[This story contains light spoilers for Us]

If you just walked out of a screening of Us with a lot of questions, that’s the reaction Jordan Peele was hoping for.

Peele crafted a film that must be viewed more than once to be understood, with the writer-director estimating there are double the Easter eggs in Us as in his directorial debut, Get Out. Even if you found them all, you’ll only be getting a portion of the story.

Peele deliberately is holding back much of what he himself knows about the backstory of The Tethered, the red-wearing doppelgangers who torment a family led by Lupita Nyong’o and Winston Duke.

“I have a pretty elaborate mythology and history of what’s going on in this film. And of course, the dilemma that comes up is how much of that do you tell?” Peele tells The Hollywood Reporter. “When there are questions left, and you know there is more to the story, your imagination is left to run wild.”

Nyong’o’s Red offers the first cryptic hint of the true origin of the doppelgangers via a chilling second-act monologue, in which she addresses her own double, Adelaide Wilson (Nyong’o), as well as Adelaide’s husband, Gabe (Duke), and their children, Jason (Evan Alex) and Zora (Shahadi Wright Joseph). With a haunting voice, Red explains that there was once a girl who was tethered to another girl who lived underground. (Things only get stranger, and creepier, from there.)

Nyong’o worked hard to find Red’s frightening voice, basing it on a real-life medical condition called spasmodic dysphonia, which can be caused by emotional or physical trauma.

“Your vocal cords involuntarily spasm, creating this odd airflow,” says Nyong’o, who was inspired after hearing someone with that condition speak. “I worked with my ENT and a vocal therapist to be able to do it but keep my voice safe, because it’s quite dangerous for a healthy vocal box to do that kind of thing. Then I built off of that.”

On days that Nyong’o had to film as Red, she stayed in character, with Peele admitting he had some trepidation when he’d need to go to her dressing room to discuss their work. 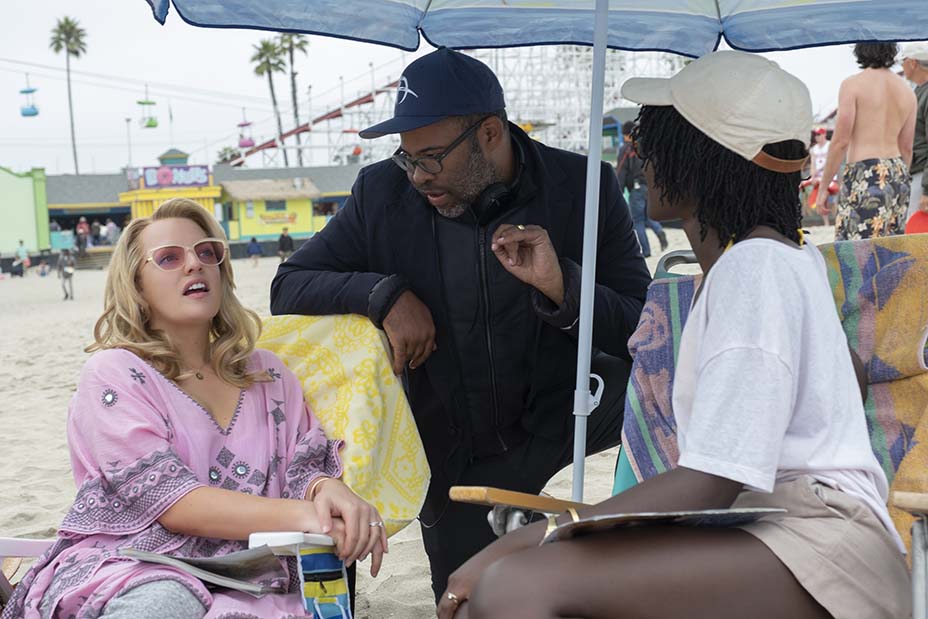 The two built a strong working relationship, with Nyong’o reading Peele’s script over and over to internalize the intricacies of her two characters, and calling him up for advice on weekends to talk it over.

“The way Jordan works is he has this kernel of an idea and an incredible script that he’s always refining. He’s an improviser,” says Nyong’o. “The more we did, the more we found out about these characters, the more he developed it as we went along. It was an always- changing process until the very end.”

Even before Peele offered Nyong’o the part, he asked her about her process and what she needed from a director.

“It actually brought me to tears. I was like, ‘Nobody has ever asked me that,” recalls Nyong’o. “No director had.” 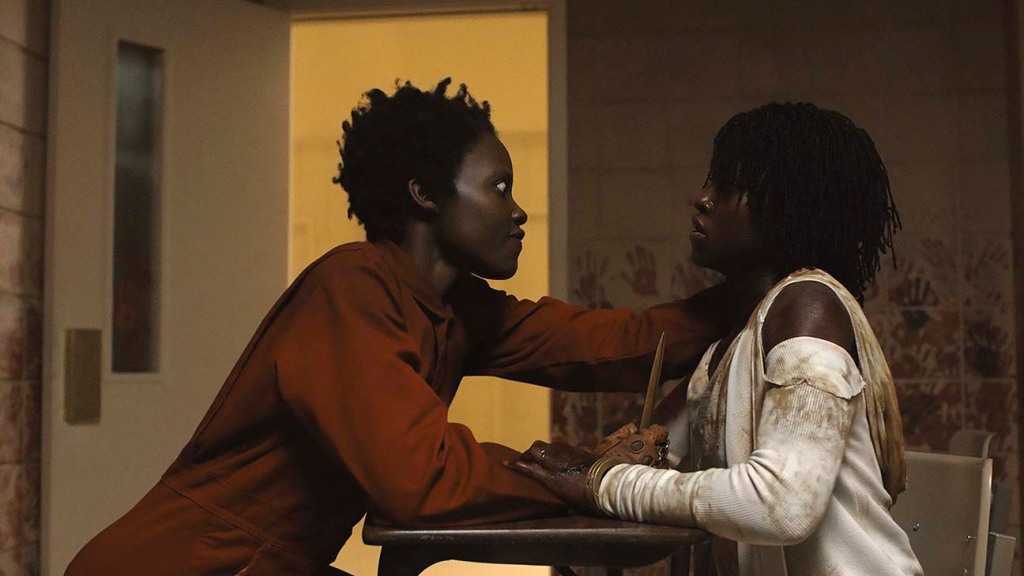 Perhaps even more than Peele, Nyong’o is protective in interviews of the film’s secrets. It’s not much of a spoiler to reveal that Adelaide and Red have an impressive confrontation in this film, but the actor is hesitant to discuss it, only offering that she took ballet classes to get it right.

“It was a lot of physical exertion that went into this film and a lot of stylistic approach to it,” Nyong’o says. “And it was really cool to combine that, the combat and the ballet and the physicality of these two characters.”

Though Us centers on a black family, Peele has noted this is not a film about race in America. However, it does have a lot to say about the divide between the privileged and those who are denied access to the things they need.

For Duke, playing Gabe’s doppelganger, Abraham, was not a chance to be a villain.

“I never, ever judged Abraham. I never said he was a bad guy…he was just a guy finally getting a chance to live in the light,” Duke says. “Gabe gets to have health care. Which manifests in his glasses. He gets to see. He gets to talk, he gets to express himself. Abraham doesn’t. He’s squinting and is very tactile.” 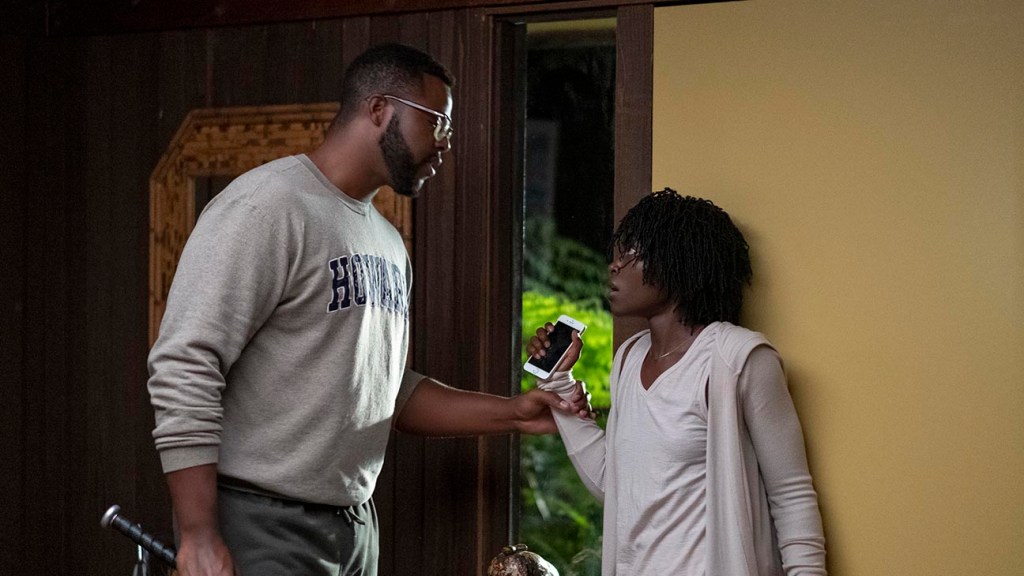 Two years ago, Peele surprised audiences with Get Out, which earned the first-time director an Oscar win. The social thriller ended on an upbeat note, with hero Chris (Daniel Kaluuya) winning in the end. But there was a darker, original ending, which saw Chris go to prison. When it comes to Us, Peele confirms there’s no alternate ending; it is what it is. At the same time, it feels like there could be more to the story, with so many questions left open and Peele apparently knowing the answers to some of them.

The filmmaker has spoken about M. Night Shyamalan’s Unbreakable being one of the many films he drew inspiration from. That film ended up secretly launching a trilogy with Split and Glass added to its story. Could Peele be planning something similar with Get Out and Us?

“Anything is possible,” Peele says, with a slight twinkle in his eye.

Looking at 'Us' Through Black Identity and Trump's America