The last time Luc Besson made a sci-fi film (1997’s The Fifth Element), it cost $90 million and contained 250 special effects shots, including Bruce Willis’ famous flying taxicab. Now, 20 years later, he has spent twice as much on Valerian and the City of a Thousand Planets, but for nearly 10 times the eye candy, with a whopping 2,355 visual effects shots, some 600 more than Rogue One.

“We were filming basically every day in front of a bluescreen,” says actress Cara Delevingne. “Out of six months, only two weeks were under normal circumstances.”

Effects include a 500-floor, cavern-like alien marketplace; a crab monster called a Megaptor; a space station known as Alpha; and a luxury spacecraft, the Lexus Skyjet, designed with the help of real-life Lexus engineers. There’s also a slew of new alien species, including the snout-nosed Doghans, the giant Bromosaur and a 7-foot-tall, human-ish CG creature named Igor Siruss, voiced by John Goodman. 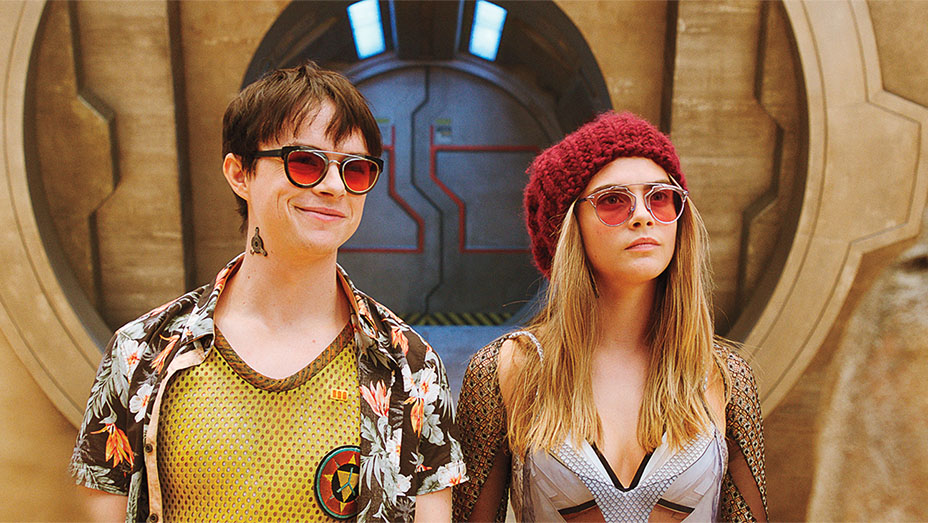 But it’s the Pearls — an ethereal, willowy, semitransparent race — who play a crucial part in the story. “They live an idealistic life that’s horribly interrupted by a space battle,” explains Martin Hill, a VFX supervisor at New Zealand-based Weta, which did many of the film’s effects (Industrial Light & Magic and Rodeo FX were among the other contributors).

The Pearls are based on motion-capture performances, but “Luc wanted something even more alien,” says Hill. “So there’s augmentation to them. Their eyes are further apart and tilted, and their temples are sunk in. The less human you go, the more subjective beauty is; it was an interesting line to make sure we kept them beautiful.” Delevingne adds: “All of them [playing the Pearls] were friends. A lot are models whom I’ve worked with.” The Pearls also have a unique way of expressing themselves. “Luc wanted them to emote in different ways,” says Hill. “He wanted them to change color or have patterns rolling over their bodies.”

At least one effect in Valerian, however, isn’t new. Watch the film carefully, advises Hill, and maybe you’ll catch a brief shot of Willis’ flying taxi.

This story first appeared in the July 12 issue of The Hollywood Reporter magazine. To receive the magazine, click here to subscribe.