Harbinger is a title with a long history for Valiant Entertainment. As part of the first wave of releases for both the original 1990s and revived 2010s incarnations of the comic book publisher, it’s been at the center of Valiant’s shared universe of storytelling from the start. Next year, the series returns with new focus and new ambition.

The slightly retitled The Harbinger will be written by Jackson Lanzing and Collin Kelly (IDW’s Star Trek: Year Five, DC’s Gotham City Garage), with artwork from Robbi Rodriguez (Marvel’s Spider-Gwen, DC’s Goddess Mode), and will pick up the story of Peter Stanchek — one of the most powerful psionics in the Valiant Universe, as well as one of the most reckless — after the events of the earlier Harbinger and Harbinger: Renegades series.

“The Harbinger is the next big step forward in the Valiant Universe and Peter Stanchek’s promised rebirth as a hero, a leader, and a revolutionary,” promised Jackson Lanzing. “It’s unapologetic in its politics, diverse in its cast, and intimate in its drama. Collin and I love to tell stories that balance character deconstruction and social analysis, and there’s no one in comics who needs a little deconstruction and social awareness more than Peter.”

“We’re incredibly honored and excited to tell this story, taking all of who Peter Stanchek was, and evolving him into who he can be,” added co-writer Collin Kelly. “Though he’s one of the most powerful people on the planet, like many of us, Peter has made mistakes. People have been hurt. We have no interest in ignoring that part of the character’s history; by acknowledging those mistakes and taking responsibility for them, Peter will become the person — and the hero — he has always had the potential to be. This is a story about using privilege to support the marginalized; this is a story about owning your mistakes, and using them to grow. Peter Stanchek will be more than a hero; he will be a harbinger for the world we want to see.”

“We’re especially excited to reveal to long-time fans the way this new story fits into Peter’s saga,” said Lanzing, “but this is also a brand new era, a great jumping-on point brought to life in vivid, groundbreaking, and ultimately very human work by Robbi. This character has become iconic because we can all see the best — and the worst — of ourselves in Peter Stanchek. It’s time to take another hard look at the person in the mirror, so we can discover the hero on the other side.”

“When Collin, Jackson & I first started mapping out this project, we weren’t expecting the themes we are tackling to be as relevant in our own lives as they have become,” Rodriguez said of his work on the series. “As we see everyone facing more each day, people can feel a change is coming. It makes it all the more fitting that it’s called Harbinger, the herald of change.”

The Harbinger will launch Summer 2021. More details, including the colorist and letterer for the series, will be released in the coming months; below, find sneak peeks of Rodriguez’s pencils and inks from the first issue. 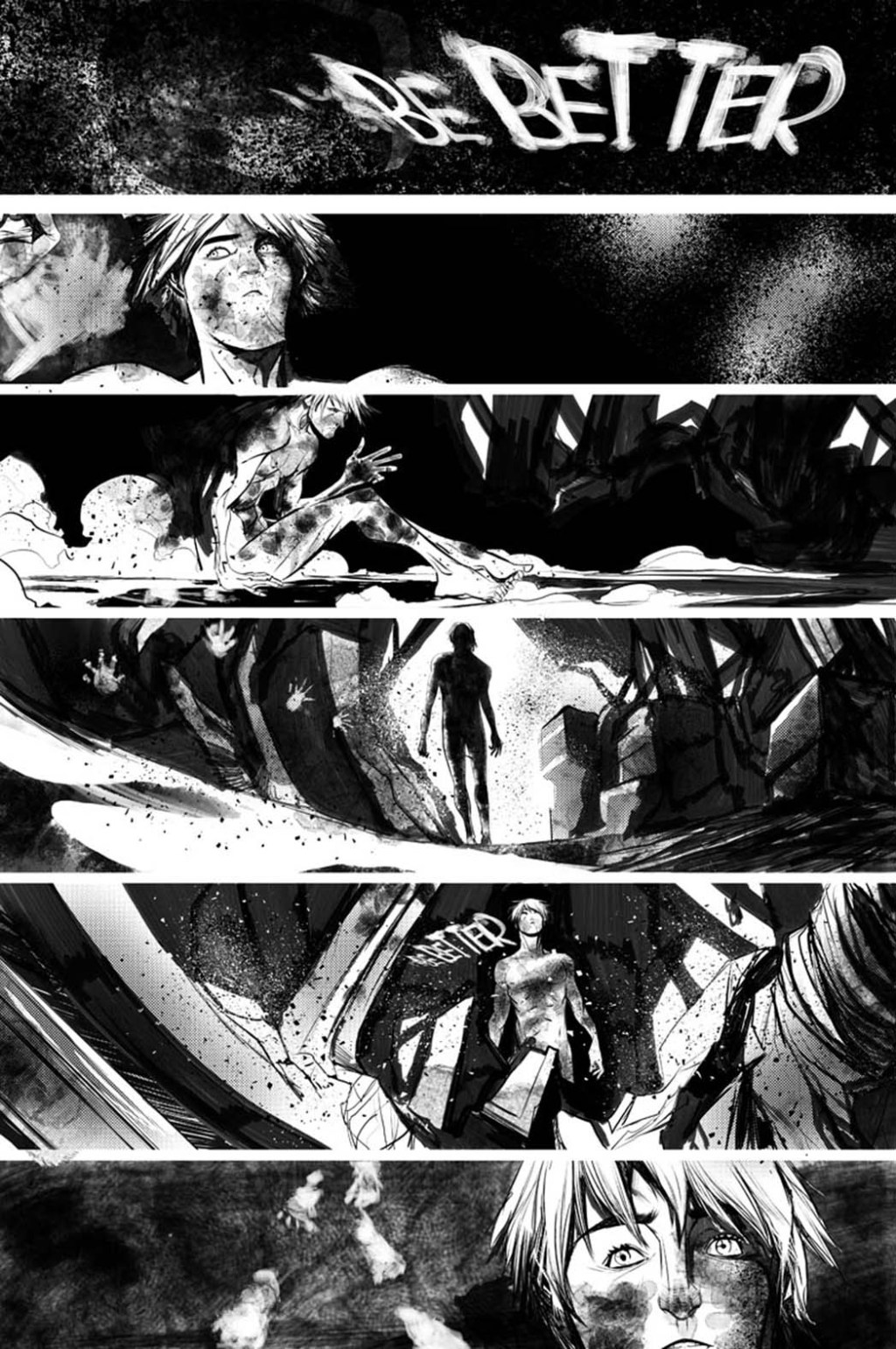 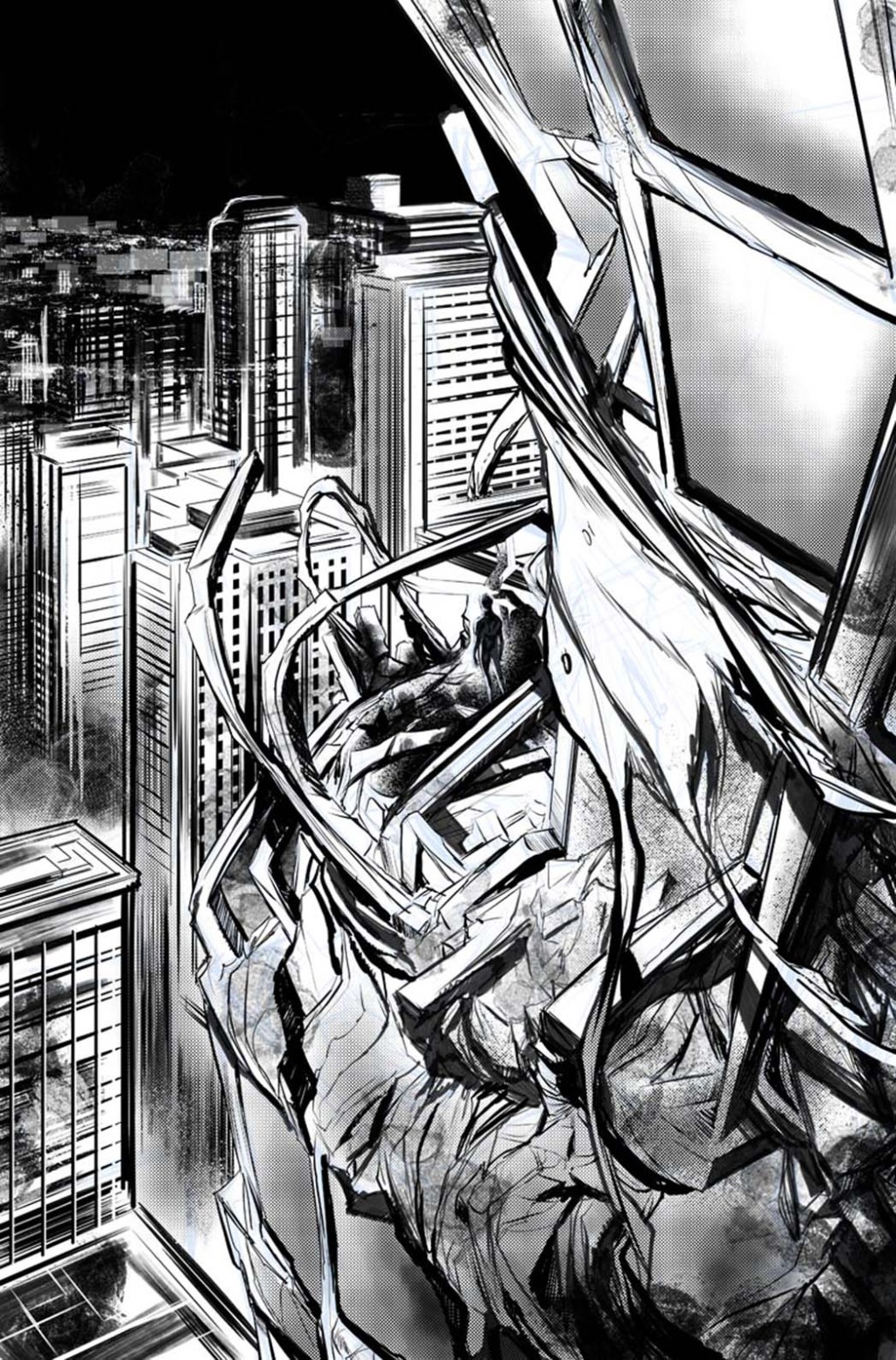 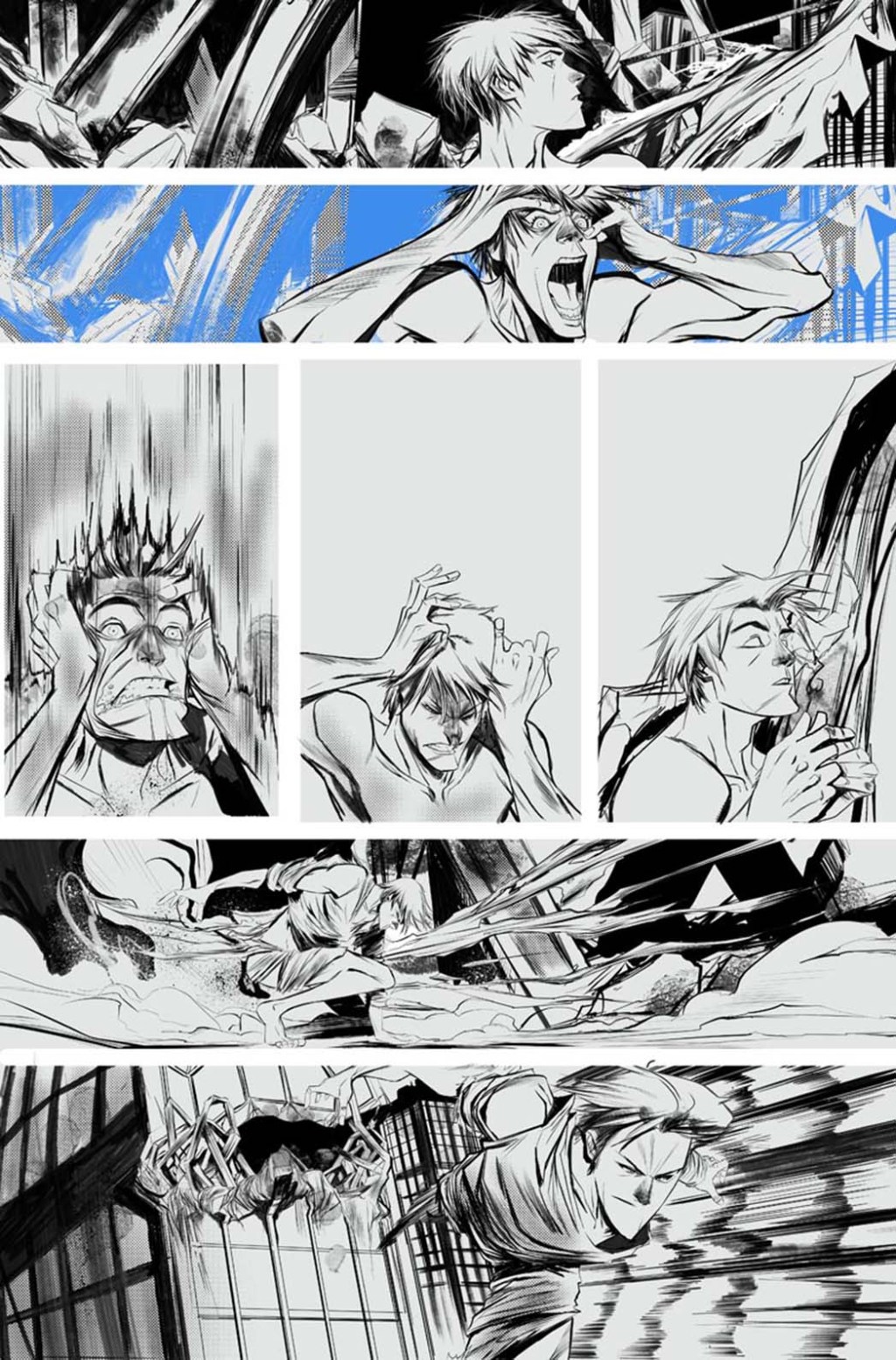 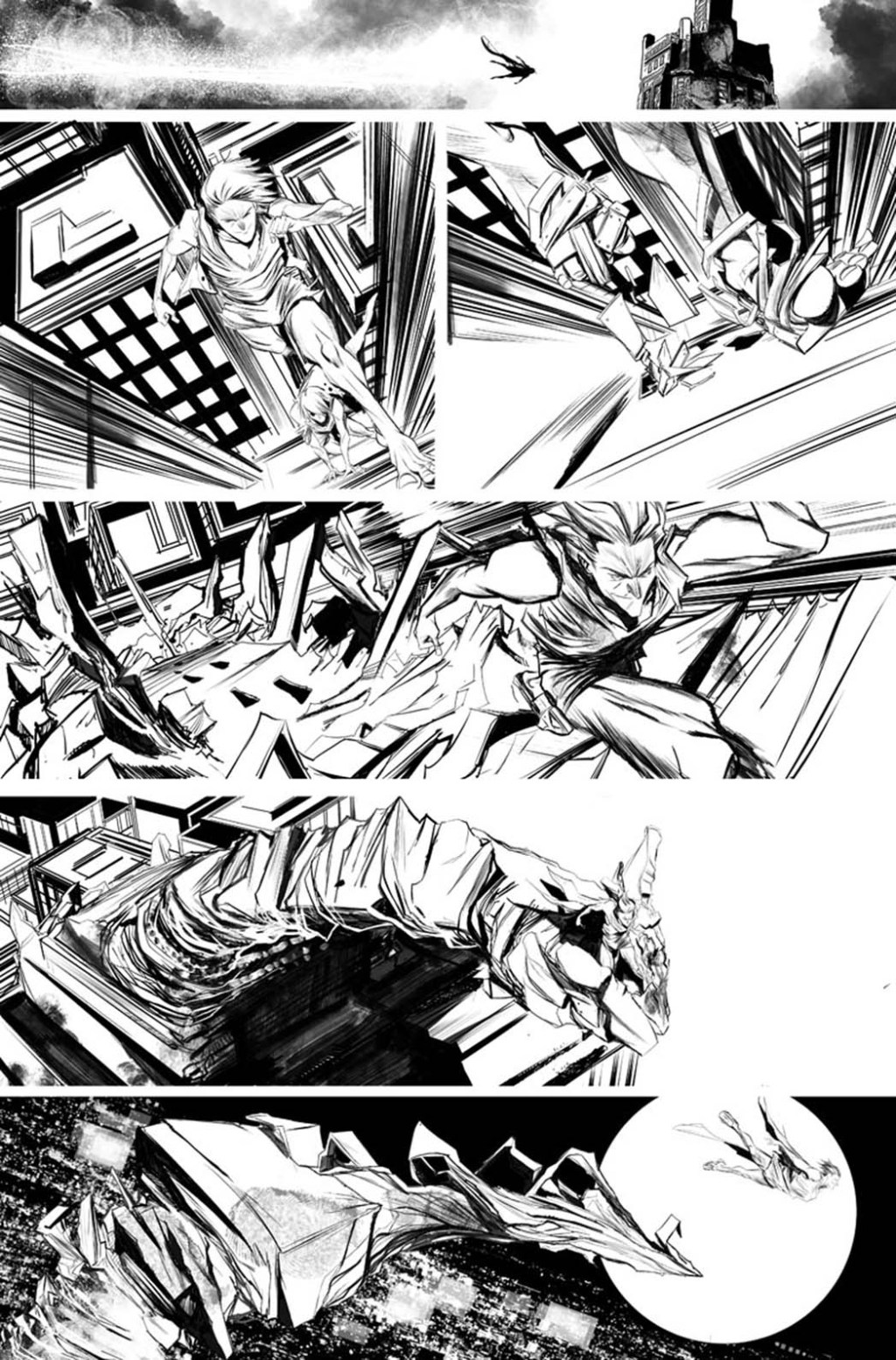 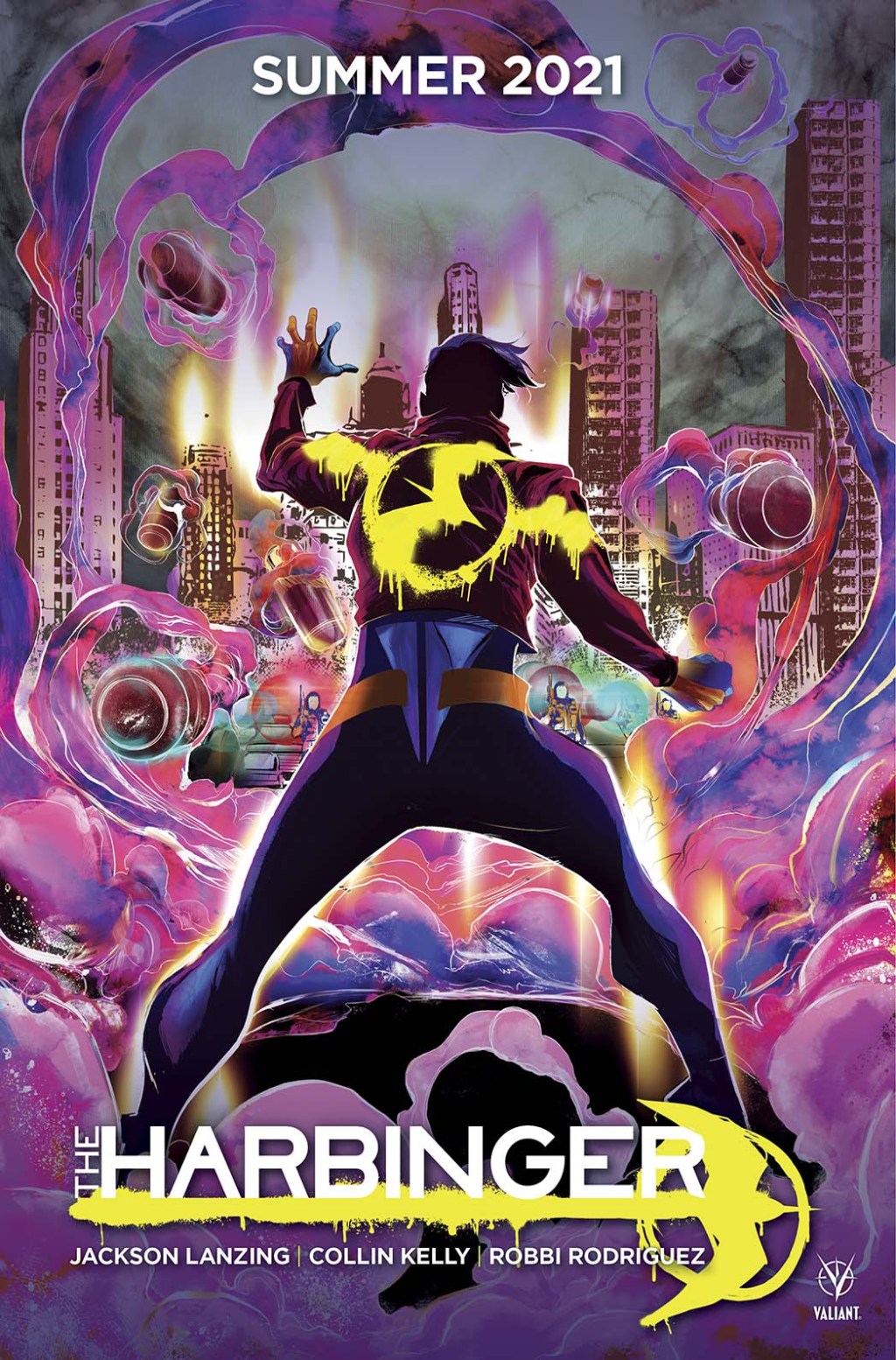