Continue to The Hollywood Reporter SKIP AD
You will be redirected back to your article in seconds
Skip to main content
November 11, 2018 9:30am

At one point during the Iraq War, Gerald Della Salla found himself steering a Humvee through a minefield on the frontlines. Another time, he ended up huddled in a ditch surrounded by injured comrades. Remarkably, the one thing that sustained him through both ordeals — and other, even more horrifying war experiences — was his training as an actor.

“Of course, I viewed the events around me as real,” he tells The Hollywood Reporter. “Being shot at and getting hurt was real. But I could also see myself playing a soldier. I tried to view every wartime horror as an experience I could later use in a scene, including the times I lost close friends in action — in one case just down the road from where I was. It didn’t always work.”

Della Salla, 49, whose appeared in movies like Green Zone, Trooper and A Christmas Blessing, is one of a score of Hollywood actors who have spent time in the armed forces — and virtually all of them say their experiences with combat have radically altered the way they approach their craft, sometimes for the better, sometimes not. Actors coming home from war face unique challenges, not least disillusionment. But the military can also make them better at their art, giving them access to emotions that most people never have to confront as well as freeing them from their lesser fears. As Star Wars’ Adam Driver, who was in the Marines before attending Juilliard, once put it, “Compared to the military, acting isn’t that difficult.”

For some warriors turned actors (and vice versa), battle has been liberating, forcing them to seize the day, take risks and venture down career paths they would not have chosen otherwise. “At the end of the Gulf War, I realized life is short and I’ve survived and now is the time to do what I want,” said Army veteran Mark Valley, 53, who ended up appearing on such TV shows as Boston Legal, ER, Harry’s Law and Body of Proof. “I sometimes think I became an actor to undo some of the experiences I had in the military.” 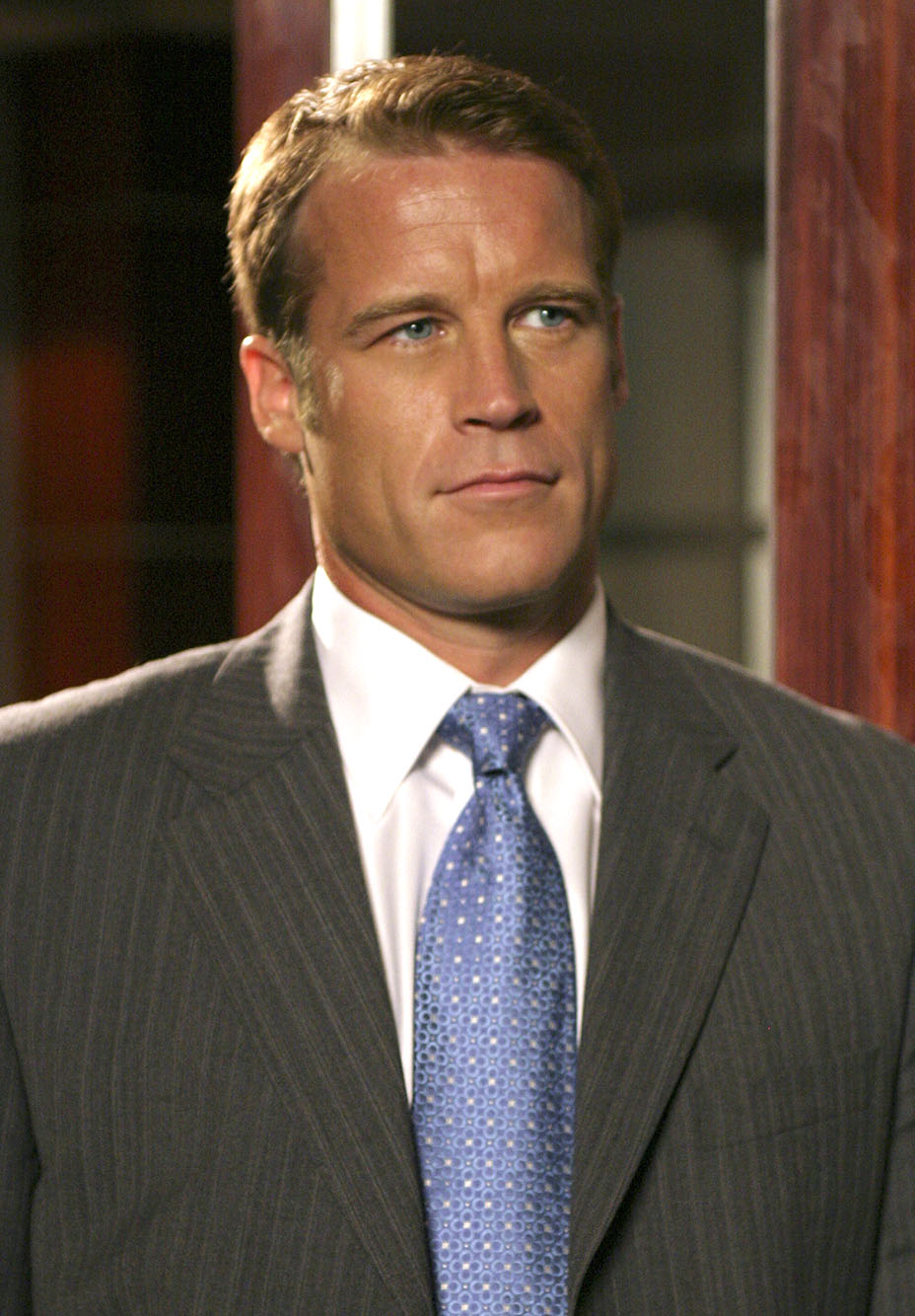 For others, the military offered a window into humanity no Stanislavski class ever could. “I realized there’s so much more to people than what we see on the surface,” says Brent Harvey (Submission, Struggling, Vice), who served as a combat photographer in the Marines from 1999 to 2003, where he encountered scenes both heartbreaking and heart-lifting, like a mother and father pushing their mangled daughter through rubble in a makeshift wheelchair. “When I meet someone now I can’t help but wonder, ‘What’s their story?’ I have a responsibility to tell their stories to help bridge the language, cultural, religious gaps.”

As it turns out, the military and the movie business have a few things in common. Both require discipline, resilience and thick skins. They also both teach a person how to think on one’s feet — “to adapt and overcome,” as the Army puts it. It’s obviously great physical training, as well, not to mention mental.

Like any other Marine, Harvey, 37, carried 50 to 80 pounds of gear (in addition to his cumbersome camera equipment) and he was expected to take pictures in the middle of the most dangerous conditions without risking his or anyone else’s life. “You’re looking through the lens for framing, lighting, storytelling and it’s very easy for that lens to become a divide between you and the reality of what’s happening all around you,” he says. “That was something I had to learn.”

The big takeaway for all of the veterans was discovering just how much they were capable of.

But serving in the military has its drawbacks for an actor. All that psychic armor built up over multiple tours of duty can get in the way of performing. And the logic of the military — the A-leads-to-B-leads-to-C training protocol — doesn’t always translate in Hollywood. “I had a clearly defined idea of what precise steps needed to be taken in order to achieve success,” says 28-year-old screenwriter and Army veteran Daril Fannin (Netflix’s Green Beret’s Guide to Surviving the Apocalypse). “I truly believed, for example, that talent necessarily led to success. I was very naive.”

Rob Riggle (Saturday Night Live, The Daily Show, 30 Rock, Arrested Development and The Office) faced more pedestrian challenges. A Marine Corps Reserve lieutenant for 23 years (1990-2013), including 14 years on reserve duty, he had to learn to juggle his military life with his stage career. “I’d do SNL and after rehearsal I’d walk over to 45th Street on Lexington Avenue to do my Reserve drills,” the 48-year-old actor remembers. “On The Daily Show I would fly out of New York to San Diego where I’d go to the Marine Corps Station Miramar every weekend for two years. One week of the month I’d be attending the Command Staff College.” 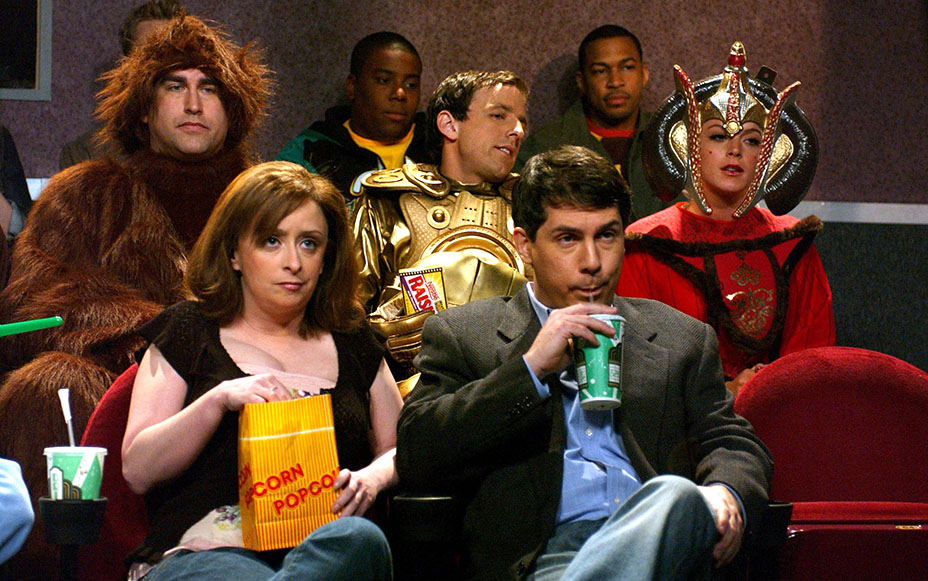 Not surprisingly, a lot of combat vets find some of their first acting jobs in war movies, where their real-life experience is especially valuable. Although for some directors, real life isn’t always real enough. When Valley auditioned for his part as a Navy SEAL in Zero Dark Thirty, Kathryn Bigelow asked him to “be more military.” He took it as a compliment. “When I first started acting, I had difficulty processing my military experience, but I feel it’s the job of every veteran to become a civilian again,” he says. “I’ve been a soldier and played one. I now want to be a civilian and play one.”

Playing soldier can be especially difficult for an actor who actually was one, particularly while shooting battle scenes. When Della Salla, who served as a sergeant at the infamous Abu Ghraib prison in 2004-05, took a role as a soldier in the Matt Damon Iraq War movie The Green Zone, he found himself revisiting all too familiar territory. “On the set it was a hodgepodge of looting and things imploding all around you, and it sounded like real artillery fire,” he says. “It was a challenge to deal with all of that again, and I’m thankful as an actor I was able to get through it. It was surreal, restorative and therapeutic.”

Still, Della Salla says the most difficult part of being a warrior-actor isn’t the fake gunfire or on-set explosions — it’s the sound of indifference. “Here I was sitting around with actors chatting away on their cellphones,” he says of being on a set just weeks after getting home from the war. “I just felt like saying, ‘Do you have any understanding of what’s going on in the world?’ Then I had to go on camera. But because I wore a helmet in Iraq, I still had tan lines where the straps had been. The casting director stared at the lines and said, ‘You should really be careful. Use sun block on your vacation.’ I nearly bust a gut. I said, ‘Yeah, I’ll remember that on my next vacation.’”