The Industrial Light & Magic-created dinosaurs of Jurassic Park have experienced their own evolution since they first appeared onscreen in the 1993 original, and they got yet another overhaul in the $170 million Jurassic World: Fallen Kingdom, which has grossed $1.3 billion worldwide since its June release and is now vying for Oscar’s attention in the visual effects race.

“It was really important to me that we build them in a scientific way. The human eye is so incredibly perceptive, and if you try to invent these details, then the audience is aware of the fact you’re just making stuff up,” VFX supervisor David Vickery told The Hollywood Reporter in October at the VFX and animation conference VIEW in Turin, Italy. “The reason people love the dinosaurs so much is because they’re real. They’re not fantastic creatures; they existed.”

In Fallen Kingdom, all the film’s CG and animatronic dinosaurs — 21 species, including seven new ones — received a fresh look. The work on each creature began with studying dinosaur fossils, and the team took cues from living animals. Take, for example, the Baryonyx, a theropod that is believed to have had aquatic tendencies. Vickery says its skin was inspired by that of crocodiles and alligators, while its feet mimic those of ostriches and emus. “The bone structure of those large birds is very similar,” he explains. “That reality is a visual anchor for the audience, and your brain accepts them because you’re seeing details with which you are familiar.” 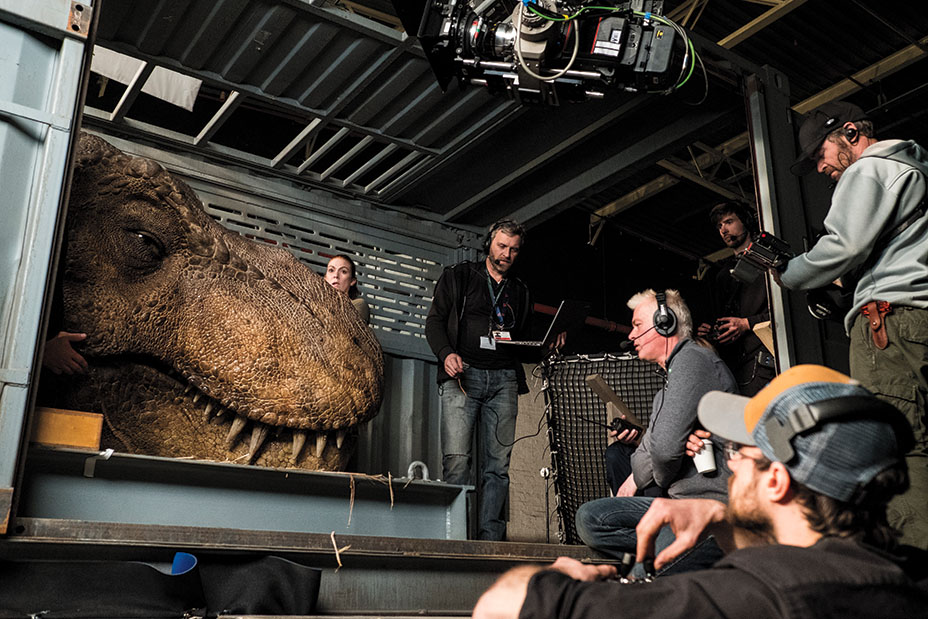 In scenes that didn’t require a full-length dinosaur, creature supervisor Neal Scanlan and his crew built animatronics — this time using digital blueprints to print 3D parts. “We made a full-size T. rex — the head to the back of the shoulders — that was 3D-printed from ILM’s digital files. It was like a huge dinosaur jigsaw puzzle,” Vickery says. The animatronics were then touched up with digital tools where appropriate. “In one shot, we might replace the head. In another, maybe just the eye.”

Where there were no animatronics, the VFX team made sure there was some sort of representation of the dinosaurs on set for the actors to relate to. Sometimes it was simply a Styrofoam hat that a performer wore. Other times, inflatable dinosaurs were used. The sense of reality was further enhanced by shooting live-action scenes in Hawaii, which eliminated the need for stage-bound greenscreen work. (Vickery notes that moviegoers have become “very savvy” about recognizing when actors are working against a greenscreen.)

Led by special effects supervisor Paul Corbould, the VFX team also built part of a roller coaster at Pinewood Studios in the U.K. for a scene during which the characters played by Justice Smith and Bryce Dallas Howard go off a cliff in a gyrosphere. “Paul worked out the perfect trajectory to get this moment of zero-G,” says Vickery, an Oscar nominee for Harry Potter and the Deathly Hallows: Part 2. “We wanted to see an authentic reaction on their faces. We put them in the roller coaster, and we filmed it. Their reaction is priceless. You believe them, so you believe the shot.” 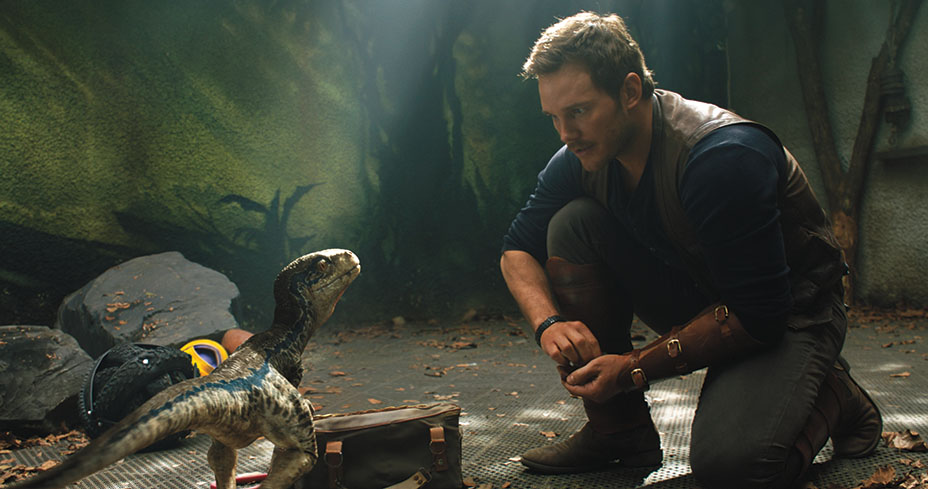