With three episodes left of WandaVision and Captain Marvel II on the horizon, Teyonah Parris is bursting with excitement. If you’re familiar with Captain Monica Rambeau’s history in Marvel Comics, then it’s even easier to understand Parris’ palpable glee. In the meantime, Parris is looking back at WandaVision’s first six episodes and the traumatic three weeks Rambeau has had since returning from the blip. Even though Wanda (Elizabeth Olsen) cast Monica out of her Westview hex, Parris still believes that the two women can help each other through a shared experience.

“Once Monica sees Wanda and realizes that she’s grieving, she recognizes their parallel experiences and that they’re both grieving loved ones,” Parris tells The Hollywood Reporter. “So I think that Monica is handling [her grief] in the best way she can. I’m not saying it’s the most effective and most therapeutic way, but I do feel like she is trying to reconcile with her own grief by helping Wanda with hers.”

In episodes two and three, Monica posed as Wanda’s neighbor “Geraldine” until Wanda caught on that she was an imposter. Despite the in-universe mystery surrounding Geraldine’s true identity, Parris is glad that Marvel revealed she was playing Rambeau at Comic-Con 2019, versus waiting until episode four’s confirmation.

“Kevin Feige got on stage at Comic-Con and was like, ‘Monica!’ So I don’t know that they ever thought anything different,” Parris explains. “That was one of the most amazing, fun things to have experienced, especially now that we’re all in a pandemic and quarantine.”

In a recent conversation with THR, Parris teases WandaVision’s “epic and incredibly sad” ending, what she learned from Akira Akbar’s take on 11-year-old Rambeau in Captain Marvel and the chaos of shooting episode four’s tragic hospital scene.

So how long was your original audition process, and did you manage to keep everything secret?

I was able to keep it all a secret because I forgot about it. (Laughs.) A couple weeks went by, and as an artist, you do these auditions and then you have to let it go. I have to forget about it. The audition itself was not very long. I put myself on tape and sent in a tape. And then I got notes, and did it one more time because I didn’t understand the sitcom aspect. I was like, “I don’t quite get this. Y’all said this was for Marvel? I’m unsure.” So they just were like, “Have fun with it.” So I did it again, sent it off and forgot about it. And a couple of weeks later, they were like, “You got the part,” and I was like, “Yay! What’s the character?” I didn’t know the character yet, but I found out it was Monica Rambeau, who was played by Akira Akbar in Captain Marvel. We saw her as a young girl, and now I would be the adult version. So that was fun. 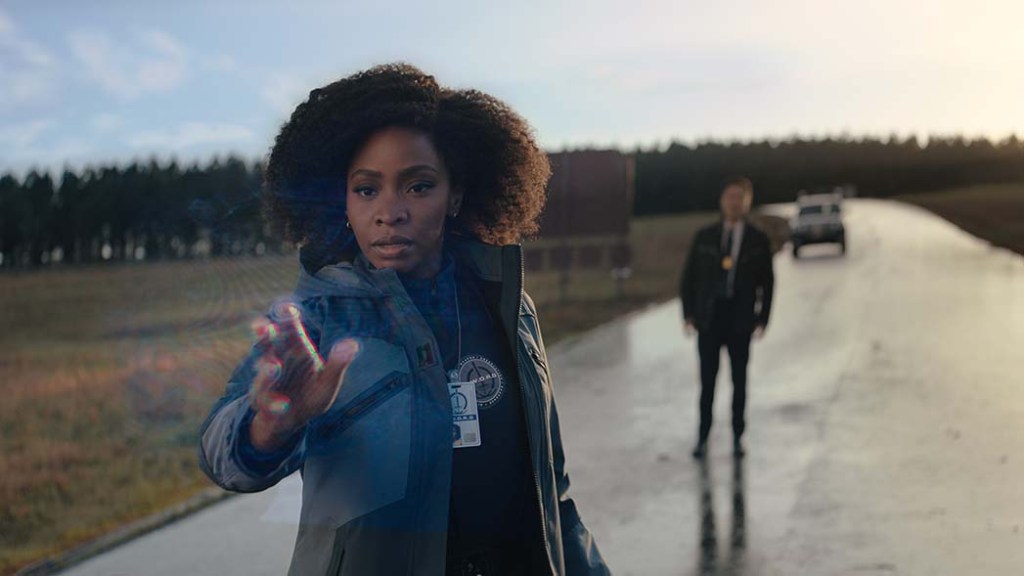 Speaking of Akira, did you maintain any particular details or mannerisms from her performance in Captain Marvel?

I wouldn’t say there were any specific mannerisms, so much as just trying to capture her essence of who she was. Who you are as a young child isn’t necessarily who you’ll be when you grow up, but I do believe that there are certain aspects of personality that might trail on. She was such a curious, ambitious, fun and very smart little girl. So I tried to use her essence moving forward. 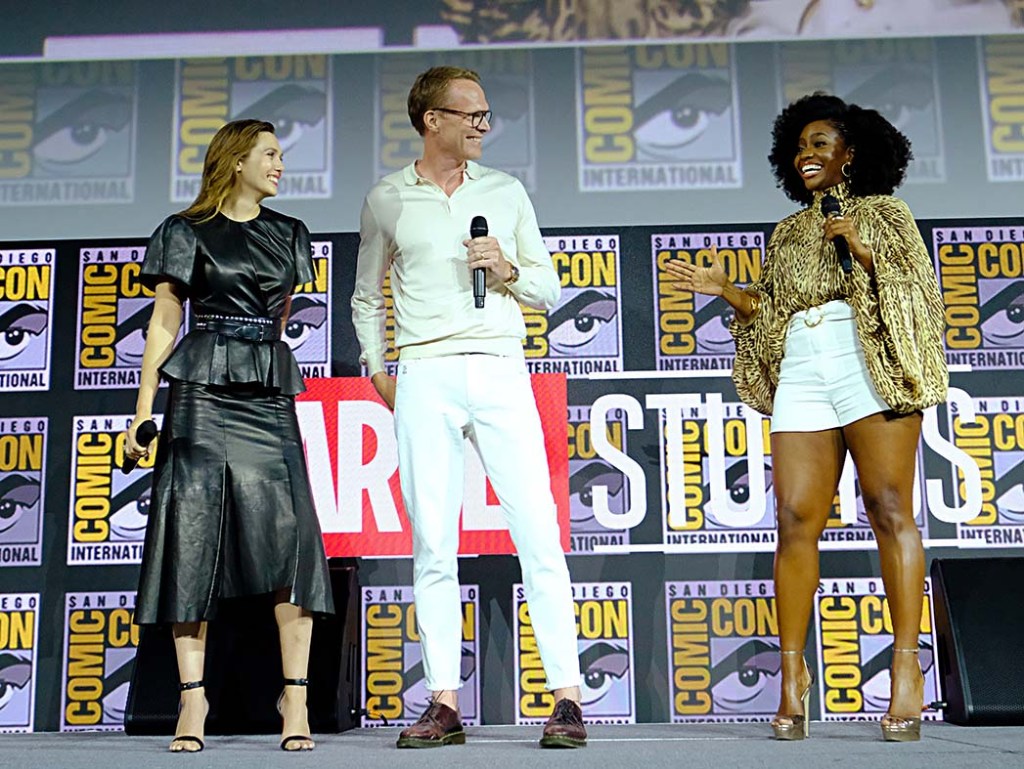 To your knowledge, was there ever any talk of only announcing that you were playing a character named Geraldine, which would’ve saved the Monica Rambeau reveal for episode four?

(Laughs.) I never heard that. Kevin Feige got on stage at Comic-Con and was like, “Monica!” So I don’t know that they ever thought anything different.

Episode three created quite the mystery surrounding Geraldine’s identity, and given how secretive Marvel usually is, I was just a bit surprised that they didn’t try to pull a fast one.

Listen! Don’t take my Comic-Con 2019 experience away from me. (Laughs.) That was one of the most amazing, fun things to have experienced, especially now that we’re all in a pandemic and quarantine. So let me have that. (Laughs.) You’re like, “They should have saved it!” Nooo! Nooo! (Laughs.)

You’ve definitely got a point there. Episode four still plays as a surprise to those viewers who don’t track Marvel’s every casting move. Anyway, since Monica returned via the blip, she’s had quite the whirlwind. In the span of three weeks, she’s learned about Maria’s passing, been sucked into — and then ejected from — Wanda’s hex. Thus, she’s had very little time to grieve Maria or reconcile her own 5-year disappearance. Do you think she’s going to have to address these traumas sooner rather than later?

I think she is addressing them in the best way she knows how, which is through work. She’s very much a person who loves her job. While missing persons’ cases aren’t typically in her wheelhouse, this has turned into much more than that; it’s more like a missing-town case. And once Monica sees Wanda and realizes that she’s grieving, she recognizes their parallel experiences and that they’re both grieving loved ones. So I think that Monica is handling it in the best way she can. I’m not saying it’s the most effective and most therapeutic way, but I do feel like she is trying to reconcile with her own grief by helping Wanda with hers. 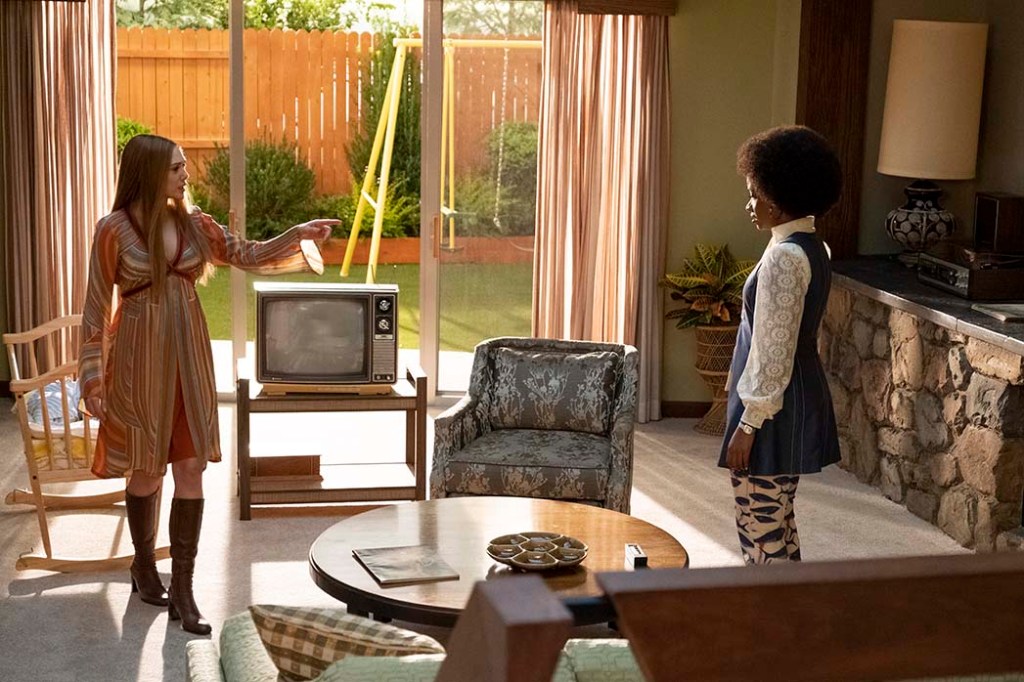 In episode four, we saw the way in which Wanda ousted Monica from the hex. Did you get to do any wire work for that stunt?

Yes, I did. It was my first time. It was very awkward and challenging because you have Lizzie [Elizabeth Olsen] on the ground, giving this amazing performance, and I’m like… (Parris quietly screams in pain.) It was awful. (Laughs.) I wasn’t used to the tightness and that many straps all over me, while also trying to be in the moment, emotionally. It was challenging but fun. Everybody laughed, I laughed and we just tried to get through it. Matt Shakman had to give me extra takes for those because ooh. 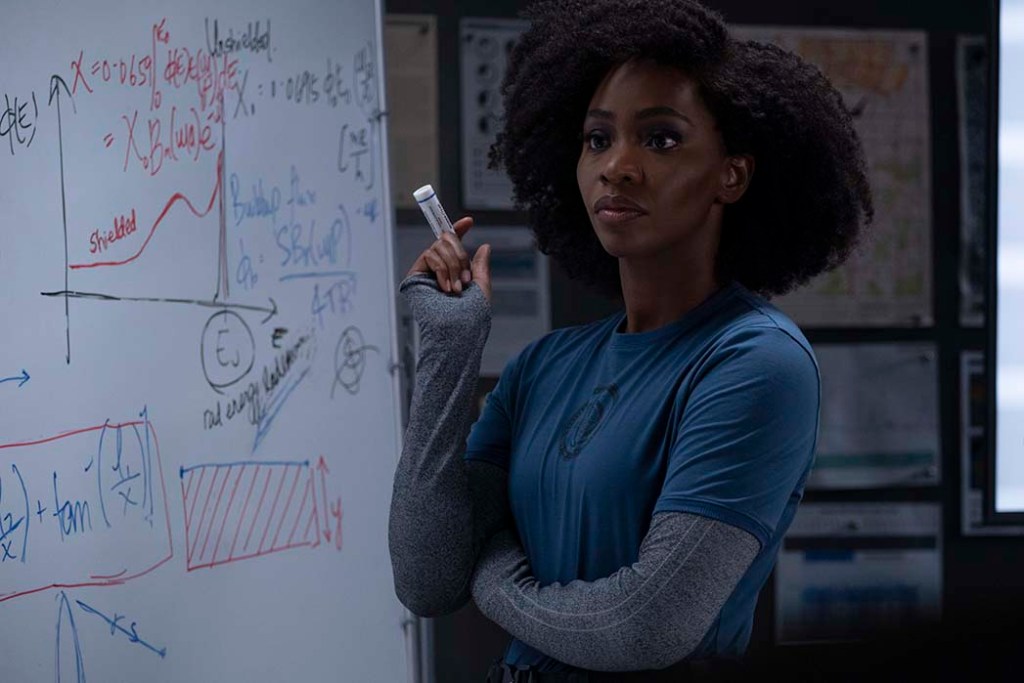 Monica seems to have an issue with Carol Danvers/Captain Marvel (Brie Larson), and most people surmise that it’s because Carol wasn’t around when Maria got sick. Will the remainder of WandaVision provide any clarity on this matter, or is this thread being saved for later?

What I can say is that we have a couple more episodes to go, and we also know that Monica will be in Captain Marvel II. So there’s quite a bit of real estate left for us to explore that relationship. I don’t want to ruin it for anyone so I’ll just leave it at that.

Captain Marvel II is also a Candyman reunion between you and filmmaker Nia DaCosta. When you found out you were going to play Monica again in Captain Marvel II, was Nia already attached as director?

No comment. I don’t know if I’m giving away anything by saying something. So I’m not going to say anything to that, but I’m really excited to join Nia and for us to come back together again. And to join Brie and Iman [Vellani]. It’s just going to be a wonderful experience, especially with Nia being the first black female to direct a Marvel Studios film. It’s gonna be exciting times.

Was there a celebratory call between the two of you at some point?

One of Marvel’s best VFX shots occurs when Monica returns from the blip. How did they handle that shot on the day?

Did the chaotic hospital scene require a ton of rehearsal since there were very specific story beats throughout it?

Yes, the fact that you had the people who are physically present, the chaos of that, and then the imaginary people we had to see. They were also there, and I think they had to step in or something. It was very technical. The camera was a Steadicam so the camera operator was actually holding it and following you. So there was a dance to making sure I hit marks because visual effects needed this space so they could add a whole human being popping up later. So it definitely was an intricate dance, and also, the emotional state I had to be in was another layer of that. So that was a very particular setup and scene.

Since you can’t say anything specific about the remaining three episodes, can you spare a couple adjectives that best describe your reaction upon reading them?

***
WandaVision is currently streaming on Disney+.

How 'WandaVision' Could Introduce Marvel's Mutants