In Lionsgate’s Wander Darkly, Sienna Miller stars as Adrienne, a young mother whose relationship with her partner, Matteo (Diego Luna), is far from perfect. After they’re involved in a car accident, Adrienne’s sense of reality is shattered completely, and Matteo guides her on a time-bending tour of her life in which she goes back to her past and into her potential future. In conversation with THR, Miller and director Tara Miele discuss the origins of the genre-shifting drama, the challenges of its formula-breaking script, and keeping track of reality while making such a cerebral movie.

Sienna, what attracted you to the role of Adrienne, and Tara, can you describe what it was like bringing elements of your personal experience to the screen as a writer and director?

SIENNA MILLER This script was like a piece of magic. And it came at a moment where I think I was really reflecting on my life and my relationships, and just where I was in that moment. It just grabbed me in a very visceral way, and a very intuitive way. I read it, and I wept. I had a vision for it. And I loved how intricate it was and how different it was. I’d never read anything like it — it reminded me of movies that I loved in the past, but it felt very interior, it felt very female and very truthful. I really campaigned to get it as a role.

TARA MIELE In terms of my personal experience, I think I had wanted for a long time to try to write a love story that was maybe inclusive of the best of times and the worst of times and that sort of told a deeper breadth of what a long-term relationship is about. And then my husband and I survived a pretty bad car crash. And we had been in kind of a rough patch, we had two little kids, and I was interested in exploring how difficult it was to be a young parent, and what that does to a relationship as well. Coming out of this weird time — we had this horrible crash and I was quite concussed — it all sort of came together. At 3 in the morning one night I was like, “Oh, I know the beginning and middle and the end of a story that I think I can pull this into, that will capture this moment for me in a way that I need to share it.” It felt like I had a deep need to share that feeling after the accident, which was such a feeling of gratitude and hope and love and appreciation. And I felt like I found a way to deliver that feeling.

What was the most challenging part of making this film?

MIELE I think because it was so important that the relationship felt real and that the performances were rooted in reality — and that the whole thing felt very organic and authentic, and that it also had this level of magic and surrealism — finding the dialogue to explain to everybody how both those things could exist at the same time … We used to joke that we’re all getting brainwashed into the Wander Darkly headspace because we’re trying to create something really new. It was like trying to create this new language. That was challenging — and every step along the way to try to explain it. 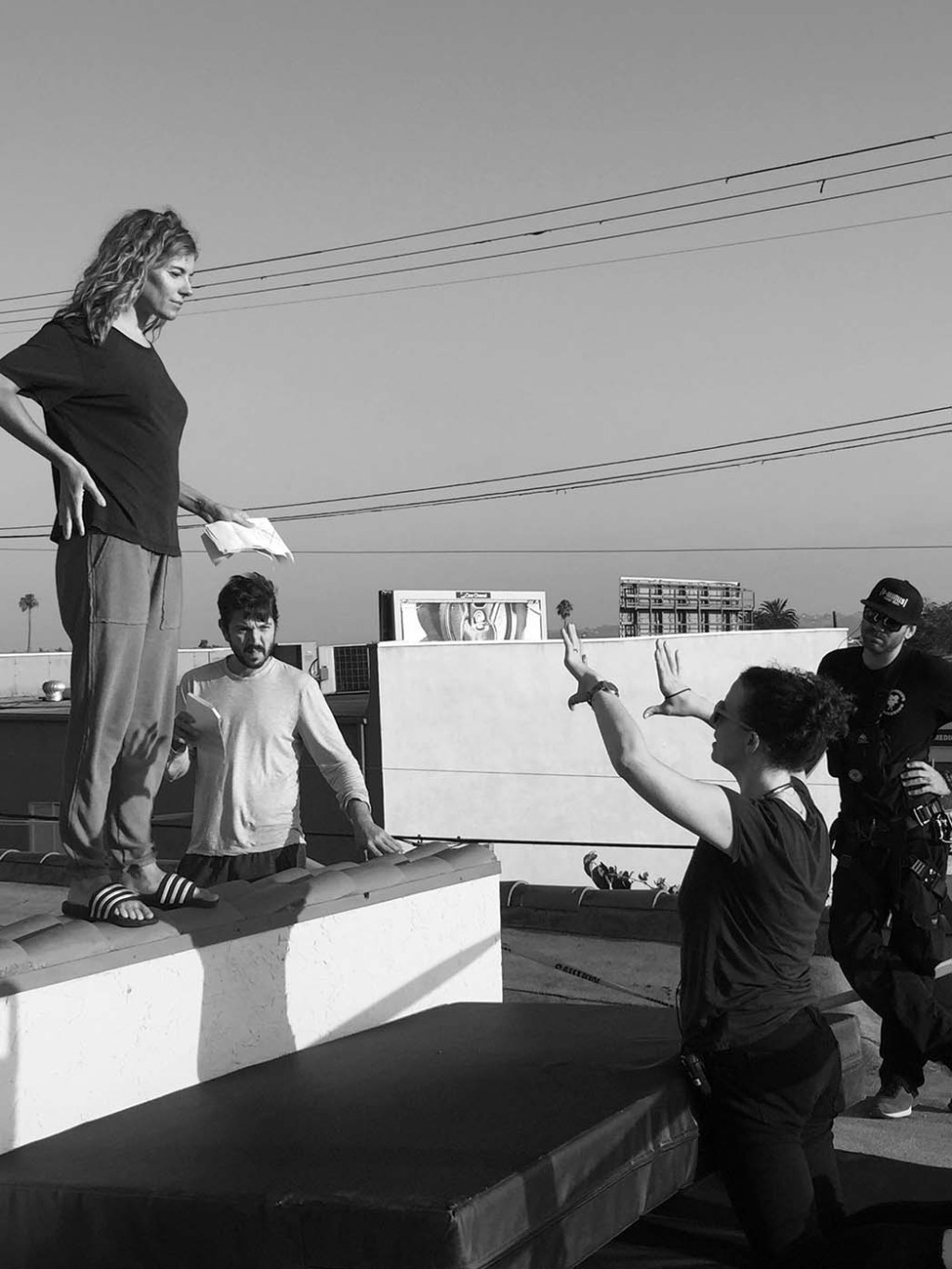 Sienna, how did you manage to keep track of what was real while you were filming?

MILLER I think I surrendered to the fact that Adrienne didn’t know what was happening at any given moment. And trusting that Tara had a very clear sense of where we were and where we were heading. If there were moments where I was completely lost, I could say, “Wait, you know, what is this?” She had all the answers. It was her story completely. But that feeling of disorientation and being lost was really essential to what that character is feeling. And I, like Tara, tried to keep a hold of it at the beginning and really try to control it, and ultimately just surrendered and got sucked into it. That’s sort of the only way to go with something like this. There’s no point of reference, particularly, that I can draw on, except: Trust your great director.

What was the most rewarding part of the filmmaking process?

MIELE I will say there were moments watching Sienna work that were so gratifying, and so moving, where she was so vulnerable and so raw, and bringing the pages to life in a way that I could never have even begun to have imagined. That was just wonderful. You sit on set, and to watch an incredible performance play out. I don’t know that there’s [anything] better than that.

MILLER For me, what was so exciting about it was that we were making something that felt completely new. There was no formula at all, [which was] terrifying in moments. Then a really rewarding moment was seeing Tara’s vision, what she had in her head come to life, when I actually saw the movie at Sundance, which was such a special experience. I haven’t seen every film I’ve ever done. It’s not something I tend to enjoy doing. But this was such an abstract thing in my mind. And being with an audience in the cinema was such a great thing that we’re all missing a lot right now.

Adrienne is followed by a dark figure that represents her trauma. Why was it important to have that darkness as an actual character?

MIELE For me, everything that Adrienne is experiencing, in her concussed state, is just the truth creeping up on her. A lot of times in grief, it’s just so hard for us to swallow the truth of loss. And reality. You know, I think Joan Didion talks about it really beautifully in The Year of Magical Thinking, where the doctor says to her, “Can we do an autopsy on your husband?” And she says, “Well, of course, because then you can figure out what happened, and I can take him home.”

I think there’s just this fantastic sense of a psychosis that happens in grief that we all accept just needs time to heal. I was interested in how the truth was creeping up on Adrienne, but she was seeing it as darkness, right? The truth is, you know, our lives are all limited. And we are all going to die at some point. I want to, like, giggle — “We’re all going to die …” — but it’s the truth that we just don’t deal with every day. We don’t face that every day. And in some ways, you need to face that truth in order to appreciate your life. It’s very much about perspective, right? What she sees is not actually what she understands. And sometimes it just takes time to see things straight, or a new perspective to see things for what they really are. 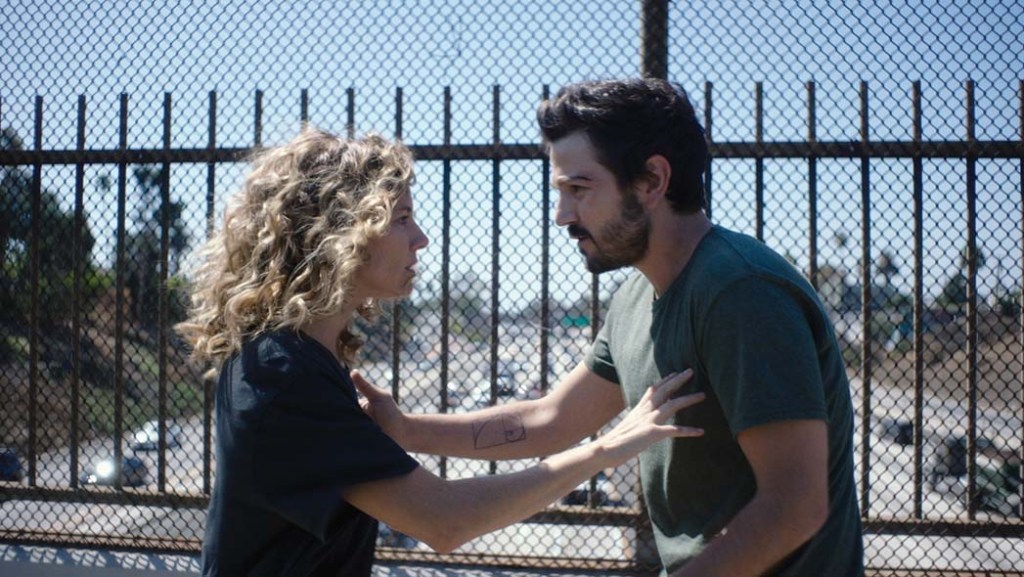 How did you feel about being able to work with trauma visually?

MILLER It’s always great to have something that’s real to respond to. I loved that part of it. I didn’t know how it was going to work. Or that it would work as well as it did. We had an amazing actor playing that part. He had this makeup on. It was [something] other people can’t see. You’re doing something that is really abnormal in a scene. But he was brilliant and committed. And yeah, I love to have it —anything I can react to in the moment is great.

We’ve all lived through this collective trauma in the past year, and I’m sure many people have gone through their own personalized hell and traumas. What do you hope that audiences are able to take from this film?

MIELE I think people are probably watching this at home with people they’ve been stuck with for a long time. The reaction that we’ve gotten, which is really beautiful, is that it makes people want to hug the ones they love, and reach out and be closer to the people they love and their families. I hope that it does that. I hope that it connects people more than when they sat down to watch it. And I hope that there’s a sense of catharsis and a lift at the end, a sense of the strength of human resilience, and maybe some perspective that it’s not all dark.