[Warning: This story contains spoilers for War for the Planet of the Apes.]

Though War for the Planet of the Apes is the final installment of Fox’s rebooted trilogy, it might mark the beginning of Amiah Miller.

In Matt Reeves’ critically acclaimed threequel — which grossed $56.5 million domestically in its opening weekend — the blue-eyed, blonde actress impressed as Nova, a mute orphan who helps the apes rescue Caesar and goes on to live with the species in their new home. The Hollywood Reporter’s review said Miller’s Nova is “a sweet blonde human girl who looks like she’s just stepped out of a fairy tale.”

Though Miller didn’t have a single word of dialogue in Apes, she’s bubbly and humorous when speaking with Heat Vision at New York City’s Edition hotel. “New York City is my favorite city in the entire world — it’s only my second time here, and I still can’t believe my face is everywhere,” says the actress, who turned 13 this past Sunday. “After dinner the other day, I hailed a cab for the first time, and it happened to be a War advertisement, so we took pictures and the guy gave us a free ride!”

'Planet of the Apes' Is the Rare Trilogy That's Great

It turns out Miller is also a history buff who loves crying on command and is about to shoot the Anastasia remake. Heat Vision highlights the five things to know about Miller:

She began her career as a model. Miller grew up in a small town in Virginia, and later moved to Florida and Los Angeles, where she lives now.At first, she didn’t seem like a likely candidate for the limelight. “I was very shy. Like, I couldn’t talk to anybody but my family for a really long time. But I always loved fashion, and I would light up in front of the camera,” she recalls. Miller then began modeling, nabbing her first magazine spread at eight years old (in Vogue, no less) and her first commercial the following year. At ten years old, she broke into acting, her current focus: “My favorite thing about it is just being able to express yourself, but in someone else’s personality and in a different character, and then when the director says ‘cut’ you’re back to yourself.” 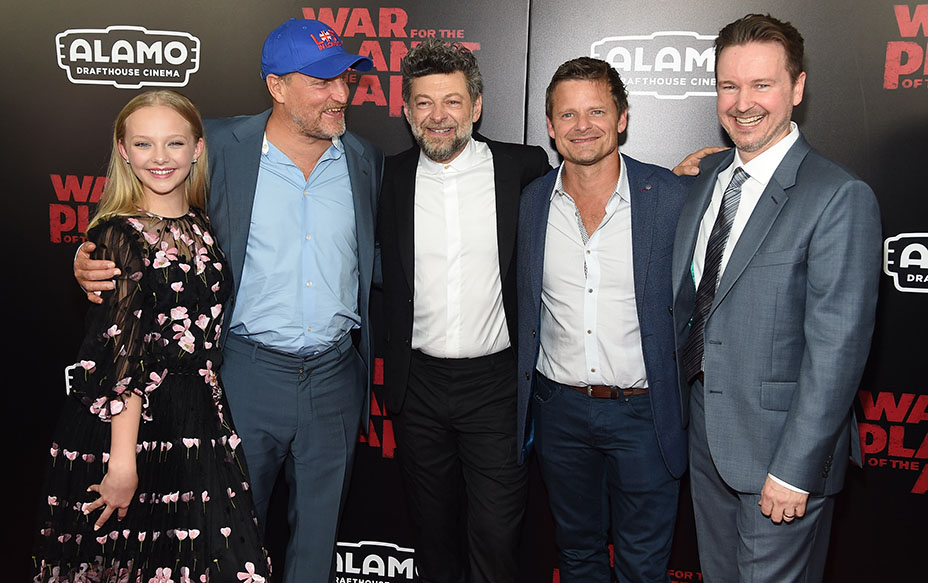 She didn’t know for which movie she was auditioning. At the time, all Miller knew was that it was a Fox film. “My first audition, I was very nervous because you had to sign a confidentiality agreement, so I knew it was for something big,” she recalls. “I had to do the scene where they find me, and I had to be scared about speaking and show certain facial expressions.”

Miller then met with director Reeves, who surprised her with the task of interacting with an ape, played by a casting director. “It was incredibly cinematic to just watch her react, and the moment that happened and I leaned forward, I knew we had to cast her and that the audience would react like that,” Reeves told Heat Vision at last week’s premiere. “We were looking for someone who could be very emotional and relate to the other apes as actors in a very instinctual way — a lot of things you don’t usually ask of young actors. But she’s such an intuitive and bright light, and wise beyond her years.”

She loves crying on command. Miller was only 11 years old during the Apes shoot in Canada. “The most scary part for me was going into the mo-cap, because they’ve already done two movies together and here I come — I don’t know anything, I’m only starting out as an actress,” she says. “I was super nervous, but they were all just so welcoming, and they really just transformed into apes — it was crazy!”

The seasoned cast sang her praises at last week’s premiere. “She’s absolutely fantastic and extraordinary, and had this honesty and innocence you can’t fake,” Andy Serkis told Heat Vision. Added Steve Zahn, “That’s a hard job to do, and for her age, we were just blown away. We bonded on set, and were always teepee-ing each other’s trailers.”

Of the role, Miller says, “It’s always been one of my dreams to play someone who represents goodness, and Nova is the goodness in humanity because she brings out the best in Caesar and other apes. I hope she brings out the best in other people too.” Plus, “crying is so, so fun for me,” she says — and jokes that she had the perfect on-set inspiration: “You know my crying scene? I was crying because between takes, I had to go do school!” 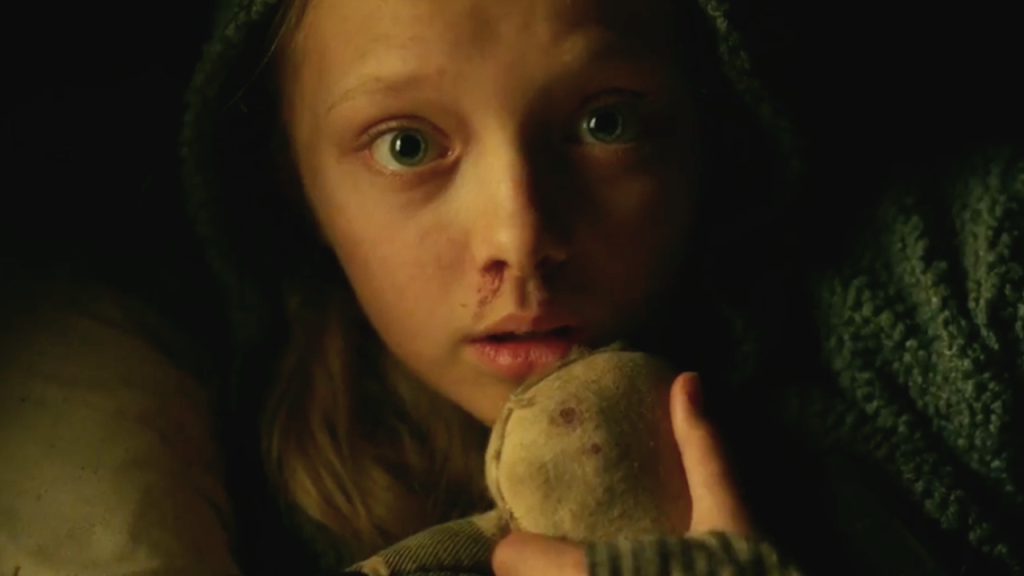 She loves history, fashion and MMA. Miller, the middle child between two brothers, tells THR that the Apes press tour combines two of her top interests: travel (going overseas for the first time and falling in love in London) and fashion (wearing her favorite designers like Dolce & Gabbana and Burberry). Her favorite subjects in school are history and writing, and she loves the movie Titanic and the CW series Riverdale.

Also among her off-set interests is mixed martial arts. “My dad also owns an MMA gym, so when I’m not working I do that, but I gotta protect the moneymaker,” she says. And though she isn’t a huge social media fanatic, she has a particular goal: “I just want to get a million followers on Instagram. Once I do that, I’ve accomplished life.”

'War for the Planet of the Apes': Nods to the 1968 Original You May Have Missed

She wants her movies to inspire others. Miller is seen next in the thriller Trafficked with Ashley Judd and Elisabeth Rohm, and will soon head to Wyoming to shoot a modernized, live-action adaptation of Anastasia. “I play Megan — they offered me Anastasia too, but Megan’s the bigger role,” she tells THR. “I really liked it because it’s paragraphs and paragraphs of lines and those are my favorite. Then I have a few offers for the end of the year, and I’m up for a few things in the beginning of next year. I just have to wait and see.”

When asked of her dream onscreen collaborators, she responds, “I’m not really obsessed with any actors or anything, but it’s more directors I want to work with,” and lists J.J. Abrams and Steven Spielberg as her top picks. She prefers film to TV “because I get to meet so many new people and travel, and when it’s done you can go to something else and learn something new,” and loves drama over all other genres. “But I really want to do a movie where you want to do good after you watch it. I want to be a positive role model to the next generation, because I think the world needs that right now.”

And yes, she’s open to playing Nova in future Apes films, especially since her character’s name is a nod to the classic franchise. As her blue eyes widen, she says with hope, “They left it off where it could keep going.”

How 'Planet of the Apes' Can Survive After 'War'