In a wedding reception 90 years in the making, three pieces of a bejeweled costume worn by Jeanette MacDonald in the 1929 Ernst Lubitsch film The Love Parade were reunited on the Paramount lot, where the musical comedy was made.

About 200 invitees, including Nicola Lubitsch, the daughter of the director, were on hand at the Sherry Lansing Theatre on Saturday to gaze at the complete package — the gown, its 20-foot-long, 40-pound train and its tiara — and enjoy a screening of the film.

Private costume collector Greg Schreiner revealed to The Hollywood Reporter that he paid about $3,000 some five years ago to acquire the silk gown at auction. He knew it had been created by Paramount costume designer Travis Banton — the predecessor to Edith Head at the studio — and “just had to have it.”

“I saw this dress and fell in love with it, but it was in pretty wretched condition, actually,” he told the audience. “I suspected it hung on a hanger for many, many years, and the shoulders were gone.”

With the help of Shawn Lockridge, an assistant to late costume designer Ret Turner, Schreiner restored the gown, which included adding pearls and rhinestones to replace the ones that had fallen off and gone missing, at a cost “far more” than $3,000.

Schreiner then discovered that the original train for the dress was still in the Paramount archives, so he contacted costume archivist Randall Thropp at the studio.

“I told Randall, ‘I have half of what you need, and you have half of what I need,'” Schreiner said. “Today, this is our marriage for the first time in 90 years. The train and the dress are back together again.”

Thropp said the train never needed to be restored, was never cleaned and is believed not to have been used in any other production. “It’s amazing that it has survived,” he said.

The original headpiece worn by MacDonald also was in the archives. The studio owns 3,500 “vintage” costume pieces and 12,500 pieces of jewelry, including some used for Cecil B. DeMille’s The Ten Commandments (1956).

In The Love Parade, five boys on either side of the train are needed to support the garment as MacDonald’s character, the queen of the fictional country of Silvania, makes her way down a long cathedral staircase and aisle to the altar to marry a dashing young French courtier played by Maurice Chevalier.

(Legend has it that Lubitsch himself donned the dress with the train and walked around in it to demonstrate that it could be done after MacDonald complained that it was too unwieldy.) 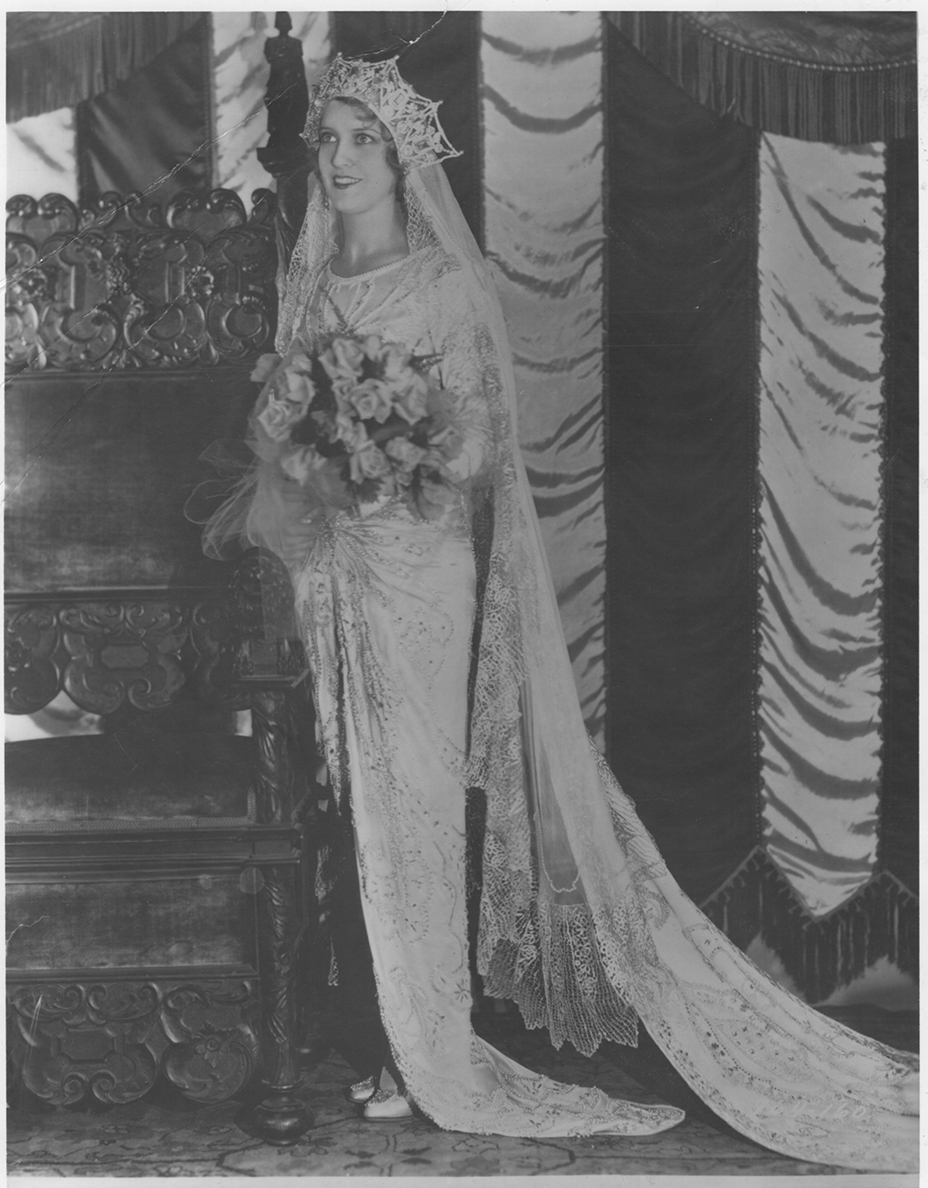 The risqué pre-code comedy, which marked MacDonald’s film debut and was the first talkie made by Lubitsch, received six Oscar nominations, including those for best picture and director.

Nicola Lubitsch, now 80, was not born when The Love Parade was made, and she was 8 when her father died in 1947. The first movie directed by her dad that she saw was Heaven Can Wait (1943); she recalled that he left her alone at Fox to see the fantasy film, which has scenes featuring the devil.

“I was absolutely terrified and I started screaming and I ran out of the screening room and never saw it again until I was in my 20s,” she said. “That was my first impression [of his work].”

Lubitsch also was on the set of Cluny Brown (1946), and she remembered being smitten by Peter Lawford, whom she witnessed perform an acrobatic stunt for co-star Jennifer Jones.

“Peter got on these steps backward and did this somersault flip backward down the stairs to impress her,” she said. “I was just heartbroken that it wasn’t for me.”

Proceeds from the event, which was moderated by Leonard Maltin, will go toward preservation, maintenance and restoration of the 128-year-old Lasky DeMille Barn, the home of the Hollywood Heritage museum. The structure was used for the 1913 feature The Squaw Man.