The heroes of the Marvel Cinematic Universe largely come from a world that resembles our own. Captain America is a guy from Brooklyn. Spider-Man is a kid from Queens. The heroes of DC’s cinematic universe, on the other hand, come from mythical realms and fictional cities that require a type of world-building that’s different from that found in the Marvel films. That’s never been truer than in James Wan’s Aquaman.

To date, every DC cinematic universe film has attempted to dive deep into a new kind of world, and the success of that world-building has generally correlated with the financial and critical success of its films.

Man of Steel (2013) spends roughly just 15 minutes of its more than two-hour runtime on Superman’s homeworld of Krypton, but it does so with gusto. The film depicts a world with ancient tradition already baked in, and traverses its complex geography quickly and effectively. It’s a short glimpse, but it provides visceral contrast to the small towns the story immediately moves to, and gives Jor-El (Russell Crowe) a ghostly presence over the film until his return.

Wonder Woman spends much more time on her native island of Themyscira, and it’s truly the hinge that the entire film relies on. From the array of warrior armor to the Greek-inspired architecture the city and its women are given both their mythic due as well as genuine three-dimensionality. That the film pulls off the beauty of the vast green landscapes and the nobility of the women is much of the reason why the dark, World War I aesthetic of the second half is so effective. 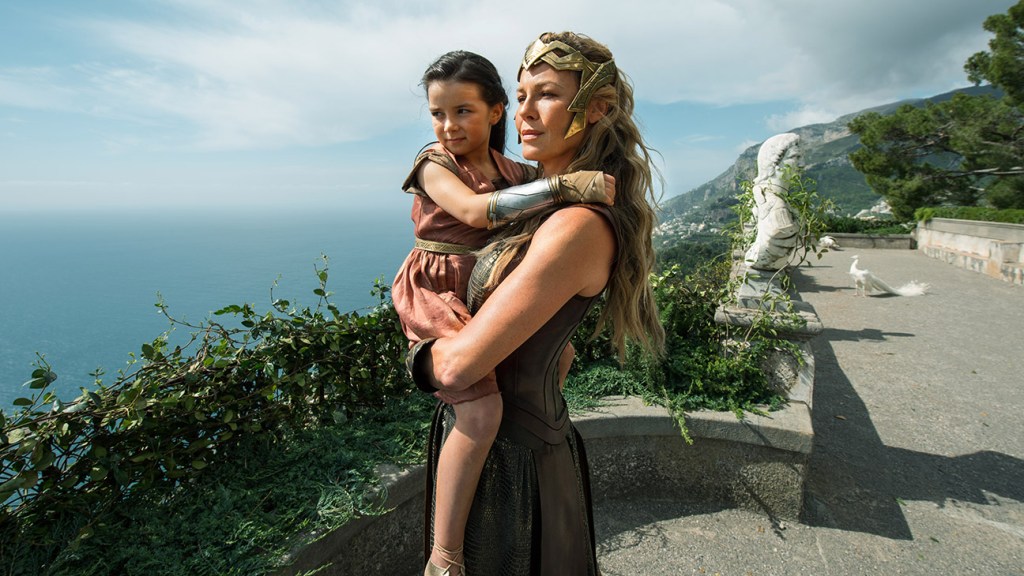 Aquaman might be DC’s most thorough and effective piece of world-building yet. The sheer force of the eye-popping, deeply envisioned visual effects transports the audiences underwater to not only the seven kingdoms of Atlantis, but the entirety of the fantastical ocean world. It’s not only the coral-influenced architecture or the sea creature-inspired vehicle designs, it’s the constant presence of physics at work, from the flowing of hair to the labored underwater movement. Wan and his team smartly choreograph fight sequences to not only take into account the gravity of water, but also how that gravity would determine how warriors have learned to fight — and how Arthur (Jason Momoa), who trains on land in his youth, would be at a disadvantage.

The film goes all in, and rightfully so. It visualizes even slight ripples or flows of water across a character’s face, injects an oceanic echo into all dialogue spoken underwater and crafts costumes that meld the futuristic with the ancient, that combines royal stature with aquatic design. 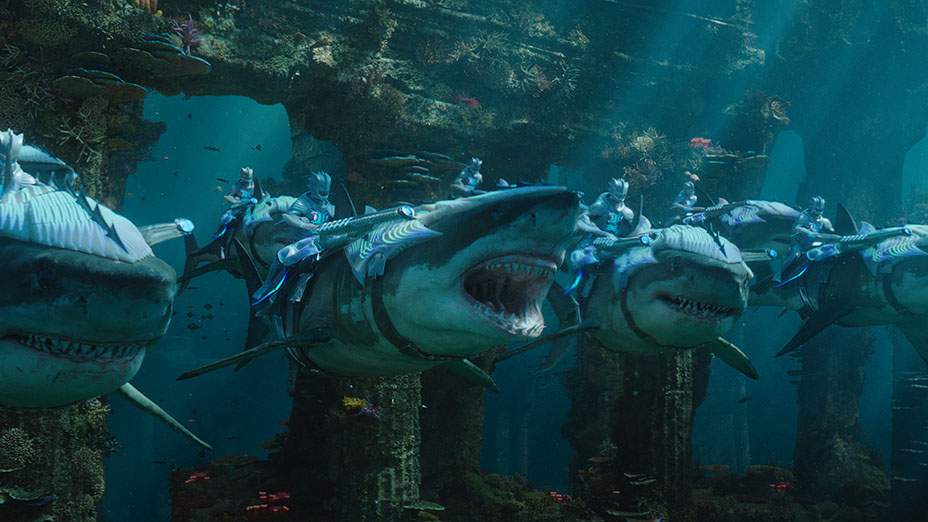 And while every DC film deals with massive scale, Aquaman leverages scale supremely. Wan, cinematographer Don Burgess and the visual effects team envision giant Atlantean sculptures and the incredible ocean depths not only as a backdrop, but as points of reference and perspective to shift in and out of, effectively portraying the scope of the underwater world, something that’s easy to forget about.

And it’s not all technical. Aquaman communicates the world of Atlantis and its people through how, much like Krypton and Themyscira, customs and traditions are already infused in action. There’s an organic psychology. It’s as simple as how, early on in the film, King Orm (Patrick Wilson) and King Nereus (Dolph Lundgren), leaders of different kingdoms, hold a meeting in what looks like a historical site, surrounded by advisers and guards, a tension in the water. And it’s as delightfully ludicrous as an octopus playing drums before a ceremonial battle.

Where the DC films have struggled, however, is when they deal with things that should be familiar to us, like cities and towns that should resemble our own. These larger-than-life heroes almost eclipse their environments when the environments purport to be like the real world. 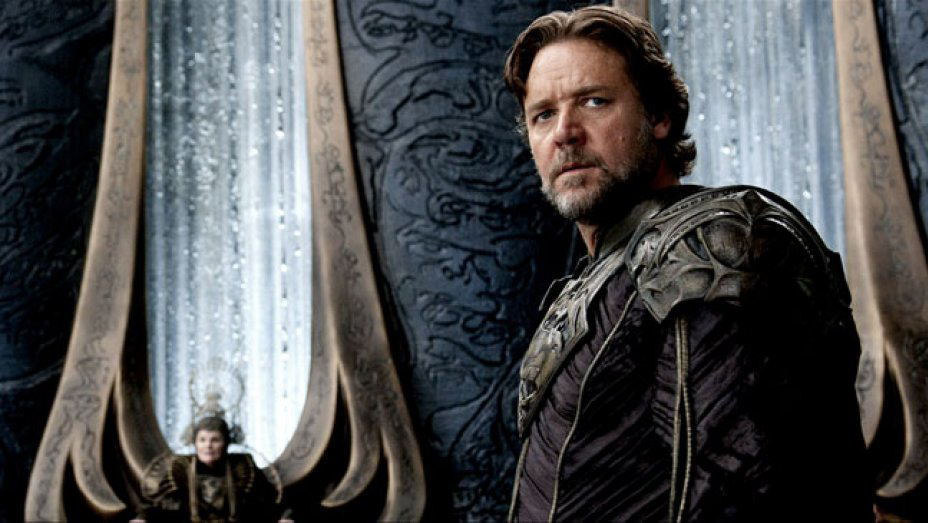 In Man of Steel, Clark Kent’s (Henry Cavill) hometown of Smallville never really paints itself as a living, breathing town in the middle of Kansas. Perhaps because of them popping up in flashbacks, the Kent farm and the Smallville school only seem to be vague evocations of place, rather than three-dimensional realizations. And when the battle with Kryptonians moves through Smallville, there are only suggestions of what the town is like, muddled behind the ungraceful depiction of real-world brands (placed there for promotional dollars, not to service the story). Metropolis is rendered similarly thin, but it’s the failure to distinguish Smallville that causes the biggest hit to Superman as a character, as that town should be his heart. And at the end of the film, Smallville and Metropolis are literally laid out flat, their lack of characterization leaving little room for emotional investment in their destruction.

Batman v Superman: Dawn of Justice remedies this in its opening minutes via a simple shift of perspective to Bruce Wayne’s (Ben Affleck) on the ground of Metropolis. Seeing it from his level injects weight into the city’s destruction. Soon after, the film seems more interested in its cities, with scenes such as Batman’s first appearance lending a sense of place to Gotham. There’s even more focus on infrastructure and institutions in Metropolis, lending it a sense of gravitas. But that all gets lost and even disappears quickly in the film’s layered plotting. Justice League takes it a step further in the wrong direction, traveling to a random village in Russia, a place that holds no weight to the heroes, for the final battle.

Contrast that with Wonder Woman, which brought World War I Europe to life. There’s a coherent senselessness to that world, just as it must have felt during the real-life war. And it truly feeds into Wonder Woman’s (Gal Gadot) journey through it.

Aquaman does occasionally fall flat in regard to emotional weight. The reluctant hero trope and the hero’s journey archetype are followed a little too closely for true surprises. But the film’s extraordinary world-building provides a strong wave for it to ride on through its weaknesses. It’s the path that all DC films should follow, not just for its supernatural worlds, but for recognizable cities. Aquaman doesn’t spend too much time above the surface, as it didn’t really have to. But if a sequel travels there more, it might want to spend as much time on it as it does on Atlantis.