If you’ve ever watched an awards show, you might not have noticed how many non-famous people there are in the audience. They look like guests and dates of A-listers, but in reality those unfamiliar faces that appear to be rubbing elbows with Meryl Streep and the like are actually normal people. Seat-fillers are volunteers whose purpose is to fill out the venue when the camera pans the audience. They don’t have to have any experience in acting, being an extra or a seat-filler. There are several websites that work with shows such as the Emmys, Oscars, Grammys and Tonys and more to find these volunteers.

Some seat-fillers are college students, some are working actors and models, some are there with companies nominated for awards, like Hulu, Netflix and NBC. But anyone can really do it.

When I was chosen to be a seat-filler for the 2018 Emmy Awards, I had no clue what to expect. The process started out with a request for a background check on my part. Once that was complete, I had to find a dress. The rules from seatfillersandmore.com were pretty straightforward: Don’t wear anything to stand out on camera or to outshine the stars you’ll be seated next to — no bright colors, sequins, short dresses — no talking/selfies with the the celebrities, and no looking at the camera.  They also advised that you don’t wear heels because there is a lot of standing and walking. Four hours in, and a lot of handling by various producers later, I was thankful that I listened to them.

The best way to describe the job is playing a game of musical chairs with famous people. Most celebrities and attendees are aware of what a seat-filler is, but some thought that I was actually trying to take their seat, or their date’s seat. The seat-filler websites select between 300-600 people, depending on the show and the venue. The producers find a seat for the fillers at the top of the show, and the people who don’t get one go outside or wherever the company is holding the rest of the seat-fillers. When commercial breaks come up — usually between two and four minutes — producers/employees of the companies will direct the fillers to stay seated or get up. They keep bouncing around as people get up to get awards or come back from the bathroom. The movement slows down as the night goes on because the nominees who don’t win tend to leave earlier.

Once inside the Emmy venue, the seat-fillers were lined up along the sides of the Microsoft Theater, and the first 400 or so of us were placed strategically in seats within the first 10 rows. I carefully stepped over Sarah Silverman’s fluffy floor-length black dress, as I sat a few seats over from her at the top of the show. At the break, I quickly ran to sit in for Jimmy Kimmel, because he’s a social guy and often got up at commercial breaks to chat with other late-night personalities like Stephen Colbert and John Oliver after the latter’s win. (His wife, Molly McNearney, who is co-head writer for Jimmy Kimmel Live, was really nice to me.)

Halfway through the show, I sat with the cast of Stranger Things, who are possibly the most stylish and mature middle-schoolers ever. Near the end of the night, producers sat me right behind Peter Dinklage as he got up to accept his Emmy for Game of Thrones.

On the way out, I headed to my Uber in stride with Elisabeth Moss — who skipped the Governors Ball afterparty that was hosted on-site. Before I left, I wandered into the trophy room and saw Claire Foy pick up her trophy for best lead actress in a drama series.

So, as you watch the Oscars on Sunday, look out for these not-so-famous faces in the audiences celebrating Hollywood’s biggest night. 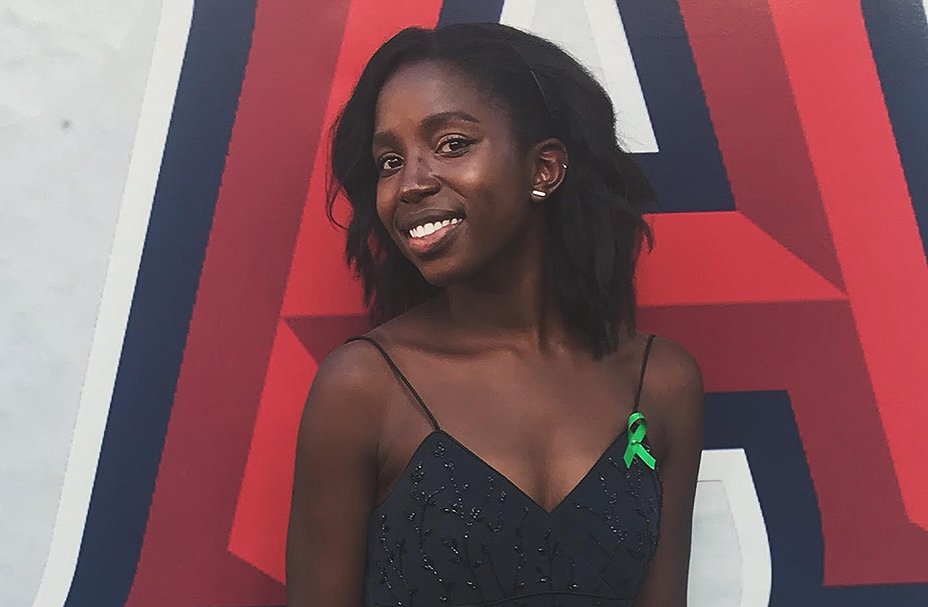 Maya Tribbitt is an editorial intern at The Hollywood Reporter.