As the June 2 debut of Wonder Woman approached, the talk at Women in Film, a prominent Hollywood nonprofit that advocates for equal opportunities behind the camera, was that director Patty Jenkins’ picture could be a make-or-break moment. “We needed this movie to do well,” says Kirsten Schaffer, the group’s executive director in Los Angeles. “We wanted to be able to say to the filmmaking community: A superhero movie made by a woman can break box-office records.” So WIF urged its 10,000-plus members worldwide, as well as other women’s groups, to bombard theaters on opening weekend, take pictures and post them on social media with the hashtag #WonderWKND.

In retrospect, the outreach might not have been necessary. Attracting a fan base of 53 percent women and 47 percent men, Wonder Woman opened to $228 million globally and the biggest domestic launch ($103 million) for a female director. Reflecting its “A” CinemaScore, the Gal Gadot film dropped just 43 percent in its second weekend, the lowest decline by a superhero movie since Batman Begins in 2005. As of June 13, its worldwide gross stood at $438.5 million.

Not even Warner Bros. — whose recent DC Entertainment releases have run into a critical buzz saw and fanboy grumbling — expected such an enthusiastic reception. Sources say studio executives were caught by surprise at how well the $150 million picture turned out. Now female filmmakers are euphoric. “This one is impossible to deny,” says veteran director Nancy Meyers (What Women Want). “There are deniers everywhere. But this was extraordinary. It’s about time they acknowledged women’s contributions and put them at the helm of big movies, small movies, whatever movies they want to make.”

Whether that will happen remains to be seen. Other women have set box-office milestones without resulting in fundamental industry change. Women have been directing movies since the silent era’s Dorothy Arzner; Meyers’ six films have earned more than $1.35 billion worldwide, but she has failed to move the needle for her peers any more than the late Nora Ephron (Sleepless in Seattle) did. Phyllida Lloyd still boasts the top-grossing live-action film directed by a woman (2008’s Mamma Mia!, which took in $609.8 million), but she has made only one movie since, 2011’s The Iron Lady. As the industry chased young male moviegoers, hits that could be dismissed as “women’s pictures” often were called outliers that didn’t warrant follow-ups (it has taken nearly a decade for Universal to greenlight a Mamma Mia! sequel).

Women comprised just 7 percent of directors on the top 250 domestic-grossing films in 2016, according to San Diego State University’s Center for the Study of Women in Television & Film. That figure represents a 2 percent decline from 2015’s 9 percent. So why should Wonder Woman prove to be a tipping point? Because “there are more [women-helmed projects] coming down the pike,” says Schaffer. Ava DuVernay is at the helm of the $120 million Disney fantasy film A Wrinkle in Time, due March 9, and Gina Prince-Bythewood has been hired by Sony to handle the Spider-Man spinoff Silver & Black, using characters from Sony’s Universe of Marvel-licensed characters. Then there’s the impact of Jenkins herself, who showed it’s possible to transition from a low-budget indie (2003’s Monster) to TV to a tentpole, entrusted to her when Michelle MacLaren left the project over creative differences. “She will help provide a model that is sorely missing for a lot of female directors who are either going through school or who have done small films and who want to figure out what the next thing is,” argues Universal Pictures chairman Donna Langley. “We know that journey is incredibly difficult; she provides a really phenomenal example to follow.” 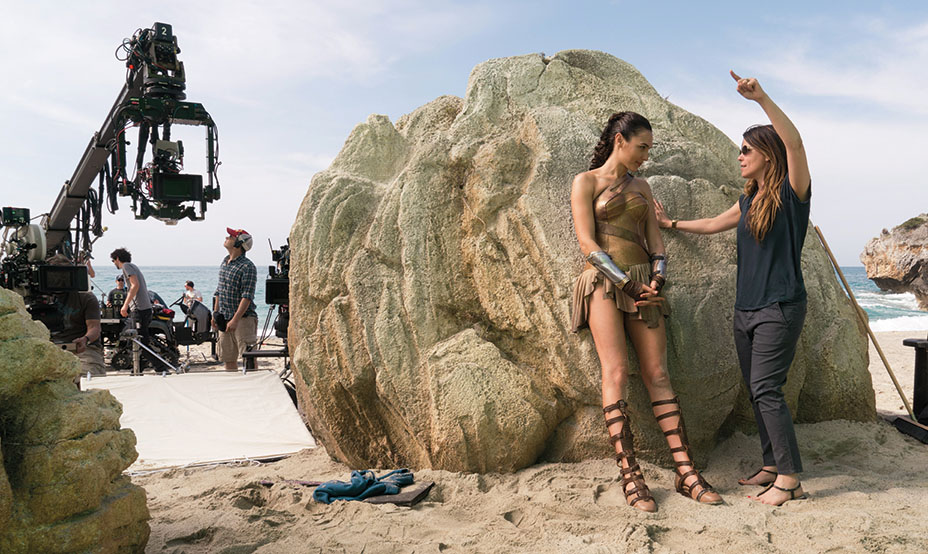 Encouraged by groups like WIF — which in 2012 embarked on a four-year initiative with the Sundance Institute to find ways of encouraging behind-the-camera gender equality — and prodded by social media scrutiny of every development on films such as Disney’s Captain Marvel (to be played by Brie Larson, with Half Nelson‘s Anna Boden and Ryan Fleck directing), the industry may at last be changing. When agencies submit lists of prospective directors for projects, they now are more likely to include women, says Producers Guild of America co-president Lori McCreary, who runs Revelations Entertainment with Morgan Freeman. “When Morgan and I started Revelations 20 years ago, if we had a female director on a list, it was considered an anomaly,” she says. “Now, we have an informal requirement that every single directors list we put together represent true diversity.” Agency sources say they are much more aggressive in pitching female directors than they were even two or three years ago because, as one puts it, “the market is more receptive.”

Testifies Columbia Pictures president Sanford Panitch: “I get directors lists from agencies, and we sometimes send them back because they’re not balanced enough.” Adds his Sony colleague and TriStar Pictures president Hannah Minghella, who recently signed MacLaren to direct a World War II story, The Nightingale: “Instead of it just being a conversation that’s happening outside the studios, in my studio, it’s a conversation within our own conference rooms and offices.”

As more women are put in charge of movies, they in turn are expected to hire more women on crews, providing needed training. DuVernay insisted on Wrinkle that her department heads consider hiring more than just white men. “We’re in a space now where there’s awareness [of the need for inclusion],” she explained June 10 at the Produced By conference. “Now the next level is execution.”

Also not lost on the industry is the fact that Gadot’s Amazonian princess is triumphing in what had been an all-male universe. Another upcoming test case, Atomic Blonde (albeit directed by a man, David Leitch), will be released by Universal’s Focus Features on July 28 and stars Charlize Theron as a secret agent. “Does it change everything overnight?” says Langley. “No, but these examples in the marketplace do create movement.”

Panitch argues, however, that rather than a being a catalyst for change, Wonder Woman is the culmination of a shift that has been taking place quietly behind the scenes. Sony now boasts five greenlighted projects that women will direct, including a Charlie’s Angels reboot (with Pitch Perfect 2′s Elizabeth Banks) and Miss Bala, a remake of Mexico’s 2011 foreign film Oscar entry (with Twilight‘s Catherine Hardwicke). “We didn’t do all that in the last 10 days,” says Panitch. “It’s something the industry has been moving toward for quite some time, even if it’s late. We have to put into perspective that Wonder Woman didn’t start it. This isn’t Jackie Robinson.”

'Wonder Woman' Box Office: Where It Ranks in the Superhero Pantheon

FEMALE FEATURES: HOW THE STUDIOS STACK UP
Disney and Sony lead as women step to the fore on a diverse array of movies. While there are more films in development (and many more at the specialty divisions), here are the projects from female directors at the major Hollywood studios with release dates set.

A Wrinkle in Time (March 9, 2018)
With this fantasy, Ava DuVernay becomes the first black woman to direct a $100 million-plus feature.

Frozen 2 (Nov. 27, 2019)
With Frozen, Jennifer Lee became the first female to direct a Walt Disney Animation Studios feature; she will return to co-direct the sequel with Chris Buck.

Gigantic (Nov. 25, 2020)
After writing Pixar’s Inside Out and The Good Dinosaur, Meg LeFauve will make her directorial debut, co-helming with Nathan Greno this “Jack and the Beanstalk” update.

The Nightingale (Aug. 10, 2018)
After a long career in prestige TV, Michelle MacLaren will make the jump to features with the World War II period film.

Warners recently released Everything, Everything, from Stella Meghie, as well as Denise Di Novi’s Unforgettable, and is trying to sign Patty Jenkins for a Wonder Woman follow-up. But the studio doesn’t have a greenlighted film with a female director.