Jared Leto is going from DC’s The Joker to Marvel’s Morbius the Living Vampire. News broke Wednesday that the Oscar-winning actor is set to star in an adaptation of the character for Sony’s universe of Spider-Man spinoffs, with Life filmmaker Daniel Espinosa directing.

But who is this Morbius guy?

On a basic level, everything anyone needs to know about Morbius the Living Vampire is right there in the name: He’s a pale dude who likes to suck blood. The effectiveness of his moniker is probably a good thing, considering how rarely the character has actually appeared in comics since his debut 47 years ago.

Co-created by Roy Thomas and Gil Kane for 1971’s The Amazing Spider-Man No. 101, Morbius is a remix of ideas that had previously worked well for Marvel: a professional with a name that’s too on-the-nose — like Dr. Stephen Strange; in this case, Michael Morbius — becomes transformed into a monster as the result of a science experiment gone wrong, just like the Hulk, or another Spider-Man villain, the Lizard. (To underscore that latter similarity, Morbius fought the Lizard in his initial storyline.) Although he seems like a villain initially, Morbius would be revealed to be firmly in the tragic antihero camp before too long, going directly from his Spider-Man appearance to headlining his own strip in two different anthologies: the black-and-white magazine Vampire Tales and the full-color Adventure Into Fear.

After almost two decades of relative obscurity following the cancellation of both series in 1975, the character returned in the early 1990s for a Morbius the Living Vampire series that lasted almost three years, before disappearing again. His 2013 revival for a second Morbius series lasted even less time, making it just nine issues before being cancelled because of low sales. 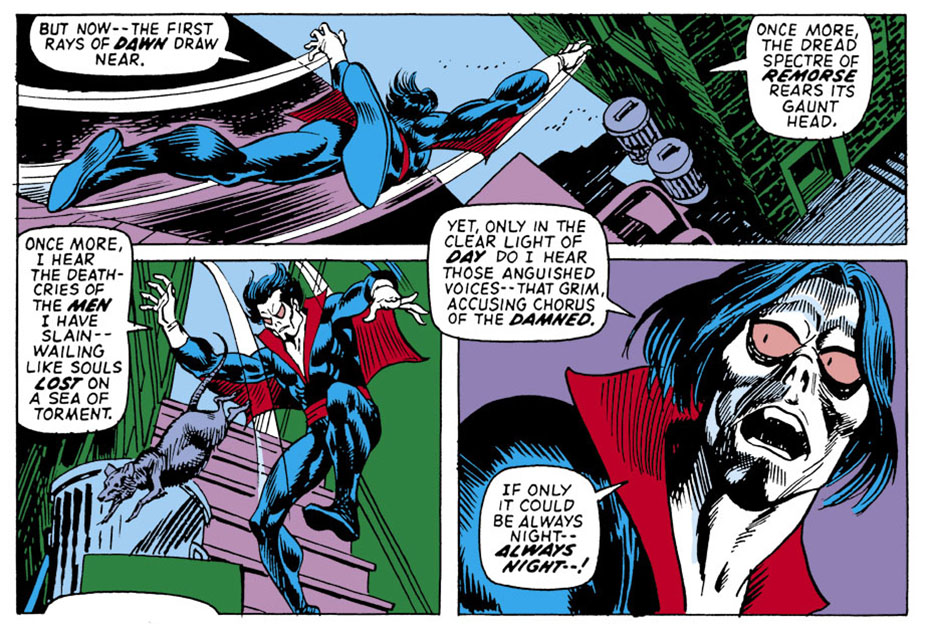 The oh-so-tragic backstory of Morbius is one that’s at once generic and amusingly self-aware: A Nobel Prize-winning biochemist, Morbius’ attempted cure for his own medical condition — “a rare disease [that] dissolves my very blood cells,” he helpfully explains in his second appearance — backfired and turned him into… well, not a vampire exactly. Instead, Morbius is what he himself calls a “pseudo-vampire” who has to drink blood to live, can’t stand daylight and has very long teeth, but also happens to have super-strength, healing abilities and the power of flight without having to transform into a bat at inopportune times, because… comics! Another difference worth commenting on is that his bite didn’t turn anyone else into a pseudo-vampire… except when it did — one of his victims in that regard was, inexplicably, Blade the Vampire Hunter — for reasons that are best explained as “writers forgetting what Morbius is capable of at any given moment.”

In the here-and-now of Morbius‘ solo adventures, his purpose was simple, with the character set in opposition against a monster more dangerous than he is (often someone self-righteously hunting vampires because, more often than not, man is the true monster in horror stories), while he also struggles with his own blood lust, or some variation thereof.

Surprisingly for a character created as a stand-in for Dracula — Morbius appeared just months after the Comics Code Authority, which worked as a de facto board of censors for mainstream comics for decades, lifted its ban on vampires — Morbius never had a showdown with the real thing, despite Dracula becoming a Marvel mainstay throughout the 1970s and periodically thereafter. He did, however, team up with Ghost Rider, the Son of Satan and Man-Thing — like Swamp Thing, but less so — to form a 1990s supergroup called the Midnight Sons, transforming him into Marvel comic book horror royalty for a certain generation of fans. 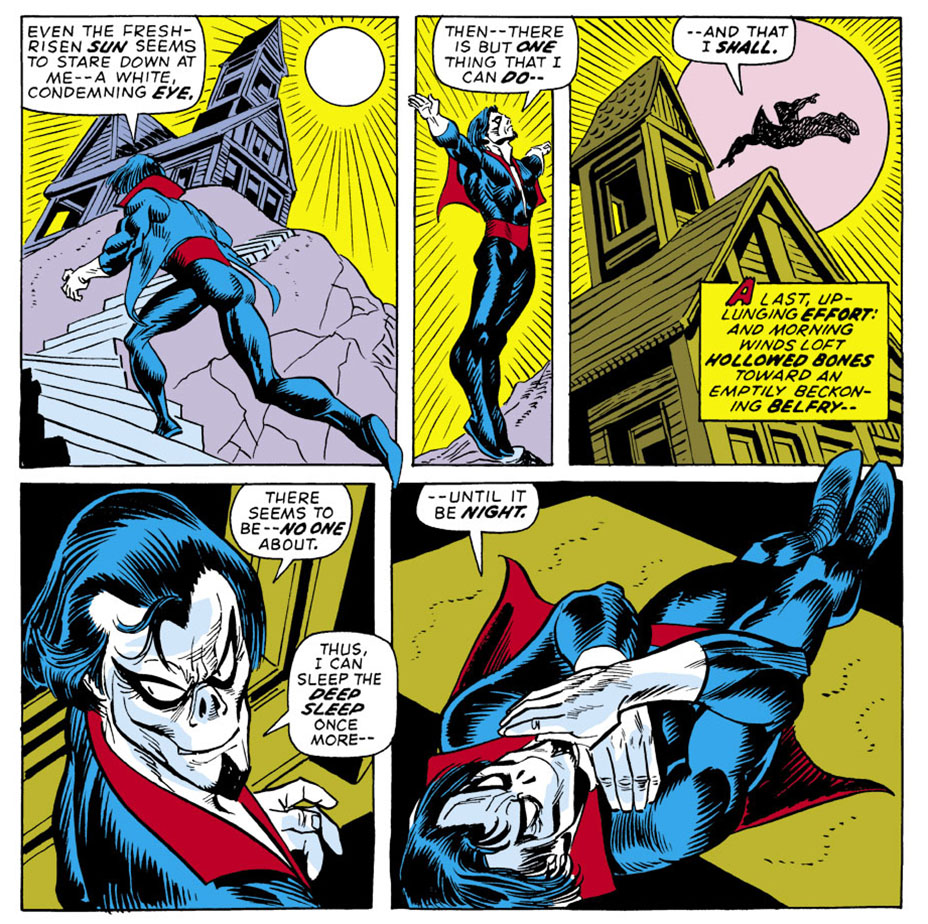 Notably, the era of the Midnight Sons was also the era of Venom’s greatest popularity (whoever’s making decisions regarding the Spider-Man franchise as Sony is a child of the 1990s). To those wondering: Venom is another character that Morbius has inexplicably never gone up against in the comic books — yet, at least. With both characters headed to the multiplex, now could be the perfect time for these two titans to, finally, clash.