When Annie Lennox was approached about writing the end title song for A Private War, Matthew Heineman’s searing biopic about war correspondent Marie Colvin, she hesitated because she hadn’t written new music in eight years. Instead Lennox, who won an Academy Award for best original song for “Into the West” from 2003’s Lord of the Rings: The Return of the King, has focused on improving women’s rights globally through her NGO, The Circle. However, she vowed “to try” to write a song because she had such respect for Colvin, who was killed in Syria in 2012 during an airstrike. The result is “Requiem for a Private War,” a spare, haunting, elegiac tribute to Colvin and a meditation on the horrors of war.

Lennox talked to The Hollywood Reporter about writing the song, her relationship with Colvin and their continuing connection.

You wrote “Requiem” without seeing the film or reading the script. What was your inspiration?

I just was thinking about Marie. It was very resonant that Marie has gone to [Syria] and had been so insistent on seeking the story there. [She] and her fellow war correspondent, Paul [Conroy], were caught in a perilous situation with bombs coming down. That was the thing about Marie — she would place herself, quite deliberately, in the center of Armageddon to come out with a story.

You had met her at an event for The Circle. What were your impressions?

It was maybe a year and a half or so before she was killed. She left an indelible impression on me because I’ve only met a few really significant people, people that have done things in life that you go, “Good Lord! How on Earth does someone live this way?” You think, “Wow! This person has actually been to hell and back many, many times and written about it and is still doing that.” Those are my champions.

What guidance did Matthew give you?

Nothing. [Laughs] He was probably on his way to tell me, but I had written it already. [Laughs] I remember getting an email, and they’re asking me to write a song about Marie Colvin, and I don’t remember having much information about it. I think I already jumped to it. Maybe I was a little premature. By the time that he got to meet me, I had already written the song and said, “I think I’ve got a song for you, but if it isn’t right, please let me know.” That was actually what happened. 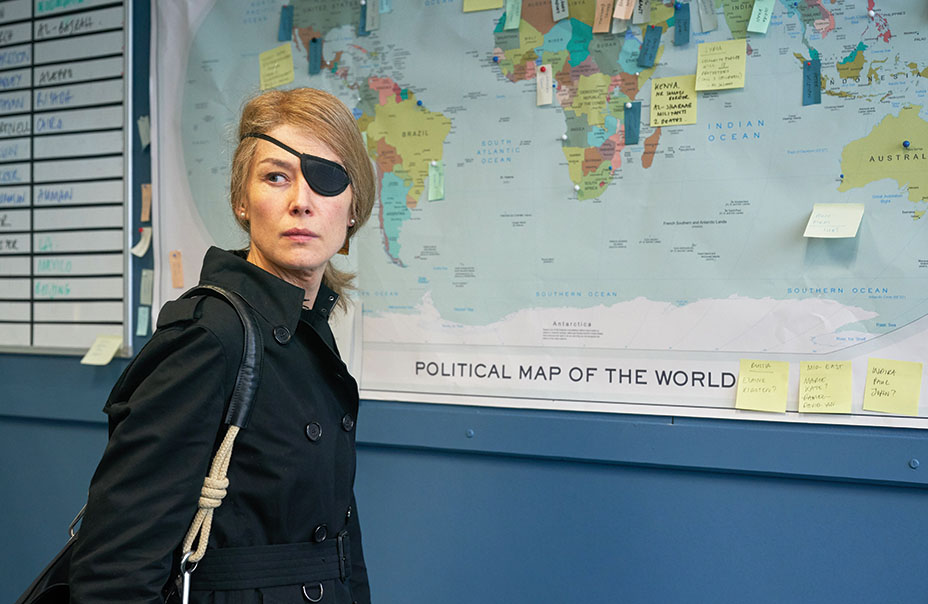 Your song is the last thing we hear after going on this horrific journey with Colvin. How did you strike the right tone?

At the end of the film, the viewer is left in a really raw state. You feel like you’ve been run roughshod over an extremely emotional place. You’re sitting there, mostly feeling raw and gutted. So, I thought, “This song will cradle and hold the emotion of the audience as they’re preparing to get their coats on, stand up, gather themselves together before they step out into the street.” That’s a beautiful purpose of the song — it gives [people] a moment to reflect on what they’ve seen.

In your work with The Circle you are exposing atrocities committed upon women, while Marie was doing the same by reporting from war zones. You must feel some connection to her as you both bear witness.

Exactly. That was the thing; it was extraordinary synchronicity. Marie died six years ago, and immediately her close friends and family were thinking, “What should we do to commemorate? What would Marie want? What would be the best way to put good use to some money?” And this is where the Marie Colvin Journalists’ Network [which runs through The Circle] was established. It supports young female [war] correspondents. Obviously, I [donated] my fee [for the song to the Network], and it’s no big deal, but it was a lovely opportunity to financially support Marie’s circle.

That really is full circle, isn’t it?

You are basically a full-time activist these days. It must take a pretty compelling project to take you away from that.

It was a connection to Marie, and just the thought that there’s this honorable, extraordinary, heroic, wild woman that would’ve endorsed what we’re doing with The Circle after she was killed. This is an endorsement of her work, this is a continuation of what she was trying to do. The endorsement goes toward giving Marie Colvin’s life an extension. As the film says and she says, in her own words, “What is this all about?” She says, “I suppose I’m asking why these things have to happen” And she was trying to shine a laser light onto truth, that thousands of civilians [were] being killed. When no one else was able to get that story out, that was what Marie was doing.

A version of this story first appeared in the Nov. 14 issue of The Hollywood Reporter magazine. To receive the magazine, click here to subscribe.