There’s a proverb that says, “you can’t take it with you,” popularized by playwrights George S. Kaufman and Moss Hart in their 1936 Pulitzer Prize-winning production of the same name. The expression was in reference to our inability to take our material possessions with us to the afterlife, though opinion differs on whether this advice is a suggestion to spend freely, or to not worry about collecting pricey material possessions at all — the conclusion being that our possessions only have worth in the present, or that they may not have as much value in the grand scheme of life as we think.

Though the idiom is seen through the perspective of mortality, it works just as well when viewed through the lens of life’s transitional periods, particularly childhood to adulthood. The notion that we can’t take it with us is arguably a sibling to 1 Corinthians 13:11, which states: “When I was a child, I talked like a child, I thought like a child, I reasoned like a child. When I became a man, I set aside childish ways.” Perhaps these expressions once carried weight, but in our current age of pop culture, a living and breathing monument to nostalgia, it has become harder and harder for adults to leave the things they loved as children behind.

From superheroes, Star Wars and fairy tales to cartoons, the things many of us loved as children remain something we love today — protectively, passionately and even problematically. This fierce nostalgia is arguably even more common with millennials, whose instantaneous embrace of the internet has allowed very few childhood staples to slip through the cracks in memory. Even if we’re not buying lightsabers, Hulk hands or Barbie Dream Houses anymore, these characters and concepts are possessions that reside with many of us and sometimes define a key aspect of our identities. Previous generations, less driven by early age consumerist culture, don’t quite have the same involvement as late-game Gen Xers and millennials. In other words, no one is asking for a Lincoln Logs movie. Our inability, or maybe our unwillingness, to put childish things behind us and accept their temporary value isn’t an inherently negative facet of generational culture. But it is interesting how this modern nostalgia presents itself. 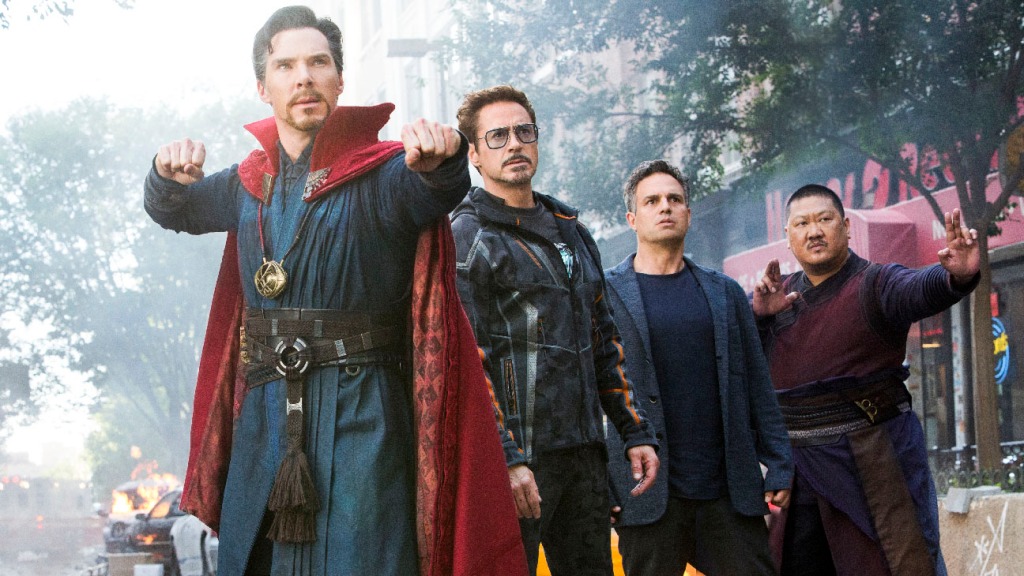 If you take a brief perusal of the Twitter reactions to the teaser for the live-action Kim Possible TV movie that Disney Channel released Aug. 10, you’ll find plenty of opinions from people upset with the casting, claims it could never live up to the cartoon, or fans hyped with the addendum that “this is for us, not the kids.” These passionate, often volatile responses about a once-popular kids cartoon are overwhelmingly from adults. Similar sentiments came after Nickelodeon announced a CGI animated version of the Rugrats and released an image of the updated Chucky. More alarming were male commenters on Twitter photos for the new She-Ra cartoon, noise that basically resulted in a claim that the cartoon character should be “hotter” and closer to the depiction of the character in the 1985 Filmation cartoon.

There’s an intense desire that these new iterations and reboots not be for the kids of today, but for those in their 20s and 30s. A quick search online will deliver any cartoon character from the ’90s you could think of as adult contemporary versions. Some artists, like Brandon Avant, whose work went viral last year, have brought a real craft to reimaginings of the characters from Doug, Goof Troop and Arthur, as adults in their 20s, tattooed and stylish. There’s certainly fun to be had in alternative depictions of fictional characters, but there’s also a sense that many fans of these ’90s shows would prefer these versions brought back to life on TV and movie screens, as opposed to anything geared toward children.

This feeling of ownership stems from an idea that kids today don’t care about certain characters anymore, at least not in the same way that those of us who grew up in the late ’80s and ’90s did, or do. Perhaps there is something to that. How many of the properties popularized in the ’80s or ’90s would still be popular without the adult fandom that keeps it alive through memes and Buzzfeed posts? Of course there are properties like Star Wars, Marvel and Disney animated movies that are eternal. But there are also properties like Gargoyles, Animaniacs and So Weird that would draw a blank for many kids today. Even once-popular shows and platforms like Looney Tunes and The Muppets have fallen out of favor among children in terms of the position they used to hold with previous generations. While the rumored Space Jam 2 starring LeBron James may bring some children back on board with Warner Bros.’ classic library of toons, there’s also the fact that that project currently seems to be more anticipated by those who grew up with the original 1996 film. Perhaps the only way to keep some of these characters and concepts alive is to cater to the now-adult audiences. But what happens when the characters grow up?

Properties like Marvel, Star Wars and Disney’s reimaginings of animated classics have managed to bridge the generational gap, appealing to children, adults and elderly audiences. While Disney collectively has managed to find a way to appeal to almost everyone, there are a few recent examples that call into question the desire to really see our childhood heroes grow up. Rian Johnson’s Star Wars: The Last Jedi created controversy last December, a controversy that has unfortunately bled into 2018 in regard to its depiction of Luke Skywalker, who has become bitter and disconnected from the Force. Luke Skywalker grew up, got old, got tired and got fandom in their feelings over the fact that the Jedi wasn’t leading the charge across space, green lightsaber in hand. While The Last Jedi is a commentary on the failure of the previous generation, setting the stage for new characters Rey, Finn, Rose and Poe to start their own revolution on their own terms and “let the past die,” many Star Wars viewers weren’t interested in seeing the next generation take charge and instead clung to defunct canon. While many want these characters to grow up with them, they want them to grow up on their own terms, and if not to remake the plot points of their childhoods, then at least to re-create the feeling they got from those original films. 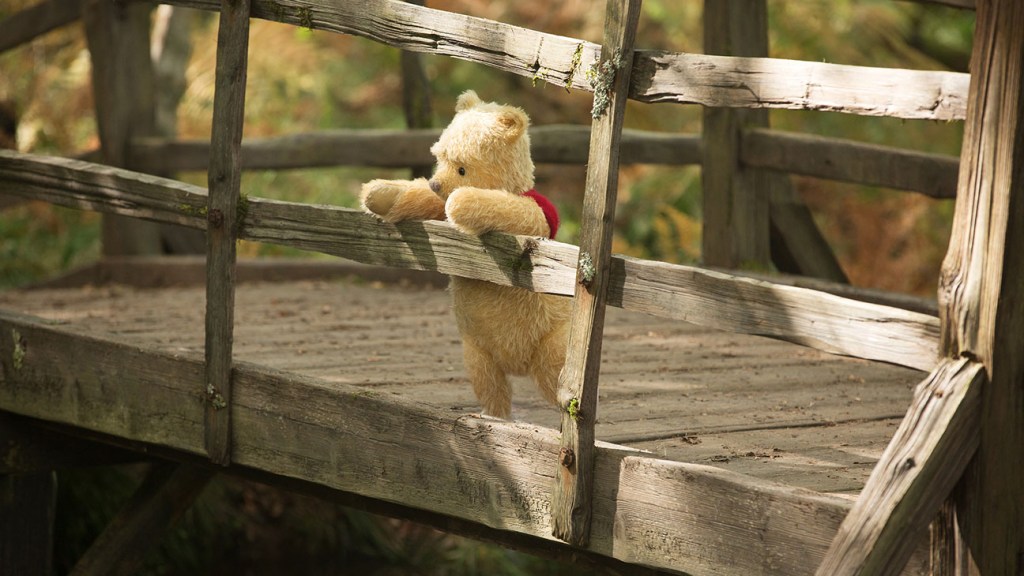 A similar situation of childhood properties expected to grow up under strict terms followed the release of Marc Forster’s Christopher Robin. While Winnie the Pooh remains a beloved children’s property, kept alive by various television shows and animated movies, Christopher Robin tells a story where the titular boy has become a man and left his childhood friends, Pooh, Piglet, Tigger, Eeyore behind in the Hundred Acre Wood. Christopher Robin isn’t only the first iteration of the property to be rated PG, it’s also deeply melancholy and grounded in the working-class struggle of post-World War II London. Favoring dark grays and weather-worn cinematography, along with allusions to the directorial touches of Terrence Malick, Christopher Robin often feels explicitly geared toward adults. Yes, there are moments of warmth, brightness and the humor that made A.A. Milne and E.H. Shepard’s stories so beloved in the first place, but unless you have a kid who’s eagerly sitting down to watch Days of Heaven, there’s a lot in Forster’s presentation geared toward adults. The reaction to this take has been somewhat mixed, with a number of critics lamenting the film’s more serious insights and a lack of fun. But what’s interesting is that Christopher Robin speaks directly to the phenomenon we’ve been discussing. Christopher Robin (Ewan McGregor) realizes that being an adult doesn’t necessarily mean leaving childhood things behind, but incorporating them into adulthood. While this revelation doesn’t take Christopher Robin into Ted (2012) territory, there are interesting parallels to these stories of men who are incomplete without the literal representations of their childhood in tow. 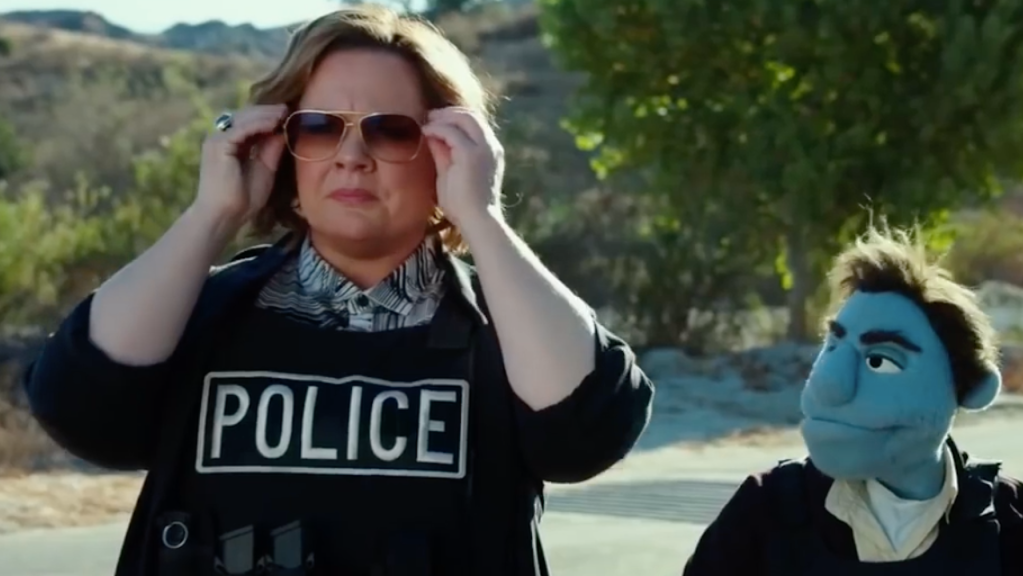 Perhaps this is all a rather roundabout way to approach the issue of Muppets offering unsolicited sex and hard drugs in Happytime Murders, but nonetheless, the sentiment remains true. We don’t really want to put away childish things; we want them to grow up with us. Brian Henson’s R-rated crime-comedy film, starring Melissa McCarthy, earned its share of pre-release controversy, with the Sesame Workshop suing production company STX for the use of the tagline “No Sesame. All Street.” Sesame Street remains popular among young audiences, but the Disney-owned Muppets have largely fallen out of favor with the last movie The Muppets Most Wanted making a poor box office showing ($80.4 million on a $50 million budget), and sitcom The Muppets being canceled in 2016 after one season. With Disney seemingly having no plans for the characters anytime soon, perhaps Brian Henson’s best bet to keep his father’s art-form alive, if not the characters themselves, was to appeal to a desire to see Muppet-esque characters in adult situations, something that worked well for the popular Broadway musical Avenue Q.

Not every modern resurrection of once-sensational properties has opted to appeal to adults. R.L. Stine’s book series Goosebumps, which led to a popular television series in the ’90s, was adapted as a film in 2015. A sequel, Goosebumps 2: Haunted Halloween is set for release Oct. 12. The first film is a kids’ movie through and through, and trailer for the sequel indicates that this new installment will go even further in that direction, given its younger cast. This doesn’t mean the films don’t register with adults, but rather it isn’t appealing to our nostalgia, going as far to drastically redesign some of the characters popularized by Fox Kids/YTV show and refrain from using the classic theme song. The Goosebumps films haven’t grown up with us, but rather see kids of Gen Z as their primary audience.

Ava DuVernay’s A Wrinkle in Time (2018) is another film that struck a chord with younger audiences more so than adults who read the book series growing up, or those who remember the 2003 ABC television film. It’s a film that aims to be an intelligent kids’ movie, a big-budget PG experience that we rarely see in live-action theatrical releases anymore. Films like Goosebumps and A Wrinkle in Time ask us to meet kids on their level, rather than asking them to rise to an adolescent or adult level to enjoy the things we refuse to loosen our grips on. With films based on Are You Afraid of the Dark and Barbie set to receive new interpretations, and a Sandlot (1993) prequel in development, it will be interesting to see which audience demographic they appeal to and how much nostalgia they’ll give into. We’re living in the height of pop culture adaptations, and if we’ve proven anything, it’s that we’ll take these childish ways with us as far as we can.