Continue to The Hollywood Reporter SKIP AD
You will be redirected back to your article in seconds
Skip to main content
August 9, 2017 9:49am

Robert Pattinson had a Good Time with directors Josh and Benny Safdie at the A24 title’s New York premiere Tuesday night.

The drama stars Pattinson as a small-time criminal who attempts to race against the clock to break his brother out of prison after a botched bank robbery.

After shooting the adrenaline-filled film, “I’m more confident in my body than I used to be,” Pattinson told The Hollywood Reporter at the SVA Theatre. “It’s something about growing up as an English person — you’re very physically inhibited. I’ve done a few movies where I’ve actively tried to be more physical and break through my levels of inhibition and self-righteousness. It’s difficult. But as soon as I saw their last movie [Heaven Knows What] — it’s so kinetic — I just knew I wanted to do something with them.”

The directing duo usually don’t work with established stars, but spoke highly of working with the actor. “He said to us, ‘I’m willing to do whatever it takes,’ and we took him at his word times a hundred,” said Benny. Added Josh, “He didn’t complain once, and his trailer was a minivan that sometimes doubled as a Steadicam dolly.”

After its debut at Cannes, the movie received strong reviews, many of which specifically highlighted Pattinson’s performance. THR’s review called it “arguably his most commanding performance to date” and “a performance of can’t-look-away intensity without an ounce of movie-star vanity.”

Pattinson humbly said of the widespread praise, “You hope that every time you do something, it’s gonna be better than the last one. That’s kind of the whole point.” He then laughed and said, “But you always forget anyway — I guarantee you that when I start another movie in three weeks, I’ll be back at square one again!”

Fellow castmembers Barkhad Abdi, Taliah Webster and Buddy Duress were joined by Demi Moore, Chloe Sevigny, Peter Sarsgaard, Ashley Benson, A$AP Ferg and Fat Jew (in a Pattinson fan tee). After thanking the cast and crew of the Queens shoot, the filmmakers did share a few rules before the screening began: “Please don’t clap during the movie because it’s distracting,… especially the credits. The ending is arguably one of the most important scenes.”

They then celebrated at the Flash Factory, where guests were served lobster rolls and New York-style pizza, as well as a few familiar onscreen offerings: Sprite bottles and 700 sliders from White Castle. 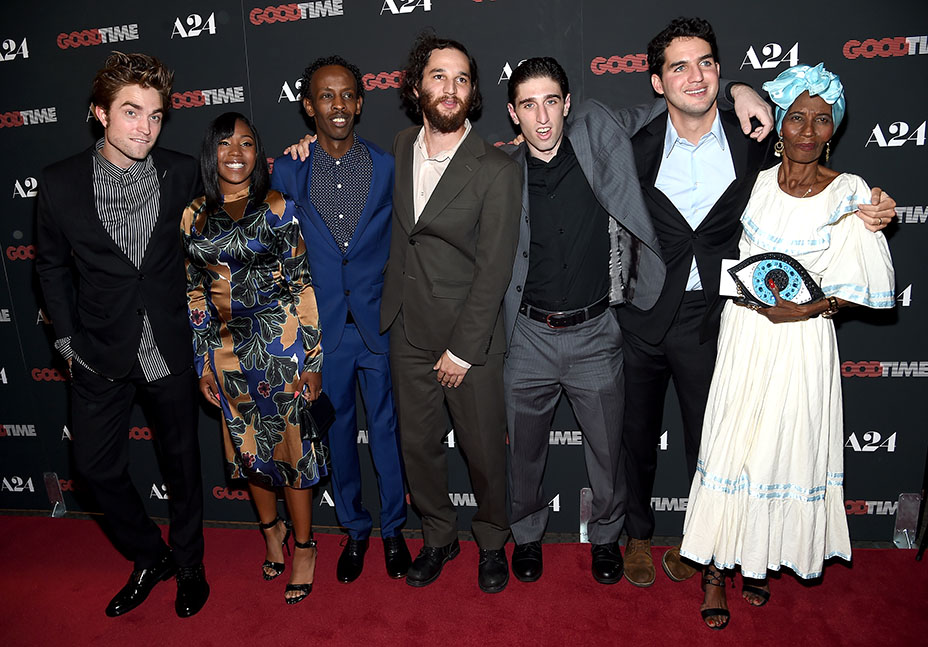