Jay Baruchel was up late in a hotel room refreshing Twitter over and over. The actor and filmmaker had spent years getting his horror passion project Random Acts of Violence off the ground, and it was finally a reality, with the film premiering at Fantastic Fest in Austin. Only he wasn’t there. Instead, Baruchel  was across the ocean in Portugal for one of the few life events that could top seeing Random Acts’ debut with an audience: his own wedding.

“It was garnering the reactions I had hoped,” Baruchel recalls of monitoring Twitter the two nights the film screened at Fantastic Fest last September. “I really hoped if you didn’t sort of really dig my flick a lot, that you hated it. I would have failed miserably if people were 5/10 on it.”

Nearly a year after the Twitter-thon (and successful wedding), Random Acts of Violence is poised to debut on the horror-focused streaming service Shudder Aug. 20, and THR has the first trailer for the project. (It first hits VOD and has a limited theatrical release in Baruchel’s native Canada July 31 via Elevation Pictures.)

The film, based on the comic by Jimmy Palmiotti and Justin Gray, centers on successful comic book creator Todd (Jesse Williams) in search to an ending for his series focused on a serial killer. On a road trip, Todd finds the murders he’s depicted on the page are showing up in real life. Baruchel has a role as Todd’s close friend and business partner, opposite Jordana Brewster and Niamh Wilson. 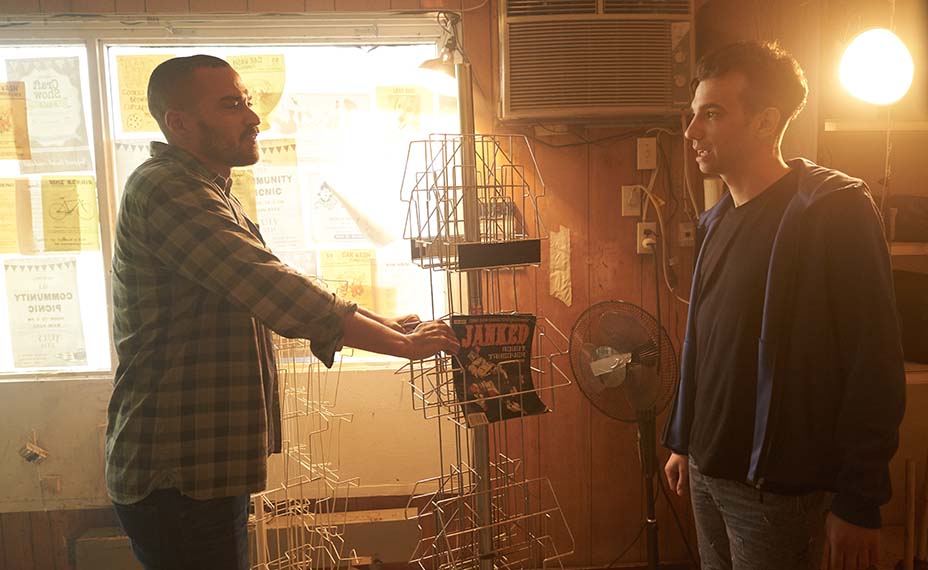 Baruchel and writing partner Jesse Chabot first boarded the project back in 2011 and over the years have had a number of close calls (and heartbreaks) that saw the project move forward only to fall apart. Over that time, the duo co-wrote Baruchel’s directorial debut, the 2017 sports comedy Goon: Last of the Enforcers – and wrote draft after draft of Random Acts, injecting life experiences — including a few complex relationship scenes that you might not expect from a horror movie.

“Our first draft, I don’t even know that either of us were even thirty yet. It’s a disfunction of being in your twenties, to think that you’re not going to learn anything else,” recalls Baruchel.  “To think that, ‘alright, I’m in the mix now. This is it, and this is the grown-up I’m going to be.’ It’s just not like that. Our POVs had shifted and our beliefs had shifted.”

Though Baruchel has been acting since age 12 and is known for roles in films such as Tropic Thunder and How to Train your Dragon, directing has been his ultimate goal. He learned from being on sets with Clint Eastwood (Million Dollar Baby) and David Cronenberg (Cosmopolis) and notes, “there was a tremendous lack of anxiety” on those sets which he recalls for their calm. 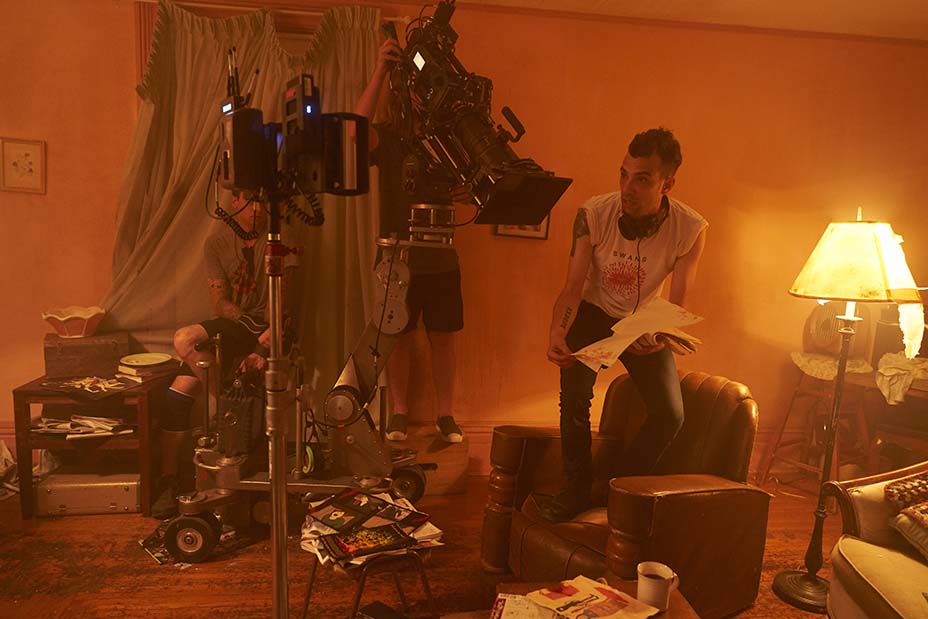 In 2007, filmmaker and star Ben Stiller took Baruchel under his wing on the set of Tropic Thunder, explaining his setups and his thinking, because the filmmaker knew Baruchel wanted to direct some day. A year later, Baruchel got perhaps the best film school opportunity someone could ask for, only to see it disappear.

The actor was cast as the villain Maxwell Lord in George Miller’s lost Justice League: Mortal. It was a big deal for Baruchel, whose mom had shown him Miller’s Mad Max 2 as a kid, her own way of giving her son a film school education, of sorts.  Baruchel shadowed Miller for two weeks in Australia while the filmmaker was in prep mode. The actor was only suppose to be in a dozen scenes or so, and while the heroes of the film were going to be staying in Australia for the entirety of the six months, the production informed Baruchel he’d be flying back and forth since he wasn’t needed the whole time.

“I asked Miller if that’s what he wanted, and he was like, ‘No, I want you here the whole time, because I want you to shadow me. I know you have an interest in filmmaking and I’d like you to shadow me like Mel [Gibson] did on Thunderdome,'” Baruchel recalls Miller saying.

A decade later after that lost opportunity, Baruchel would be filming Random Acts of Violence over a quick twenty days that included complicated moments featuring car chases and gunplay. He tried to bring some of the energy from his favorite directors to his own set, particularly those who encouraged their cast and crew to be pitch ideas.

Says Baruchel: “You should see and feel the fingerprints of everybody who worked on it.”