Decades before they would shoot their first feature film, brothers Jonathan and Josh Baker were the kind of kids who roamed their native Australia on BMXs. They loved movies, and as twins they lived in their own world, not quite understanding why rolling up to a movie theater without shoes might get them in trouble with its manager.

When they got older, they got a taste for filmmaking by borrowing a junky camcorder from their school, capturing fleeting moments that they thought would look badass; one of them lighting his hand on fire and before dipping it in water and other images worthy of trailers for the movies they adored — Back to the Future, Raiders of the Lost Ark, Bad Boys.

The brothers grew up and turned that knack for capturing arresting images into a lucrative career, moving to New York in 2007 to direct commercials — some great (their reel includes brands like Nike and AT&T) — while some jobs they took, they admit, fell into the not-so-great category. Almost as soon as they gained stature in the commercials field, they started to rebuff offers from Hollywood to helm features.

“Everything that was being offered was either really giant or really micro horror stuff, and none of it really grabbed our interest” says Josh Baker.

But this week, the brothers are finally stepping out in a big way with Kin, a family/crime drama that has a sci-fi twist. It stars Myles Truitt as Elijah, a teenage boy who discovers an alien gun with unknown powers. His adoptive brother Jimmy (Jack Reynor) owes money to seedy criminal boss Taylor (James Franco), and things take a downward turn for Elijah’s family from there. 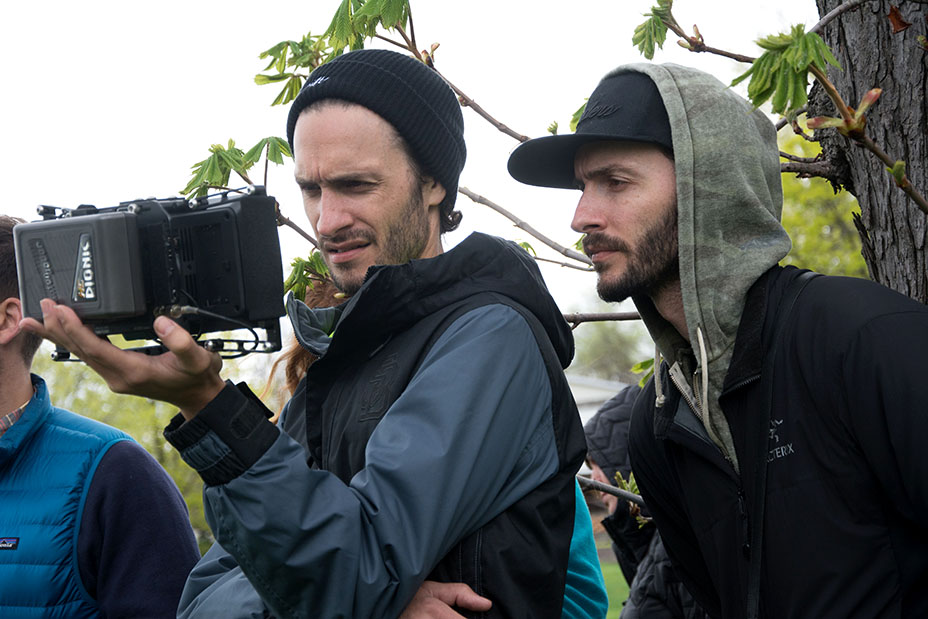 So why did it take the Bakers so long to say yes to a feature?

“We were aware enough that doing commercials you can hide,” says Josh Baker. “When you step into movies, you’re exposed and you are public and it’s forever. The No. 1 on IMDB needs to represent you wholeheartedly.”

So, while excelling in commercials, they also started making short films on the side.

Kin began life as a short called Bag Man, which the brothers created with help from some of their commercial pals. It’s a meditative journey through New York from a teenage boy’s perspective. It’s not until the final minutes that you fully realize what you are watching as the young protagonist pulls out an alien weapon from his bag in order to confront some unsavory bad guys. (Watch Bag Man below.)

The short screened at South by Southwest in 2015, and quickly caught the attention of producers wanting to turn it into a feature. Shawn Levy was among the producers vying for the project after his 21 Laps partner Dan Cohen recommended it.

Today, 21 Laps is top of mind when it come to genre fare thanks to Netflix’s Stranger Things and Denis Villeneuve’s Arrival, but a few short years ago, Levy and his company were better known for movies like Night at the Museum and Date Night. So Levy had to work to win the Bakers over.

“At that time, I couldn’t point to sci-fi drama as proof that 21 Laps knew what it was doing in sci-fi drama,” recalls Levy. “Essentially I said this, ‘There’s a lot of great producers, but I’m going to put this project on my back and get it made.’ Which, by the way, was the exact same thing I told [Stranger Things creators] The Duffers.”

Dan Casey was brought aboard to pen the script for Kin, and the brothers looked for the cast, including an unknown kid who could handle the lead.

“The one thing we wanted to take from Bag Man is the quietness of that character,” says Jonathan Baker. “Obviously, we couldn’t give him no dialogue like Bag Man, but we could instill an introspective tone to him, where he observes a lot of the time. And he’s one of the smartest people in the room even though he’s an innocent and 14 years old.”

The Bakers assembled a shortlist of three actors after viewing hundreds of auditions, but none of them would ultimately land the part. They were driving along on Sunset Blvd. in Hollywood when they received a link to a video audition, and they instantly knew they’d found their lead in Truitt,  who exuded the quiet intelligence his character Elijah needed.

21 Laps took the film out as a package that also included stars Dennis Quaid and Zoe Kravitz, and Lionsgate bought it at Toronto for what sources told THR at the time was in the $20 million range. The Bakers then embarked on the longest shoot of their lives — 47 days — mostly in Toronto, but also in Detroit and Nevada.

“We put money into shoot days. We knew we needed time on this. We’ve got a lot of locations, we’ve got a kid actor. Time restrictions,” says Jonathan Baker, noting they were fortunate to get so many days as first-time directors. “I know a lot of directors who get in their 20s on their first movie.”

Filming wrapped and the brothers hunkered down for the postproduction process.

During that time, accusations of misconduct unrelated to Kin came to light about Franco, who has a small but crucial role in the film, with five women accusing the actor of sexually exploitative behavior in a Jan. 11 Los Angeles Times story. In the intervening time, Franco’s creative partners have grappled with how to respond, with executives at HBO, where Franco returns as a star of season two of The Deuce, saying they were not hiding his involvement via the shows marketing. The Kin team also chose not to significantly change its rollout plans in light of the stories about Franco.

“There was definitely the need to react and chart a course beyond those stories coming to light and he certainly is a great part of the movie. He’s a great actor and he’s in the [marketing] materials and very much in the movie,” says Levy. “There was never a formal, ‘Let’s show him front and center’ versus ‘Let’s not show him at all.’ It was always a supporting villain role, and his presence in the materials felt like it could stay roughly the same and remain true to the nature of that part.” 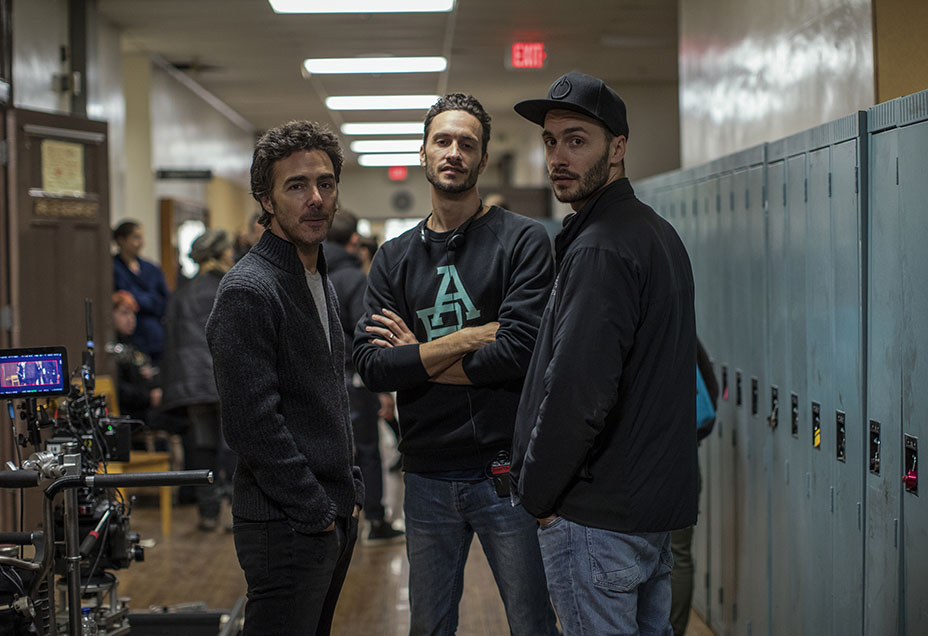 The marketing for Kin, which was given a boost when Michael B. Jordan shared a trailer on Instagram in May, has emphasized both its sci-fi trappings and its family drama elements, which is appropriate given the relationship between its directors.

“You can kind of take the sci-fi out of the film and I think this movie would stand on its own as a movie about two brothers,” says Jonathan Baker.

In a world of cinematic universes and sequels, Kin is also the rare genre movie that both feels like a stand-alone and also built to set up something larger. The brothers say they also built it for repeat viewings.

“We know where it’s going to go, but this is also self-contained, and I think it wraps itself up in an interesting way where it leaves you asking questions and thinking about the movie,” says Josh Baker of sequel possibilities.

Adds Levy: “If we earn the privilege of the next chapter, I’ll just tell you it’s a crazy, big juicy next chapter.”