The social media discourse surrounding the remake of The Lion King, directed by Jon Favreau, has become a fascinating one that serves as an entryway for a larger discussion on how we tell stories and who those stories belong to. Everyone has an opinion about Disney’s remakes, and so rarely do they fall in the realm of ambivalence. We’ve got those fervently defending The Lion King, excited at the prospect of revisiting a childhood favorite in a new fashion, and hearing a new soundtrack bolstered by Beyonce’s vocals. And we have those incensed by Disney’s alleged cash-grab tactics, and their lack of risk in the face of success after success. Even politicians are getting in on the conversation, with presidential hopeful Andrew Yang tweeting over the weekend, “I find live action remakes of Aladdin, Lion King, and other movies I grew up with a bit depressing. It’s like we can’t come up with new stories.” It’s an oft-repeated sentiment, countered by the fact that we do receive new stories, frequently, they just don’t come as often from major studios or get anywhere near $1 billion at the box office. Yet, Disney isn’t the only studio retelling old stories, and it certainly isn’t the first. Reflecting on our history with the stories through which Walt Disney’s media conglomerate has cornered the market, it’s worth asking: What’s the real issue with Disney’s remakes?

The studio’s remake ambitions aren’t showing signs of slowing down anytime soon. Despite the vocal online controversy that surrounds almost every one of these remakes, and the critical divide that’s becoming more prominent, Disney has proven that audiences are generally receptive to the mix of nostalgia and technical achievement that make up its remakes. Earlier this year, Dumbo was far from a runaway hit, taking in $352.1 million worldwide, but Aladdin, plagued by terrible trailers and poor early online buzz, has ridden off with $960.2 million so far as the biggest hit of Will Smith’s career. The Lion King, the remake of the 1994 animated film, hits North America this weekend and is looking to be a big win in what has been a disappointing summer box office for many major studios — that is, except for Disney. 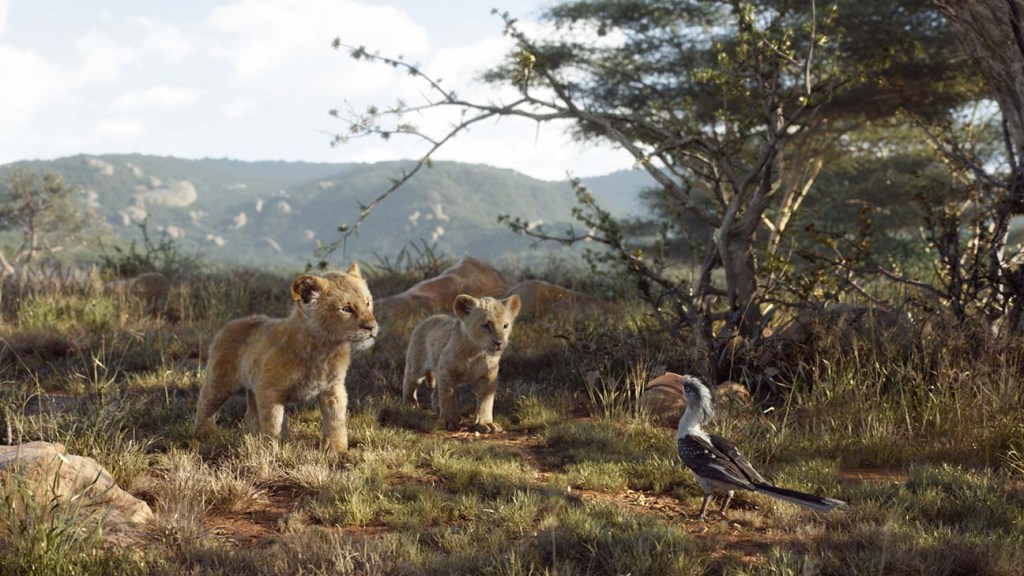 As one of the biggest media companies in the world, there’s no scenario in which Disney is the underdog. There’s no benefit in the defense of such a major corporation and the financial goals attached to its remakes, but perhaps there is benefit in defending the way we tell stories, the way we’ve always told stories. What’s most striking about the conversation that surrounds Disney’s remakes is that they are, by and large, adaptations of pre-existing material, stories born from myths and fairy tales we’ve seen retold time and again across a variety of media, long before Walt Disney developed Mickey Mouse, long before the advent of film even. The vast majority of Disney’s animated classics are already retellings. The studio’s cinematic success that began with Snow White and the Seven Dwarves (1937) was founded on the idea of remaking. The tale of Snow White, first published by the Brothers Grimm in 1812, was revised and reprinted, occasionally by the brothers themselves, throughout the 19th century, each adding or removing an element of a story that many of us could now recite from heart. It wasn’t even until the Broadway adaptation in 1912 that the seven dwarves received names, different from those of the 1937 film, though now the idea of such prominent characters not having distinct identities is almost unthinkable. 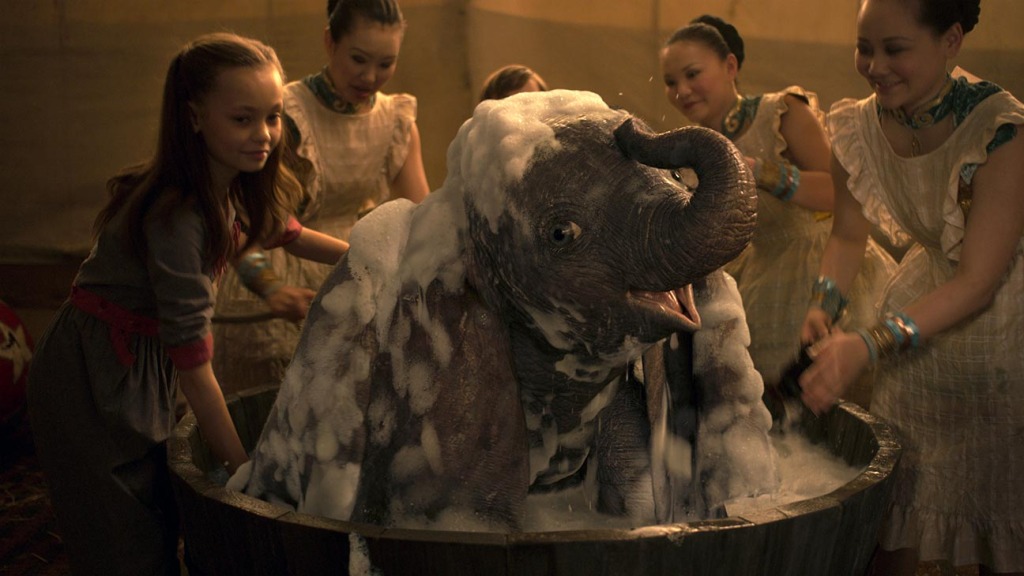 If we look at all of Disney’s contemporary live-action remakes, reimaginings, or retellings, starting with Alice in Wonderland (2010) and going through Aladdin, we’ll find that each one of them is already based on pre-existing material, though some lesser known than others. David Lowery’s Pete’s Dragon (2016) not only has the 1977 film as its basis, but also an unpublished short story by Seton I. Miller and S.S. Field. Tim Burton’s Dumbo is a remake of the 1941 animated film, which itself was based off of a novelty toy prototype, a “Roll-a-Book,” written by Helen Aberson-Mayer and Harold Pearl, and illustrated by Helen Durney. Both Burton and Lowery’s films distance themselves from Disney’s originals, reimagining the stories and introducing new characters. In fact, there isn’t a single Disney remake that doesn’t do at least something different narratively that distinguishes it from the animated original. We can debate the necessity of these remakes ad nauseum, but the creative work that goes into these films isn’t so different from the revisions of the Brothers Grimm.

The Brothers Grimm were scholars who collected folklore, and Disney didn’t originate its stories. They are the works of Lewis Carroll (Alice in Wonderland), Rudyard Kipling (The Jungle Book), Gabrielle-Suzanne de Villeneuve (Beauty and the Beast), and Hanna Diyab (Aladdin), among others. Yet these stories, those that Disney did not purchase like Dumbo and Pete’s Dragon, are part of the public domain. Disney isn’t the only entity who has benefited from the ability to borrow these stories. How many retellings of Alice in Wonderland, through film, television, even video games, have we seen over the years? Beauty and the Beast has survived not just as a Disney classic but as Jean Cocteau’s La belle et la bete (1946), itself remade in 2014 by Christophe Gans. The story found life again in the Ron Perlman- and Linda Hamilton-led TV series Beauty and the Beast (1987-1990), later remade as a series for The CW in 2012. And there was also the Twilight-influenced Beastly (2011), a CBS Films adaptation of Alex Flinn’s novel. Quality aside, these retellings are part of the human tradition, once told orally around the fire and now told in darkened theaters, the comfort of our living rooms, or the palms of our hands.

Like the myth of the flood, as seen in mythology and religions across the world, or Shakespeare’s tale of star-crossed lovers, it’s often difficult to say who these oft retold stories belong to. It’s even more difficult to claim originality when so many of our stories borrow from each other, while still having their share of differences. Author Neil Gaiman, well versed in the retelling and reimagining of stories and myths, spoke about originality on Mick Garris’ Post Mortem podcast, where he said one of the great things he learned from author Jonathan Carroll is “the purpose of an author is to tell it new” and that the distinctive voice that each storyteller has makes a story their own regardless of similarities or who got there first. While that is perhaps a more altruistic lens through which to look at Disney’s remakes, there is something to the fact that these films, regardless of the corporate intent behind them, do often carry the voice and creative intent of their filmmakers with them, be it Guy Ritchie (Aladdin), Kenneth Branagh (Cinderella) or Tim Burton (Dumbo).

While Disney’s remake of The Lion King isn’t original, neither was the 1994 animated film. Its narrative borrows heavily from Shakespeare’s Hamlet, and given the Bard’s penchant for borrowing himself, that seems like fair game. Less fair perhaps is the resemblance, not narratively, but artistically, that The Lion King (1994) shares with Osamu Tezuka’s 1960s anime Kimba the White Lion. While artists often imitate influences, Lion King animator Tom Sito, who was interviewed about the controversy by The Huffington Post in 2015, denied any conscious influence by Kimba, and the film’s directors, Roger Allers and Rob Minkoff, said they were unfamiliar with the anime. Yet the artistic similarities between the two, highlighted in a number of YouTube videos, make those claims difficult to buy entirely. The similarities between Kimba and The Lion King raise more questions about the ownership of stories when they transcend into a visual medium. And perhaps ownership is at the heart of the divide over Disney’s remakes. 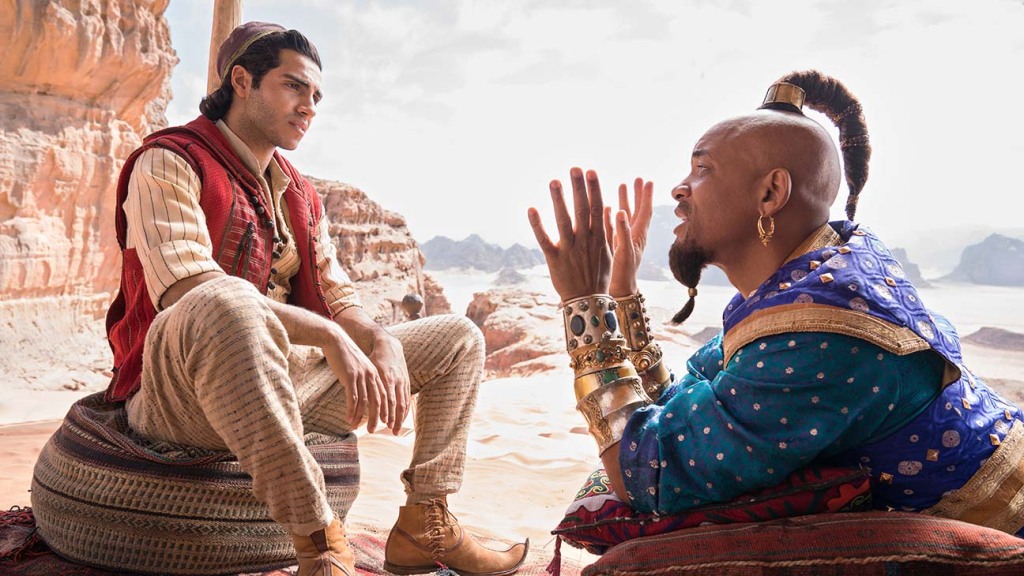 There is unquestionably an element of nostalgia that drives audiences to theaters to see Disney’s Aladdin remake or Beauty and the Beast (2017), and that element is largely the reason behind why casting decisions so often turn ugly. Take the recent casting of Halle Bailey as Ariel in the upcoming remake of The Little Mermaid, for example. A vocal minority made a lot of noise about a character, depicted as a Caucasian redhead in Disney’s 1989 animated film, being played by a black woman. Among the complaints were those who claimed to want to see the character depicted as she traditionally appeared, albeit in live-action. This was despite the fact that the Danish fairy tale from Hans Christian Andersen doesn’t resemble the animated film either in narrative or artistic depictions. Perhaps the same reasons that make Disney fans rush out to see these remakes and regard them with hyperbolic praise are the same reasons that lead their critics to see these remakes as hyperbolic death knells to cinema.

Disney’s versions of these fairy tales have become more ingrained in pop consciousness than any other iteration, including the urtext. As a result, there’s an expectation about what these stories are, what they can mean and who they are for, that Disney, even with the changes made, rarely counters in its remakes. It would seem that it is not so much the retelling of these stories that gets under the skin of certain segments of the filmgoing population, but that they are being retold by Disney. The interest from film critics, journalists, and denizens of Film Twitter when Sofia Coppola was announced to direct a now-defunct adaptation of The Little Mermaid for Universal was markedly different than the reaction that Rob Marshall would be helming Disney’s version. Likewise, Guillermo del Toro directing a stop-motion adaptation of Pinocchio carries more weight than the possibility of Disney remaking their 1940 animated film, which seems inevitable at this point. And perhaps there is something to these criticisms and the apprehension that audience members are more enticed by the brand of Disney than the story being told. A perfect example of that is Disney’s The Jungle Book (2016) earning a 95 percent rating on Rotten Tomatoes and $966.6 million worldwide, while Andy Serkis’ adaptation, announced a year earlier than Disney’s, earned a title change, Mowgli: Legend of the Jungle, a Netflix distribution despite being produced by Warner Bros., and a 52 percent rating on Rotten Tomatoes, despite falling closer to Kipling’s original work.

The real issue with Disney’s remakes isn’t that they are remakes or even re-adaptations. It’s not even the quality of the films, which for the most part have been good. The issue has become, at least for those film fans weary of Disney’s hold, that these remakes are now the dominant tellings of these stories, while the knowledge that they are only a small part of history has become lost on too many moviegoers eager to think of a corporation as their friend, one who can meet their wishes. Disney’s remakes are part of a tradition that always has been, but it’s a tradition worth being aware of so that corporate dominance doesn’t rewrite the history of our most important commodity: the telling of stories.

Heat Vision Download: What to Watch, Play, Read in August