A blond, buff, ponytailed Henry Cavill is an unlikely emblem for Polish culture. But the Justice League star, who plays monster hunter Geralt of Rivia in Netflix’s hit fantasy series The Witcher, has become a sort of poster child for the booming business Poland has seen in its creative industries over the past few years.

Some 76 million Netflix users, or 45 percent of the company’s global subscriber base, chose to watch the fantasy drama — based on a series of best-selling cult fantasy novels by Polish writer Andrzej Sapkowski — following its premiere Dec. 20 on the streamer. (The books were previously adapted as a trio of hugely successful video games.) Netflix, which called The Witcher its most successful series start of all time, quickly re-upped the show for a second, eight-episode season, to premiere in fall 2021.

Despite its Polish IP, little of The Witcher actually shot in the country (other than a few key scenes reportedly done at the Ogrodzieniec Castle near the German-Czech border, the series was filmed mainly in Hungary and on the Spanish island La Palma). Cavill’s all-conquering hero is a fitting symbol for the growing strength of Poland’s homegrown audiovisual industry. Take the film business: Polish box office topped $290 million last year, with 60.9 million admissions, continuing a long run of record-breaking years. Disney’s The Lion King managed to beat out local hit Kogel Mogel 3, the latest in a wildly popular comedy franchise, and Joker came in just ahead of Patryk Vega’s Politics, a ripped-from-the-headlines news satire, but local-language features, which account for about a third of total ticket sales, remain the driving force behind revenue growth. 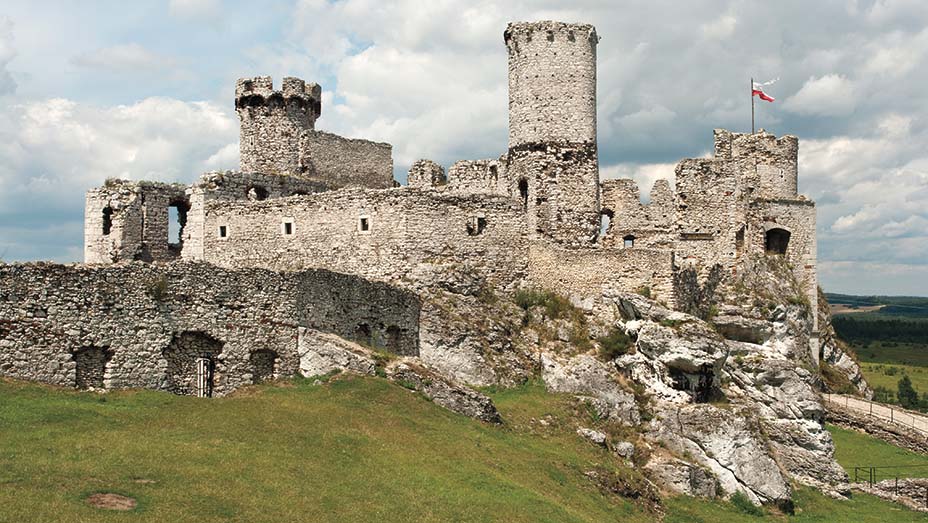 On the art house side, Poland scored back-to-back Oscar nominations, with Jan Komasa’s Corpus Christi earning a best international feature nom this year, following compatriot Pawel Pawlikowski’s contender Cold War last year. While both titles lost out at the Academy Awards, neither struggled at the box office. Cold War grossed more than $20 million worldwide, an astounding figure for a black-and-white, non-English-language period drama. The low-budget Corpus Christi, on the back of its domestic success, where it took in more than $8 million at the Polish box office, has virtually sold out worldwide for New Europe Film Sales. Film Movement is handling the U.S. bow.

Next up is fellow Oscar nominee Agnieszka Holland (In Darkness, Spoor), whose latest, The Charlatan, about notorious Czech faith healer Jan Mikolásek, will have its world premiere at the 70th Berlin International Film Festival on Feb. 27.

In the last decade, Polish films cash rebate on the local spend for film or TV productions. It’s open to national and international feature films, animation projects, documentaries or TV series. To receive support, producers have to hire local talent and crew and shoot in Polish locations or at local studio facilities. But if those criteria are met, support is granted automatically. The film institute picks projects based on economic and legal requirements, not artistic ones.

“We are satisfied with the first effects of the incentive system,” says Radoslaw Smigulski, general director of the Polish Film Institute (PISF), noting that some $13 million has been handed out to 26 projects in the first few months of the program.

The new scheme has already brought in some $54 million in production spending for the region. “This is a real profit for the Polish economy,” adds Smigulski.

The Polish Film Institute is now pushing to improve the country’s production infrastructure by building more sound stages and improving the ones it already has.

Warner Bros.’ regional operation gave the thumbs-up to Poland’s new program, tapping it for its new feature Other People, a contemporary hip-hop musical based on the 2018 novel by Polish writer Dorota Maslowska that Aleksandra Terpinska is directing. Warsaw-based Mandants, whose credits include Holland’s Charlatan and Claire Denis’ High Life, is co-producing together with Alcatraz Films of France.

Aside from Europe and the U.S., Bollywood has also discovered Poland, with Hindi productions such as Abhishek Kapoor’s Obsession, a modern-day adaptation of Charles Dickens’ Great Expectations, Atlee Kumar’s thriller Mersal and Sajid Nadiadwala’s action comedy Kick all choosing the country’s stunning natural and historic settings to act as stand-ins for locations across Europe and Asia. 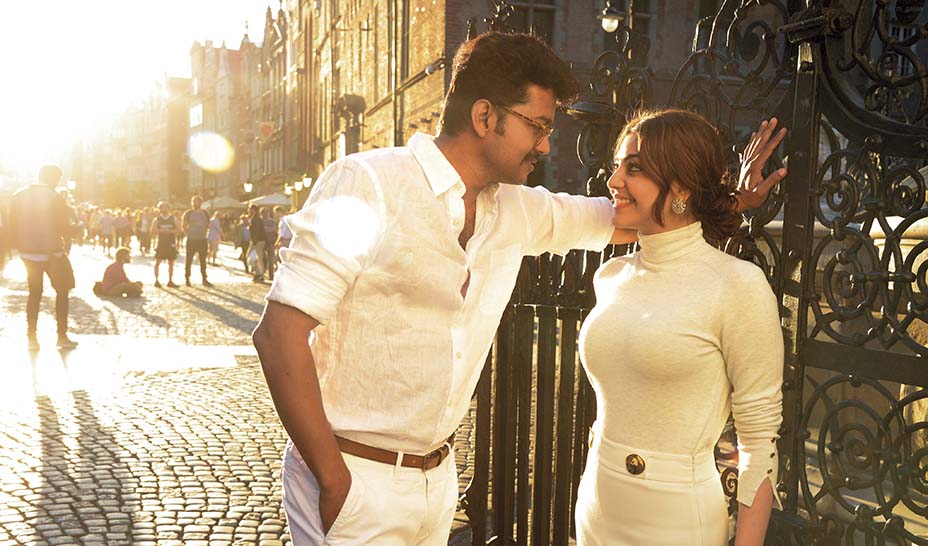 Small-screen production, which is booming thanks to an increase in commissions from both traditional broadcasters and streaming services, has also tapped the cash rebate program. Among the highlights are German World War II-set miniseries The Turncoat, the second season of AXN-backed sci-fi series Ultraviolet and The Woods; a thriller series adapted from the Harlan Coben novel that ATM Grupa is producing for Netflix; and Thaw, a six-parter from HBO Europe from the pen of Marta Szymanek, a writer of HBO Europe’s local hit The Border. 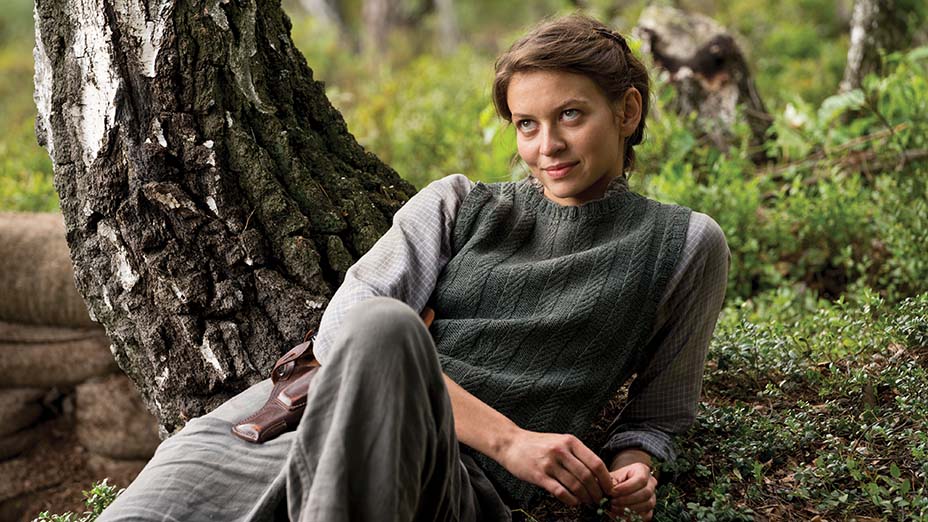 TV production can only go up as streaming services — Amazon, HBO Max, Apple TV+, etc. — roll out internationally and, following the Netflix and HBO Europe model, produce local-language programming to suit the demands of the Polish audience.

It’s become a virtuous circle: more productions lead to better were presented at the festivals in Berlin, Cannes, Venice, Sundance and Toronto and nominated for the prestigious international awards like Oscars or BAFTAs,” says Smigulski. He can’t resist getting in a plug for the PISF, pointing to new incentives, like the 30 percent cash rebate for film and series production introduced last year. “We are now negotiating the development of new facilities,” he notes. The incentive scheme — introduced in February 2019 to support audiovisual production — allows local or visiting productions to access a 30 percent crews with more expertise, which leads to more incentives from the government to back higher-quality facilities and more incoming productions, which leads to better crews. And on and on.

“I’ll give you two major reasons why foreign producers should come to Poland with their projects: the 30 percent cash rebate, which was a definitive game changer for the Polish film industry, and fantastic talents, from DOPs, composers, production developers, VFX supervisors, whatever,” says Lukasz Dzieciol, a producer at Opus Film (2015 Oscar winner Ida). “The prices for Poland’s skilled film crews are unbeatable in the region.”

It might even be enough to entice Netflix to shoot the second season of The Witcher in Silesia or Szczecin. Poland, in any case, would be ready for them.

This story first appeared in The Hollywood Reporter‘s Feb. 20 daily issue at the Berlin Film Festival.