Mighty Morphin Power Rangers may seem a bit dated today, but the beloved 1990s kids series was, in its own way, progressive for the time. It featured a racially diverse cast and two female superhero leads, plus it preached ideas like peace over violence (even if there was actually a decent amount of violence, too).

Now, Lionsgate’s rebooted version has taken that tradition and run with it, with the film featuring superheroes that are not only diverse in their casting, but also with the issues they are dealing with. One Power Ranger is revealed to be on the autism spectrum, another is questioning her sexual orientation, and another deals with a scandal at school that involves racy images on a phone.

In a conversation with Heat Vision, Dean Israelite also reveals why it’s a very good thing to have star Bryan Cranston on your call sheet.

One thing that stands out with this film is its diversity, such as Billy talking about being on the autism spectrum, which you wouldn’t have heard about in a ‘90s property. How did you decide to bring that new element into things?

It’s something [screenwriter] John Gatins and I talked about a lot. We always said, “We’re making a movie about teenagers and about growing up.” We talked about how different the world is today from when the first episode ever aired. And if you are going to make a movie about teenagers today, you’ve got to deal with the issues and the challenges they are facing in their world. And that’s the world we are going to modernize [in] the movie. That was always at the forefront of our minds, and I’m really proud of that aspect of it. And talking about diversity, it’s not just racial diversity in the movie. What I think is really great is we are trying to give a voice, and we are trying to represent characters like Billy, who are either underrepresented or not represented in movies — and specifically in movies like this. I’m proud of that, and I’m excited for young audiences to experience that.

The film also features a character, Kimberly, who gets in trouble for sexting, which wasn’t a thing back when the ‘90s show was on, but now is an issue teenagers are dealing with. How’d you decide to bring that element in?

That was John’s idea from the start for Kimberly. John has two teenagers, and he is living in a world where his kids are constantly on social media. He tells me that he says to them, “You’ve got to be careful. You’ve got a bomb in your pocket.” A phone is a really powerful thing, and social media is a really powerful thing. You’ve got to use it wisely, and you’ve got to be careful. You’ve got to be careful what your friends do with it. And I think he sort of — he lives with teenagers, and that’s sort of at the forefront of his mind. So he wanted to bring that to the movie, and I agree, it’s really relevant, and I think it’s about dealing with something as timeless as bullying and then bringing it to the specificity of the kids today not just having to deal with bullying; they have to deal with cyberbullying.

Your opening shot features Bryan Cranston in full prosthetic makeup. How long did you have him for?

We had a few days. We shot that opening sequence in a day, with him crawling through the mud and all of that. Then we did all of his facial-capture stuff. When he’s in the wall, that’s all his performance. That’s all facial capture, so he’s playing all of that with nine cameras pointed at his face. So it’s not just voice work. It’s all about capturing the emotion of his expression.

What did you learn from having him as your Zordon?

He is fully committed. He wants to get to know you as a filmmaker, he wants to get to know you outside of the project that you are doing, and all of those conversations, I think, actually influenced the work. And I just really tried to eat it up with a spoon when I was with him because I found it to be sort of an education, sitting with him and picking his brain and having conversations about film in general. And it was really a good time. He brings a great energy, and he’s fun to be around, but he also takes the work really seriously, and that’s exciting too.

Check back to Heat Vision this weekend for a spoiler-filled interview with Israelite. 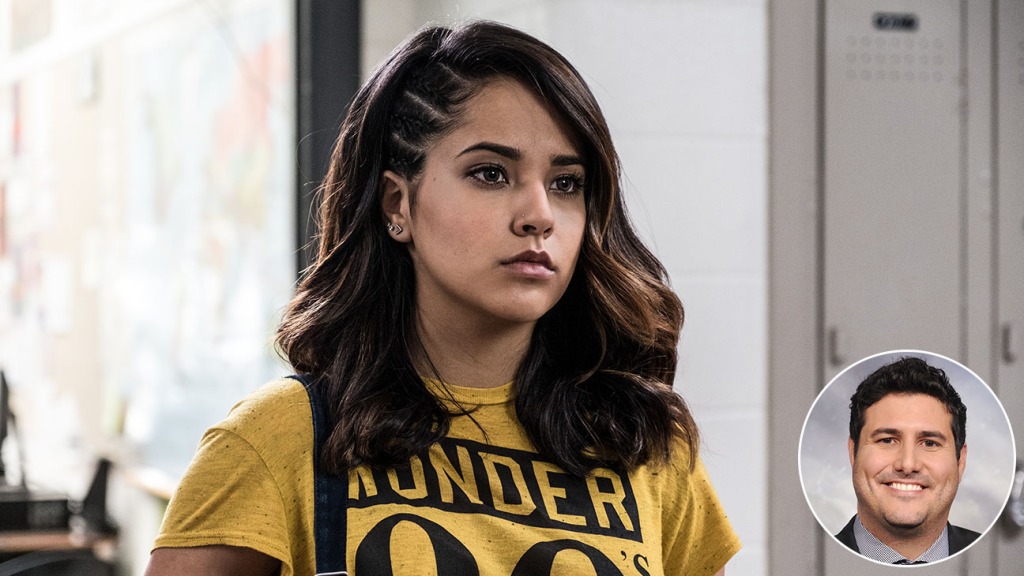