AHOY Comics’ Second Coming enjoyed no small amount of critical acclaim when it debuted last year, even as it faced controversy and cancellation at its former home, DC’s Vertigo imprint. As the second series launches, The Hollywood Reporter talked to the title’s creators about what’s next.

The concept behind Second Coming is very simple: Jesus returns to Earth and discovers that humanity has moved on, and prefers to worship Sunstar, a Superman-esque hero, instead. From that (potentially blasphemous) idea, what followed proved to be a surprisingly subtle and sensitive exploration of faith, hero-worship and the way both exist in today’s popular culture — all wrapped up in a mismatched buddy comedy that also featured one of the most unexpected depictions of God one could imagine.

The new series, Second Coming: Only Begotten Son, picks up where the first left off — with Sunstar about to become a father — and it also doesn’t, with a first issue set on Sunstar’s home planet just before it was destroyed. THR talked to writer Mark Russell and artist Richard Pace about what to expect not only from the first issue, but the new series as a whole.

The series has always been a social satire, at least in part, but this new issue underscores that in a perhaps unexpected manner: the look at the final day of Zirconia, the home planet of Sunstar, feels particularly pointed in terms of the parallels with our world, and a different way of discussing the values of the series as a whole. Is this a sign of what to expect from the rest of the series — an expansion of the mission of empathy and kindness, and the recognition of how difficult that can be in reality, that audiences have already responded to?

Richard Pace: Yes, again. It’s holding a mirror up to our world in the same way as the first series did.

Mark Russell: One of the points that was made, or at least attempted, in the first season was that all the solutions we’ve managed to come up with — violence, laws, even compassion, are all kind of incomplete. None of them really works all the time. In the end, there is no solution for the problem that is ourselves. All we really have is a set of situationally dependent tools and, hopefully, the wisdom to know when to use them. But if you’re going to make a mistake, err on the side of empathy and compassion, because it creates a lot fewer problems down the road. So yeah, these are themes that will be further explored in the second season.

The first season of Second Coming felt weighted towards Jesus’ emotional journey, but this new issue suggests that there’s going to be more of a Sunstar focus this time around — including, as seen in this issue, a take on the Superman origin, and specifically Superman’s parents, that needs to be read to be believed. How much did his impending fatherhood influence the choice to explore his own background?

Russell: The second season will go back and forth. Some issues will be more about Jesus, others more about Sunstar. But the theme that unites both storylines — as the title implies — is fathers and sons. Or about how we don’t really consider how we’ve booby-trapped the world for our children until it’s too late. About how progress is really just a word for how much work we are willing to put in to fix the mistakes of the past.

Pace: In the first arc we tried to have the visuals show how the world was balanced between the historical/Biblical world and the more earthbound Sunstar world. In this arc, I’m hoping readers get the sense that Jesus’ place in the world is in connecting with humanity more. That should be very clear by issue four.

Were you surprised by the response the first season received? Did it feed into what you’re doing with this second go-around?

Pace: Pleasantly surprised, to be sure. Possibly the biggest surprise was the number of fans the series found among various religious communities.

Russell: I was surprised at how much controversy it generated. Especially before anyone had read so much as a page of it. Once it actually came out and people responded well to Second Coming, generally speaking, that was the response I was hoping for. But, in the end, how people respond to your work is their business. It’s their end of the cultural division of labor, so I don’t worry too much about it.

Just say what it is you have to say and leave worrying about the reaction to the people having it. So with an attitude like that, you could probably conclude that the response to the first season didn’t really move the needle for what was coming in the next. That, and I already had most of the second season plotted out while writing the first.

So what should readers be expecting from this second season? More appearances by the wonderfully laid back God, I hope.

Russell: God does have some more appearances. In fact, we get more of Heaven and how things work up there. Also, Jesus runs afoul of a Christian theme park and gets some new disciples. There’s a storyline where Sunstar decides to have office hours and take suggestions from the general public. Is that enough of a teaser? Is that a teaser at all? I don’t want to give too much away.

Pace: We’re building and expanding on what came before, so more of the same things that made you laugh and cry last time and new things to laugh and cry about on top of that.

Second Coming: Only Begotten Son launches Dec. 16. Read on for a preview from the first issue, as well as exclusive cast sketches from Pace. 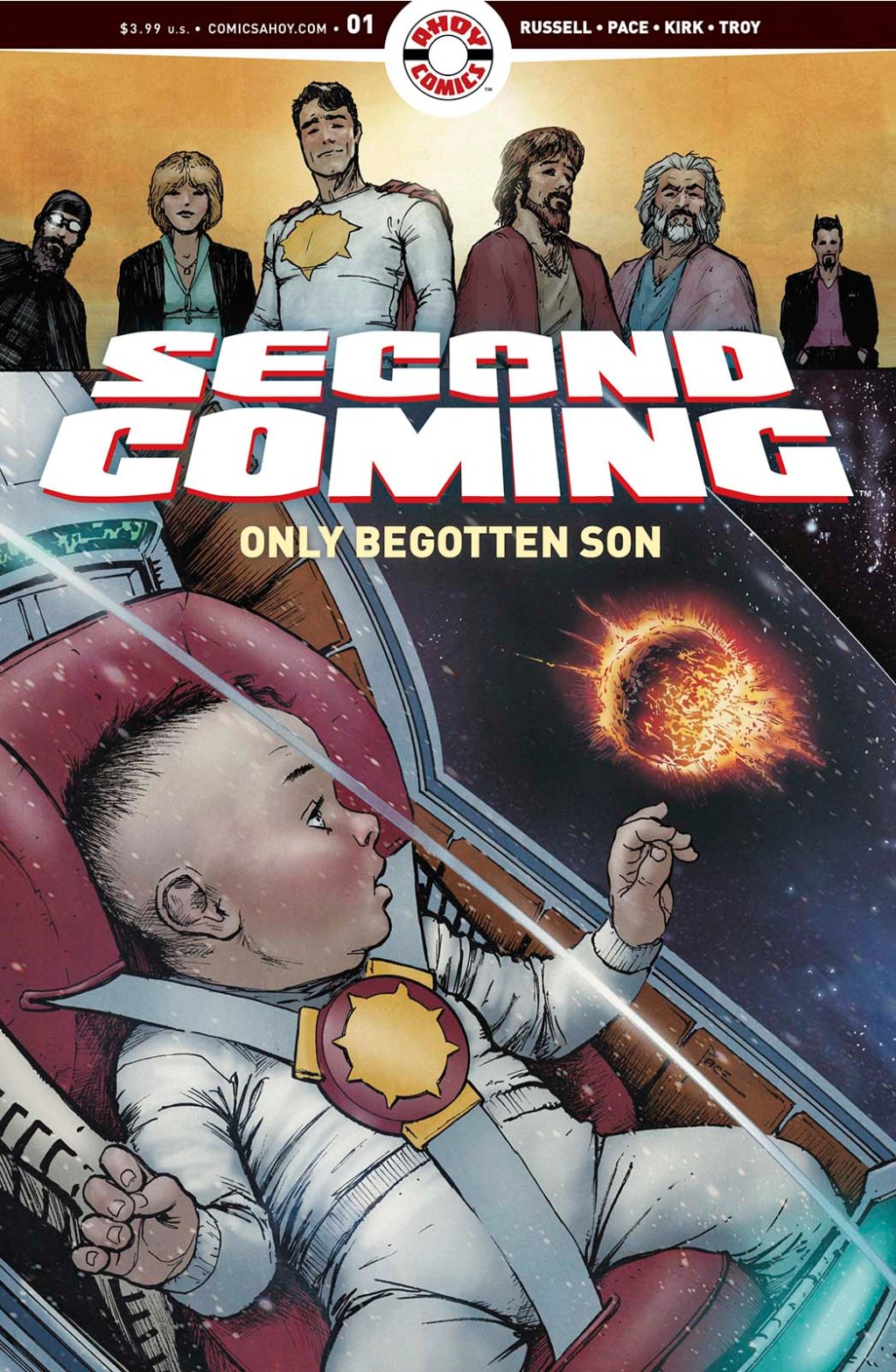 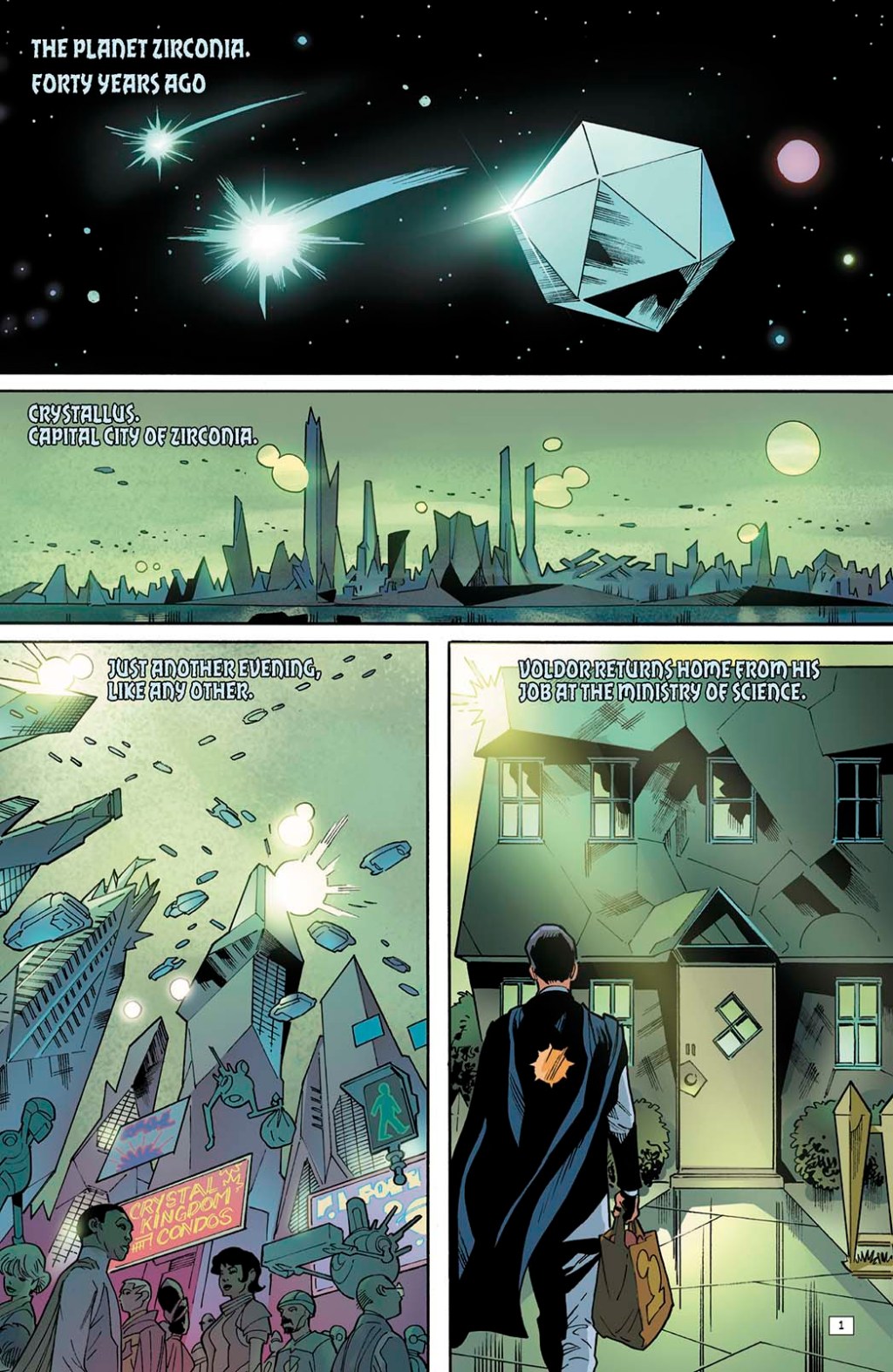 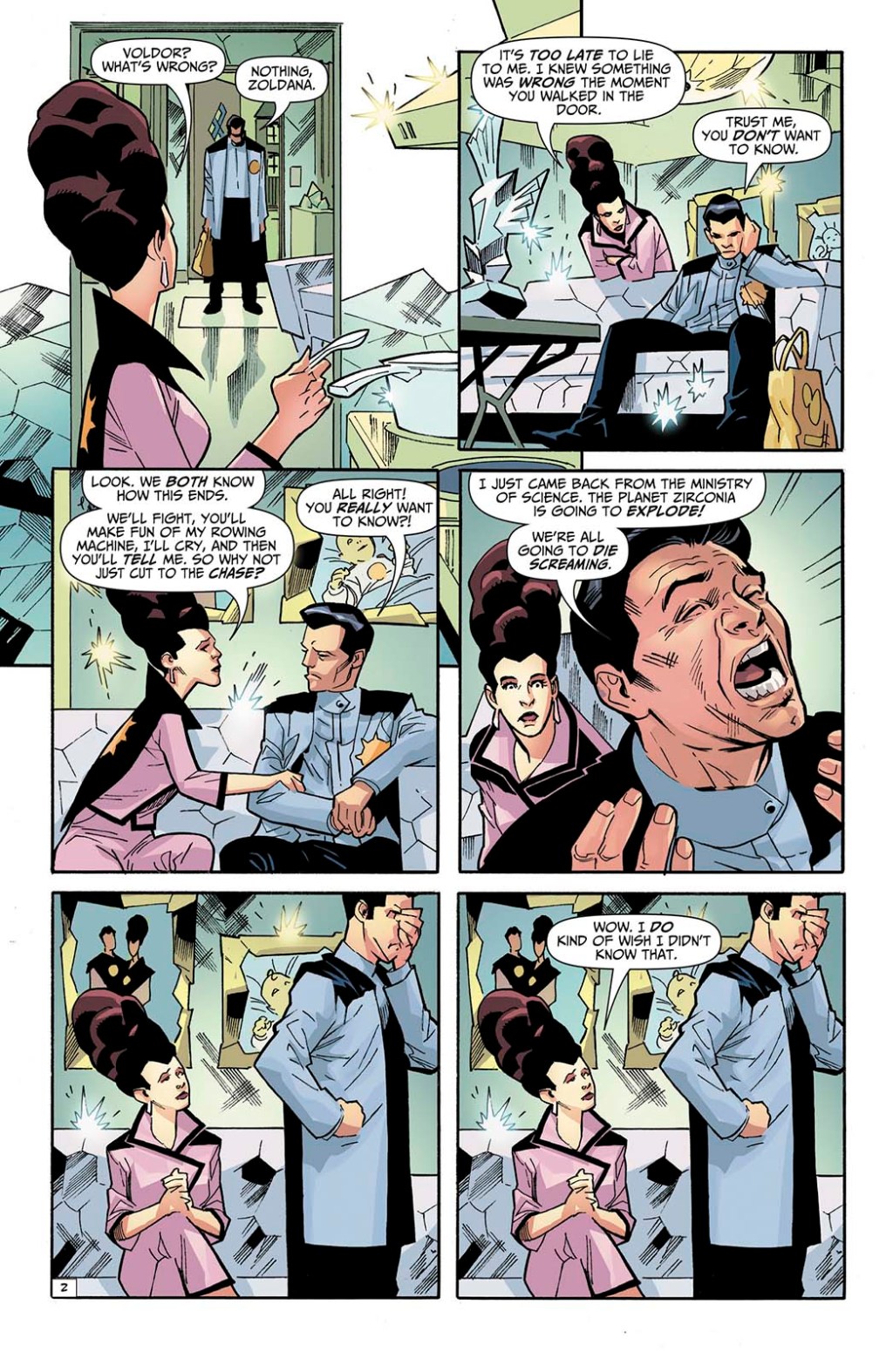 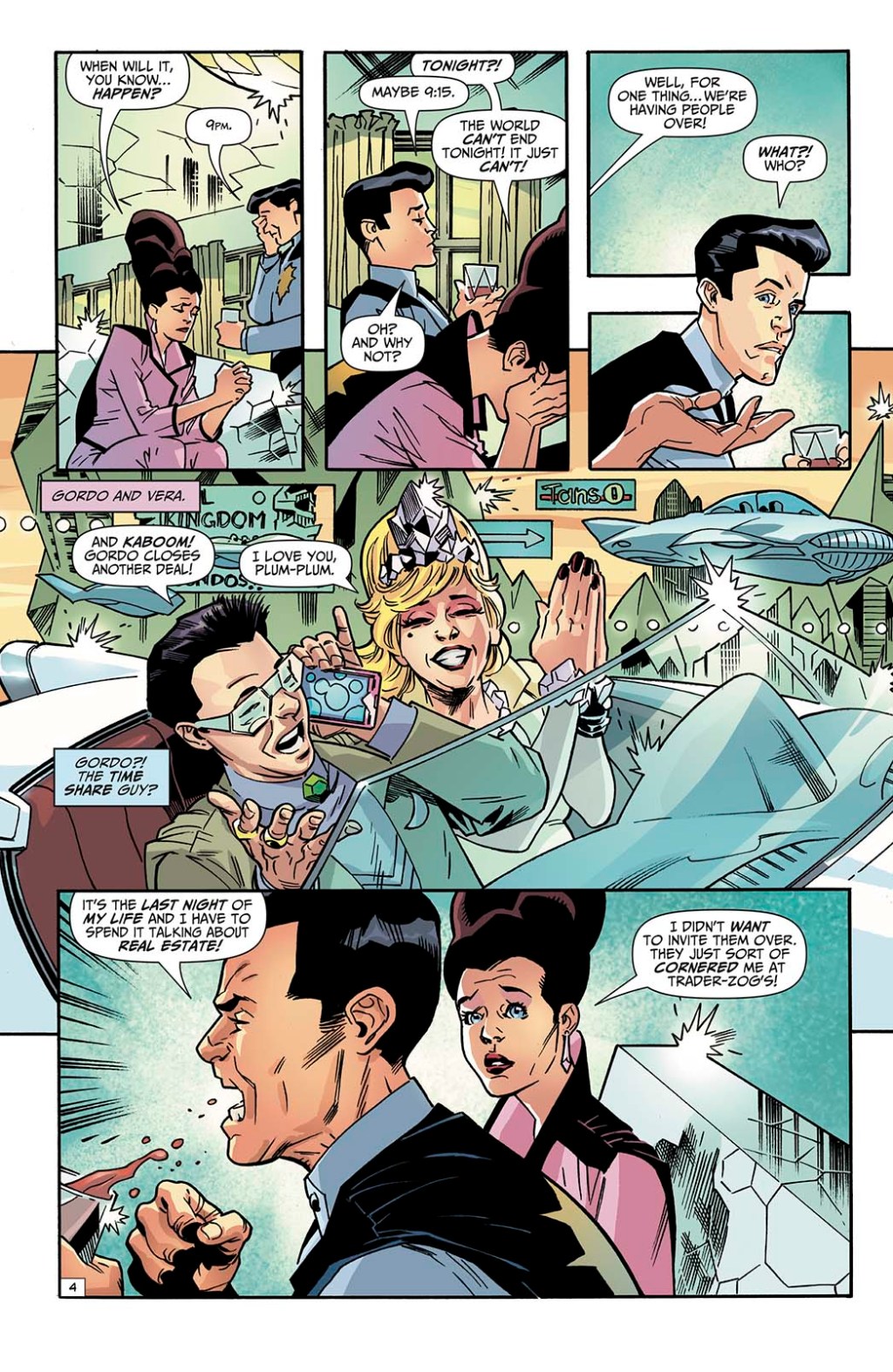 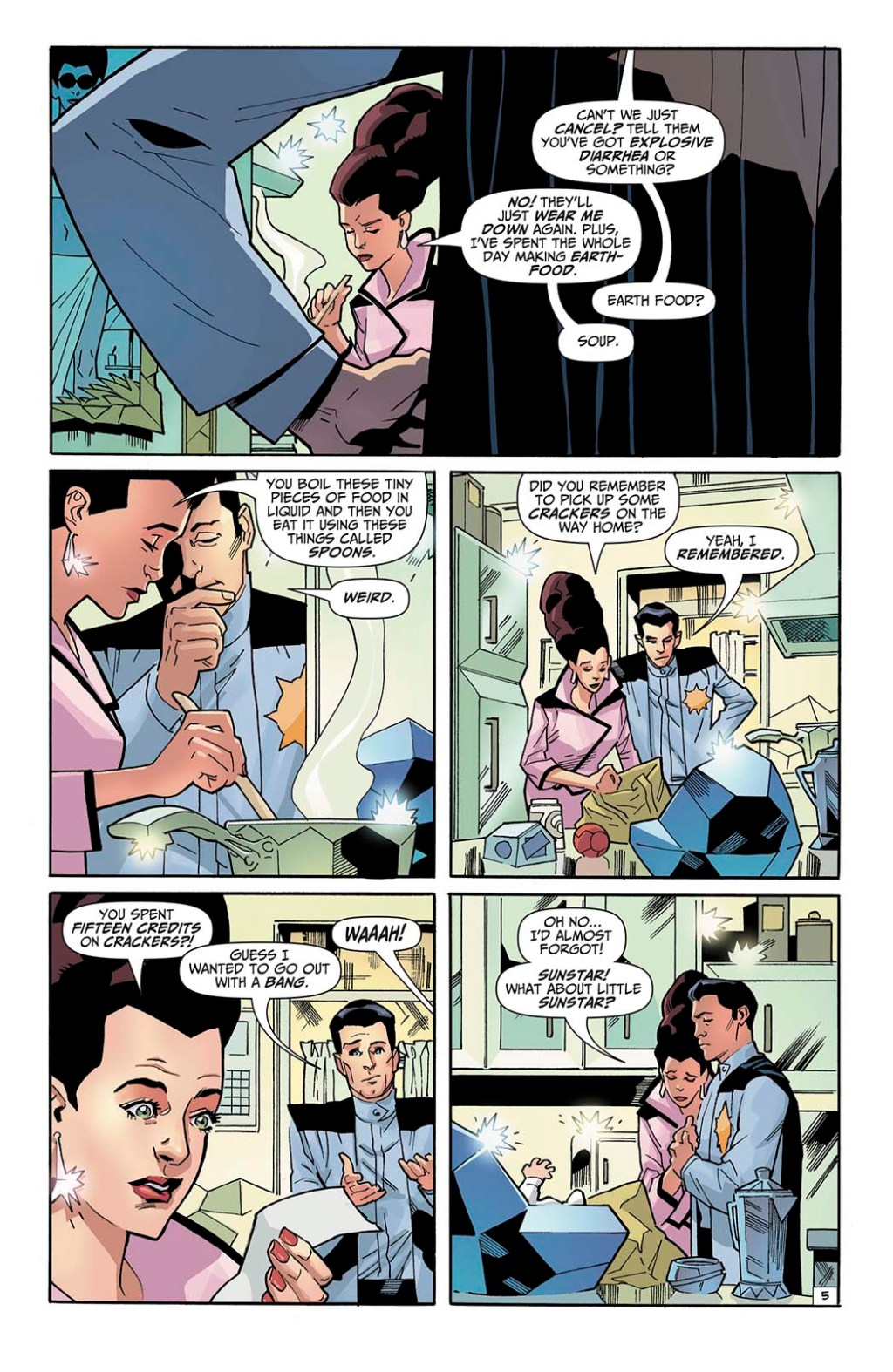 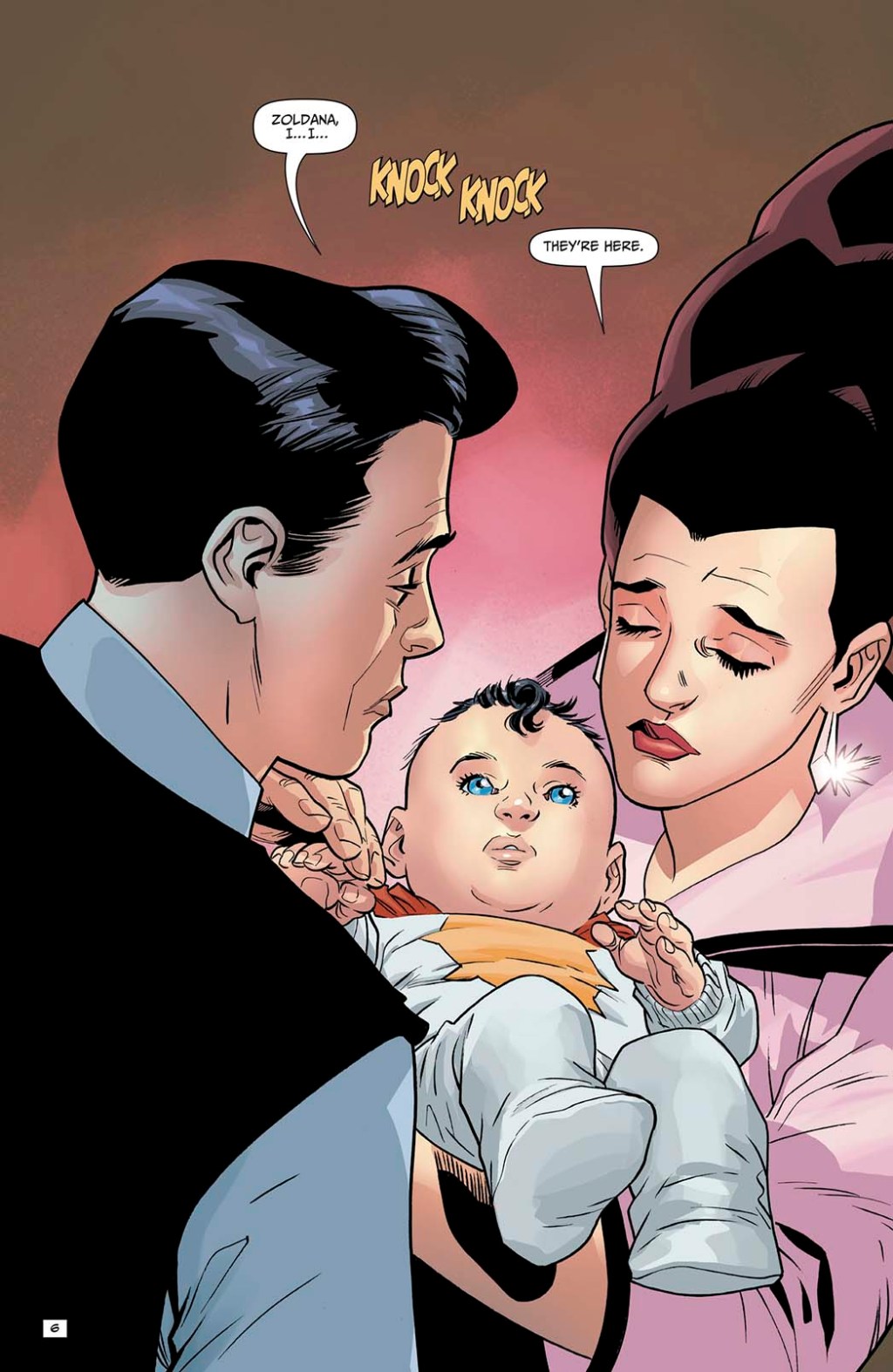 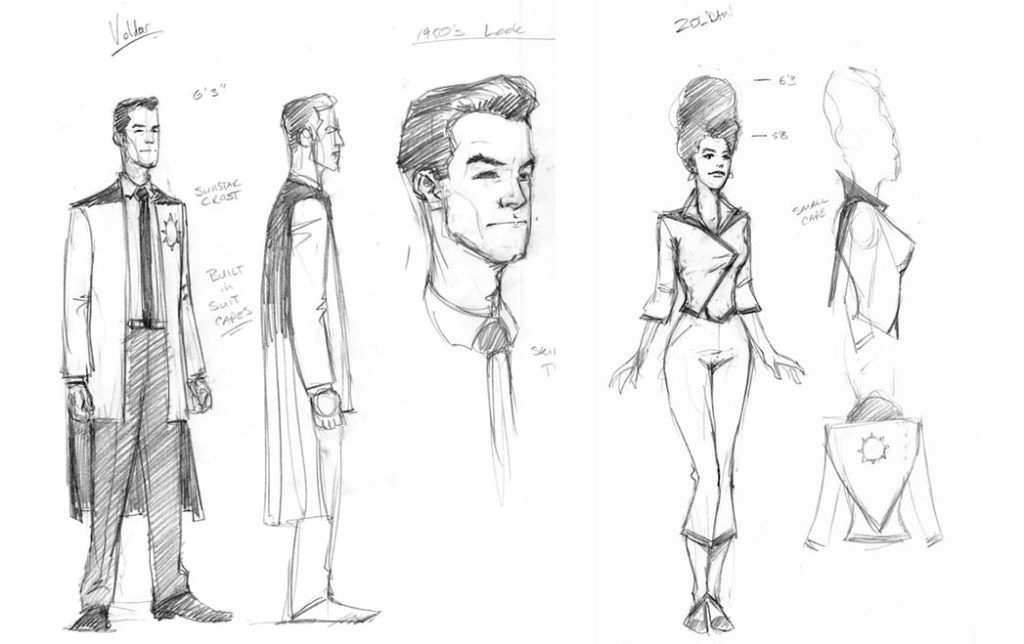 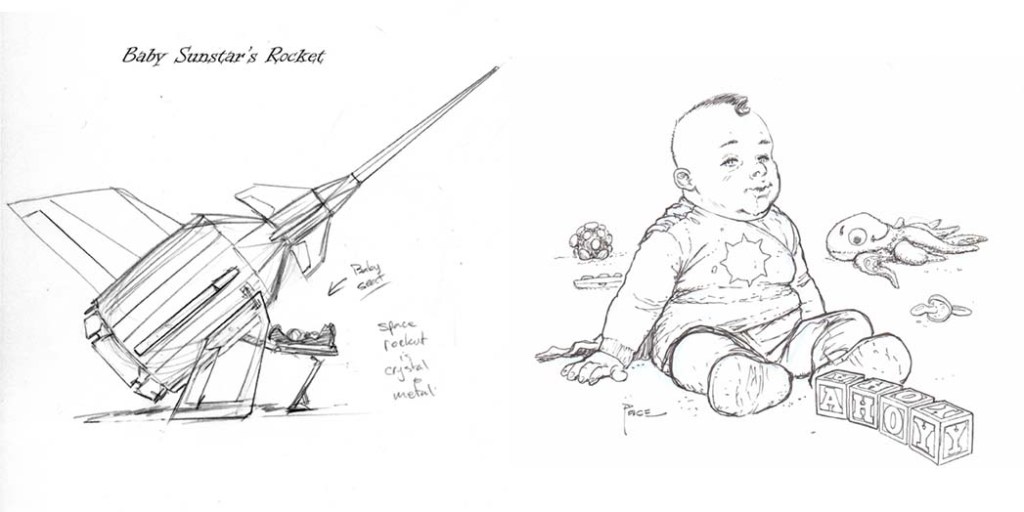 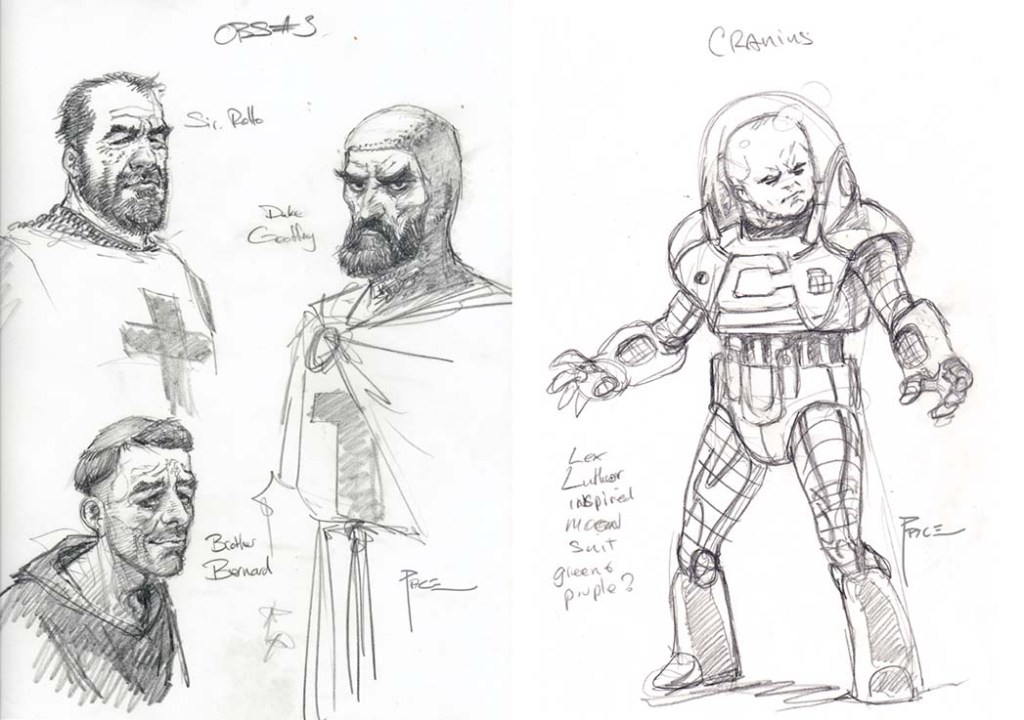