Continue to The Hollywood Reporter SKIP AD
You will be redirected back to your article in seconds
Skip to main content
July 13, 2019 6:30am
Logo text

The Spider-Man: Far From Home creative team spent months dreaming up scenarios that would become the hit movie that has surpassed $621.9 million globally. Screenwriters Chris McKenna and Erik Sommers note that among the possibilities that didn’t pan out was a scene featuring Donald Glover as Aaron Davis, a criminal who comic book fans (and viewers of Sony’s Spider-Man: Into the Spider-Verse) will recognize as the uncle of the Miles Morales version of Spider-Man.

Glover appeared briefly in 2017’s Spider-Man: Homecoming as the character, and the idea was to have him pop up before Peter Parker (Tom Holland) and his classmates go on a school trip to Europe.

“We went down that road a little bit,” McKenna tells The Hollywood Reporter, adding that ultimately the film needed to get out of New York quickly. “Some ideas you just have to give up.”

McKenna and Sommers have already written three Marvel films, including Spider-Man: Homecoming and Ant-Man and the Wasp, and they’d like to continue that trend. In a conversation with THR, the duo also reveal that they briefly considered having Robert Downey Jr.’s voice be heard through EDITH, the AI used by Spider-Man (Tom Holland) in the film; weigh in on the unseen backstory for MJ (Zendaya); and share their thoughts on an Endgame setup in Ant-Man and the Wasp that was nixed.

Writing a Marvel movie has been compared to working on a TV show in that you have to set things up for other “episodes.” Can you recall a time you were asked to add something to pay off in a later movie?

MCKENNA: We were working on Ant-Man and the Wasp and then we were told, “Hey, you guys need to put a line in there about Hope [Evangeline Lilly] losing her cat” at some point, because they were trying to set up something in Endgame. In Endgame, a rat crawls in the van and sets up the Quantum Tunnel and that’s how Scott [Lang, aka Ant-Man] gets ejected. I’m guessing maybe it was going to be Hope’s cat, who was stuck in the Quantum Realm, somehow comes out. But I’m totally guessing, I have no idea.

At that point in your Ant-Man and the Wasp process, did you know Endgame would feature the Quantum Realm?

SOMMERS: We did know early on.

MCKENNA: We were told it was going to factor into Infinity War.

SOMMERS: Even before we were told about the cat. 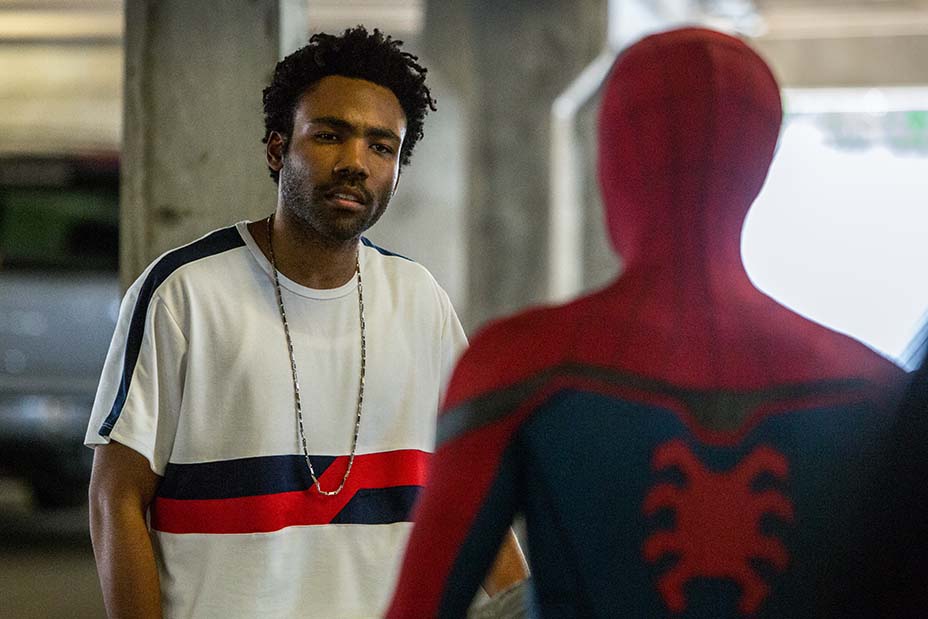 Donald Glover was a fan favorite in Homecoming. Was there talk of bringing him back for a scene?

MCKENNA: We definitely considered that. We definitely thought, “How great it would be to bring back Aaron Davis again?” Other considerations come in. We went down that road a little bit, then the movie really spent such little time in Queens and gets to Europe pretty quickly. Some ideas you just have to give up.

SOMMERS: That’s really what it came down to. We loved that character and we wanted to do it, but we just wanted to get out of New York and get on the trip as soon as possible. There were several things we would have loved to do in New York before he left, but we just didn’t have time. 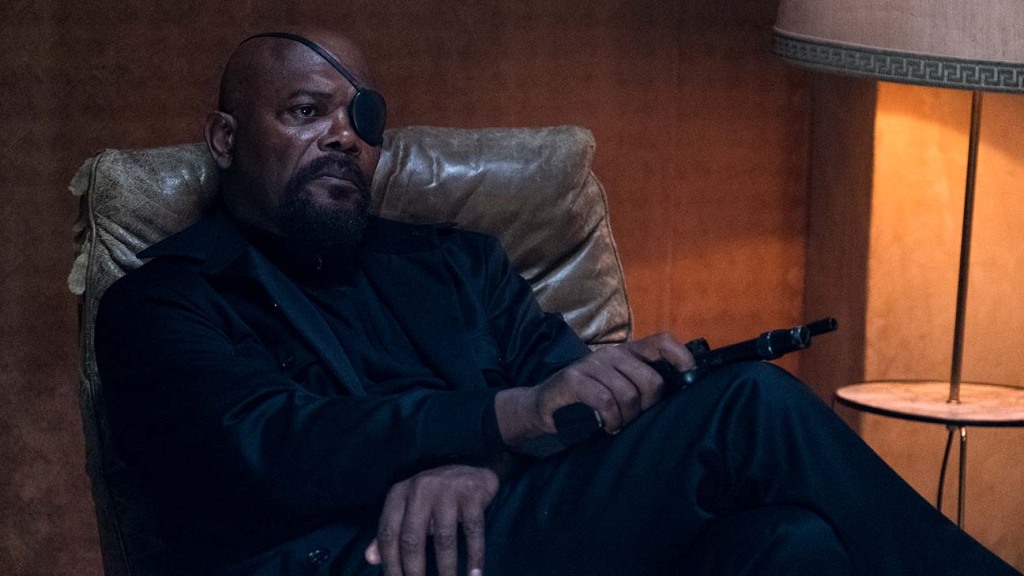 When you are writing Nick Fury, do you think of him as Skrull or as Nick Fury?

MCKENNA: We were floating around that idea [of Fury being a Skrull] for awhile. … You want that fun of Nick Fury suddenly dropping into Peter’s life, so you want to make it as true to Nick Fury as possible and you don’t want to tip the reveal.

There is a bit of Robert Downey Jr. footage from Cvil War in Far From Home. Was there ever talk of getting Downey to come in for a day of shooting to get some new footage for a flashback? That certainly would have been expensive, given his salary requirements.

MCKENNA: I think if anything, it was always going to be re-used footage. We had talked about possibly hearing Tony’s voice through EDITH at one point, but I think a little goes a long way and we didn’t want to lean too hard.

SOMMERS: He is so beloved and we definitely talked about so many things, but at at some point it’s about the absence of a person and about the loss of that person. If you show that person and that person has such a presence, does it fight trying to portray the loss?

MCKENNA: Doing the flashback like we did with Civil War is probably the most you’d want to see and hear Tony in this movie. Like Erik says, if you are doing a movie about loss, you don’t want to keep going to the well. “He’s still alive and now he’s a hologram, showing you around Avengers compound.” 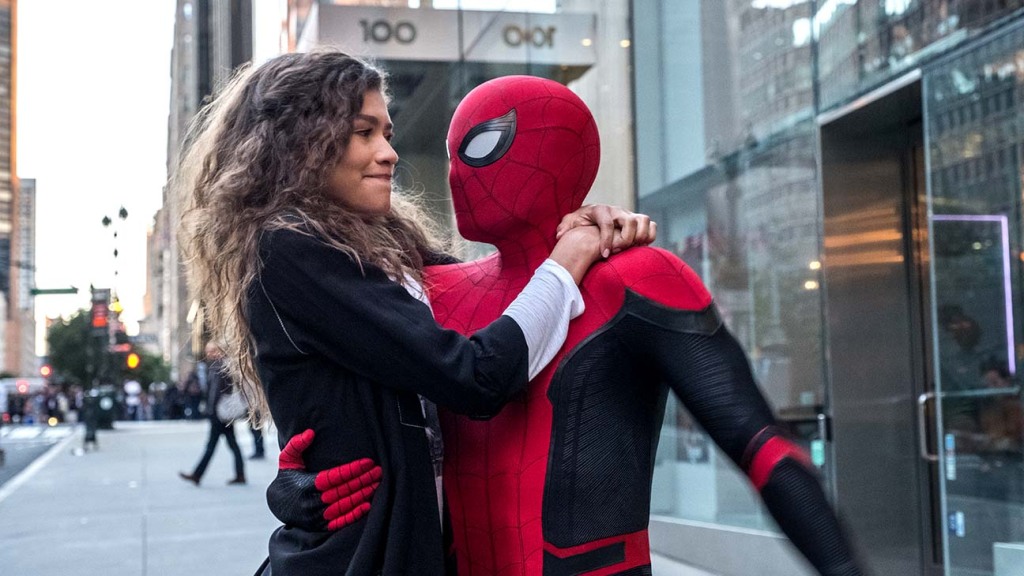 How much of MJ’s backstory did you write in Homecoming that we haven’t seen yet? I imagine there’s a lot about her that you know that we don’t.

MCKENNA: There was a moment when they come back from Washington in Homecoming — I don’t think it made it into the movie — where you get the sense where she clearly doesn’t have someone there to pick her up and meet her at the bus and May and Peter offer to give her a ride home. You get a sense maybe there’s some sad home life going on, and I think it’s alluded to in some of the things that she says in this movie. With all that stuff, you never want to lean too hard into it. You want to tell a story with as few words as possible. I think we kept it kind of small and as nuanced as we could.

SOMMERS: It’s one of those things where you want to tell the backstory of characters, you want to make it as rich as you can, but you don’t want to railroad it. If it doesn’t fit organically, you don’t want to end up with one of these scenes where people are talking about themselves. Where two people who know something about someone else.

You are both busy and obviously can’t do everything. Do you have a tinge of regret when you see something like the new Jumanji living on after you worked on the previous installment?

MCKENNA: It’s a great team. [Jake] Kasdan, [Scott] Rosenberg and [Jeff] Pinker. We wrote a lot of that movie and then those guys came in and did a great job with it. I’m excited to see the next one. For us, we are lucky right now that we are juggling a lot of things, and we can only juggle so many things.

SOMMERS: So many things come out and you think, “That’s super cool, I wish I had a chance to play in that sandbox and work on something like that, or work on that exact thing.” But at the end of the day there’s only so much, and I’m grateful to have the stuff that we do.

You have three Marvel movies under your belts. Do you have more gas left in the tank?

SOMMERS: Absolutely. We love working there. Coming from TV shows, we both spend a lot of time in rooms with people and that sort of collaboration of the writing staff and working with Marvel, and in the case of the Spider-Man movies, working with folks from Pascal Pictures — Amy Pascal and Rachel O’Connor — it’s been really collaborative. We’re very comfortable in that environment. It’s a place where the best idea wins.

For more from McKenna and Sommers, see them take on Far From Home fan theories here, or read their thoughts on one of Samuel L. Jackson’s standout lines from the film.

A previous version of this story misspelled the surname of Erik Sommers.