It was in Venice and Cate Blanchett was playing hooky. Escaping from her duties as jury president for the 2020 Venice International Film Festival, the Oscar-winning actress snuck off to check out some of the films screening outside the festival’s main competition.

That’s when she saw Apples, the debut film from Greek director Christos Nikou, which opened Venice’s Orizzonti sidebar. The dramedy, about a world hit by a pandemic of amnesia, struck a chord.

“Two chords, actually,” says Blanchett. “The film is about the things I’ve been preoccupied with, particularly at the moment we are all in now, of how love and grief are unforgettable and how one copes with the loss of the familiar.” 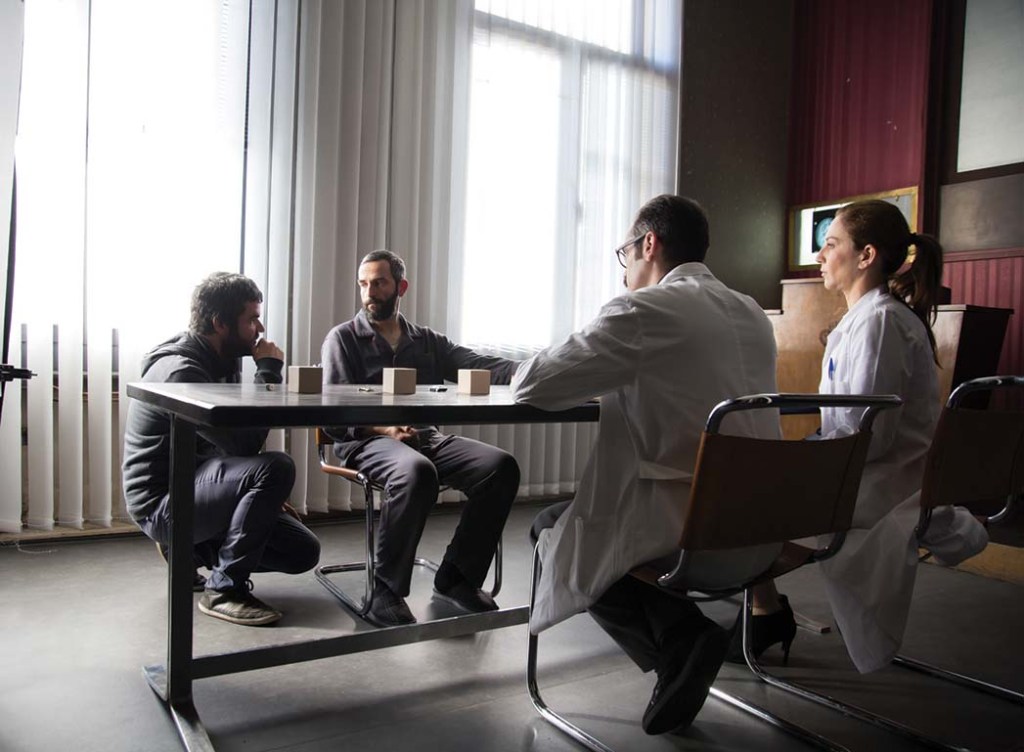 Apples is an oddball fable set in an entirely analog world struck by a disease of memory loss. A morose man (Aris Servetalis) is discovered asleep on a tram car and diagnosed as a pandemic victim. Sent to the Disturbed Memory Department of the Neurological Hospital, he’s enrolled in a program to help him build new memories. This involves reenacting specific memorable moments, such as riding a bike or being in a car crash, and then documenting them by taking a Polaroid picture.

After seeing Apples in Venice, Blanchett and her Dirty Films production company came on board as executive producers, helping to sculpt the movie’s festival and now awards campaign. Apples is Greece’s pick for the best international feature film Oscar.

Nikou and Blanchett spoke to The Hollywood Reporter via Zoom about pandemics, analog technology and finding optimism in the midst of our modern-day dystopia.

It’s a strange coincidence that your movie, made before the COVID-19 outbreak, features a pandemic, albeit a pandemic of amnesia.

CHRISTOS NIKOU It was strange. We did our final test screening of the film that last day before the lockdown in Greece. When we came out of the cinema we were told the country was in lockdown. An odd coincidence. We know there are a lot of similarities with the story in the film and the situation people are living right now. Like dealing with loneliness, or uncertainty about the future. Or loss. They are elements we have in Apples that people are dealing with nowadays. But on the other hand, Apples is a fairy tale.

CATE BLANCHETT One would connect deeply in the film at any time — even if we weren’t experiencing this global pandemic. It’s such an intense movie. And because it is set in an analog world, its critique of the way we sculpt and shape our identities through social media is really poignant. Especially the photographic re-creation of the Polaroid pictures. I was around when Polaroid was [popular]. I remember how our memories and the images of them are intertwined.

NIKOU There are elements in the movie — the themes of loneliness and alienation — that resonate easier right now with the audience. Maybe they will see some of these moments with Aris that will remind them of what they are living through right now. But the movie’s topics, of memory, of love, are totally timeless. I started the film six years ago. We weren’t living in a pandemic then, but we were already living in a dystopia. A digital dystopia. Which is much, much stronger right now. We’re all in front of screens right now.

BLANCHETT Apples deals with the real desire of all of us to connect. If we were lonely and isolated before, the pandemic has made us even more aware of that. Just the fear of wearing a mask, or the fact that we’ve all become very conscious, very self-conscious, of our own breath. Our familiar landscape has become unfamiliar and strange. The film shows this, but in an incredibly warm way, where there is a real longing to connect.

Why did you set Apples in an analog world?

NIKOU I didn’t want it to be dated to a certain time but, like a fairy tale, or a Spike Jonze or Charlie Kaufman movie — to be timeless. If you notice, in the whole movie there is no internet or mobile phones. We use elements that have almost been forgotten, like Polaroids, like handwritten letters, like tape recorders. I believe the extensive use of technology has made our brains lazier because there is no need to save something in your mind anymore. Even if we have to walk somewhere, we use Google Maps. We don’t remember experiences that we had even a few days or a year ago.

Your main character is diagnosed with amnesia and put into a program to build new memories. This involves him doing bizarre tasks, like having a one-night stand or getting into a car accident. And then taking a picture of it.

NIKOU Yes, this was really a way of looking at social media, at how people use platforms like Instagram. Where it seems the important thing is not what you do but the picture you have of it. And where everyone seems to be trying to do the same challenges, to do the exact same things, to get the exact same pictures and have the exact same memories. Even these things, like in the movie, which would seem to be events that would be key in everyone’s memory — learning to ride a bike, falling in love — become somehow generic and unmemorable. 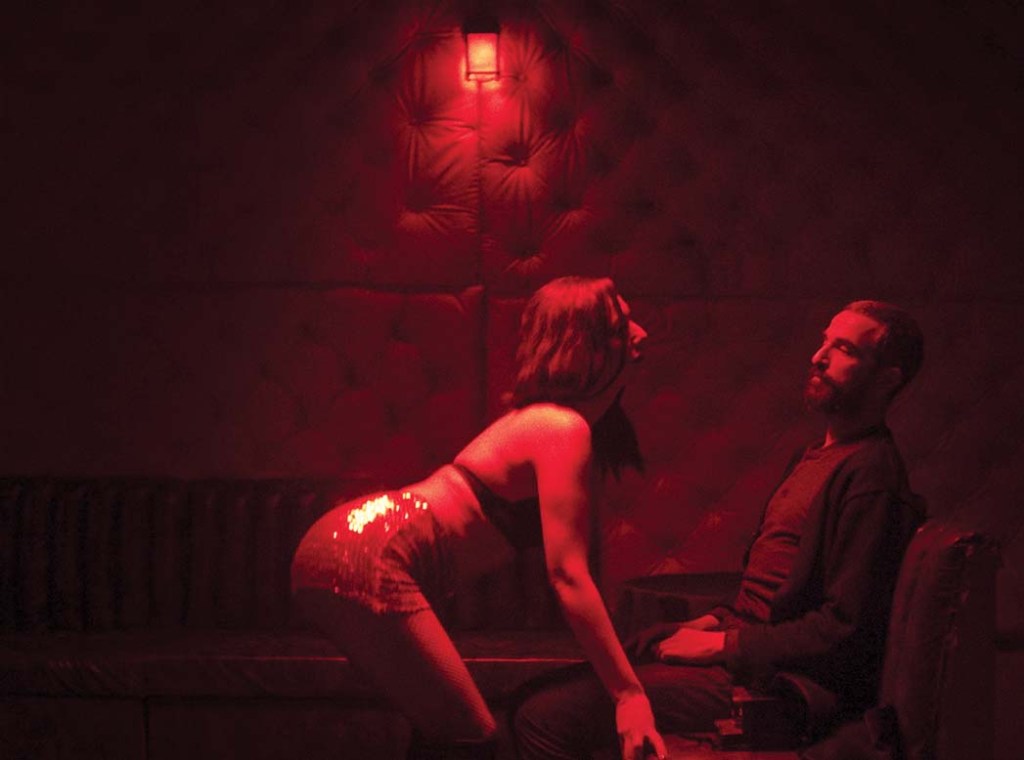 It’s a bit ironic that, because the COVID pandemic has closed cinemas, most people will be seeing the film digitally, online.

BLANCHETT Apples is pure cinema. I’m very grateful to have seen it on a big screen. But you are still very aware of Christos’ cinematic voice in a smaller frame. One of the benefits of streaming is that audiences have been exposed and are aware of international cinema and it has expanded, perhaps done away with, some of the cliches people have of international cinema.

Do you think Apples has anything to teach us about what we should do differently when we emerge on the other side of this pandemic?

NIKOU I think we have to deal with all the difficulties from this time and learn from them. We have to learn from the past always, and not forget the past. We have to live with our memories. During the pandemic, we’ve made a lot of mistakes. But, so far, we haven’t learned from them. I don’t believe what some people said at the beginning of the pandemic, that after this we’ll be better people, more wise. If Apples is saying anything, it is maybe that we often miss the very simple moments of life. My hope is that we find a way to deal with that and not just say we’re done with this crisis and we can move on.

BLANCHETT I don’t know if the film has any lessons per se. It feels strangely familiar but remote. It’s a gentle satirical cautionary tale about what happens when we forget the essentials. When we forget how to touch, how to connect. When we forget the natural ways of being. The film gently holds your hand and says: “What if we had a pandemic where we forgot ourselves and no one remembered us?” It gently opens the grief in that space and lets us laugh at ourselves. Which we all desperately need to do.