Continue to The Hollywood Reporter SKIP AD
You will be redirected back to your article in seconds
Skip to main content
August 4, 2020 3:00pm
Logo text

Sorcerers, the first title from new pulp publisher NeoText, hits digital shelves today, giving readers the chance to experience Maurice Broaddus and Otis Whitaker’s thriller about an average man in Harlem who discovers that he is heir to a line of powerful magicians. It also unveils the latest work from artist Jim Mahfood.

Mahfood has juggled illustrations for Disney, Cartoon Network, NBC and Playboy — amongst many others — with his own creative work that includes comics (Grrl Scouts), fine art and animation. The veteran artist provides 14 illustrations for the Sorcerers, in addition to cover artwork for the title, which has been picked up for television development by AMC.

Jennette McCurdy on Responses to Her Emotional Memoir, Revisiting Trauma and Her New Hollywood Goals

The Hollywood Reporter talked to Mahfood about his connection to the project, and also reveals four illustrations from the book.

Your career has featured work for everyone from Marvel to Colt 45 — including The Hollywood Reporter — with everything from animation to body painting under your belt. How did you get connected with NeoText?

I was introduced to [NeoText founder] John Schoenfelder through my buddy Ben Marra. Ben’s an amazing artist and I trust his judgement, so when he mentioned he was doing work for NeoText and having a blast with it, I knew I wouldn’t be wasting my time talking to John.

What’s the appeal of something like Sorcerers to you? Was there something about this particular project that appealed?

The appeal is, I’m a huge, life-long fan of hip hop culture and anything having to do with magic and the occult. So, boom, right there, this was basically the perfect project for me to work on. As soon as I started reading the script and I got to the part where Getty is walking down the street with his badass bodyguards and killer dogs, I knew this was something I wanted to work on. I knew what I wanted these images to look like.

What’s the collaboration been like with Maurice and Otis? Was there a lot of back and forth?

The collaboration with Maurice and Otis was super easy — they wrote the script and then left me alone to interpret the visuals in my own bugged out way. So, I greatly appreciate them having the faith in me to pull this off and sort of add my own unique twist to it.

Talking about your unique twist… You’ve found a lot of success combining work that’s all yours, and work-for-hire, for want of a better way to put it — but maintaining a consistent look and feel. When you’re working on a project like Sorcerers, do you approach it from a point of view of trying to make it more Mahfood-like?

I’ve reached a really fortunate type of position in my career up to this point where clients basically hire me to be me. They want my style and individual approach to their projects. In the case of Sorcerers it worked out especially well because I felt an immediate connection with the subject matter and the script. Reading it got me excited to make the visuals and I knew exactly what I wanted things to look like before I even put pen to paper.

So, what’s next for you, beyond Sorcerers? Your self-published One Dangerous Donut is available on your site, but what’s on your to-do list for the next few months?

Lots of exciting projects! I’m currently working on an animated pilot for my creator-owned IP Grrl Scouts. At the same time I’m also writing and drawing the new Grrl Scouts comic books series, which will be out next year. Oh, and hopefully more work with NeoText in the immediate future… 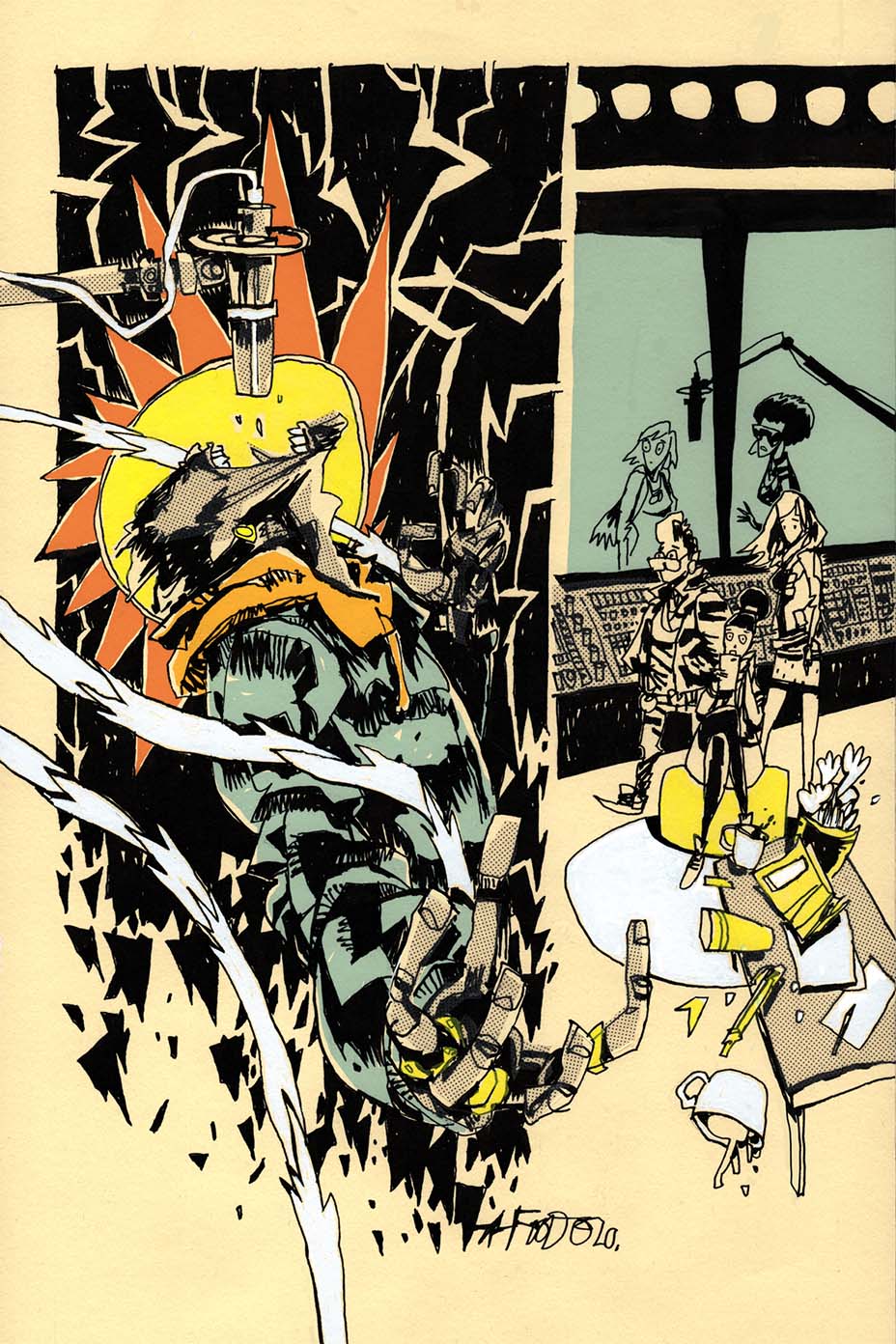 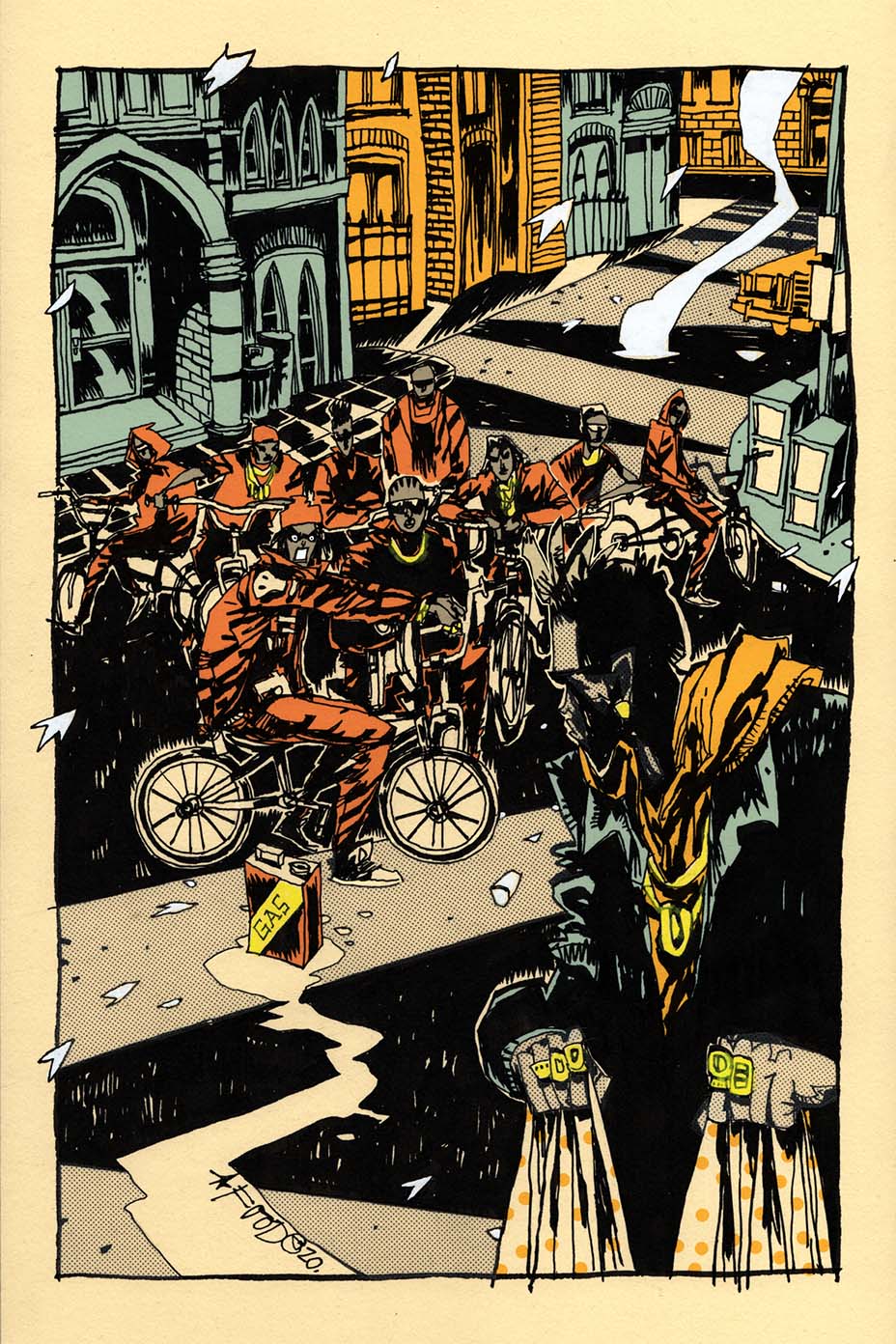 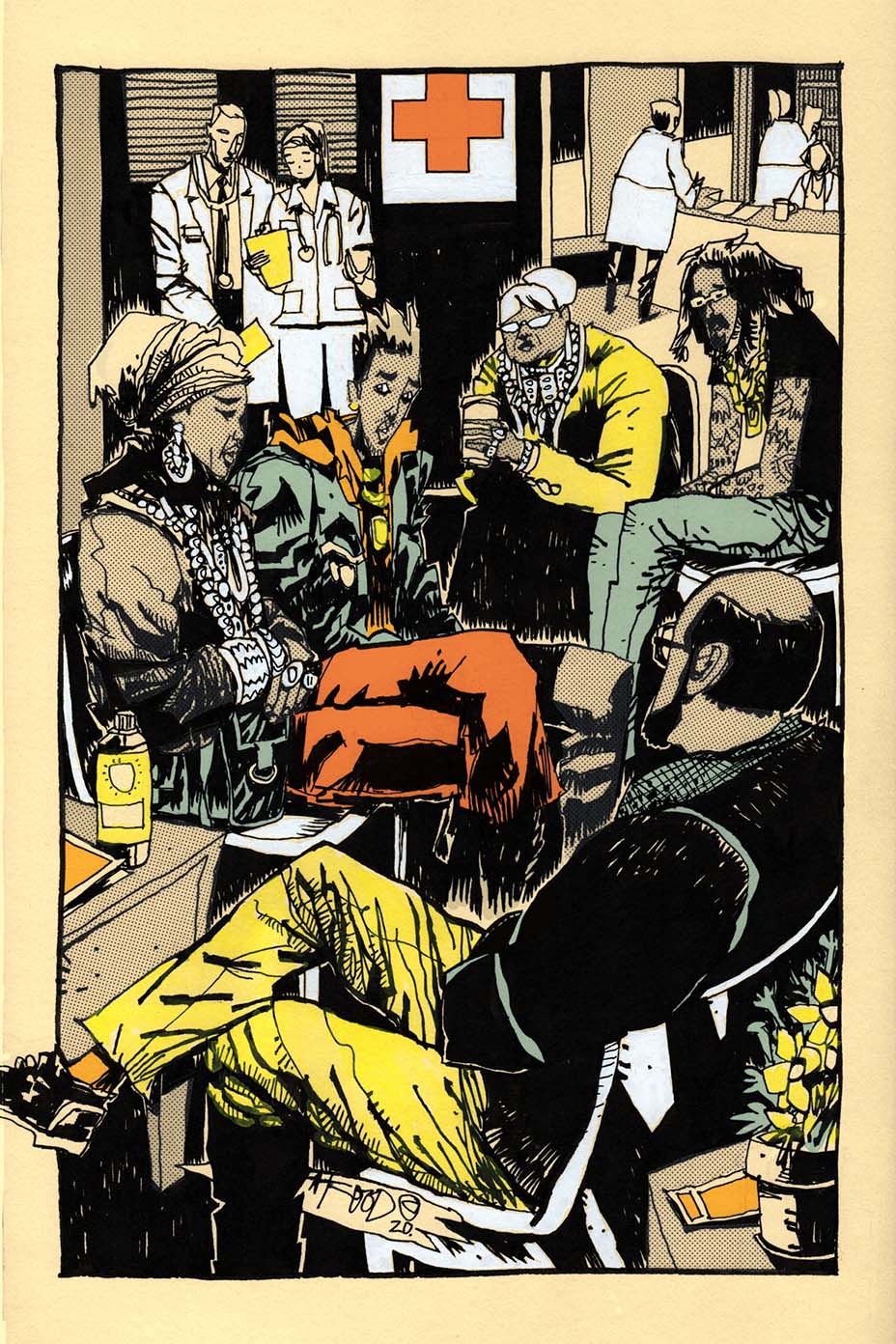 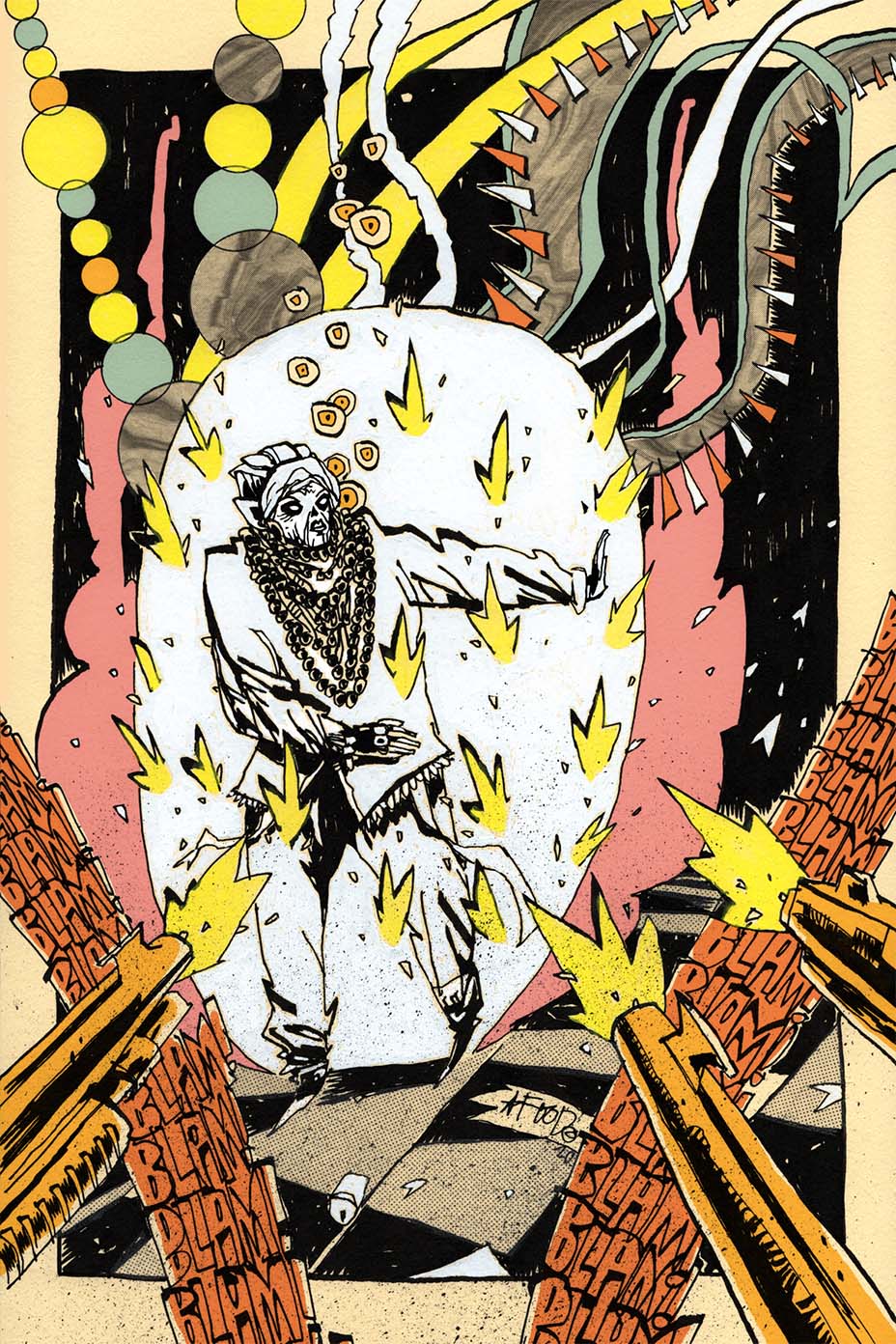