Some of this year’s Emmy nominees can put you aboard the International Space Station, beside former President Barack Obama in the Oval Office or in a Simpsons couch gag — all thanks to virtual reality.

Projects using VR technology were first eligible for the Creative Arts Emmys in 2015, when Fox’s Sleepy Hollow Virtual Reality Experience became the first VR vehicle to win an award for creative achievement in interactive media. In 2016, Oculus Story Studio’s animated short Henry nabbed an Emmy for original interactive program. This year, there was a broader range of VR contenders for the awards, which will be presented Sept. 9 and 10 (a show highlighting both nights’ honors will air Sept. 16 at 8 p.m. on FXX).”We are seeing VR as a creative platform that is speaking to the full range of genres,” says Seth Shapiro, a TV Academy governor of the interactive media peer group.

Six VR projects were nominated, including three in the creative achievement in interactive media within a scripted program category. They’re all based on popular series, including The Mr. Robot Virtual Reality Experience (USA), Stranger Things VR Experience (Netflix) and The Simpsons’ Planet of the Couches (Gracie Films, Google Spotlight Stories).

“If it’s a twinkly object, we are there,” says Simpsons executive producer James L. Brooks, adding that he realized VR’s potential after it allowed him to have “a connection like you have in real life. That was thrilling.” When his team talked about how to apply the technology to the show, they went with the iconic opening sequence couch gag because it made them laugh. “The meaning of [VR] as entertainment is still very much up for grabs,” he says. “Education is a slam dunk. VR for museums, travel — that should be taking off right now.”

In fact, two of the other three VR projects nominated this year are in the original interactive program category, and they definitely educate. (The third is Dear Angelica, described as a short story illustrated with VR.)

Mission: ISS, a collaboration among NASA, Oculus and Magnopus, puts the viewer aboard the space station, where users can “float” in zero gravity. “NASA has a 3D model of the ISS, and we were able to get access to [it],” says Magnopus partner Ben Grossmann. Several former NASA astronauts tested the experience and provided feedback during production. The European and Canadian space agencies also contributed.

The People’s House — Inside the White House With Barack and Michelle Obama, from Felix & Paul Studios, along with Oculus and Samsung, was shot after the 2016 election and includes a sit-down with the Obamas as they reflect on their time in the residence.

“We wanted to create the feeling that you are experiencing this environment in a very personal way — feeling the emotion and connection between them and the environment,” says co-director Felix Lajeunesse. “You could feel the sense of legacy — that you are there at the end of an era.” 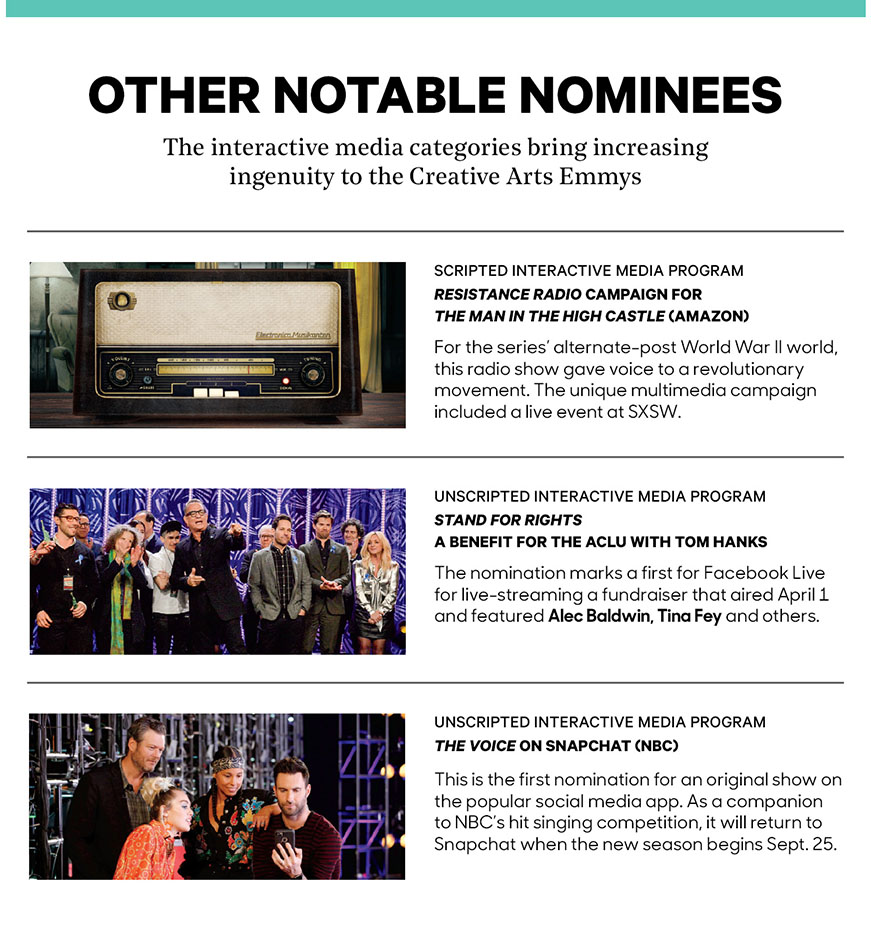