It was the mid-1960s, the beginnings of the counterculture, and I had decided to make a movie about Hell’s Angels. They were in the headlines and to me they were something new and different in American society. I talked to a number of people for the part, but I chose Peter for two reasons. One, he was a very good actor. And two, he could ride a motorcycle. I wanted all the actors who played Angels to be able to ride the bike. I wanted to be able to photograph the actors while they were riding with a camera in a car alongside. A couple of the actors I talked to said they couldn’t do that or wouldn’t. But Peter said, “Well, I can ride a bike,” and he got the part.

Joe Turkel, the Bartender in 'The Shining,' Dies at 94

He was wonderful to work with. He understood the role from the beginning. I would shoot movies in three weeks, so there wasn’t a lot of directing on the set. What I’d do is discuss the role with the actor in depth before — the motivations and so on — and Peter understood the role and came up with a number of ideas of his own. The cast of that movie was a combination of actors — Peter, Bruce Dern and a couple of others — and actual Angels, who played all the other roles. Peter got along with them very well. I think one time Bruce got in a little trouble when he took one of the biker jackets home with him and brought it back the next morning. The Angels had a little discussion with him and told him he shouldn’t do that.

The next picture I made with Peter was a year later, The Trip. It was about a director of commercials who finishes shooting for the day and goes out and takes LSD. Jack Nicholson wrote the script, and that’s where Jack and Peter first met, on the set of The Trip. It was my idea, but I took it to Jack to write it because, wanting to be authentic, I knew Jack understood the LSD movement. In fact, being a conscientious director, I took LSD, too. I figured I can’t direct this movie if I don’t know what I’m doing. And I had a wonderful trip, but Jack and Peter both had had a couple of bad trips, so we put all those trips together for the film.

Peter wasn’t the traditional Robert Taylor or Rock Hudson sort of leading man. He was a good-looking guy but he had this inner feeling to him that was different. There was a bit of his father in him, but he was also determined to take a different path. He didn’t want to be a clone of his father. Peter was basically a good guy. And the more I travel through life, the more I realize it’s a little bit unusual to be simply a good guy. 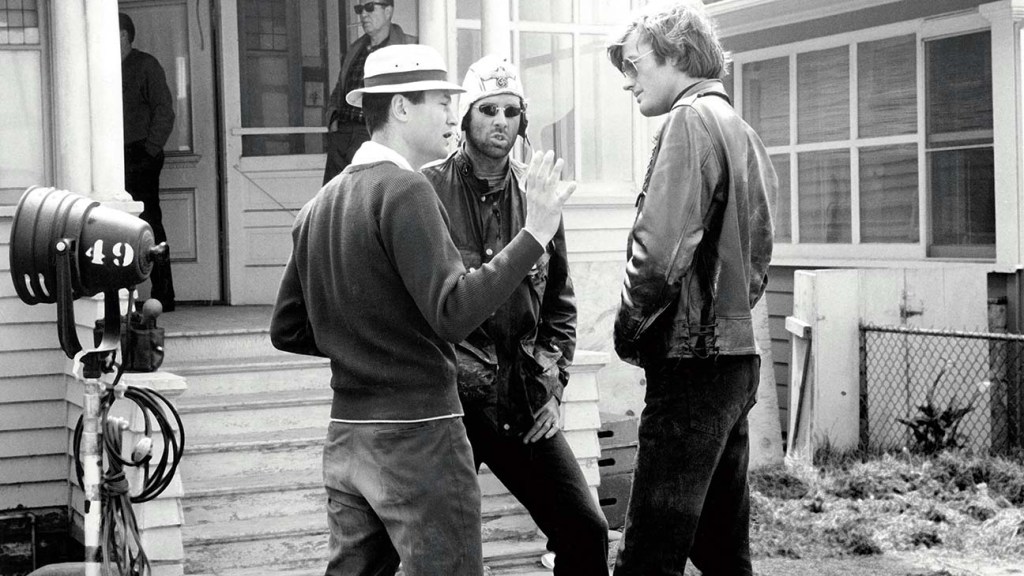