Producer Neal H. Moritz, whose extensive credits range from 21 Jump Street to the $5.1 billion-grossing Fast and the Furious franchise, will kick off the Producers Guild of America’s 10th annual Produced By Conference on June 9 by conducting a conversation with Jim Gianopulos, chairman and CEO of Paramount Pictures, where Moritz, 57, has signed a new first-look deal that begins in January.

Why did you decide to move your home base to Paramount?

I had a couple of casual lunches with Jim, whom I knew personally and a little bit professionally, in between the time he left Fox and went to Paramount. In the back of my mind, I thought: If there was ever a chance, I would like to work with him … I’d been at Sony for almost 20 years, through a lot of regimes, and my deal was coming up for renewal. I just decided I should try somewhere else. Jim and I had a quick meeting and made the deal almost immediately. The first deal I ever had was at Paramount. So it’s kind of a last act to go back there. 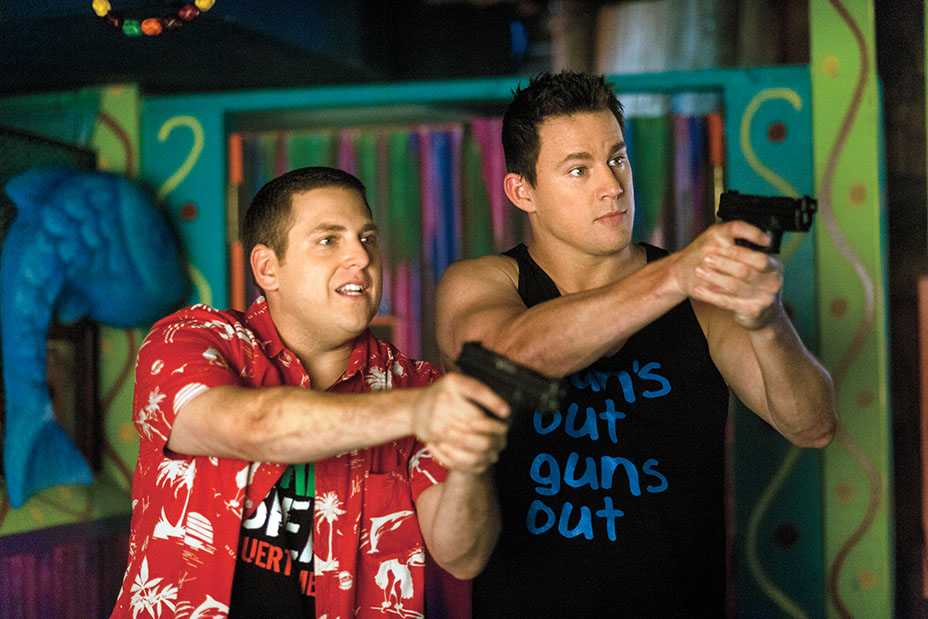 Will the mix of movies you make change at all?

Honestly, I just make the kind of movies I like to go see. Just look at my filmography: We’ve made movies all over the map, from big movies like Fast and Furious to comedies like 21 Jump Street to smaller movies like Cruel Intentions or the movies I’m making right now, like the Goosebumps sequel or The Art of Racing in the Rain or Sonic the Hedgehog. Hopefully the thing they all have in common is that they are big, mass entertainments that, at their core, make people want to leave their house and go see a movie.

The Fast and the Furious is one of the few franchises that isn’t based on existing IP. What’s kept it alive?

In recent years, you’ve released a new Fast & Furious movie every other year. Has that release pattern been intentional?

Luckily, we haven’t been dictated that much by the calendar, the studio needing a movie for that particular time. We’ve always just gone ahead, tried to make the best movie we could, and then figure out what the next one is. It’s different than the Marvel movies, where they have a 10-year plan. We let it be a little more organic. Make the best movie possible, see what things worked the best, and what relationships we could use to tell the next story.

Why have you decided to create the series’ first spinoff, Hobbs and Shaw?

That just evolved. Filming the past couple of movies, we’d see these scenes between The Rock and Jason Statham. But because these movies have so many characters, we’d say, “We wish we could have more scenes of that relationship,” but there was only so much screen time. So we started talking about a spinoff. It just seemed a natural place to go.

There were reports that Vin Diesel and Dwayne Johnson were feuding on The Fate of the Furious. As a producer, how did you handle that?

They’re both incredible talents, and I have great relationships with both of them. I just talk to people very upfront. I say what I think, I don’t try to pull punches. It’s obviously a very creative business with very creative people, but my approach is to let people hear what I have to say so they can absorb that and we can come to whatever the next path is that we need to take. I don’t believe in beating around the bush. Hopefully, I have an open relationship with everyone involved — the studio, the actors, the other filmmakers.

You’re planning a movie with Vin Diesel, Bloodshot, based on the Valiant Comics series, which is designed to establish a new movie universe. Have there been any lessons for you in how DC and Marvel have rolled out their onscreen universe?

Valiant was created to not be DC, not be Marvel. It’s a much more reality-based world with real, gritty characters, a world of black-and-white. We’re treating it as a real-world movie with a character who has some powers. There are a lot of characters in that world, and a lot of source material, that we’ll be able to draw from for sure.

Your movies like the Fast & Furious series shoot all over the world. Do you have film commissions courting you, hoping to attract production?

We’re always looking for incredible locations, places that the audience hasn’t been before. We were lucky enough to be the first film company to go to Cuba [for The Fate of the Furious]. We brought everything with us to Cuba, from the toilet paper to the cameras. It was one of the greatest thrills of my life to be able to do it, to spend time among the Cuban people and to have that as the backdrop of the start of our movie. It was incredible. I’ve been lucky enough to see the world because of movies. It’s one of the huge benefits of actually making movies.

A version of this story first appeared in the June 6 issue of The Hollywood Reporter magazine. To receive the magazine, click here to subscribe.