It’s been almost 10 years since the final entry of Suzanne Collins’ Hunger Games trilogy was released. The series went on to become a blockbuster film franchise that helped make YA post-apocalyptic fiction a hot property in Hollywood. Collins is returning in May 2020 to the world of Panem for a prequel novel that will be accompanied by a Lionsgate film adaption, and the revival begs the question: what does The Hunger Games mean in today’s world?

A lot has changed since Collins’ best-selling series about a dystopian future version of America in which children are forced to fight to the death in a televised contest hit shelves. Multiple franchises that launched off the back of The Hunger Games, like Maze Runner and Divergent, have come and gone with varying levels of success and failure. And there’s now a more robust conversation around representation and inclusivity in publishing, particularly in YA books.

So what must Collins do to make her story feel relevant? And where could she take the next iteration of her popular alt-universe series?

Though details about the new novel are scarce, the writer explained why she was returning to the world and what she wants the new series to deal with when it was announced. “With this book, I wanted to explore the state of nature, who we are and what we perceive is required for our survival,” she said in a statement. “The reconstruction period 10 years after the war, commonly referred to as the Dark Days — as the country of Panem struggles back to its feet — provides fertile ground for characters to grapple with these questions and thereby define their views of humanity.”

This sets the book around 64 years before the events of The Hunger Games and means that the new title will likely focus on reestablishing the Districts, which play such a huge part in the series. In The Hunger Games, readers are introduced to a new version of North America that is split into regions known as Districts, numbered 1-12. At their center is the Capitol, a wealthy, opulent and surreal place that feeds on the labor of the other regions. In a simplistic device, the Districts become more impoverished and oppressed the farther away from the Capitol they get, with heroine Katniss Everdeen’s home, District 12, being the poorest and most forgotten.

Little is known about this period in the book and film canon, but what Collins and her novels refer to as the Dark Days was essentially the reformation of Panem after the First Rebellion, which saw the people rise up against the fascistic government in the Capitol. The rebellion led to a massive war and the establishment of the Hunger Games. It’s an interesting choice to set a prequel to your book series in a time where the major conflict of the original — the forced and televised child death matches — is in its earliest stages, with the new story beginning on the morning of the tenth Hunger Games. 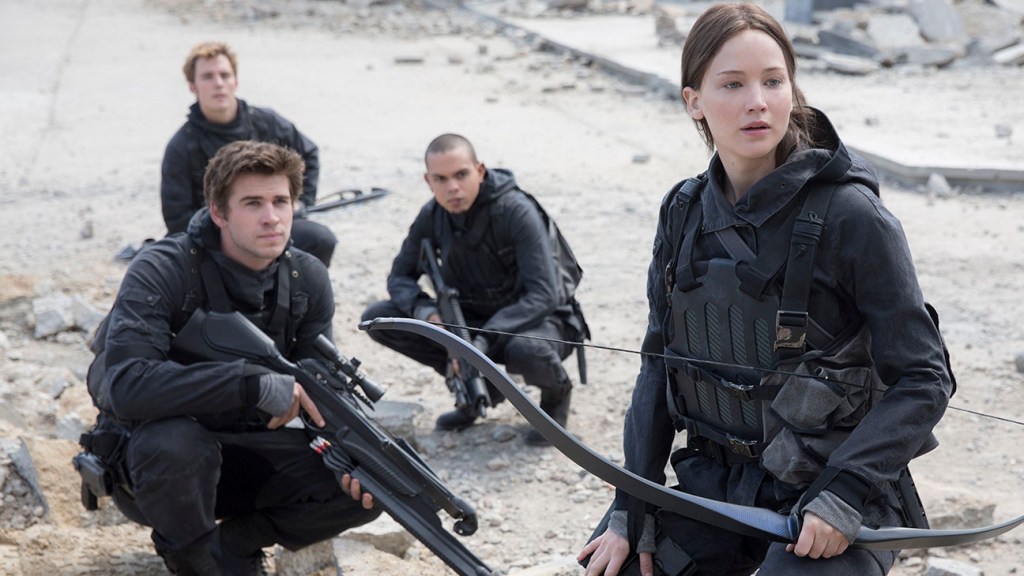 As the series is still being published by Scholastic and will presumably fit into the young adult bracket, it’s likely that readers and eventually viewers will be introduced to a whole new group of young characters struggling to find their way in the days after the war. The Hunger Games has always been interested in the ideas of class and class division (even if the exploration was cursory at best), so it seems probable that this story could center on how those divisions were established. Who decided which communities would become the outer Districts? How were the denizens of the Capitol chosen? You can probably expect these questions to be at the center of the new story, along with the potential for a Romeo and Juliet-style narrative about young lovers torn apart by warring factions and the iron grip of the Capitol as the reformation of Panem begins.

Collins’ original books, though widely celebrated, have also been the topic of many conversations about the lack of nuance in young adult titles. There’s a distinct lack of exploration of race or how racism, white supremacy, and other institutionalized oppression would affect the establishment of a society like Panem. There’s a chance that in 2019 — with the conversations about own voices writing and meaningful representation — Collins will try to rectify that, but her use of the loaded term “reconstruction” seems to hint at a take on America’s real life post-Civil War era, which would certainly be a misstep as an analogous message behind her fictional world. Collins has often been critiqued for her depiction of race in the series, so setting herself the challenge of becoming a voice for one of the most important moments in American history, and more specifically black history, would likely take away from the story rather than adding to it.

There’s a chance that Collins may want to seed a more direct connection to the original series, and though there’s no way that Katniss, Peeta, or any of the core cast can reappear, their relatives certainly could. If the author wants to go a different route while still referencing the trilogy, there are a few older characters who could be at the center of the story, like District 12’s local chef, Greasy Sae. This could be particularly meaningful for the future adaptation, as in the films it’s Sae who gives Katniss the Mockingjay pin that becomes the beacon of her famed rebellion. It would be easy for Collins to create a new narrative around the younger version of the character.

The popularity of young adult adaptations has waned since the last Hunger Games film was released, and the reliability of nostalgic reboots has been thrown into doubt following the recent box office failures of a number of big-name franchises. So the question of just where the potential new film sits in the current landscape is a perplexing one. If Collins wants to replicate the success of the original franchise, she’ll have to learn from the current conversations that are being had and from the mistakes of the past.