Now that Star Wars: The Rise of Skywalker has finally hit screens, there are plenty of things to talk about. From the non-stop action to huge character moments and some already divisive reveals, the final piece of the Skywalker saga will likely be a topic of conversation for years to come. Although it promises to be the end of one Star Wars story, the pic definitely left open some interesting narrative threads that Disney and Lucasfilm could choose to follow.

In a recent interview with The Los Angeles Times, Lucasfilm head Kathleen Kennedy hinted that the characters from the sequel trilogy wouldn’t be abandoned after Episode IX, which the new movie leans into by leaving multiple doors open for the core cast of characters. Here are some of the characters who possibly could have a future in a galaxy far, far away. 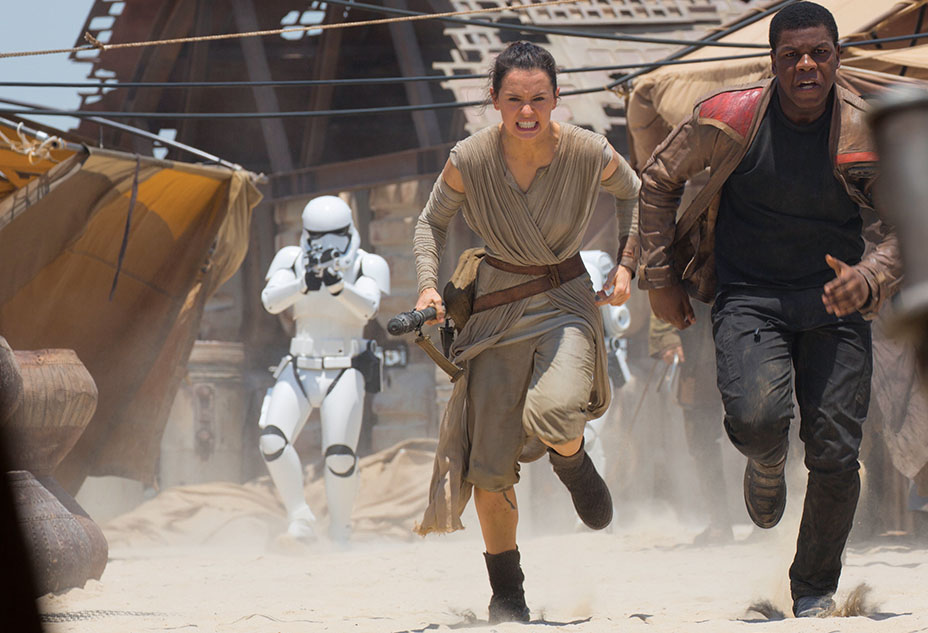 Rey and Her Students on Tatooine

As The Rise of Skywalker comes to an end, the film offers up a solid arc for its leading hero, Rey. Not only does the young woman return to Luke’s home planet of Tatooine, but she also buries his and his sister Leia’s lightsabers in the sand. The piece of John Williams’ beautiful score that plays as she stands and reveals that she now goes by Rey Skywalker is called “A New Home,” implying that this is no fleeting visit. So if Rey does set up on Tatooine, what might that mean for the future of her and her massive powers?

Rey’s struggle throughout the sequel has centered on finding herself and determining her place in the world once she does. The Last Jedi positioned Rey as one of many Force users, an inspiration to the galaxy and beyond. While The Rise of Skywalker pulls that back, once again centering on the young woman and her newly revealed famous legacy, that doesn’t mean that she’s forgotten the lessons that Master Skywalker taught her. In fact, throughout the pic she is reminded that if she doesn’t beat Palpatine, the Jedi will end. Now that the Emperor has been defeated, the chance for the Jedi to once again thrive is at hand, and Rey is the obvious choice to lead the next generation. Back on her spiritual home on Tatooine, with her new name and a thousand generations of Jedi living within her, it would be natural for Rey start her own Jedi academy and train the new heroes of the galaxy

The most direct moment from The Rise of Skywalker that hints at a future story takes place during the film’s final celebration. As the members of the Resistance embrace each other and their newfound freedom from the grips of Palpatine, Jannah (Naomi Ackie) and Lando (Billy Dee Williams) come across each other and share a touching and hopeful moment that could lead to bigger adventures for both characters. It’s a quiet and fleeting interaction in which Jannah inquires after where Lando comes from. The space adventurer replies before asking her the same thing. Jannah — who we earlier found out was a former Stormtrooper who had escaped the First Order just like Finn — reveals that just like the Resistance hero, she doesn’t actually know. It’s here that Lando teases the potential for the pair’s future escapades when he tells the young girl, “Let’s find out.”

Williams’ Lando is the only human original trilogy character who survived Episodes VII, VIII and IX, so it makes sense that he’d get to return to the galaxy far, far away after the Skywalker Saga ends. The Rise of Skywalker hinted at Lando’s life since Return of the Jedi: an established smuggler, adventurer and pilot who’s been exploring the outer realms for decades. Lando would be perfectly suited to helping Jannah discover her roots, or even just helping her find a new home. It’s easy to imagine Ackie and Williams heading up their own swashbuckling space adventure film through the unknown realms of the galaxy. 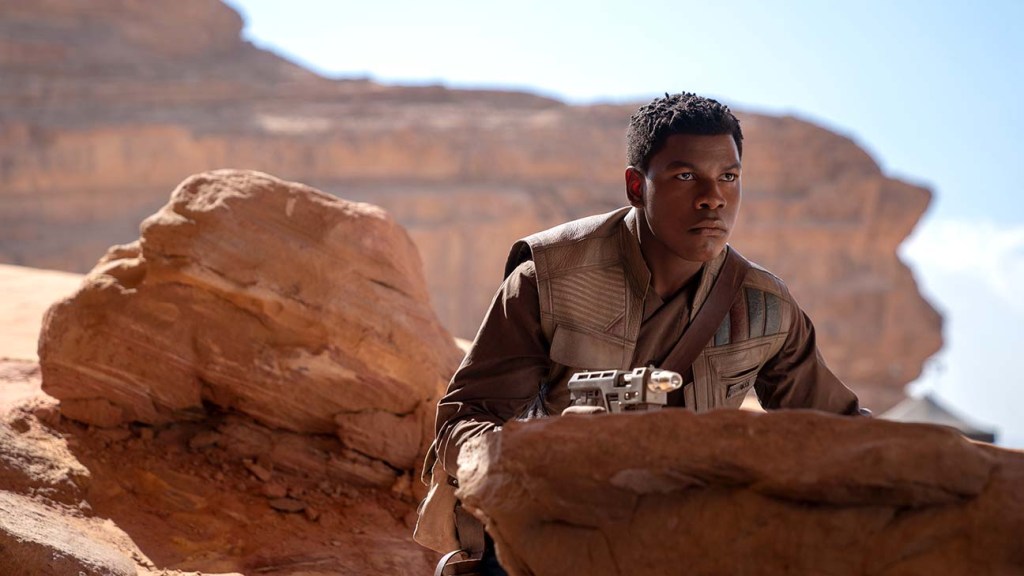 Force-Sensitive Finn and the Stormtroopers

Speaking of Stormtroopers, after many fans had theorized that Rey (Daisy Ridley) might not be the only Force-sensitive character in the sequel trilogy’s main cast, The Rise of Skywalker confirmed that Finn (John Boyega) is a Force user. The big moment came as the young hero realized that Rey had died simply through a “feeling.” It’s something that has been used to highlight Force users before, in particular Princess Leia. It’s something that the sequel trilogy has carefully seeded for Finn and ends up being one of the most powerful choices from J.J. Abrams and company. So what could it mean for Finn’s future?

Well, with the Resistance no longer necessary, it’s likely that Finn would want to turn his heroics and desire to help others into action. The Rise of Skywalker established that his fate as someone who managed to break free from the Stormtrooper ranks wasn’t as rare as he thought, which along with his newfound gifts has the potential to lead to a powerful future for the character. What if Finn decided to utilize the Force to help ex-Stormtroopers acclimatize to civilian life? After the (second) fall of the Emperor and the end of the First Order, there will be plenty of the soldiers suddenly cut loose. The complex background of the First Order troopers — they’re kidnapped children who are brainwashed — means that the potential for redemption exists. It’s also been made clear that there’s a community of escaped troopers who survive outside of the First Order who Finn could likely team up with, especially after he made what seemed to be a deep connection with Jannah.

Before Rey and BB-8 roll off into the sunset, the young warrior uses the Force to hide both her masters’ lightsabers into the ground. The act is a powerful goodbye to the past but also hints at what could happen in years to come. Despite Rise of Skywalker being the last film in this saga, Disney is clearly going to keep making Star Wars movies and the fact that both the lightsabers survived seems to be a neat way to potentially introduce a new series of heroes.

Even if Rey doesn’t end up staying on Tatooine, the lightsabers will act as a beacon to anyone who uses the Force. Remember, it was Luke’s saber that called to Rey in The Force Awakens, so it’s likely that they could play a similar role in the future of the franchise. Basically, it might not be long until a couple of unsuspecting kids stumble across those iconic weapons and set off on a journey of their own. 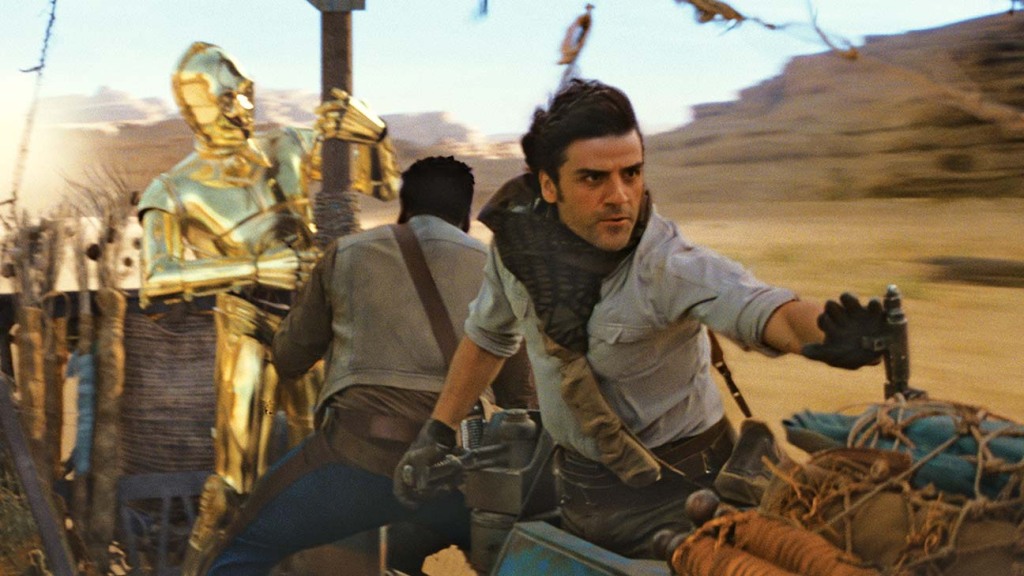 Poe Rebuilding the Galaxy With the Resistance

With the future of the Resistance up in the air, it’s the perfect time to explore just what comes next. In Star Wars canon, the fall of the Empire is usually a time of great unrest while the galaxy tries to rebuild. Seeing as Leia is no longer alive and Rey is off exploring the galaxy and potentially settling on Tatooine, Poe Dameron (Oscar Isaac) seems like the perfect candidate for rebuilding.

The hotshot pilot has been on a journey of self-discovery and growth as he went from rogue to Resistance leader under the tutelage of General Leia Organa. Poe becoming a leader in peace time would be a way for him to truly honor the memories of the women who have shaped him, from his mother — Rebellion hero Shara Bey — to Admiral Holdo and, of course, Leia herself.

Whatever happens next, fans won’t have to wait long to discover what Disney has planned. The next Star Wars movie is dated for 2022, though what exactly it will be is unknown.

How 'Star Wars: The Rise of Skywalker' Closes Rey's Journey