The news that Warner Bros. is developing a Supergirl movie, on the heels of its Batgirl project, confirms that the studio is not only doubling down on female-led superhero projects — don’t forget Birds of Prey and Wonder Woman 1984 are also in the works — but is particularly interested in ancillary female characters related to the iconic big names of the DC superhero library.

Should this prove to be a successful route for Warners to pursue, there’s good news: DC has a lot of that kind of character. Here are five more examples from DC lore that could serve as inspiration. 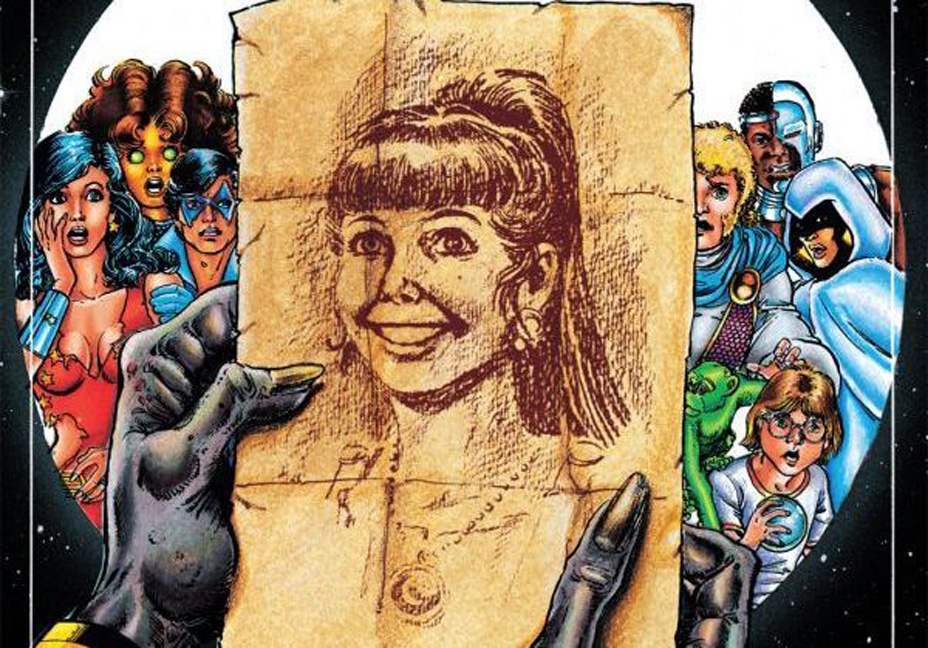 There have been multiple Wonder Girls throughout Wonder Woman’s 75-plus year existence — the first, of course, being a younger version of Wonder Woman herself (as introduced in 1947’s Wonder Woman No. 23). The second person to use the name was Donna Troy, a young human girl rescued by Wonder Woman and raised by Amazons; she was a member of the original Teen Titans group, and debuted in 1965’s The Brave and the Bold No. 60. By 1996, she had vacated the role — via becoming retconned into being the agent of Ancient Greek Gods, because, uh, comics — and a third Wonder Girl was introduced to the mix: Cassie Landmark, a seemingly normal human girl who turned out to be the daughter of Zeus. Following her debut in Wonder Woman Vol. 2 No. 105, Cassie would, like Donna, become a member of the Teen Titans. (Outside of comics, there was also Drusilla, the little sister of Diana on the 1970s Wonder Woman TV show, but let’s just gloss over her.)

The origin of the first Arrowette — technically, “Miss Arrowette,” as she was called in 1960’s World’s Finest Comics No. 113 — is appealingly simple: Bonnie King (a pun on Green Arrow’s secret identity, Oliver Queen) was an Olympic-level archer who was inspired by Green Arrow’s crimefighting efforts and decided to get into the bow-and-arrow-hero game herself. Years later, it would be revealed that she had a daughter, Cissie King-Jones, who discovered her mother’s costume after her death and decided to follow in her footsteps, becoming the second Arrowette in 1997’s Impulse No. 28. (There’s also a non-Arrowette option for Green Arrow: Red Arrow, the current superhero identity of Oliver Queen’s half-sister, Emiko Queen, in both Green Arrow and Teen Titans comic books; she took on the role in 2017’s Green Arrow Vol. 6 No. 15; the name had previously been suggested for Thea Queen on The CW’s Arrow.) 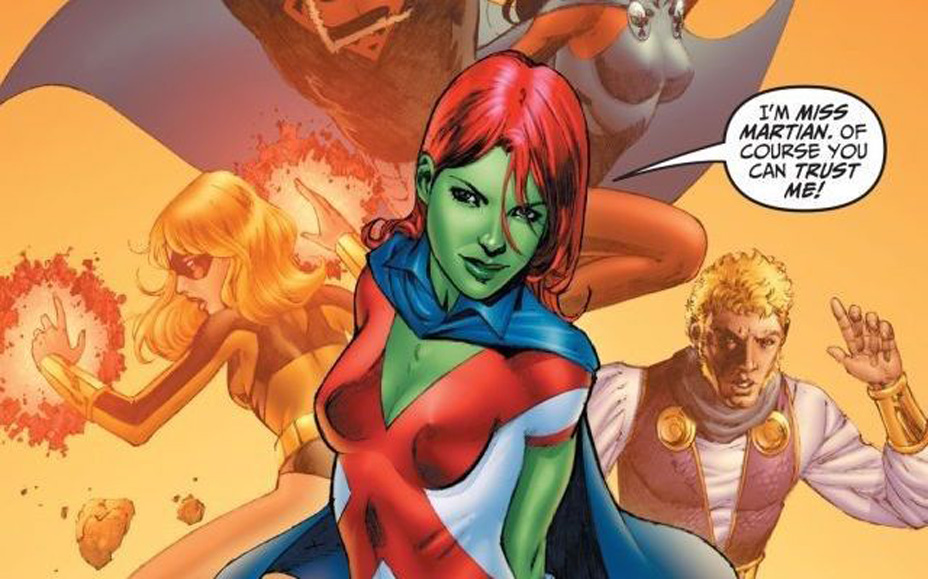 A member of the same long-dead race as the Martian Manhunter, M’Gann M’Orzz is a member of the warlike White Martian race, which slaughtered the Manhunter’s Green Martians in a civil war that decimated life on Mars. She herself avoided the fighting by being rocketed from Mars as a child, Superman-style, by concerned parents. She first appeared in 2006’s Teen Titans Vol. 2 No. 37, and has since shown up in The CW’s Supergirl live-action show, as well as the animated Young Justice series. There is one significant impediment to M’Gann making a cinematic debut anytime soon, however; there’s no Martian Manhunter in the movies just yet. (Mind you, the same is true of Green Arrow, for now…) 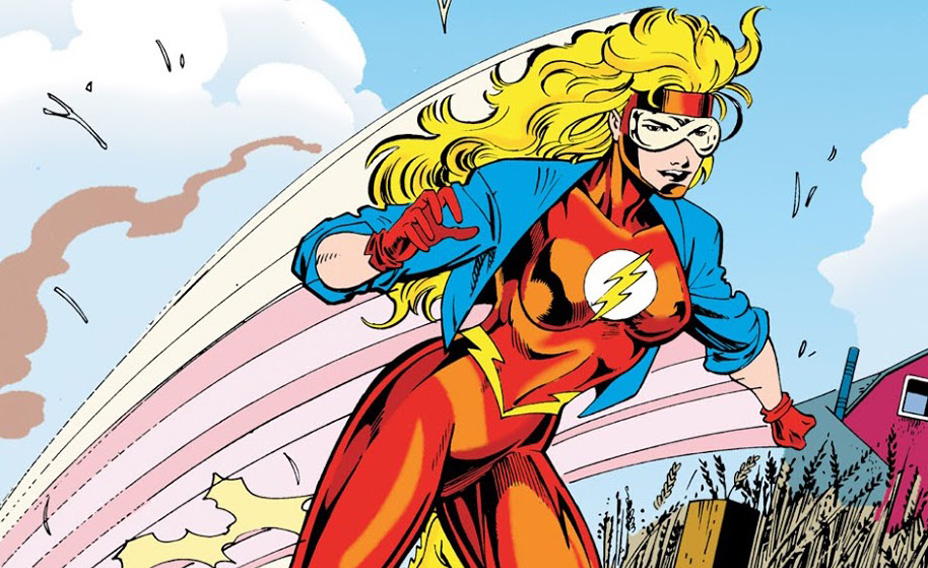 Jesse Quick has an unusual history in Flash lore; the daughter of two superheroes of yore — Johnny Quick and Liberty Belle — she inherited both of their powers, leaving her with both super-speed and super-strength. She was, for a brief period, the Flash, but would go on to split her time between membership of the Justice Society of America and running a self-help business founded by her father. It’s a living, if a somewhat busy one — and an interesting counterpoint to the somewhat more disorganized, unsettled life lived by the Fastest Man Alive. Which one is the sidekick here, anyway…? 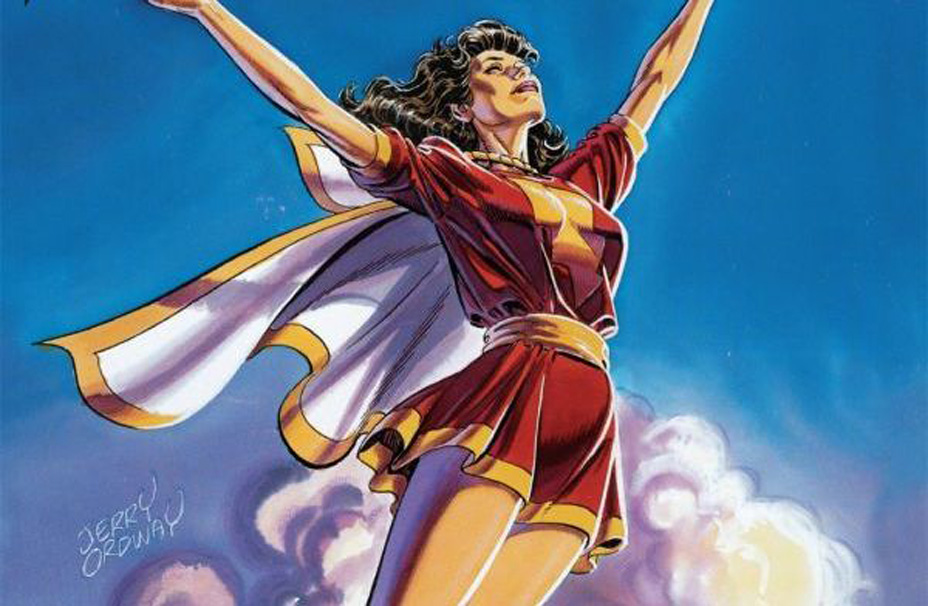 Of all the names on this list, Mary Marvel is the one most likely to appear on the big screen in the near future — if not one whose debut is already in progress. When she first appeared in 1942’s Captain Marvel Adventures No. 18, she was the previously unknown twin sister of Billy Batson, AKA Captain Marvel (now known as Shazam) who discovers that she, too, can transform into a superhero by saying Billy’s magic word. Initially modeled on Judy Garland, she would go on to headline her own comic book by 1945 and gain her own sidekicks in the process. In current comic book continuity — which appears to be the inspiration for next year’s movie Shazam! — Mary is one of Billy’s foster-siblings, who gains her powers when Billy shares his magic with his entire foster family. Rumors persist that Michelle Borth will be playing Mary Marvel’s superheroic self alongside Zachary Levi next year, although Warner Bros. has yet to confirm that.

How 'Supergirl' Could Reinvigorate the DC Movie Universe