Continue to The Hollywood Reporter SKIP AD
You will be redirected back to your article in seconds
Skip to main content
June 20, 2018 4:07pm
Logo text

Let the chanting of “go ninja go” commence, because the Teenage Mutant Ninja Turtles are returning to the big screen.

The reboot will once again see Michael Bay take on the role of producer, alongside Andrew Form and Brad Fuller, through their company, Platinum Dunes. Although Bay brought the popular ’80s characters back to the big screen only a few brief years ago in Teenage Mutant Ninja Turtles (2014) and Teenage Mutant Ninja Turtles: Out of the Shadows (2016), his affinity for the property doesn’t seem to have waned. If the Transformers films serve as an example of anything, it’s that Bay doesn’t let go easily — even after the poor reviews and modest box office success of the previous two TMNT films.

But the question is, do these turtles still have potential with Bay as their handler? The short answer that might surprise fans unhappy with the previous installments is, yes.

The reboot, which would be the seventh theatrical release of the property that has launched decades worth of successful comic books, cartoons, video games and action figures, will be penned by Andrew Dodge (Bad Words). The latest iteration of TMNT comes as Paramount Pictures seeks to refocus its franchises, a decision that may pay off in December with the release of Bumblebee. With Disney potentially acquiring more properties from the proposed acquisition of 20th Century Fox, Paramount is surely looking for a means to compete within the blockbuster playground.

Both Teenage Mutant Ninja Turtles and Out of the Shadows did a good job at capturing and modernizing the original cartoon, which were inherently silly. But maybe the way forward for the property isn’t to try repeating the same tone of those films with new designs and new cast members, but is rather to return to the source material. 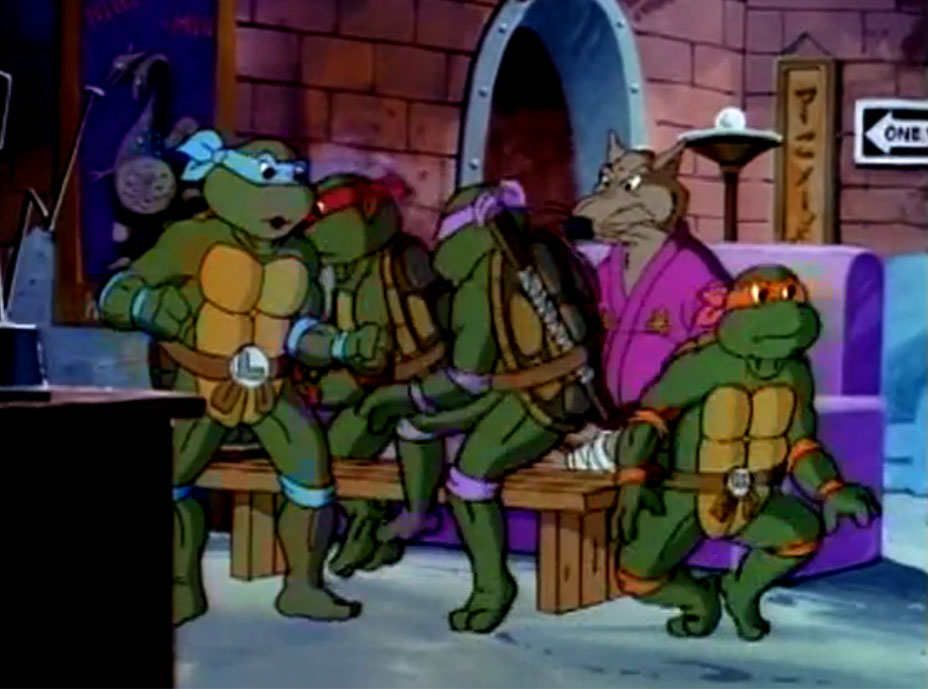 When the Teenage Mutant Ninja Turtles, created by Kevin Eastman and Peter Laird in 1984, made their comic book debut, they were presented as much darker characters than later incarnations would portray them as. A parody of the work of Frank Miller, among others, the black and white comics from Mirage Studios poked fun at the self-serious nature of comics born from Miller’s Daredevil and The Dark Knight Returns. Their popularity came in part from the fact that they were different from the X-Men, Spider-Man, and Batman titles that were consuming comic readers’ attention. TMNT shouldn’t have worked, but they did because their colorless adventures brought an independent artistry to superheroes and conveyed an attitude that seemed unrestrained by corporate powers. In some ways, the TMNT can be considered a precursor to Image Comics and the autonomous, creator-driven spirit that put it in competition with the big two.

Currently, a superhero movie is released almost every month, each one hyped up to be better than the last and to create franchises and cinematic universes before a release date has even been set in stone. Unless it’s a superhero property from the Marvel or DC Universe, it’s hard for a big-budget live-action superhero movie to make a mark. Take Power Rangers (2017) for example — a nostalgia-driven spectacle that seemed like a sure thing, one set to lead to a proposed seven-entry franchise. But its efforts to go bigger and compete in a world of the MCU and DCEU led to it failing at the box office, despite being a decent film. A TMNT reboot could be the perfect antithesis to the bigger superhero movies by moving forward as mid-budget, practical effects driven film that parodies current superhero movies. Sure, Deadpool is already out there, but his brand of meta-commentary is too immersed in the beats of the average comic book movie to fully be considered parody. TMNT has the potential to fully commit to offering a parody of superhero movies, providing commentary on trends and bucking tradition in favor of weird, comedic deconstruction for the PG-13 crowd. Maybe it’s time for the Teenage Mutant Ninja Turtles to be what the film medium hasn’t yet allowed them to be: smart.

Ah, but then there’s the Michael Bay of it all. Even if the Teenage Mutant Ninja Turtles could work as a stripped down property, would that be something Platinum Dunes would be interested in or even capable of? The answer to this may be found in its recent horror movie output. The Bay-produced Purge movies have managed to provide sharp social and political commentary that, while not exactly nuanced, have certainly created captivating theatrical experiences. Even more recently, Platinum Dunes released Ouija: Origin of Evil (2016) which learned from its predecessor to become better in every way. This year’s Bay-produced A Quiet Place is the breakout horror sensation of the year so far, showing the kind of control, artistry and measured performances that we don’t typically associate with Bay.

As Platinum Dunes has shifted away from ’80s horror remakes and towards original properties, the conclusion must be reached that Bay is learning to become a producer more willing to take risks and allow his films to take a role in genre innovation. While the success of a Teenage Mutant Ninja Turtles reboot will fall primarily on whoever is chosen as a director, Platinum Dunes is proving that it is able to find directors who not only know their way around digital effects, but who also have a point of view. We’ve had plenty of fun with the antics of the Teenage Mutant Ninja Turtles over the years, but, if Paramount is serious about refocusing the franchise, it’s time for the Ninja Turtles to say something besides “cowabunga.”