Continue to The Hollywood Reporter SKIP AD
You will be redirected back to your article in seconds
Skip to main content
July 29, 2019 11:36am
Logo text

Perhaps the biggest surprise of Marvel’s Comic-Con panel earlier this month was the revelation that two-time Oscar winner Mahershala Ali will be playing Blade. Ali will be playing the role Wesley Snipes originated in 1998 in a project that helped launch the modern era of superhero films. But beyond the A-list casting, could Blade provide an even bigger surprise, by introducing the X-Men into the Marvel Cinematic Universe?

Blade first appeared in 1973’s Tomb of Dracula #10, but to understand this particular far-fetched theory, you have to travel forward almost four decades to a controversial Marvel comic book arc known as Curse of the Mutants. Released almost a decade ago, the strange storyline centers on an ambitious young vampire who wants to overthrow his out-of-date dad, Dracula. The already outrageous setup got even wilder as a vampire terrorist purposefully walks into the sunlight, turning himself into a vampire-blood bomb. The shocking and gruesome explosion drenches the surrounding public who are enjoying themselves in San Francisco’s Union Square, including X-Men member Jubilee. It later turns out that the blood was tainted with an infection which turns anyone that touches it into a vampire, leading to Jubilee becoming a bloodsucker.

Marvel Studios boss Kevin Feige revealed no specifics on the Blade project, put it’s safe to say it wouldn’t be happening until after 2022. When Blade finally does appear, could he be connected to Charles Xavier’s X-Men? The horror-drenched storyline might be an unexpected route to introduce the iconic team, but it could be an easy one, especially if Marvel decides to use Phase 4 as a way of building up to the marvelous mutants much in the way that Phase 1 built up to the Hollywood-changing success of 2012’s The Avengers. 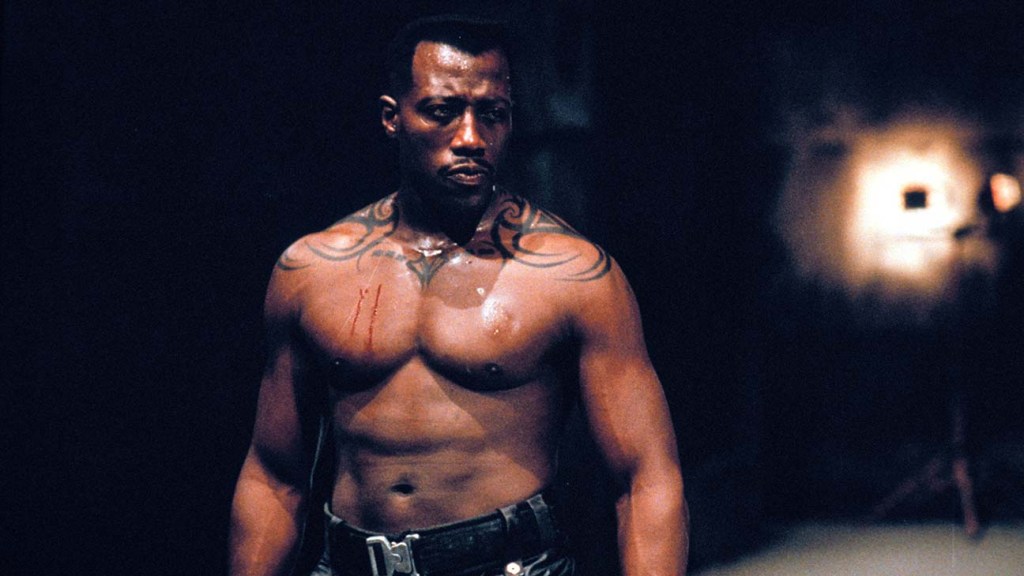 Blade isn’t the only vampire that the X-Men have a history with, however, as the team has often tangled with Dracula himself. The first time they faced him down was in Uncanny X-Men #159, where the undead legend was desperate to make Storm his bride. This sparked an ongoing obsession between the classic bloodsucker and the weather-controlling Omega-level mutant. Just like Blade, though, Dracula wasn’t always bad and once even joined his own superhero team in the Defenders. That duality is key to the Curse of the Mutants storyline as the X-Men actually resurrect the ancient monster in an attempt to beat his genocidal son. It’s a plan that eventually fails, but the team does leave on relatively good terms with Dracula. I doubt Dracula will turn up in Blade, but this storyline does establish another historical connection between vampires and the X-Men.

If the Blade film connects to the X-Men, perhaps there will be a small nod towards the team in the Daywalker’s film. It could be a tease of the subterranean mutant group known as the Morlocks — note that Feige said “mutants” in his presentation, not X-Men — who would easily fit into the darker side of the Marvel Cinematic Universe. Or perhaps we could even get a reference or cameo from a vampirized Jubilee. Either of these would be a very easy way to open a door to the team that’s defined so much of what superhero movies have come to be.

Another thing that Curse of the Mutants could offer is the way that vampires actually get into the MCU. There is, of course, the likelihood that the secretive race of nocturnal nightmares have just been working outside of the realm of the Avengers all this time. But the vampire bomb of the comic books could be used as a way of introducing the world to the vampiric menace. And if the movie didn’t want to jump straight into vampire terrorism, then they could take the idea of a scientifically created vampire infection and use that as an explanation for the sudden explosion of vampiric activity in the MCU.

It’s unquestionable that Blade will open the doors to the world of monsters and horror heroes that have long existed in Marvel’s comic books. Within that universe the X-Men themselves have often been viewed as monsters and feared by the general public. Although they’re not as closely connected to Blade as other characters, the X-Men have worked alongside him and it could be the perfect backdoor for the mutants to slip into the MCU.

How Marvel Can Finally Get 'Fantastic Four' Right