For The Florida Project, Sean Baker’s follow-up to his cult hit Tangerine, the director gathered together a group of mostly unknown actors and one big name: Willem Dafoe. Known for playing villainous characters in such films as Spider-Man and Once Upon a Time in Mexico, Dafoe, 62, takes on a softer role as an Orlando motel manager who helps a group of semipermanent residents, many on the cusp of homelessness. Already nominated for a Gotham Award, Dafoe, a father of one son, reveals how he related to Baker’s story and talks about the responsibilities of being the veteran actor on set.

What attracted you to this project?

The script was excellent. I liked the world. I didn’t quite know what the character was until I started doing it. I also liked Sean a great deal. He has a great film culture; he’s smart. He’s also a one-man band in that he really rolls up his sleeves, edits his own work, writes his own work. I mean, we’re talking auteur-land, and I like that.

Would you say this role was more show than tell?

It’s more “do” than show, I would say. What’s interesting about this character is that he’s not a particularly remarkable guy, but he has great humanity, and it’s not worn on his sleeve — you just feel it by his ability to deal with all these different situations in a humane way. With each crisis, he has to wear a different hat. Even though there are no big, dramatic scenes, there’s a lot of shape-shifting and a lot of thoughtfulness in how he does this very simple job — actually not so simple. How he dedicates himself to making that place a better place — that for me is touching. He’s not an extraordinary person, but he’s doing his bit to make things better. Everyone can relate to that, because everyone aspires to do that. 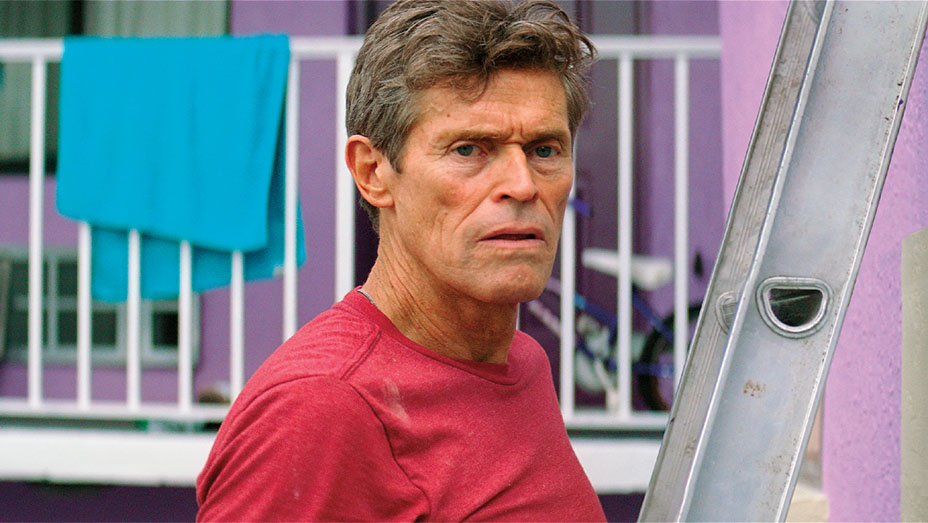 This film deals heavily with poverty and its effect on children. How did you connect to that story?

I have family down in Orlando, so I knew that area. I didn’t so much know this culture of people [taking up] longtime temporary residence in these budget motels. I grew up middle class, but I was always aware of poverty, even in the little mill town I was raised in. Now, as I go through life, I recognize those people are us. That was the process of making the movie, too. We were working with people who were actually living in that motel, and it informed what we were doing. Hopefully, people will see how precarious all our lives are if we don’t help each other. There’s a strong humanist message to the story.

You shot on location with the people living in these motels?

We did. The people whose story we’re telling are basically living in the room next door. Sometimes they would help us as extras and in other ways. Some of the performers were in a similar situation, where they were longtime temporary residents in hotels. So we were working with people who had this type of life.

Disney World looms over this story. Was there an underlying message for you in the film’s setting?

The fact that this is going on in the shadow of Disney World and this area of entertainment — a place to be happy and to be diverted — is significant. But I also think the film isn’t pointing any fingers. Disney employs a lot of people, and they give money toward this problem and help to solve this problem, so it’s not taking Disney to task, but it is clear that this problem is happening in the shadow of a place where people go to have fun.

What’s it like to be the veteran on the set with mostly newcomers?

My job is to fit in with them. I’m aware that I have more experience, but when we’re all in the room together, we’re just trying to help one another. I had to fit in with them; that’s the real takeaway, and that’s the pleasure, because whenever you’re in a movie, that’s your job. You want to be the fabric of the story, you want to be woven into it. You don’t want to show off. You don’t want to stick out.