It’s been 32 years since Willem Dafoe earned his first Oscar nomination, for his supporting role in Platoon. Since then, the prolific actor has played memorable characters in both tiny indies (2018’s The Florida Project) and tentpoles (the Tobey Maguire Spider-Man films, Aquaman).

Dafoe, 63, earned his fourth Oscar nom for playing Vincent van Gogh in Julian Schnabel’s At Eternity’s Gate. He caught up with THR to talk about this season and if he still paints.

How does it feel to be nominated specifically for this movie?

This is very special because the movie’s special. It’s a unique film made with a lot of love — made as a personal expression about Vincent van Gogh from an artist making a film about an artist. It was just a wonderful role. One of the beautiful things is it will help for it to be seen more widely.

Did you hear from Julian after your nomination was announced?

Yes, of course. Since this movie, we’ve really been joined at the hip. It was the kind of situation where it was such a great experience for me and such a fluid experience. He’s a strong personality, but as we were doing it, really I didn’t know what he was doing and what I was doing — it was like we were the same person. And when you have that kind of union, when you’re working, it’s very exciting.

What’s one thing you learned from working with Julian on this movie? 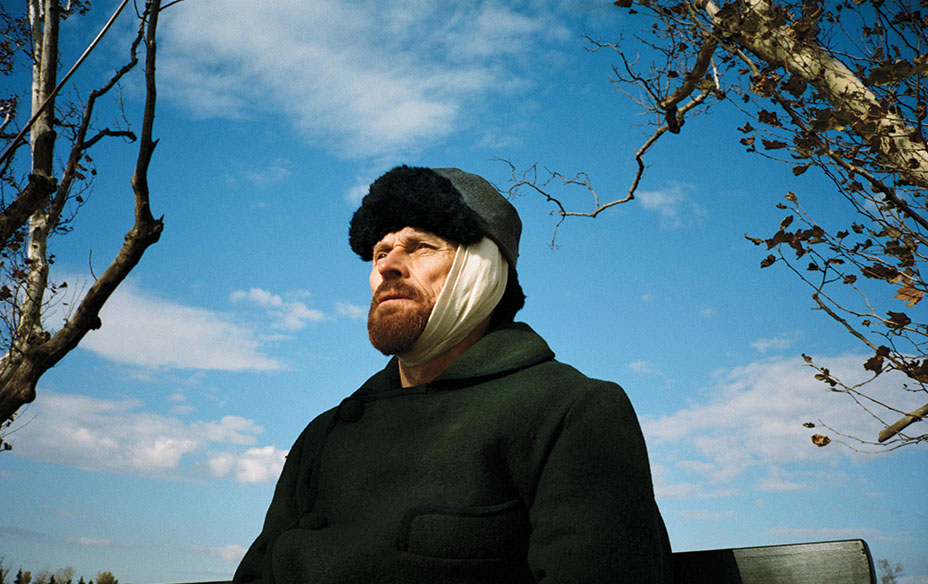 Have you gotten any surprising audience reactions to the movie?

Just how it deeply affects people. People think they know about van Gogh, but this gives a whole different take on him. Julian somehow was able to get around this kind of cartoon of van Gogh as the tortured loser artist who didn’t sell a painting. He was able to tap into the joyous aspect of making the paintings, without going against the information we have. He was really able to tap into the joy this man must have felt in his prolific — troubled but prolific — years of almost a painting a day toward the end of his life.

Do you still paint?

I love painting, but the truth is I love to work. To really maintain the level I had on the movie, I’d have to be painting every day. I may return to it someday.

If you had an awards-season motto, what would it be?

Don’t get distracted — it’s not about you, it’s about the film.