Something wicked is coming to independent publisher AfterShock Comics — and in larger doses. Witch Hammer will be released in November, launching a line of original graphic novels from the company.

Written by Cullen Bunn and drawn by Dalibor Talajic — the two had previously collaborated on Marvel’s Deadpool Kills the Marvel Universe — the 64-page oversized album follows two agents as they hunt for a serial killer who is murdering witches. They ask themselves a dangerous question: What if the serial killer is doing the right thing?

The book, Bunn explained, is “a different kind of horror story,” one that he described as “a bloody, violent, frightening thriller.” He shared that readers will be “thrown headlong into a dark and bloody mystery. Someone is hunting people down, murdering them in cold blood. The connection between the victims — they are all practitioners of witchcraft. The killer is a terrifying figure — armed to the teeth and wearing a ghastly goat mask — and he is made all the more frightening and more dangerous by one simple fact: He believes in what he is doing. Emboldened by the awful power of conviction, he is on a one-man crusade. He is pursued by a group of federal investigators hell-bent on stopping his killing spree. These investigators, though, are faced with a dreadful conundrum of their own: What if the victims actually are in league with demonic forces?”

He added, “On the surface, the story is fairly straightforward — a murderer is at work and must be stopped — but I think this book will challenge readers. Who are the heroes? The villains? The victims? The answers will change as the story progresses.”

“Cullen was a very obvious choice [to write our first graphic novel], as he’s been an AfterShock mainstay for quite a while now and has been highly successful with his previous comic series launches with us,” said publisher and chief creative officer Joe Pruett. “Plus, it doesn’t hurt that he had a fantastic story that he was eager to tell and that we were able to secure such an amazingly talented artist such as Dalibor Taljic to craft this passion project with him. I’ve worked with Dalibor in the past, as has Cullen on Deadpool, so we were both thrilled that he was available to join us for our initial launch of this line.”

AfterShock’s enthusiasm for the writer is mutual. “Something I love about AfterShock — and something that has made them a great publisher for me — is that they take chances with the types of stories they publish,” he said. “They don’t shy away from the strange and horrific, and some of my favorite books fall in that category. Insexts, Black-Eyed Kids and the recent A Walk Through Hell are all favorites for me. I’m inspired by a publisher that takes such daring chances with their slate of books!”

Pruett picked up on the themes of taking risks and supporting their creators, adding, “Following up on the success of our oversized hardcover anthology title Shock, this line of original graphic novels will be presented in the same oversized hardcover format that is so popular in Europe, with the finest paper stock, larger pages so that the art can truly be appreciated as it should be and a prestigious lineup of creative talent. This format will allow our creators to escape the monthly deadlines of comic serials and spend the time necessary to focus on the details of both story and art rather than trying to hit some never-ending deadline crunch.”

He went on, “Creators that I know have been asking to do this format for years, so we’re super excited to afford them this opportunity. What we’ve been hearing from fans is that there’s a strong desire to experience some stories in as close to one sitting as possible — the equivalent of binge-watching. The story beats of Witch Hammer lend themselves particularly well to that.”

Bunn promises that Witch Hammer has “a couple of twists in this book that will absolutely knock you right out of your reading chair,” while also teasing that Talajic will “blow [readers] away with this story; his grasp of crime elements, of horror elements, of tension and mood is unsurpassed.”

Witch Hammer will be released digitally and in comic book stores Nov. 28.

Preview pages showcasing his art can be seen below. 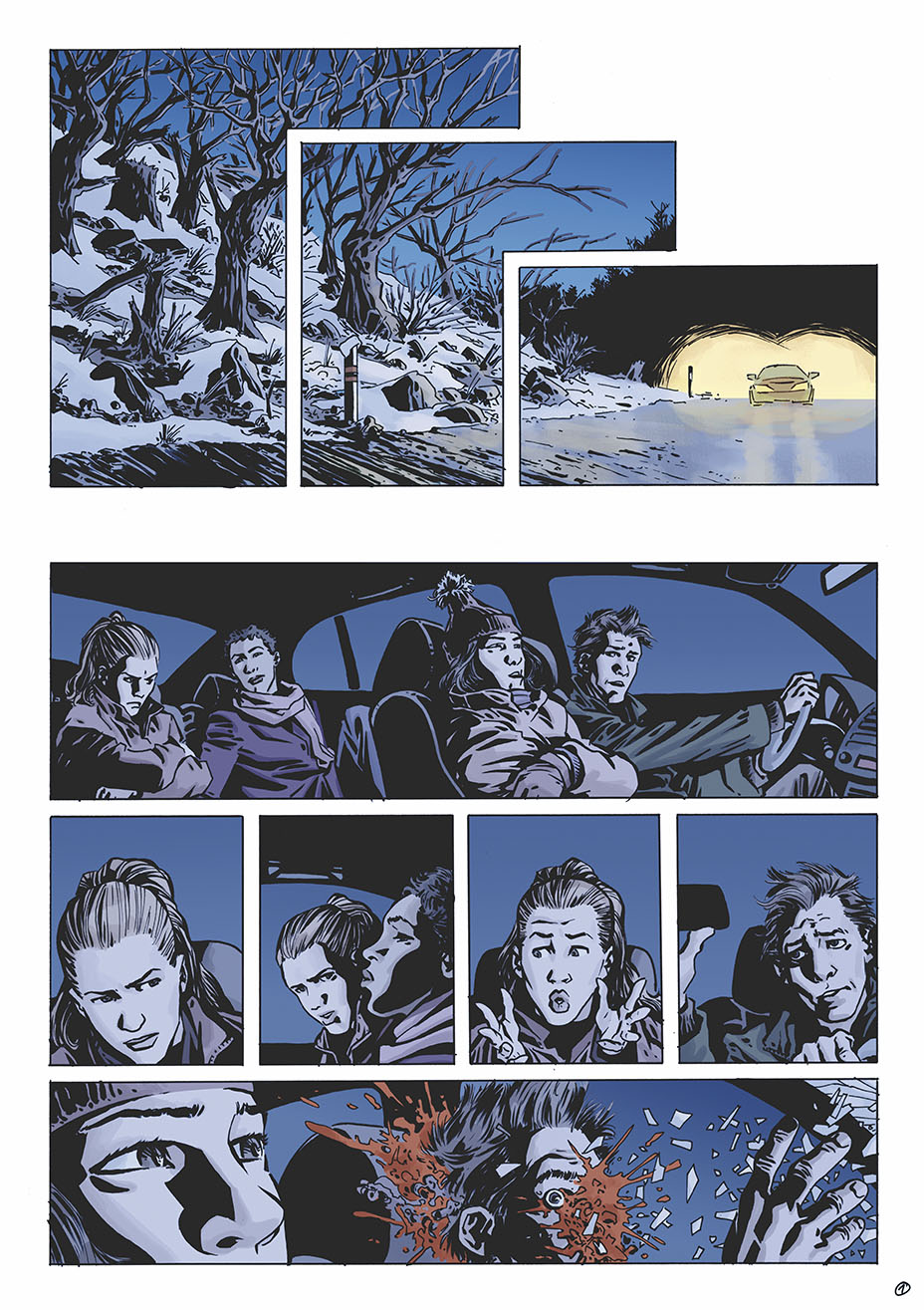 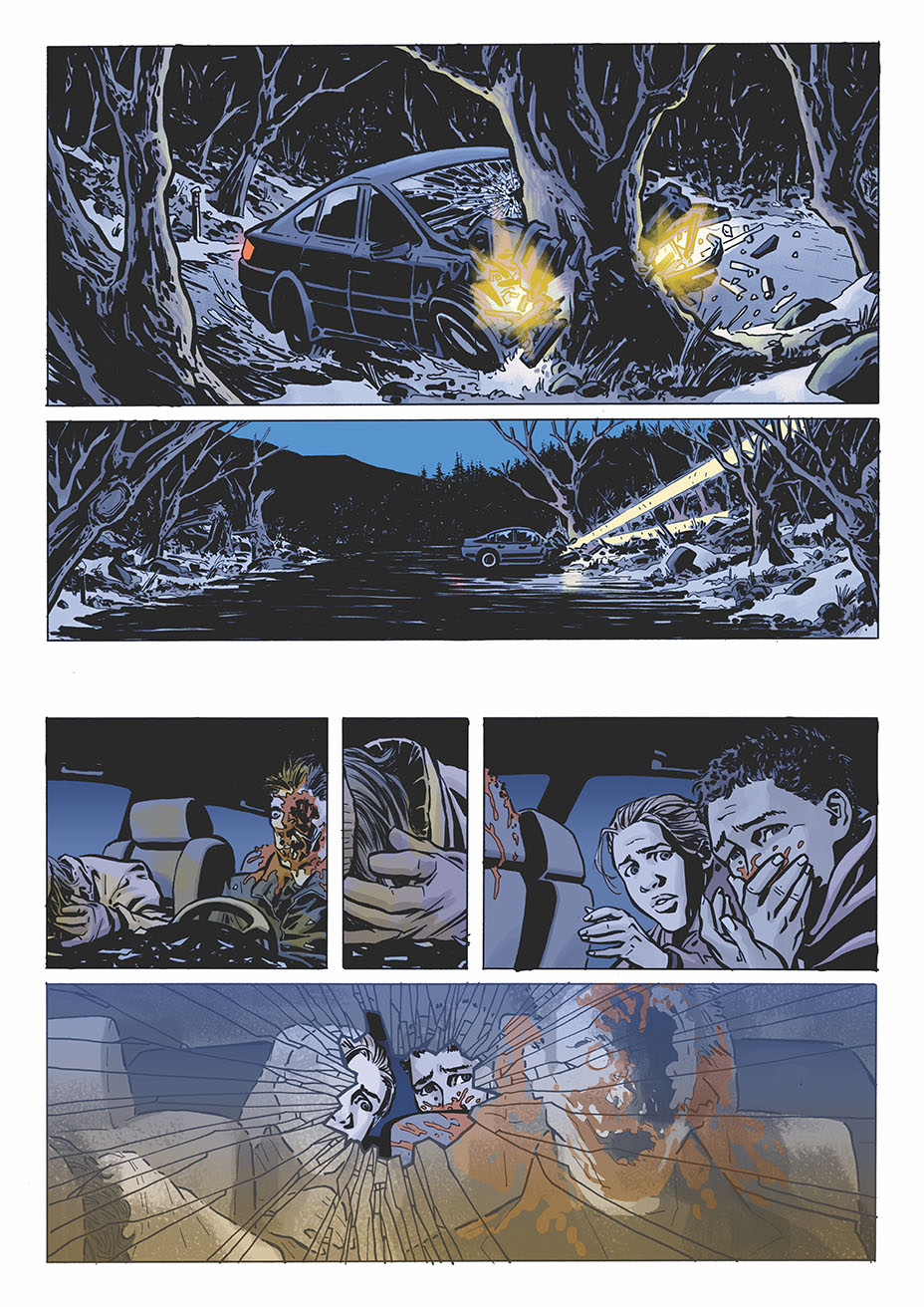 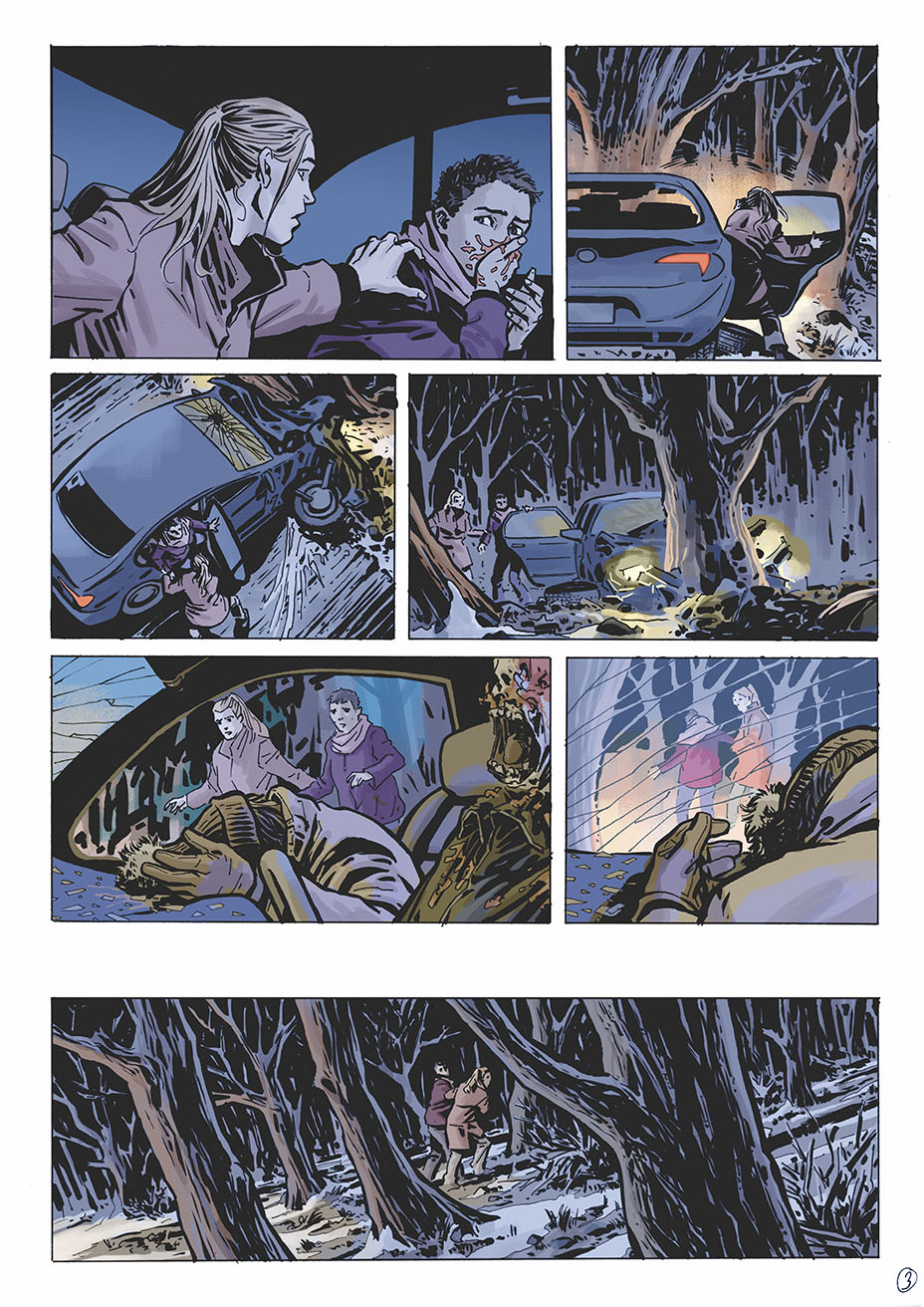 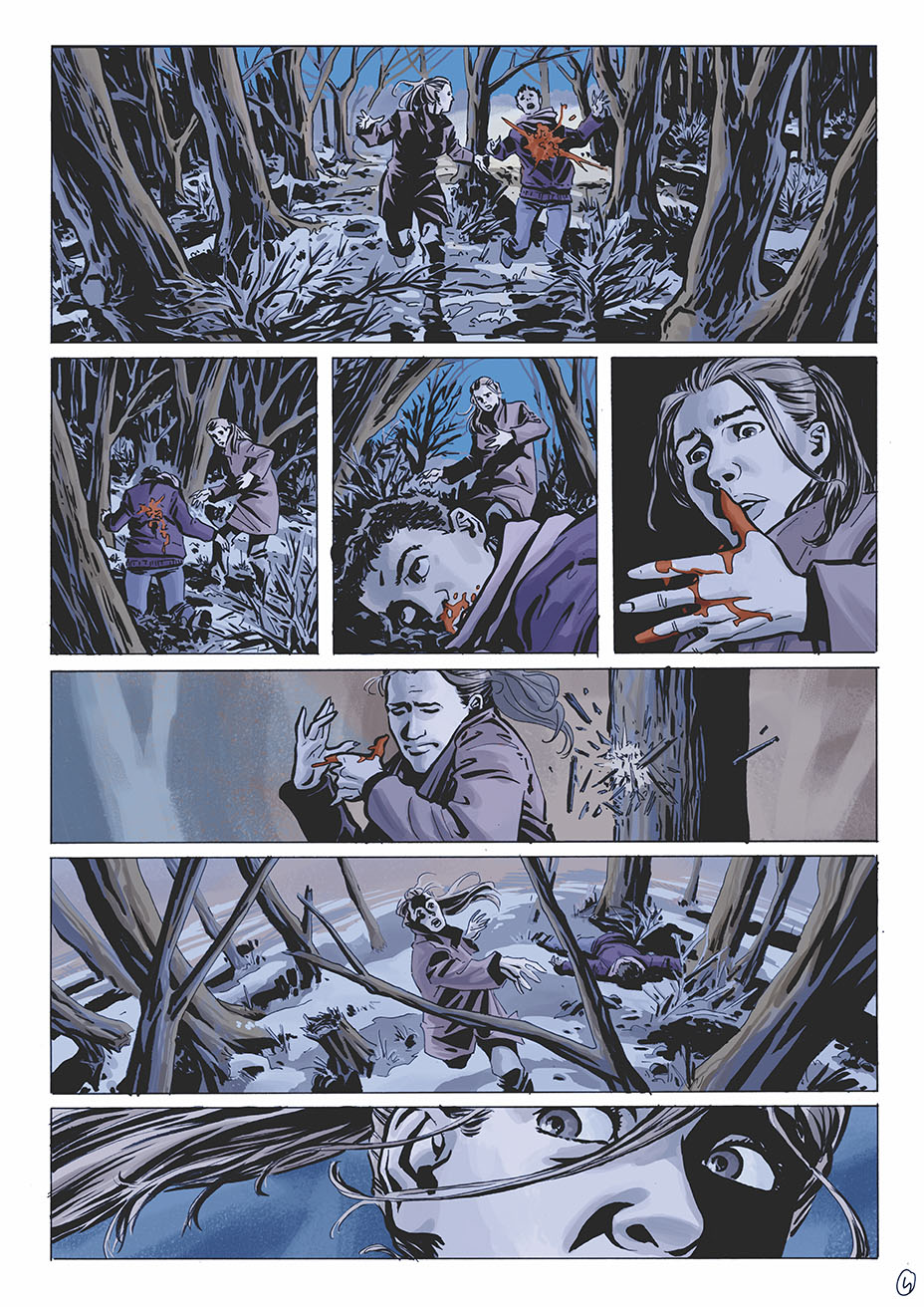 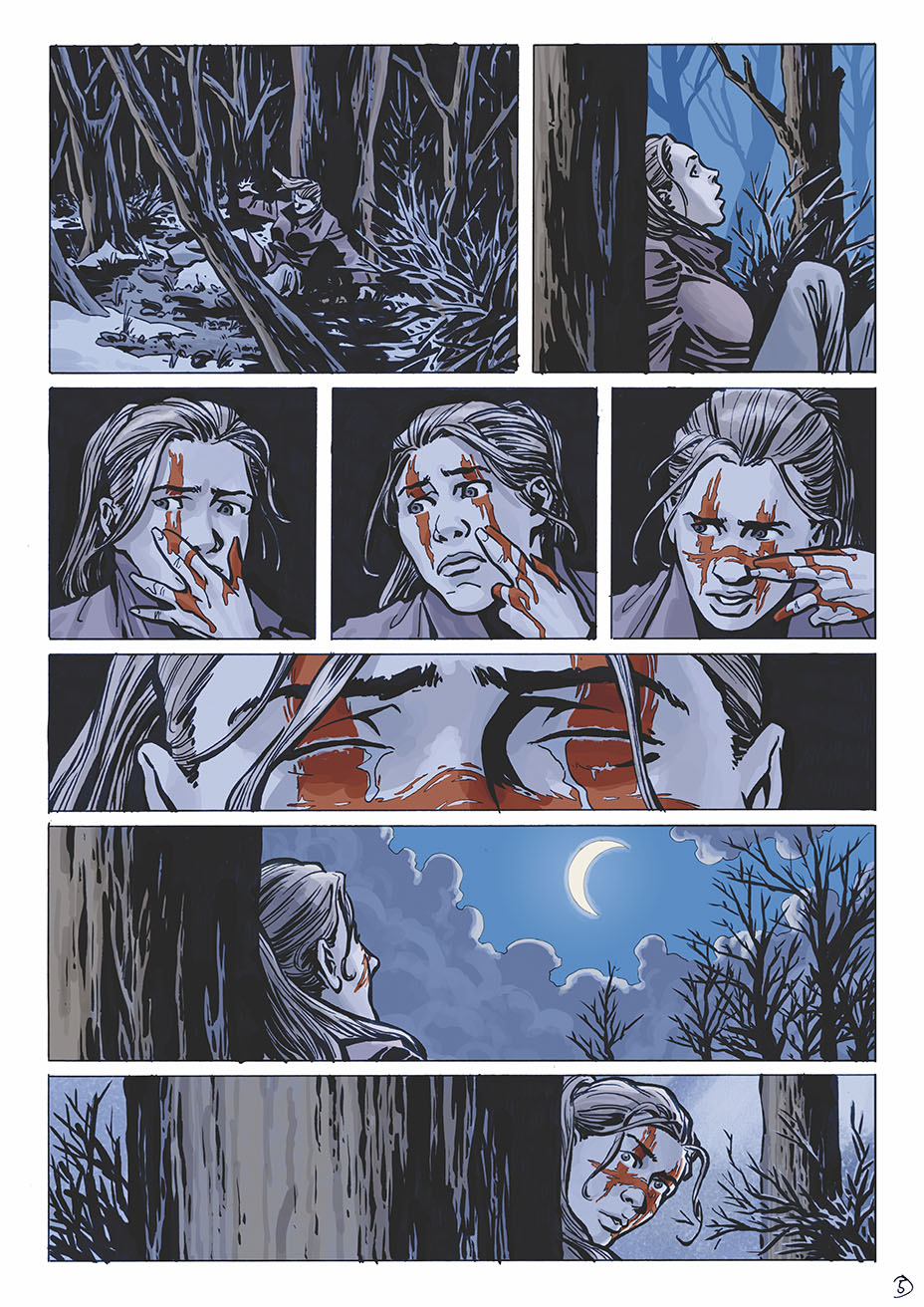 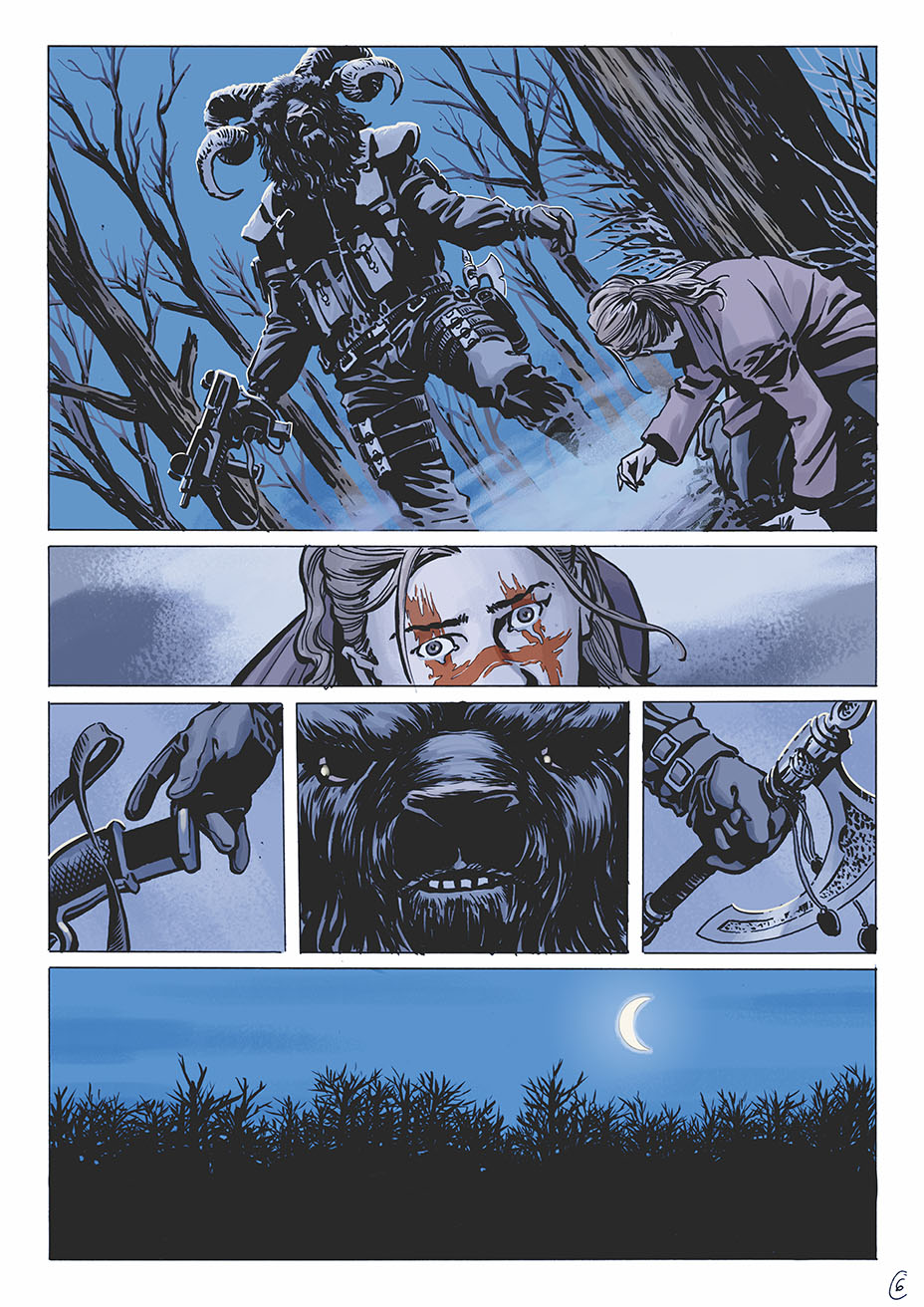