Profiles in History founder Joseph Maddalena knows a thing or two about pop culture; it has been his business since founding the memorabilia auction house in 1985. “People thought I was crazy, when I first started out, but it’s so gratifying to see collectors come in, so enthusiastic, and buy something they really cherish,” he tells The Hollywood Reporter.

“These are some of the most culturally significant items in film history,” he says of the auction house’s latest showcase, The Icons & Legends of Hollywood, which will take place Sept. 25 and 26 at 11 a.m. PT.

Some items have been on auction before, such as the famous black-and-white gingham pinafore dress worn by the character Dorothy Gale in the 1939 classic, The Wizard of Oz, and estimated to sell for around half a million dollars. 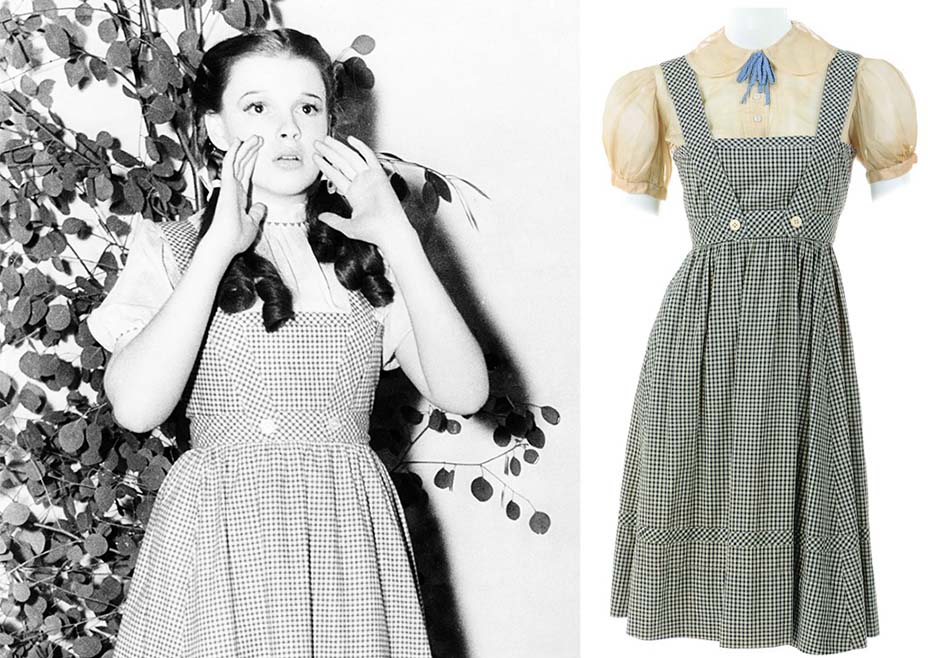 “It sold in ’88 and in ’95, so this is the third appearance. It came from the MGM sale,” says Maddalena. “The world record is $1.5 million for the blue gingham dress. This is the only black-and-white one that exists. To me, this is one of the most significant moments in film history. They were originally going to shoot the beginning of the movie in black and white, and the rest in technicolor, but they decided not to do that.”

Instead, the set was painted sepia and Judy Garland’s body double Bobbie Koshay was outfitted in the black-and-white version of Garland’s blue pinafore dress, which sold for a record $1,565,000 at a Bonham’s auction in New York in 2015.

In the film, Koshay walks to the door and opens it, revealing the color of Munchkinland beyond the doorframe. She steps out of the shot and Garland is revealed in her blue dress. “That made it easier on the transition of the scene,” says Maddalena. “It’s the moment where she goes from this boring land of Kansas to being in the land of Oz. Everybody knows when she opens the door what’s behind it. This is that dress. There are very few costumes like this. It’s a really important moment, culturally.”

Maddalena believes the enduring legacy of The Wizard of Oz, as one of the first films to be shot in technicolor, contributes to its value. “More people go to the Smithsonian Museum to view the ruby slippers than anything else,” he says. “That’s about 6 million people a year. So that just shows you how significant it is. It’s embedded [in our] culture.”

Another item expected to sell in the $500,000 range, and possibly more, is the Moon Buggy from Guy Hamilton’s 1971 Diamonds Are Forever that Sean Connery’s James Bond uses as an escape vehicle, conceptualized by Oscar-winning production designer Kan Adam and built by custom car designer Dean Jeffries. Following filming, it was used for promotional purposes during a global publicity tour. ”It’s Sean Connery, the ultimate Bond!” says Maddalena. 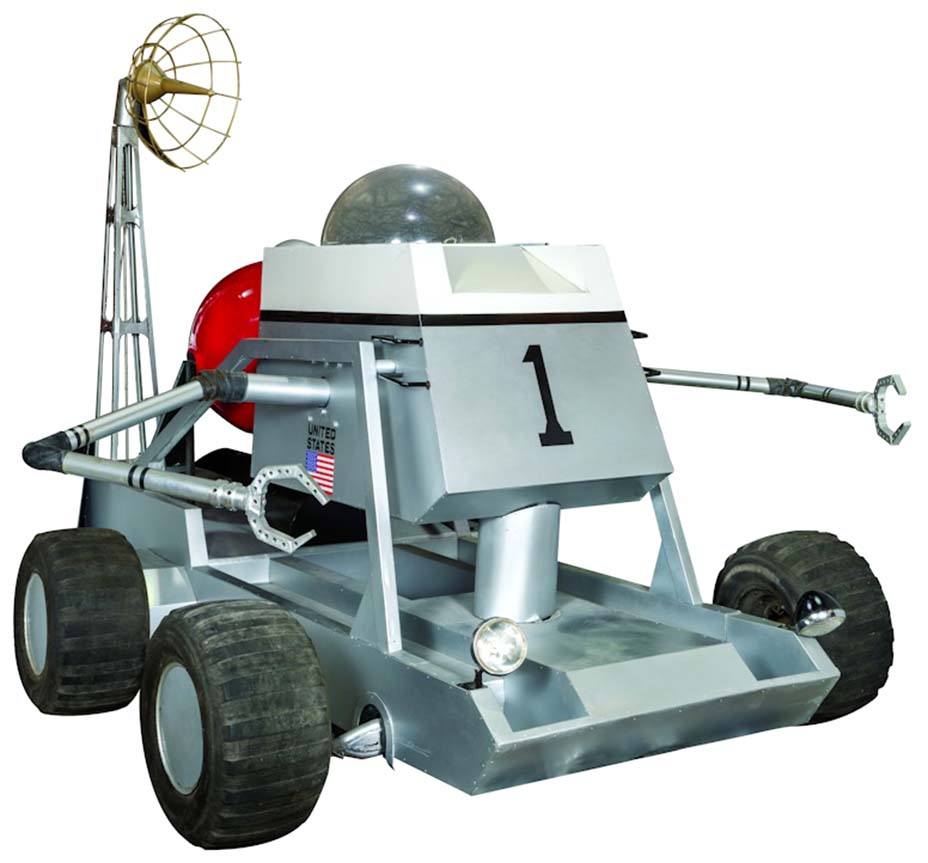 In that vein, the Darth Vader mask and helmet are expected to fetch $500,000. “It’s the holy grail of science fiction,” says Maddalena. “I said to one client, ‘if you have that, you don’t have to have anything else.’ That’s your collection. There’s no up from there. You have the Darth Vader mask—you’re not going to top that. There aren’t many of those, and it’s from The Empire Strikes Back, considered the best of all the movies. So few of those survived production.” 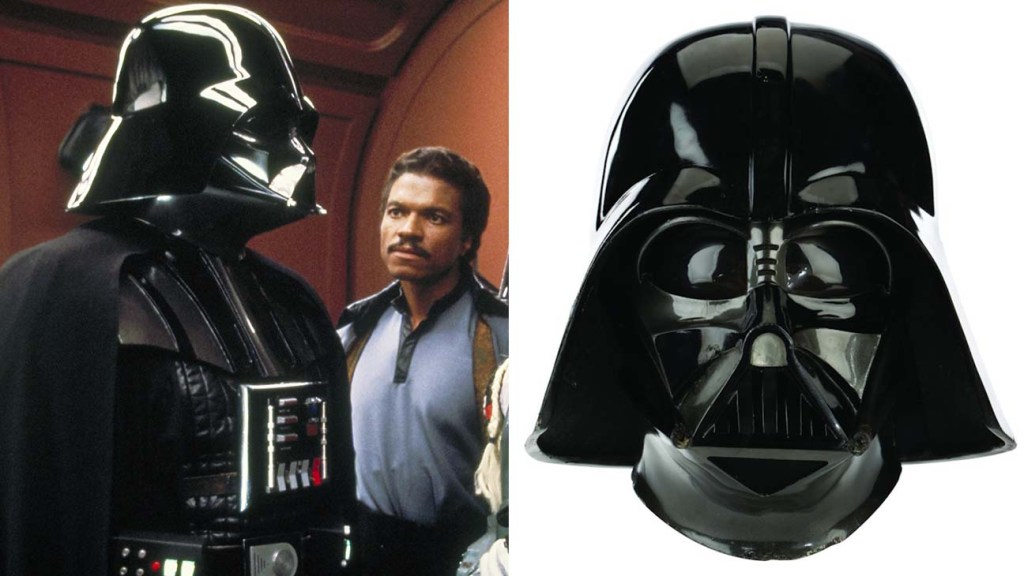 Another item with high value in terms of cultural significance, Maddalena says, is Spyros Skouras’ Best Picture Academy Award for Gentleman’s Agreement, which is estimated to bring in $300,000 to $500,000. “I sold [David O.] Selznick’s a year and a half ago for $480,000 [for Gone With the Wind] and this film is a very important one, too. It comes directly from the family and is one of extremely few Oscars ever made available to the public. It and Schindler’s List are the two most important films of that genre, so that one should do really well.” 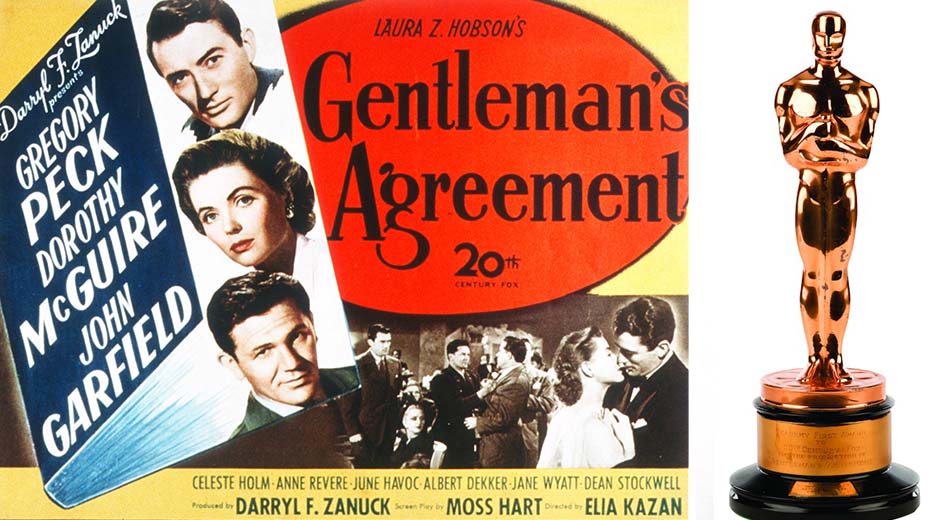 On the lower end of the price scale, but no less important to the film canon, Maddalena believes, are two costumes from Titanic. “It’s the Gone With the Wind of our generation,” says Maddalena. The outfit that Leonardo DiCaprio wears as Jack and Kate Winslet’s luncheon dress which her character, Rose, wears when she and Jack first see each other aboard the ship, are each estimated to sell for $100,000 to $150,000. 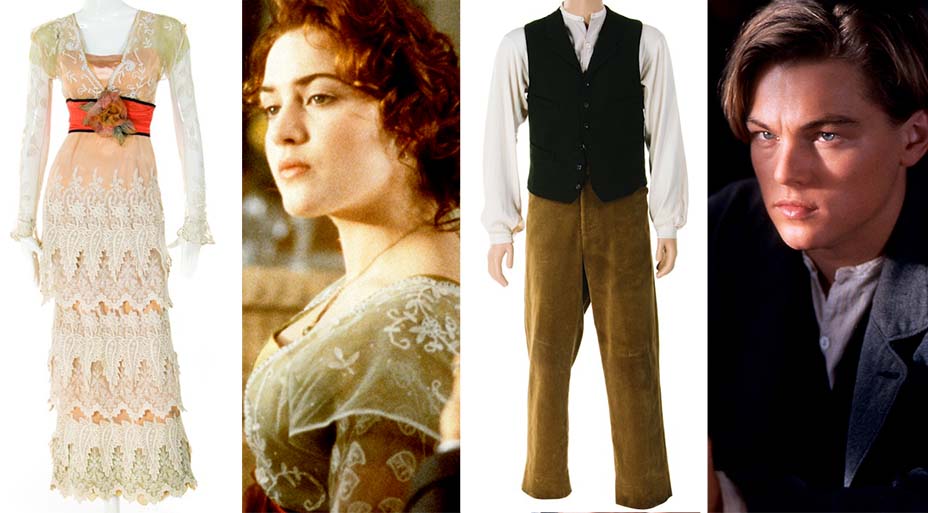 Each piece in the auction has its own unique origin story. “A lot of these items were rented from the prop house that made them, but so many of them we’ll never see the likes of again.” says Maddalena, adding that he hopes that those who buy the pieces, which come from a variety of collectors, will put them on display in some way. “They need to be seen; they shouldn’t be locked in closets,” he says. “A lot of collectors love to exhibit their collections, so they might buy something and then put it on loan. There’s a whole secondary world of exhibitions that’s going on and that’s great.”

Sept. 4, 9:19 a.m.: Updated to correct the name of the auctioneer to Profiles in History.