“It had a code name… Blue Harvest,” Shelby Young recalls of her first major role in a video game. The secretive project (which shared its confidential name with the working title for 1983’s Return of the Jedi) eventually revealed itself to be Dead Rising 3, a game that would change her career and open the door for more work in interactive storytelling.

Sitting next to Young, Valerie Rose Lohman and Courtney Hope complete the trio for a conversation with The Hollywood Reporter. The meeting follows the recent releases of their games Wolfenstein: Youngblood and Control, in which these actors portray three of the strongest and most layered characters in video games this year.

Young describes acting in a video game as a mix between a play and a movie. “You’re using your imagination to its fullest because you’re in a room with a bunch of small cameras, with one strapped to your face, in a skin tight suit with balls all over you, and you have to imagine you’re in a zombie apocalypse,” the actor tells THR.

She portrays one of the twin daughters of longtime Wolfenstein series protagonist B.J. Blazkowicz. Her partner in crime, fellow Blazkowicz sister Lohman, jumps in to consider the differences between video game acting and film or television work: “I really enjoy the personal freedom it gives you as a performer. I’m going in for aliens and monsters and little boys — we’re not confined to female ages X-Z.” She adds that she’s stereotypically cast as the “sweet” or “quirky” girl. “It was cool for someone to see something in me that I feel like I know internally,” she says.

Hope just took on the lead role of Jesse Faden in Remedy’s mind-bending action adventure game Control, and dove headfirst into the challenge of facial capture. “When you’re falling or fighting or having an intense conversation with exertion, you’re not moving, you’re standing still,” she explains. “That was something where I had to tap into something deeper.”

All three actors inhabit the gaming world as avid gamers themselves. Young grew up with a Nintendo 64 console and a Game Boy, eventually becoming obsessed with Kingdom Hearts. “I felt a responsibility to save the characters,” she remembers. “It was such a cool feeling where I’m not just watching something happen, but I have a part in making it happen.”

Lohman had a first-generation SEGA, but her “jam” was playing Pikmin on the GameCube, a game she thinks no one remembers. Young, however, is also a fan. “I love Pikmin!” she exclaims.

Touching on the feeling that video games gave her as a child, Lohman says, “I love how it made me feel like a badass.” She recounts a time when her younger brother and older sister couldn’t beat final boss Eggman in Sonic the Hedgehog, and she did it. “I remember feeling so cool, I’m 7 years old, and I can do anything.” Hope was also keen on the N64, and later got wildly into Grand Theft Auto. “I love cars,” she says. From there, an interest in World of Warcraft developed, which, to this day, she enjoys playing with her boyfriend.

When the time came for the actors to audition for roles in video games, there was often some secrecy involved. “You get a very vague description for the audition,” says Lohman, “so it’s about making a choice and coming in with a strong opinion.” When she won the title role in Annapurna Interactive’s 2017 indie hit What Remains of Edith Finch, she did not realize it was a game. Once everything was explained to her, she was thrust into a world she “had never fully paid attention to” and felt excited by the “groundbreaking narratives” that she was suddenly exposed to.

Hope auditioned for Quantum Break, Remedy’s last release and her first gaming role, months before she received a phone call offering her the role of Beth. Since so much time had passed, Hope had no idea what they were talking about — though it soon came flooding back to her.

Bubbling under the surface of their respective Youngblood and Control characters were qualities that compelled these actors to pursue the roles with fervor. “Jess had this underlying anxiety and worry that I loved finding,” Lohman says. “She felt like a teenage girl to me.”

Speaking of her character, Young says, “she was a free spirit who I wanted to be friends with. The fact that she could stay so positive in the face of adversity, while trying to find her father in a country she didn’t know, while fighting Nazis, was something so special to me.” 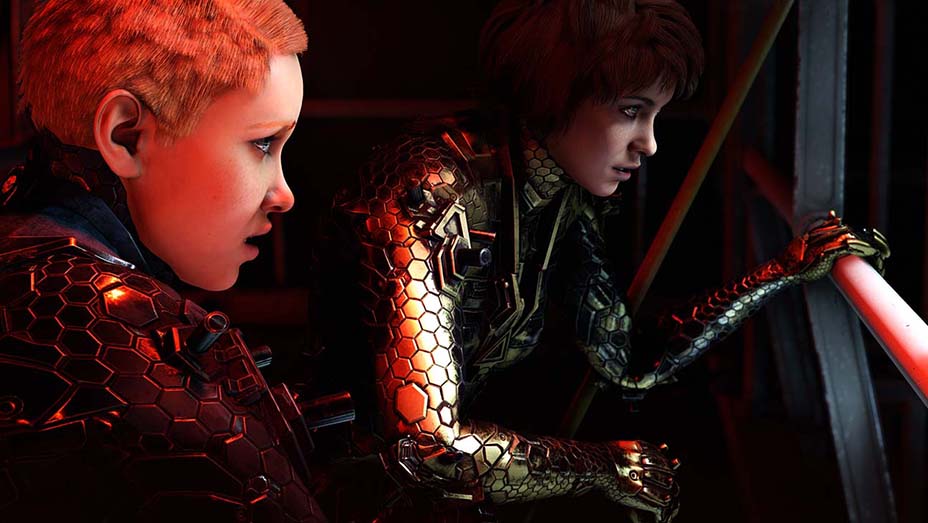 Hope emphasizes how she loved discovering Jesse’s “acceptance of the weird.” In her own life, the actor grew up experiencing anxiety and learned to conquer unfamiliar situations by walking into them head-on. “I was excited to expand who I was as a human being and look at who Jesse was in relation to her past and to her future and what her goals were,” the actor says.

But the scripts are their own beasts. When Young received the material for Youngblood, it consisted of pages that were out of order. Hope remembers how the writing team were working on the script continuously as they were shooting it. “Sometimes I would get it on the plane on the way to Finland, or in the [recording] booth,” she says, basically describing a whirlwind.

Stopping to consider the appeal of video games, the actors emphasize the immersive worlds, having something to accomplish and achieve, the endless possibilities in storytelling and the rich connections they have witnessed in the fan community. “I went to New York Comic-Con last year when we announced Control,” Hope says. “I remember walking through a sea of people in different costumes, and I felt like I was in an alternate world where everybody could be anything they wanted to be.”

The production side is distinctive, too. “There’s a different sort of creativity,” Hope says. “The crew, everyone is so happy and so creative and you feel like your childlike wonder is everlasting.” She recalls wearing her Spider-Man t-shirt on the set of Control in Finland, and people calling it out for being a neat clothing choice. There were no stifling egos, and instead, a collective sense of togetherness and authenticity. 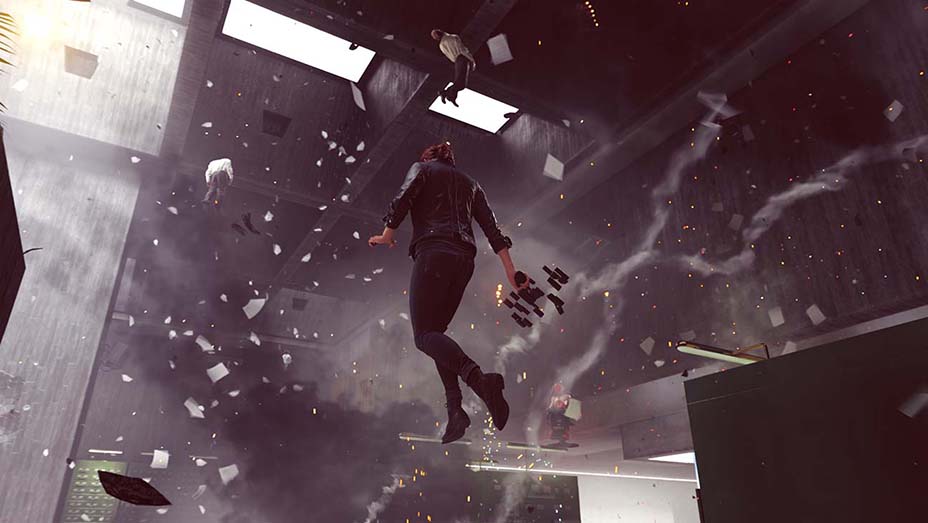 That homes in on this idea of helping others feel less alone. “There’s a game for everyone,” Lohman says, “no matter how weird you feel … because we all feel weird.” She says she grows with every character she plays, and finds nuances within herself that she didn’t know she had, or was afraid to look at. Hope considers the stigma of video games where people think, if you play them, then you don’t do anything else in your life. “That is something that’s really sad, because yes, there are some people who that’s all they do, but if that’s what makes them happy then who cares? There’s so much you can learn from video games. You can immerse yourself and gain confidence.”

Thinking about what kinds of characters they would like to see more of in games, Young highlights the Blazkowicz sisters and said she’s interested in characters “who aren’t badass from the start.” Lohman agrees. “I like playing someone who’s originally underestimated and has to prove their salt,” she says. “I’m all about playing someone who has something to say,” Hope says, adding that she enjoys sinking her teeth into characters who are making a change or inspiring others to find connection in their lives.

Looking ahead to the future of storytelling, the crossover between games and film and television, in the form of “choose your own adventure” projects, are going to have staying power, according to these actors. “Some people do like to go into an experience and lose themselves and not think, but then there’s the ones who feel invigorated by making a move and making a change,” Hope says. Young adds that she is a fan of the recent Black Mirror offering Bandersnatch. Lohman has been going on auditions for “virtual reality, live action” projects where the audience plays a role in the outcome of the story. “It’s all storytelling when it comes down to it,” Young says, leaving the window wide open for new narrative styles to make their mark.

Remembering the childhood wonder of video games, that still exists in full force now, Hope says, “That was my favorite part, being able to lose myself in a world where anything is possible … but you must save Peach.”