Patty Jenkins, director of next year’s Wonder Woman 1984, took to Twitter Thursday morning to seemingly confirm previous teases that Pedro Pascal’s character in the movie will, indeed, be businessman Maxwell Lord, likely delighting comic book fans across the internet. For everyone else, there’s the simple question, “Who is Maxwell Lord?” Unexpectedly, the answer isn’t quite as simple as it might seem.

Lord debuted in 1987’s Justice League No. 1, the creation of Keith Giffen, J.M. DeMatteis and Kevin Maguire. Across the first year of the fan-favorite series, Lord was portrayed as a sleazy, if charming, businessman with a secret who was working to assemble a new Justice League together for mysterious ends; at the end of that year, the series offers a dual revelation: Lord has been manipulated by a villainous artificial intelligence to this point, but he’s — at heart — a good guy who actually believes in what the League stands for. He turns on the A.I despite the danger to himself, and is accepted into the League after the Martian Manhunter reads his mind and discovers no true malicious intent. This last point is, in the long run, important.

In the years following his introduction, Lord would prove to be one of the central figures in Justice League mythology, as, essentially, the manager of the team. He’s the one who pushed for the group to align itself with the United Nations, transforming it from the Justice League of America to “Justice League International,” and the character who acted as the human voice of reason as the property transformed into a successful sit-com with occasional moments of superhuman melodrama. When the character is the victim of an assassination attempt, the team falls apart — via a 16-issue story aptly called “Breakdowns” — to underscore just how important he’s become. He may just have been a super-yuppie with ambitions of greater things, but Maxwell Lord was one of the good guys. 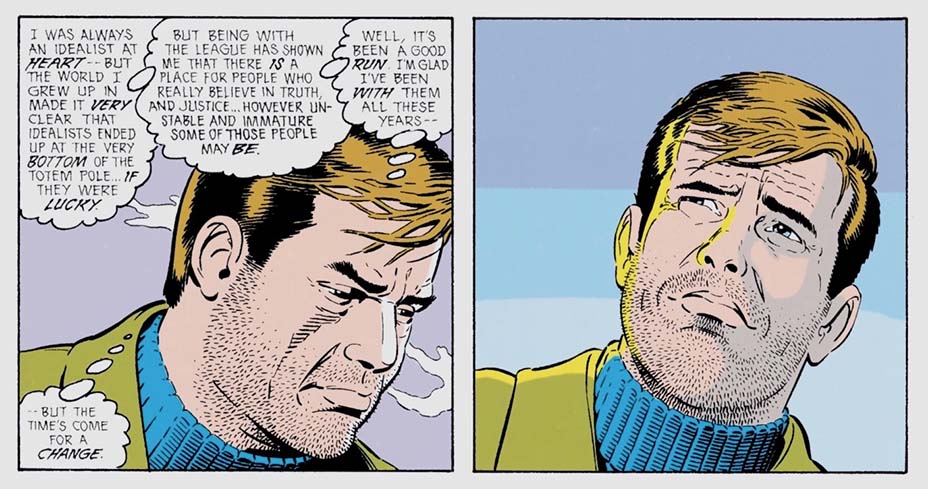 He was, as it happened, literally a super-yuppie; it’s revealed at one point that he actually has the superpower of “nudging” people into action via a low-level telepathic ability that, of course he takes pains not to abuse, underscoring once again that — despite his yuppie failings — Max is a good guy.

That lasted until 2005, when Lord went through one of the more abrupt character rewrites in superhero comics — a field filled with unlikely and unconvincing retcons and rewrites. At the end of Countdown to Infinite Crisis No. 1, a much-hyped special issue setting up the then-future of the comic book DC Universe, Max Lord is revealed to be a master villain who has been subverting a spy organization in an attempt to “save” the world from superheroes, a revelation punctuated by Lord shooting one of his best friends from the Justice League days in the head in order to keep his villainous intent secret.

So much for the many stories in the past where Lord being a good guy was the entire point. (Maxwell Lord co-creator DeMatteis tweeted that he was upset at the character turn, noting, “it didn’t fit our vision of the character,” although he added that “we’re all playing in the same sandbox and twisting and turning each other’s characters … If you really love our version of Max, he’s still out there in our stories, which you can read any time.”) 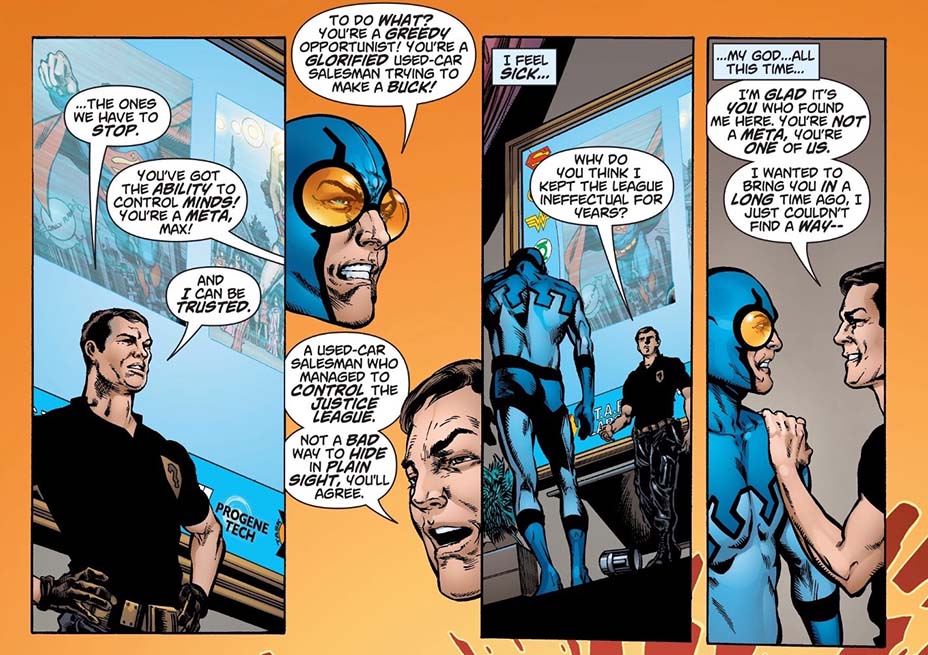 From 2005 onward, Lord was a villain, with his telepathic ability ramped up to the point where he could mind control Superman into attacking allies by convincing him that his allies were, in fact, his most deadly enemies. To end his threat, Wonder Woman kills him, an event that is televised internationally due to Lord’s machinations, further harming humanity’s faith in superheroes. Years later, Lord was resurrected and, again, his telepathic abilities were amplified so that he managed to literally make the world forget he existed, so that he could carry on his nefarious plans in secret. He would again in 2016 as the main villain of the Justice League vs. Suicide Squad comic book miniseries.

The retcon that Lord is a bad guy was so successful that it’s stuck with the character outside of comics; he’s shown up in the animated Justice League Unlimited series, as well as Smallville and Supergirl, in each case as an antagonist out for his own aims. The more moral, if occasionally jerk-like, Lord of the 1980s and ‘90s has, it seems, been left in the past.

Which incarnation of Maxwell Lord is going to show up in Wonder Woman 1984? Common sense would assume it’s the villainous version — not only has that been the primary Lord over the past decade-plus, it’s also the one that has the most concrete connection with Wonder Woman herself. Yet it’s not impossible that Jenkins is purposefully playing with expectations; her tweet uses an image of the character from the Justice League International series, before he’d turned evil, and the 1980s was when the character was a genuine friend to superheroes around the world.

Could it be possible than Max will turn out to be more trustworthy to Gal Gadot’s Wonder Woman than people expect by the time the movie’s over? Audiences will find out next summer, with Wonder Woman 1984 set for release June 5, 2020.