For most people, the news that Kristen Wiig would be playing the Cheetah in the second Wonder Woman movie likely elicited a combination of excitement over the comedic star’s involvement and confusion over just who the Cheetah is. The short answer: Depending on who you’re talking about, she’s arguably Wonder Woman’s most intimate enemy.

There are, in fact, four separate Cheetahs in Wonder Woman’s comics mythology, spanning from 1943’s Wonder Woman No. 6 to the current day. The first two — Priscilla Rich and Deborah Domaine — offer a certain level of camp thrill but little else, while the fourth was a short-lived attempt to revamp the character and play with gender roles inside the wider mythology of the Wonder Woman franchise; his name — yes, his — was, marvelously, “Sebastian Ballesteros,” but he didn’t really stick around long enough to have much of an impact on anything.

Instead, the primary Cheetah for most comic book fans is the third, Barbara Ann Minerva, introduced in 1987’s Wonder Woman (Vol. 2) No. 7 by George Perez and Len Wein. Unlike previous incarnations of the character, Minerva was more than simply a woman in a cat costume; she was, thanks to a magical curse, a literal cat woman: an archaeologist who surrendered to an African deity called Urzkartaga and was reborn as a mix of feline and human. That came with obvious pluses — Minerva gained superhuman strength and speed — but also with a considerable drawback: the animal side of her repeatedly overpowering and slowly overwriting Minverva’s rational mind. 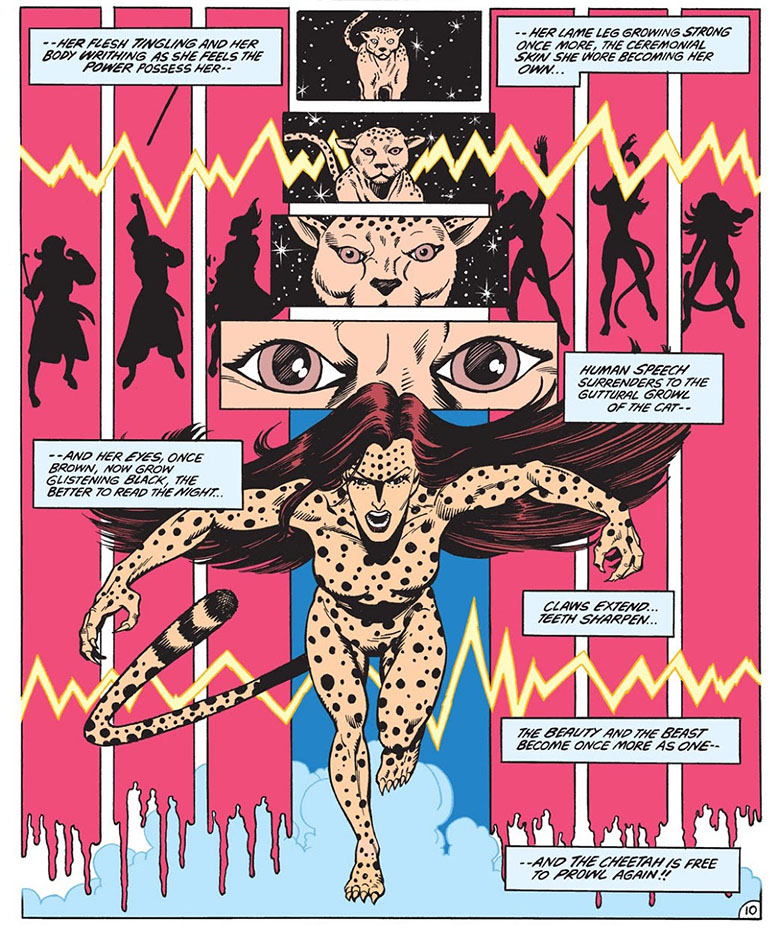 In the current version of comic book mythology, the bond between Minerva and Wonder Woman was significantly strengthened when, prior to her transformation into the Cheetah, she helped Wonder Woman become part of modern society thanks to her study of ancient cultures, which gave her a unique insight into how the Amazons operated. (That she could approximate a version of the language the Amazons spoke helped considerably, of course.) In this version of events, written by Greg Rucka and illustrated by Bilquis Every, it was actually Wonder Woman herself who inspired Minerva’s interest in the divine, which directly led to the latter’s discovery of Urzkartaga and becoming the Cheetah — a transformation that Minerva blames Wonder Woman for, and considers a betrayal of their friendship. 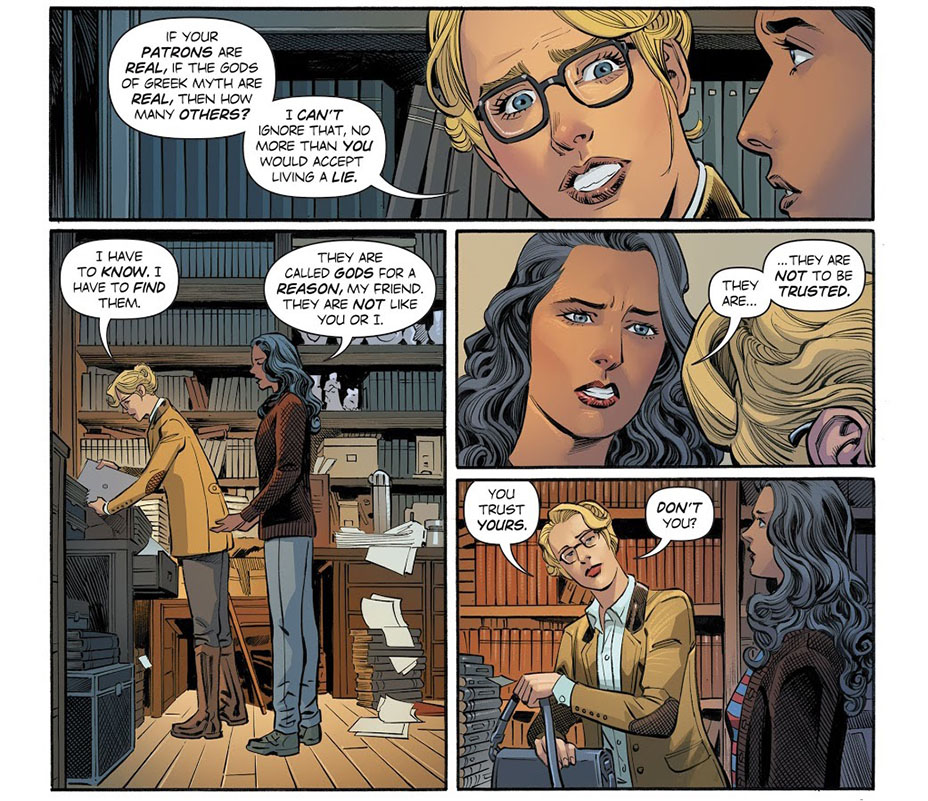 While the 1980s setting of the second Wonder Woman movie would preclude the cinematic Minerva from fulfilling exactly the same role as her comic book counterpart — this Wonder Woman will have already been in the world for six decades or so by then, after all — the retro setting does offer the space for Wiig’s version of the character to have been some kind of guide to Diana’s entry into the real world before the two turn against each other, and also allows the Cheetah some time to evolve (or, more properly, devolve) into a more savage cat persona before any future reappearance in a contemporary setting, whether a Justice League 2 or even Wonder Woman 3 movie.

(Additionally, there’s something strangely fitting about Minerva’s pre-villainy career being an archaeologist in a movie set during the period where the Indiana Jones movies made such a job cool again, but that might be a step too meta for all involved.)

Using the Cheetah as the villain of the next Wonder Woman movie opens a number of interesting doors for the story, and for Wonder Woman as a character. Not only will it see her face off against a woman this time around, but depending on the backstory chosen, it might also allow Wonder Woman to come face to face with a former friend who could, in theory, be rescued from her tragic fate — something that Wonder Woman was unable to do when it came to Steve Trevor in the first movie.

On the other hand, it’s always possible director Patty Jenkins will look to the original version of the character for inspiration, but does anyone really want to see Wiig play a debutante who has a nervous breakdown and decides to become a criminal wearing a costume made from a nearby cheetah-skin rug…? (Well, when I put it like that…)