Director Patty Jenkins and star Gal Gadot were on hand for Wonder Woman‘s world premiere, held at The Pantages Theatre.

The premiere comes days after Justice League director Zack Snyder shared publicly for the first time that his family is mourning the loss of his daughter Autumn Snyder, who died by suicide in March. Snyder, who worked on the story for Wonder Woman, is stepping away from Justice League to focus on his family, with Joss Whedon stepping in to complete handle post and the filming of a few additional scenes. Zack Snyder’s wife, producer Deborah Snyder, is also stepping away from the project.

“It touches my heart. It’s been difficult, all of us knowing this news for a long time and knowing that the world didn’t,” Jenkins said of the outpouring of support Snyder and his family have received. “Zack is one of the nicest people you will ever meet in your life. I want the world to wrap their arms around him and embrace him, he and Debbie.”

Producer Charles Roven also said his thoughts were with Snyder and his family. “He’s a great guy,” Roven said. “The events were very sad and obviously we all understand the choice he needed to make. It was great that the response from the fans was very warm.”

Gadot said she has not spoken with Whedon about him taking of duties on Justice League, but when asked about Whedon and Justice League‘s schedule, Roven was optimistic. “It’s going to be soon, we’re trying to do everything that we can to stay on the schedule that we were going to do with Zack. We’re still believing we can meet our release date.”

A few other superheroes were on hand for the screening, including original TV Wonder Woman Lynda Carter, who struck a heroic pose for the cameras and received perhaps the loudest applause of the night from fans. Ray Fisher, who plays Cyborg alongside Gadot in Justice League, was also there to show his support (wearing a blazer and Wonder Woman shirt). Stars of The CW’s DC superhero shows — including Danielle Panabaker and Caity Lotz — also came to enjoy the female-centric blockbuster. 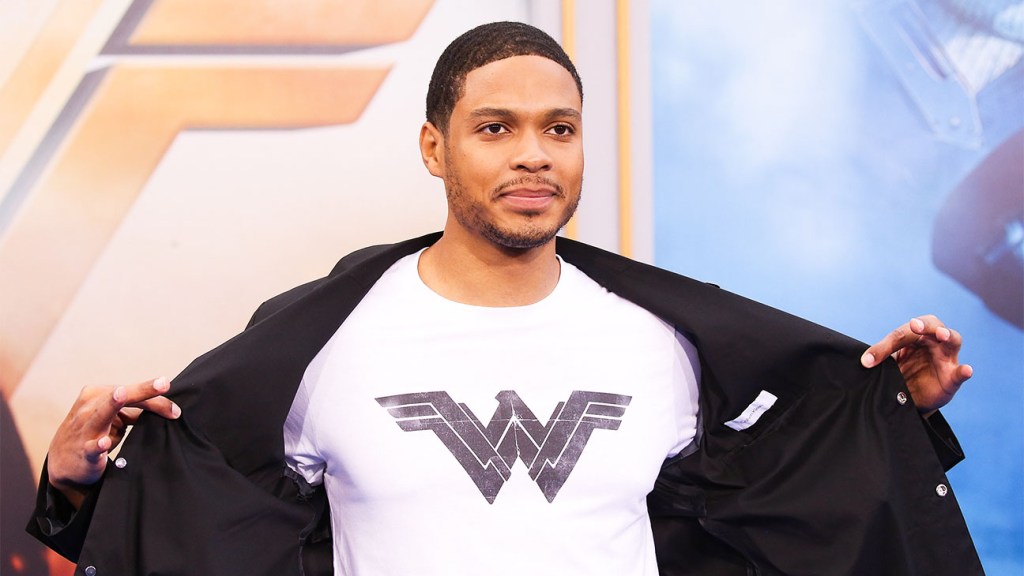 Lots of fans Pining at #wonderwoman premiere, being held at the Pantages Theatre in Hollywood. pic.twitter.com/28PN8wRrvD

Warner Bros. canceled a planned London premiere for Wonder Woman, originally scheduled for next week, in light of Monday’s terrorist attack at an Ariana Grande concert at the Manchester Arena in England. Jenkins, Gadot and Chris Pine took the stage to speak ahead of the screening, where the director acknowledged the victims of the attack.

“I want to dedicate it to so many people who are hurt tonight, because love wasn’t able to reach them in Manchester,” said Jenkins. “I just want to say our hearts are all there for them, and honestly, we’re celebrating a movie tonight, but it’s also why we do what we do. We want to teach a better way, and to be a hero, and there’s no one like Wonder Woman to do it.”

Gal Gadot wades into the sea of photographers at the Hollywood premiere of #wonderwoman pic.twitter.com/e9iXz2P6R7