There’s a lot of talk about Wonder Woman right now, and for good reason. It’s a milestone moment for Hollywood and an undeniable commercial and critical hit.

But for all the recent discussion of how Wonder Woman fits into history — the history of the character, of superhero movies, of female-helmed big-budget projects — how the film itself handles history has attracted surprisingly little commentary, even though there are interesting comments to be made there and questions to be asked. While the basic premise of Wonder Woman comes from the original version of Diana’s origin story in the comics — Steve Trevor’s plane crash-lands by the Amazon’s hidden island paradise; she saves him and ultimately joins him when he returns to the outside world — it shifts the action from World War II to World War I.

Speaking of this choice, screenwriter Allan Heinberg said in an Entertainment Weekly interview that he liked certain parallels that could be made to the present day: “We are in a very WWI world today with nationalism and how it would take very little to start a global conflict.” Director Patty Jenkins expressed a similar view in the same story: “World War I is the first time that civilization as we know it was finding its roots, but it’s not something that we really know the history of. Even the way that it was unclear who was in the right of WWI is a really interesting parallel to this time. Then you take a god with a moral compass and a moral belief system, and you drop them into this world, there are questions about women’s rights, about a mechanized war where you don’t see who you are killing. It’s such a cool time.”

There are many reasons why it makes a lot of sense to give Wonder Woman a World War I origin story. As the first global-scale war with automated weaponry, it undoubtedly felt like not just the “war to end all wars,” but pretty much the end of the world for those involved, and the timing also allows for a nod to the women’s suffrage movement. That said, one of the reasons why WWI makes only the occasional cinematic appearance in comparison to World War II’s more-or-less constant presence is its aforementioned complexities. Of course all wars are complex, but WWI is the sort that defies simplification into a good versus evil narrative; generally speaking, the Great War shows up in movies where the punchline is, “In war everybody loses, period,” which is great for 1930’s All Quiet on the Western Front, but doesn’t lend itself well to relatively light-hearted summer superhero entertainment.

However, instead of attacking this challenge head-on, Wonder Woman handles it by telling the audience one thing and showing them another. Though Steve Trevor (Chris Pine) spends the better part of the film attempting to convince Diana (Gal Gadot) that the war is much more complicated than she thinks, the film itself never really challenges Steve’s statement to Diana on the shore of Themyscira: “I’m one of the good guys, and those are the bad guys [the Germans].” 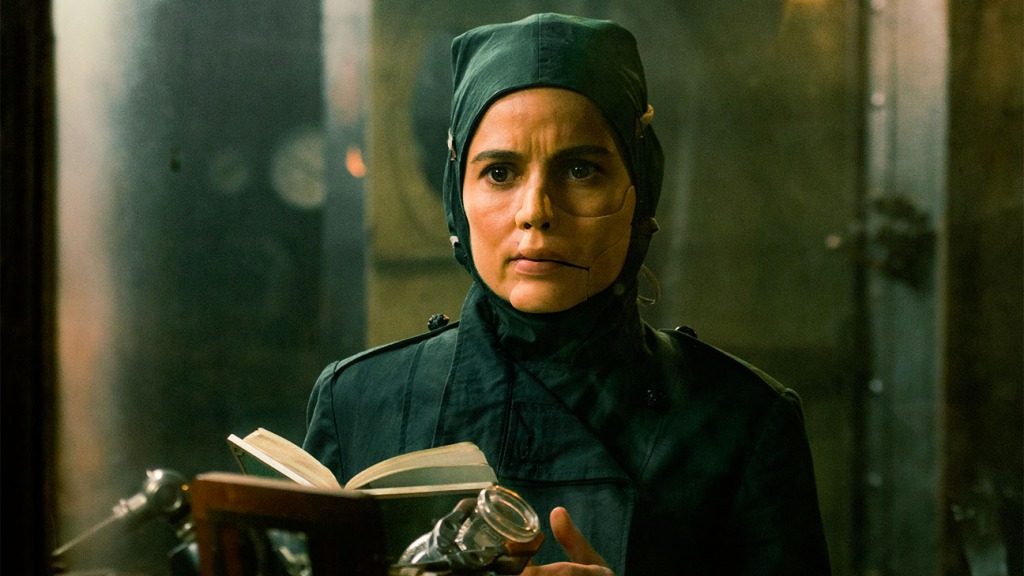 Both WWI and WWII had the Allied Powers (with some different additions and losses of countries involved) facing off against the Germans, but in WWI the Germans were not Nazis, which Wonder Woman seems to forget at times. For all the fuss it makes over the chemical weapons Doctor Poison (Elena Anaya) develops under General Ludendorff (Danny Huston), it ignores the elephant in the room: Both sides were equally guilty of utilizing chemical weapons with an awareness that said weapons would result in civilian as well as enemy casualties (not to mention that the use of poison weapons was already considered a war crime following the Hague Conventions of 1899 and 1907). Steve’s idea that handing over the formulas in Doctor Poison’s notebook to his superiors (as opposed to, you know, destroying them) would somehow help stop the Germans and not inspire the Allies to develop these weapons themselves is, at the very least, an incredibly naive attitude for a supposedly worldly, experience-hardened military man. While it makes perfect sense that Steve wouldn’t detail the Allies’ use of chemical weaponry to Diana — it’s hard to imagine either “they did it first” or “all’s fair in love and war” going over all that well with her — it’s a bombshell that the film sits on but never deploys, even when it might have been in its own best interest.

Overall Gadot’s Wonder Woman is a delightful burst of energy — endearingly earnest, undeniably kick-ass and equally likely to get heart eyes looking at a sword or to turn to mush over a cute baby. However, the one point at which her righteous rhetoric toes the line of irritatingly preachy and pedantic is when she turns on Steve after he stops her from publicly assassinating General Ludendorff at a party full of his colleagues, an act which would very likely ruin their chances of being able to sneak into and destroy the stores of Doctor Poison’s latest chemical weapon. When Ludendorff shortly after makes an example of Veld, the tiny village Diana and the others had just helped liberate from German control, she blames Steve and accuses him of also being under Ares’ corrupting influence, even though she will shortly learn that killing Ludendorff will not stop the spinning of any of the wheels he helped set in motion, not to mention the war as a whole.

If the film requires a falling out between Diana and Steve — something to give the relationship some tension and to add a redemptive factor to his ultimate self-sacrifice —there’s a perfect, historically relevant way of going about it: Diana realizing that, in this war, the “good guys” and “bad guys” are determined by the exact location of the trench you’re fighting in, and that’s about it; that, to some degree, this man she has grown to care for and the side he fights for have committed the same sorts of crimes as the people they are fighting against. It’s a realization that generally suits a WWI setting much more than a WWII setting. 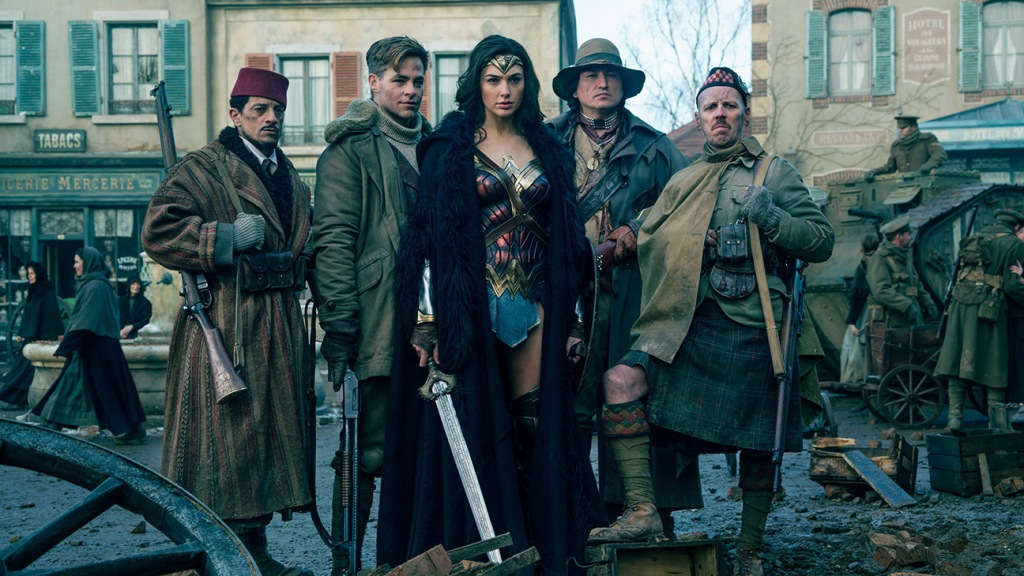 In switching from WWII to WWI, however, there are really two potential motivations: either a desire to set the film in WWI, or to not have the film set in WWII, and at least at some points in Wonder Woman the latter motive seems more prominent. In dealing with WWII, a superhero origin story film would have to be extremely wary of stepping too close to the path already tread by Marvel’s Chris Evans starrer Captain America: The First Avenger. Even with the WWI setting, Wonder Woman shares more than a few similarities with Captain America’s first movie outing. Look at it this way — on one hand, you’ve got bright aqua-blue strength-enhancing mystery formula, either delivered intravenously or in aerosol form, and on the other you’ve got an blond-haired, blue-eyed American military man named Steve (played by another guy named Chris) sacrificing himself by flying off with a hijacked shipment of the German enemy’s super-weapons intended for deployment in a civilian population center, just to name a few of the commonalities. So maybe Steve Trevor goes up in flames instead of down in ice; the point is that if Wonder Woman had stuck with the canonical WWII timeline, it would almost assuredly have crossed the line into the territory of one parallel too many with The First Avenger.

Of course, the motivation for pushing back Wonder Woman’s origin story timeline was probably a mix of wanting to maintain a safe distance from Captain America and thinking that WWI better suited some of their narrative goals. But while Wonder Woman does do things here and there to justify the switch from the canonical comic book origin story timeline, one can still imagine that the film missed out on opportunities to do a whole lot more.

The Complex Gender Politics of the 'Wonder Woman' Movie