At New York Comic Con last year, DC publisher Dan Didio teased a new timeline for its comic book universe, promising that it would reintroduce “aspects of our history into [our central universe], from the Justice Society all the way into the future of the Legion of Super-Heroes.” The tease energized fans, but left them with one big question: when were they going to find out more?

The answer is: right now.

This week sees the release of Wonder Woman No. 750, an extra-length anniversary issue featuring work by a number of creators, including Steve Orlando, Gail Simone, Greg Rucka, Nicola Scott, Mariko Tamaki, Elena Casagrande and many more — including Scott Snyder and Bryan Hitch, whose “A Brave New World” is previewed below, courtesy of DC.

Wonder Woman No. 750 is an important issue for DC for a number of reasons, not least of which is it’s the first in a number of issues the publisher will be releasing this year restoring the issue numbering as if each issue of the title had run without interruption, emphasizing the longevity and continuity of the iconic character. The previous issue was Wonder Woman Vol. 5, No. 83, but the 749th issue of a Wonder Woman comic; subsequent issues of the series will be Nos. 751, 752 and so on. (Next month, The Flash follows suit, with its own 750th issue.)

Perhaps more important, “A Brave New World” hints at a new beginning for the DC universe, and the new DC Timeline as teased at New York Comic Con. The story reveals Diana’s debut in “Man’s World” — in 1939, ahead of the U.S. entering the Second World War — and teases the impact that she had as the first superhero in DC’s mythology, including a cameo by a railroad engineer with a very special ring…. 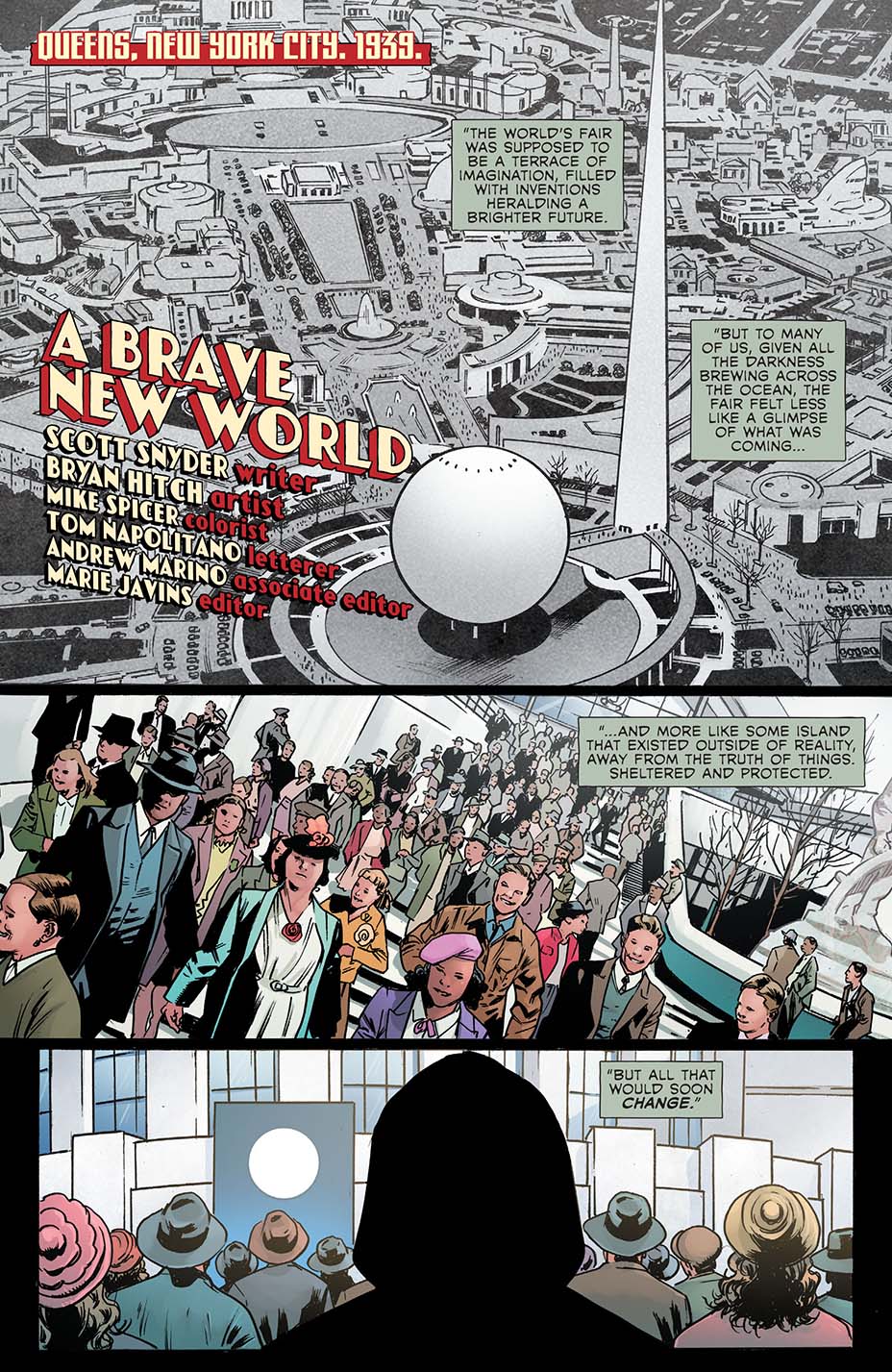 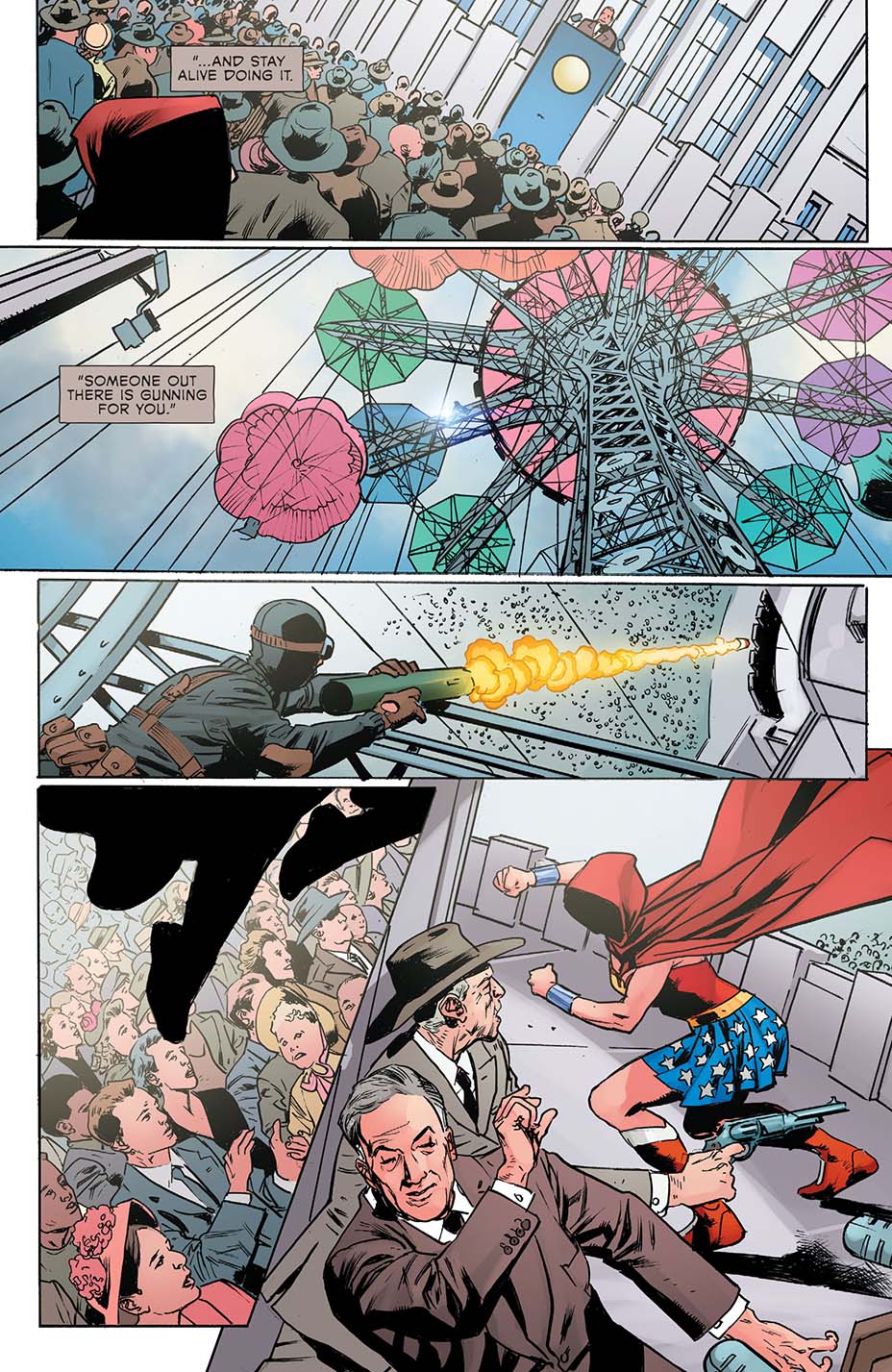 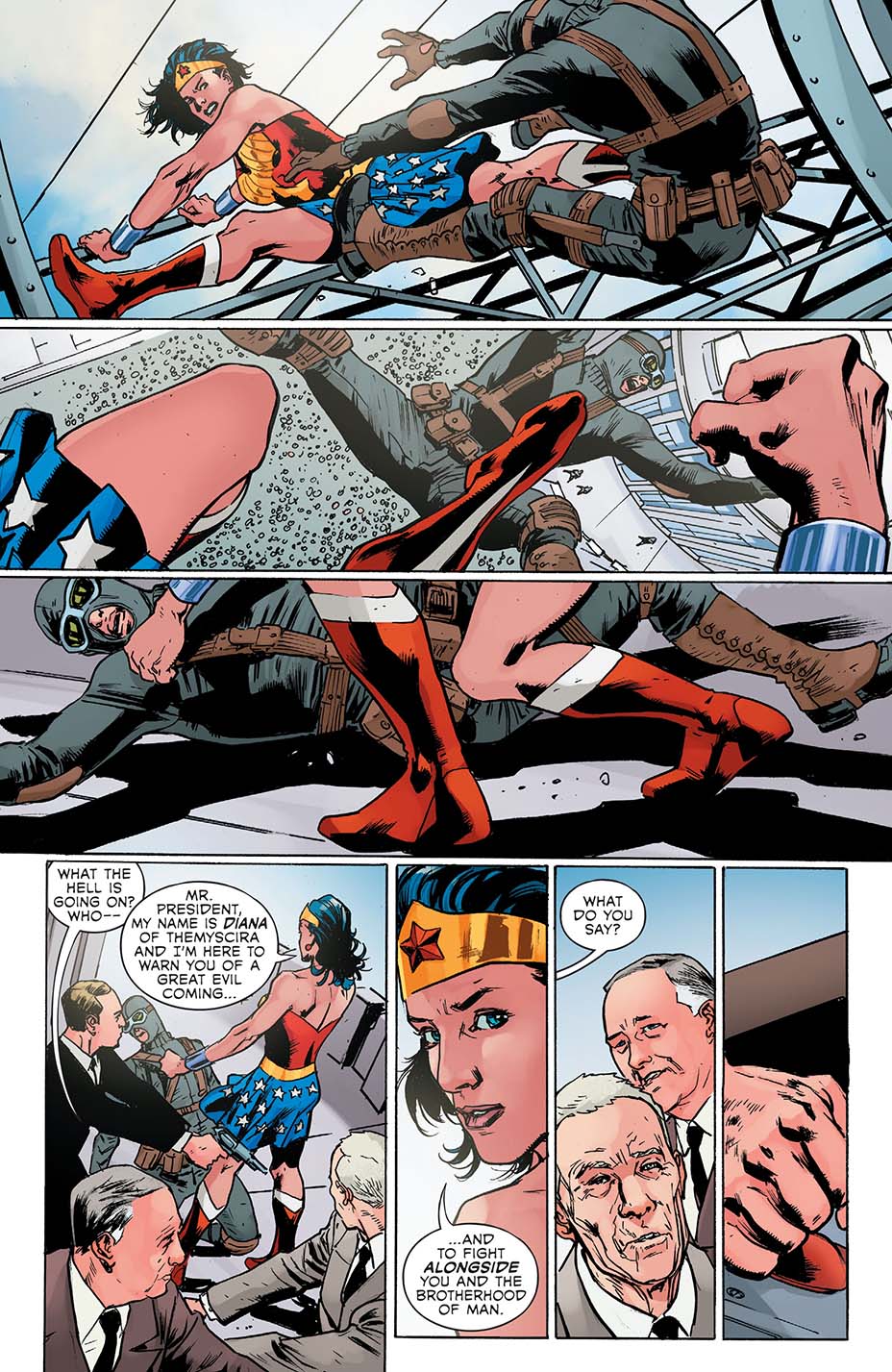 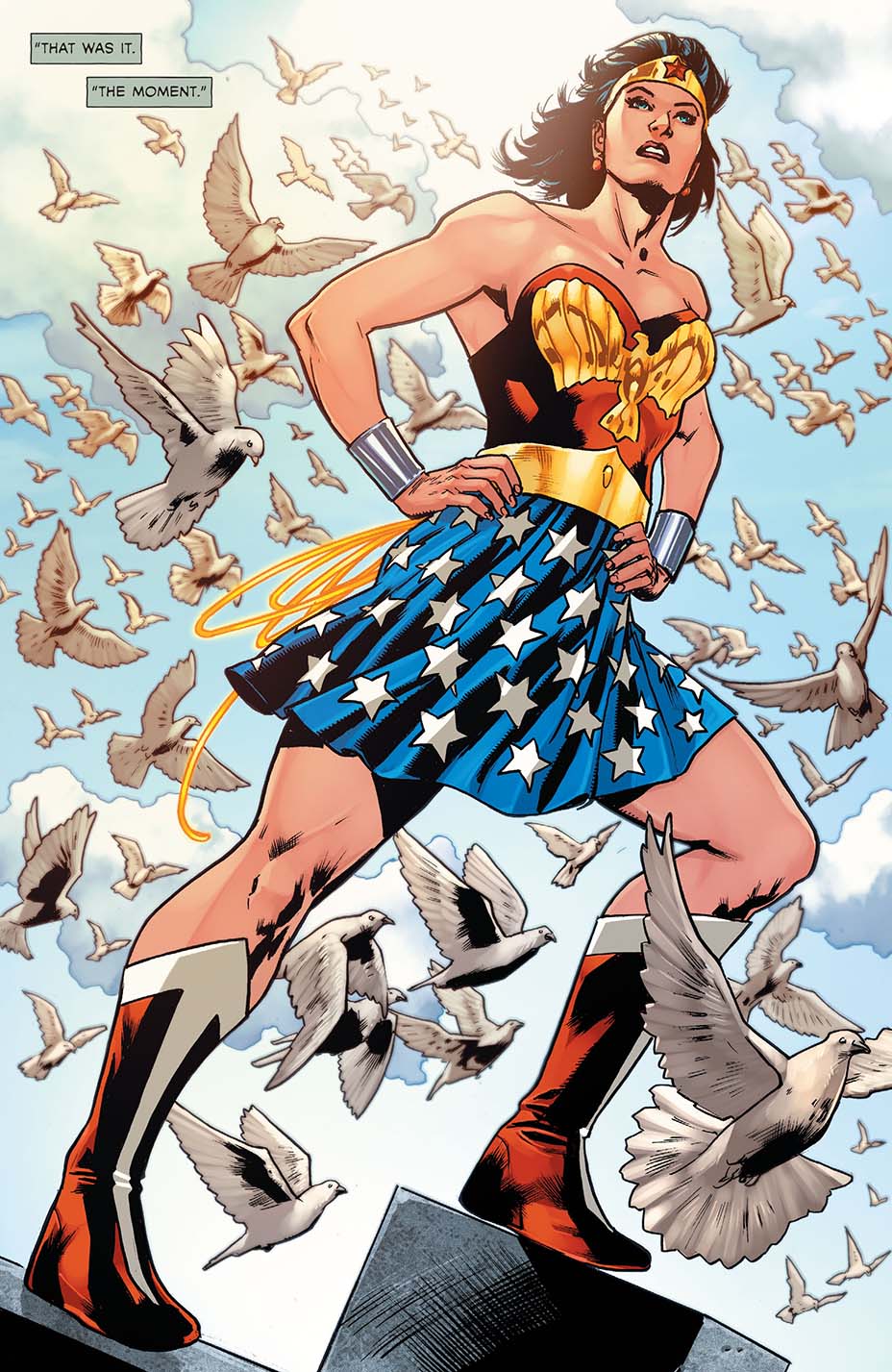 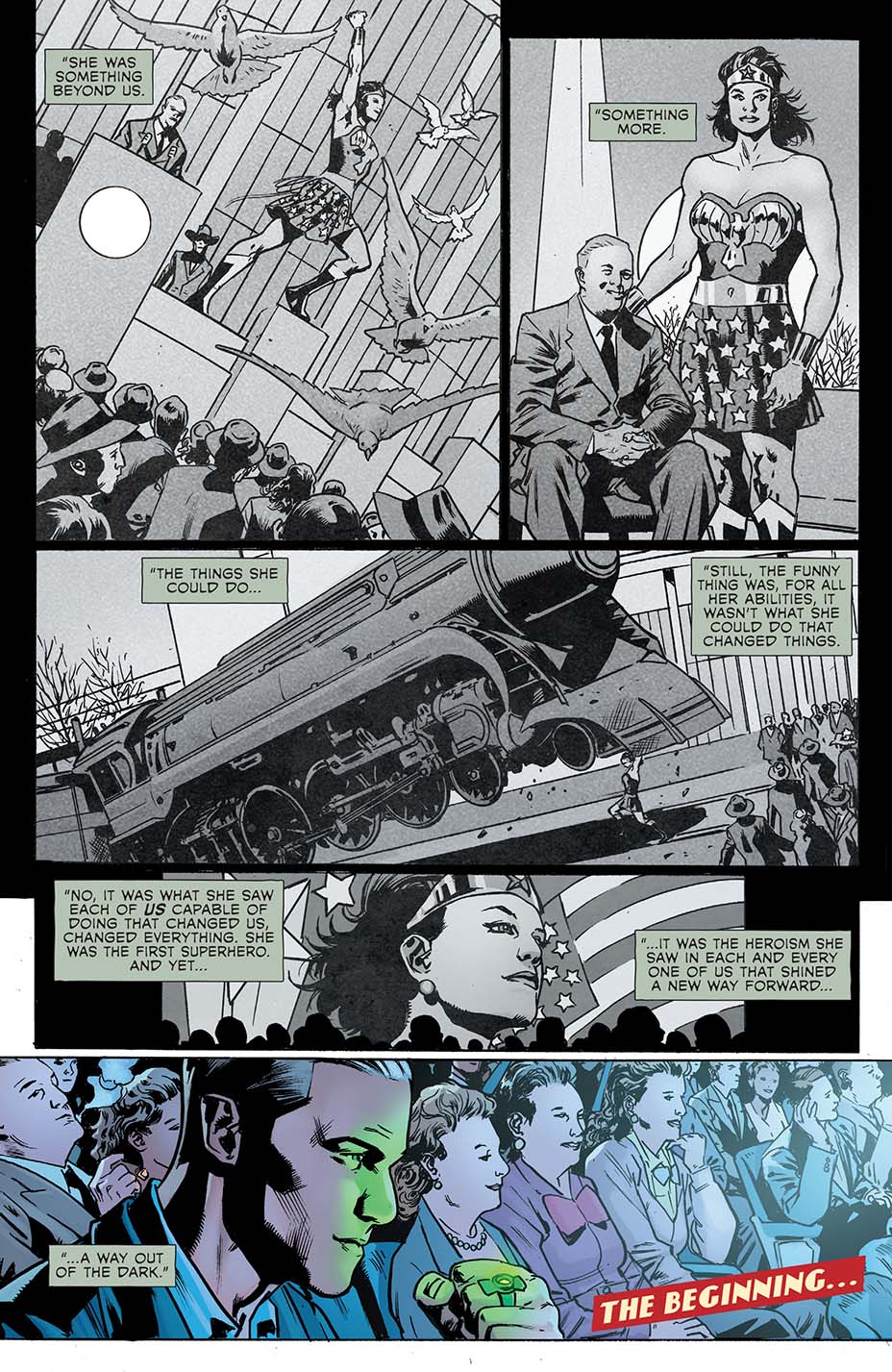 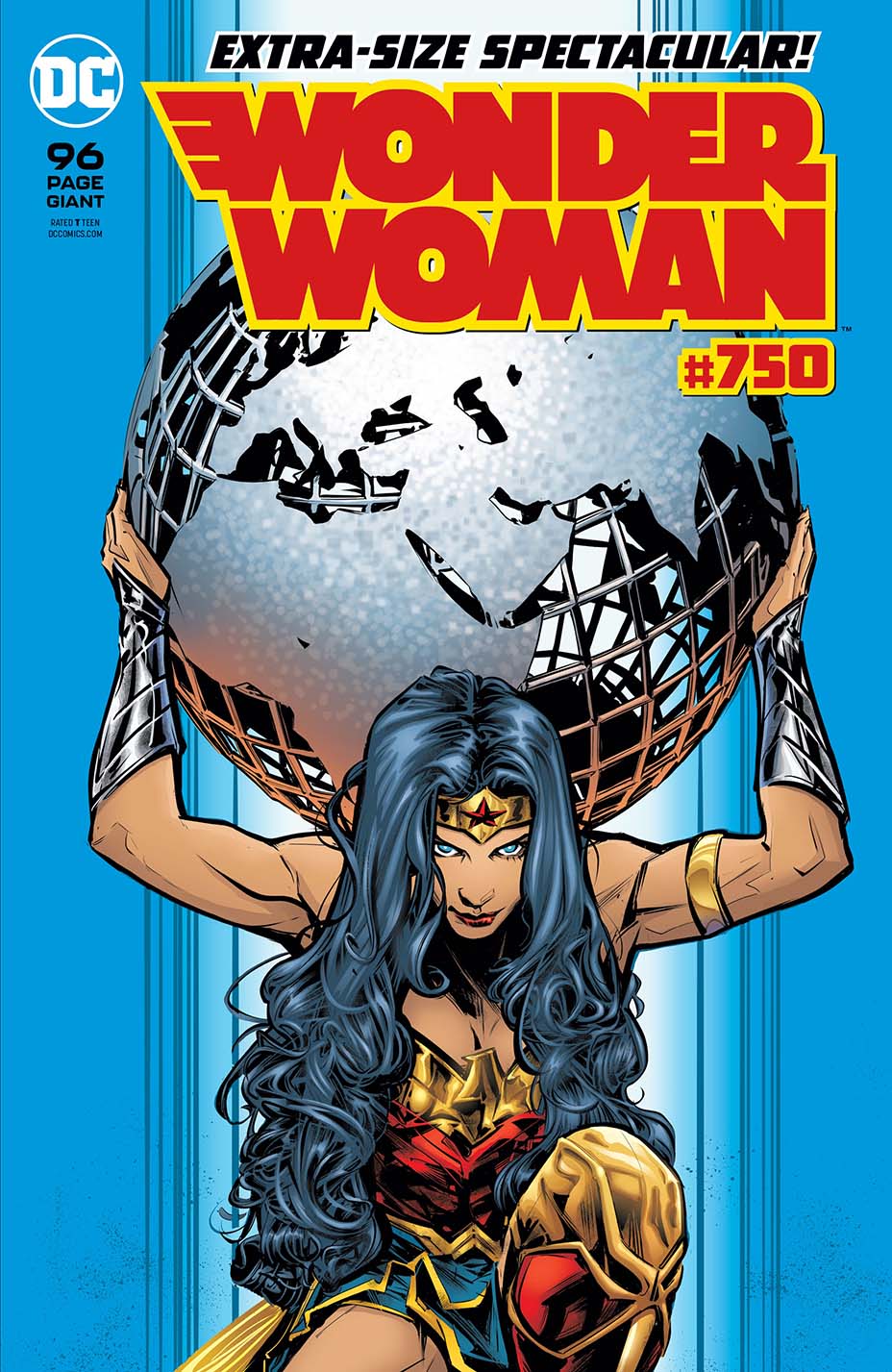 The full version of “A Brave New World” is just one of nine stories in Wonder Woman No. 750, which celebrates all incarnations of the character. (DC Bombshells fans in particular: there’s specific reason to check out the issue.) The issue will be released Jan. 22 digitally and in comic book stores.