As the theme song for the iconic 1970s Wonder Woman television show said about the most iconic female superhero, “All the world is waiting for you and the power you possess.”

The lead-up to the film has held the same sort of anticipation. So many people have been waiting to see what would happen when Wonder Woman finally came out — their hopes pinned on the goddess born Diana of Themyscira.

The overwhelmingly positive response is a win for the DC Extended Universe and also for a superhero whose journey to the screen has taken decades. It’s also a win for fans.

So, how did Wonder Woman do it?

It goes toward the light.

While DC movies have been criticized for being too dark, Wonder Woman wears its heart on its sleeve. It is unapologetically earnest. In a time where so many people feel cynical, afraid and angry, Wonder Woman is steadfastly committed to the idea that people are good and love is what really matters. It’s refreshing.

Unlike any other hero in the DCEU, Gal Gadot’s Diana is 100 percent free of guile. She’s honest, she’s innocent, she’s fearless, and she loves with her whole heart. She’s also seductive, charming, funny and genuinely badass.

Jenkins gave a wonderful answer in a recent interview that reveals a sensibility that pervades the movie.

“Cheesy is one of the words banned in my world,” Jenkins told The New York Times. “I’m tired of sincerity being something we have to be afraid of doing. It’s been like that for 20 years, that the entertainment and art world has shied away from sincerity, real sincerity, because they feel they have to wink at the audience because that’s what the kids like. We have to do the real stories now. The world is in crisis.”

Gadot balances the toughness, savvy and confidence of a warrior with the childlike confusion of someone who’s never known a world filled with hatred, hunger, greed, selfishness, even death. Until the real world literally lands on Themyscira’s shores in the form of Steve Trevor (Chris Pine) and the German soldiers pursuing him, Diana’s biggest difference of opinion is about whether or not her mother, Queen Hippolyta (Connie Nielsen), will allow her to train to become a warrior like her sister Amazons. To go from that to the devastating reality of World War I requires an actress who can just as easily embody childlike glee and unfathomable sadness — as she does in the moment late in the movie when she realizes everything she’s believed about Ares was wrong, or when she suffers a shattering loss in the film’s final minutes. 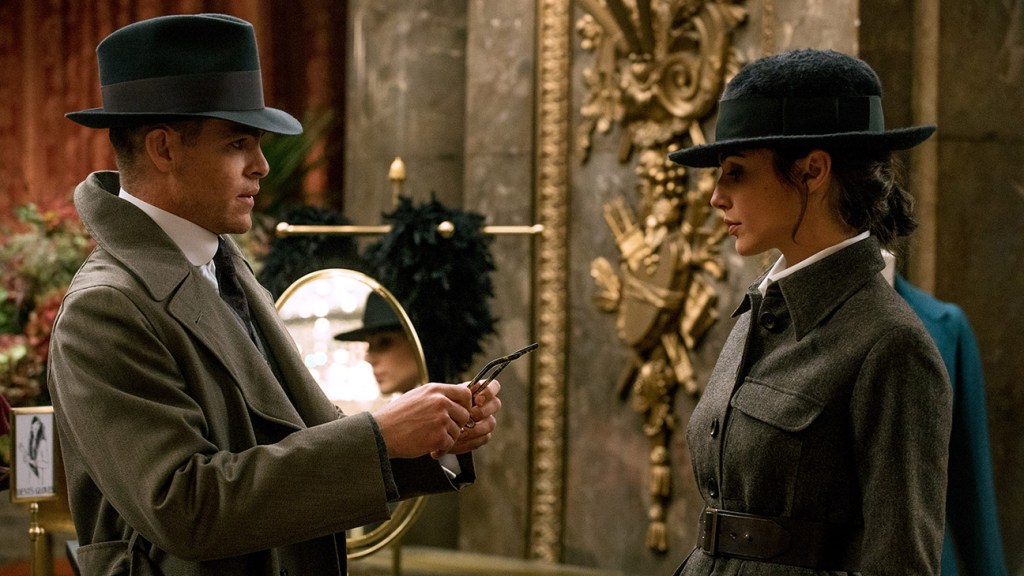 The movie is surprisingly funny — and portrays sexuality differently than other superhero movies.

The DCEU films haven’t been known for their humor. And Marvel Studios movies include plenty of laughs, but also have a snarkier sensibility than Wonder Woman. As much as everyone loves Tony Stark or Rocket Raccoon, Wonder Woman‘s comedy succeeds in a totally different way, with Steve acting as a fish out of water in Themyscira, and Diana becoming a fish out of water in the world of man.

Wonder Woman also stands apart when it comes to sex and sexuality by playing with all sorts of tropes whether it be nudity or an invitation to sleep together. Director Patty Jenkins is more than happy to flip the script more than once on who’s supposed to do what to whom and when. Not only does Jenkins have Steve Trevor conversing with Diana while he’s naked as the day he was born, but she caters to the female gaze and makes Steve the only one who seems to be uncomfortable with the situation. Extra kudos to Pine, who not only lets it all hang out (with a carefully placed hand) but who instinctively knows the role reversal is funnier the more uncomfortable he is. By the same token, when they do discuss sex on their boat ride to London, it’s a fairly frank discussion and it’s Diana who initiates their first sexual encounter with an agency that needs only a smile and a slow incline of her head.

Above all, what truly stands out about Wonder Woman is its ability to show love in all its forms. Whether it’s the love between Queen Hippolyta and her daughter Diana, the sisterhood and same-sex relationships of the women of Themyscira, the bond between sisters Antiope (Robin Wright) and Hippolyta, the camaraderie between Steve, Sameer (Said Taghmaoui), Charlie (Ewen Bremner), and the Chief (Eugene Brave Rock), the platonic and romantic love between Steve and Diana, the willingness to sacrifice for the greater good, love of country, or an overall love for humanity, the film embraces and embodies love.

It’s that love and the commitment to expressing it that sets Wonder Woman apart.

My Grandmother Was the Real-Life Wonder Woman (Guest Column)