Everyone was wearing masks when fans gathered at a Duncanville, Texas, comic book shop to meet Marvel legend Roy Thomas on June 13. But unlike most signings, these fans weren’t dressed up like Wolverine, Captain Marvel‘s Carol Danvers or one of the other characters Thomas co-created; they were clad in COVID-19 masks.

“They’d slide the comics over to me for signing, and I’d sign them and slide them back,” Thomas tells The Hollywood Reporter.

When around 200 fans pre-purchased tickets for the signing, they were given staggered times to show up to prevent overcrowding. Hand sanitizers were aplenty. Only a small number of people were allowed inside the room with Thomas at the same time, while social distancing — and masks — were more or less enforced, though not everyone wore masks at all times.

“A couple of people said they regretted they couldn’t shake my hand, but they understood,” says Thomas, who took only a couple of photos with people, another change from the norm.

The signing at Duncanville Bookstore, 12 miles outside of Dallas, came as the comic book industry seeks a return to normalcy amid the coronavirus pandemic, which has shut down stores, canceled conventions and delayed print publishing for months. Now, stores around the country are cautiously reopening and publishers such as DC are putting out high-profile comics once again.

Yet conventions are on pause, and even small events like this signing are few and far between as COVID-19 cases continue to rise in some parts of the country. The day the signing took place, Dallas County, where Duncanville resides, reported 345 new coronavirus cases, bringing the total to 13,930, including 283 deaths.

Thomas, known for being Stan Lee’s right hand man and succeeding him as Marvel’s second editor in chief, is believed to be the highest profile comics industry figure to have staged a public signing amid the pandemic.

“Sure, I’m 79 years old, but I’m pretty healthy,” Thomas says when asked if he was concerned about the health risks. “It was worth the slight risk to me. I was being well paid for flying out to Dallas from South Carolina and back for a four- or five-hour signing.”

John Cimino, Thomas’ longtime manager, attended the signing and says of the hundreds of events he’s been to, this one felt special thanks to the pent-up demand.

“Roy wants to bring morale back. He wants to show we can still do this,” says Cimino. “We’ll take our precautions, we’ll do what we need to do. We’re not going to let this beat us. We’re going to bring the comic industry back.” 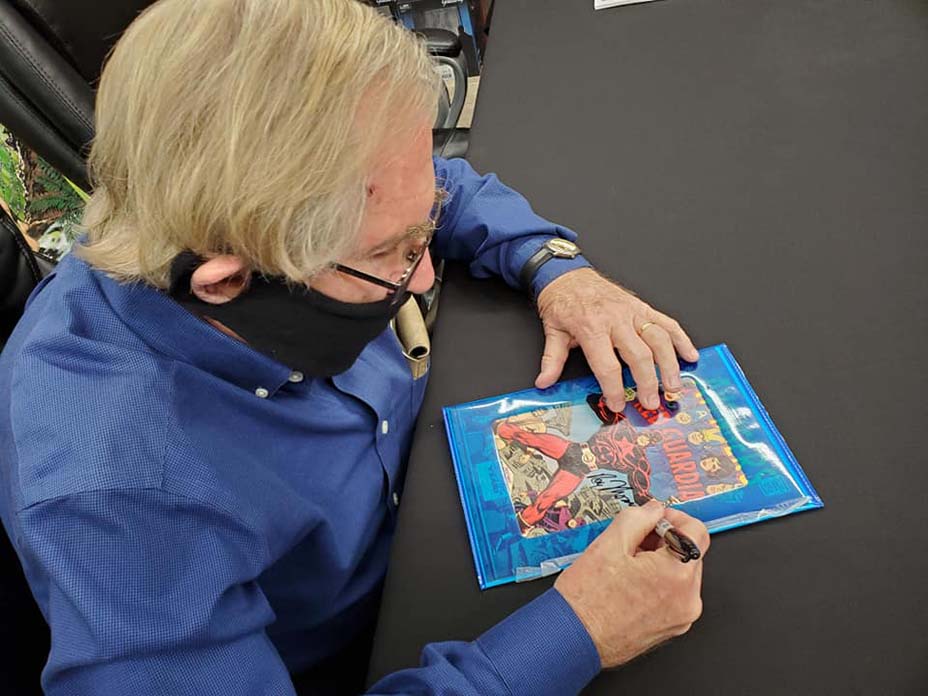 Cimino and other managers who book clients on the convention circuit tell THR that they have several appearances in the works, but everything is up in the air as most events are taking a wait and see approach before officially booking talent. One manager tells THR that some of his clients won’t feel comfortable going to public events until there is a vaccine for the coronavirus, while other clients — in need of cash after having incomes cut amid the shutdown or just feeling stir crazy — may decide to take the calculated risk and do an event. In the meantime, Thomas and other talent have also opted for signing items from home, with conventions sending creators items to sign for a fee. Certified Guarantee Company (CGC), the prominent grading and slabbing service, is organizing an extensive in-house private signing initiative with creators such as Frank Miller, Chris Claremont, Tom King, and Amanda Conner in the line-up. CGC is moving into a space that in more normal times would have been occupied by a busy summer convention season.

Thomas will remain in self-quarantine for the next few weeks following the event on his South Carolina farm, where he lives with his wife. Thomas did take off his mask for a few pictures with people he knew, but notes wryly, “I did not inhale.”

Andy McMahon, owner of Duncanville Bookstore, says in addition to following guidelines from health officials, he’d advise stores considering similar events to remember that many of their customers may have been just as hard hit as the stores economically and to make the signings more affordable than usual. It cost $15 for one signature or $100 for ten at the Thomas event.

“This signing opportunity gave people that were hesitant to venture out the push they needed to come back in to a comic book store,” says McMahon.

Thomas was touched by how many fans thanked him for braving the flight from South Carolina to be with them for an afternoon.

Says the comic book creator: “I think it meant something to them that life was getting back, just a little bit, to somewhere close to normal.” 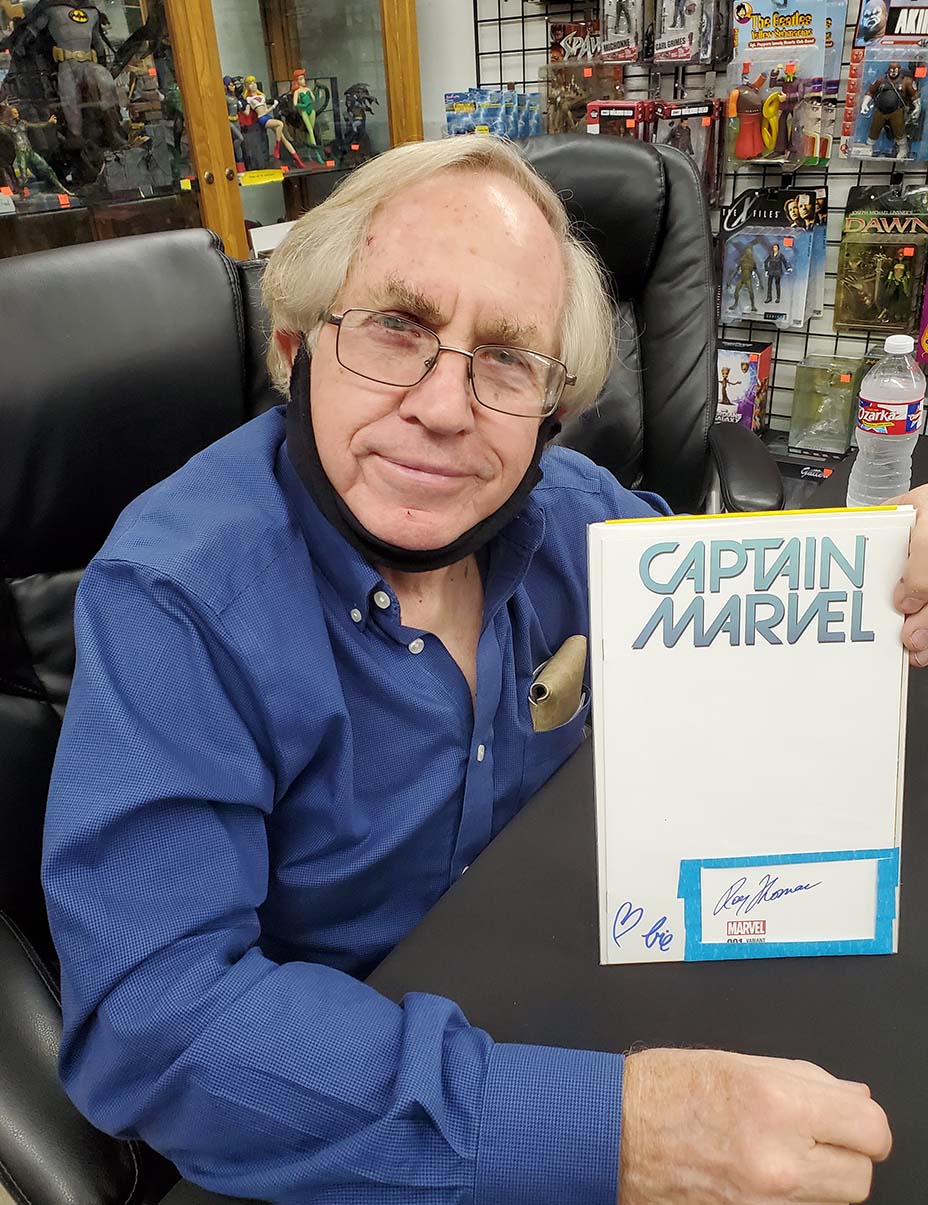