[This story contains spoilers for A Wrinkle in Time.]

Filmmakers walk a fine line when tackling a film adaptation of beloved work of fiction. If it is too much like the book, those who are unfamiliar risk being alienated, but if you stray too far from the source material, you run the risk of polarizing hardcore fans. This is especially true when you are tackling a particularly tough storyline that has been adapted (rather unsuccessfully) in the past.

With Ava DuVernay’s adaptation of Madeleine L’Engle’s 1962 novel A Wrinkle in Time, all of the above applies. So it’s worth not only looking at where the filmmaker’s story could go next, but also examining what she chose to change from the novel.

Does the film set up a sequel?

A Wrinkle in Time is the first in L’Engle’s Time Quintet — A Wind in the Door (1973), A Swiftly Tilting Planet (1978), Many Waters (1986) and An Acceptable Time (1989). Like C.S. Lewis’ Chronicles of Narnia, the series follows children on a journey that explores faith through science. The next book in the series, A Wind in the Door, follows Meg, Calvin and their principal, Mr. Jenkins (Andre Holland in the film) as they journey to save Charles Wallace from the malevolent force Echthroi. DuVernay’s film could have left out Mr. Jenkins, as he does not play a major role in the first book, but his inclusion suggests it was meant to set up a sequel. Box office returns have been behind expectations and could dampen enthusiasm at Disney for a sequel, but there is plenty left to mine should another installment move forward. In addition to material from the Time Quintet, there are new additions to the mythos that could be explored. For one, former bully Veronica Kiley (Rowan Blanchard) — a new character for the film — seems to have seen the error of her ways following the defeat of the IT, so it would be interesting to see her and Meg have a positive relationship in the future.

What happened to the twins?

Unlike the film, the novel includes twin siblings (Sandy and Dennys Murry) who do not make the journey with Meg, Calvin and Charles Wallace to find their missing father Alex Murry. While Meg is the ordinary child and a struggling student, the twins are the outgoing, athletic children who feel that the family name is up to them to protect — even though they are the middle children. The film chooses to go with with a blended family in which Charles Wallace is adopted. And instead of the twins, the audience gets more of Kate Murry, Meg’s mother, as well as a more intimate look into the marriage and working relationship between her and Meg’s father, Alex. This all allows the viewer to get attached to her on a more emotional level than the book does. The book sets Kate up to be an unattainable idol that Meg will never grow up to emulate, while in the film you get the sense that she can and will grow up to be like her parents. 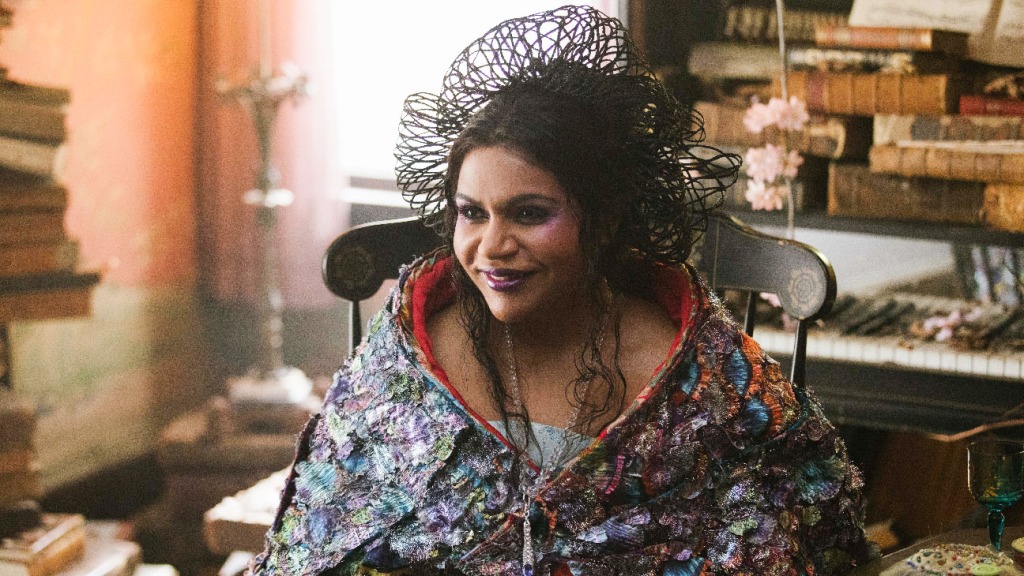 What’s with the new quotes from Mrs. Who?

Mrs. Who has evolved past language and uses the words of others. Her quotes have been updated for the film, and this is one of the better adjustments from the story. Instead of using all of the quotes that L’Engle did more than 50 years ago — like this one from Euripides: “Nothing is hopeless; we must hope for everything” — Mrs. Who (Mindy Kaling) was given an updated list that’s more relatable to modern audience. Even the Shakespeare quotes utilized in the book are changed and pulled from different works. Instead of using a quote from The Tempest (“We are such stuff as dreams are made on”), one from A Midsummer Night’s Dream was used instead (“Love looks not with the eye, but with the mind.”). From Winston Churchill, to Outkast, to the modern-day Poet Laureate himself Lin-Manuel Miranda, all of the quotes were poignant and integral to the tasks and journey that Meg had laid before her.

Where was Aunt Beast?

In the book, one of the aliens that Meg encounters just after being frozen by the IT is Aunt Beast. The large beasts with tentacles, four arms and no eyes are the inhabitants on the planet Ixchel. But they do make a quick appearance — if you know where to look. When the Happy Medium (Zach Galifianakis) sits with Meg to help her find her balance to retrace her father’s tesser journey, viewers are given just a glimpse of the planet Ixchel and the “beasts” that roam there. In the film, it is just one of the places Alex Murry tessered before landing in Camazotz. Including just this nod makes sense for the film; if the entire chapter “Aunt Beast” had been included, it would have taken away from the climatic scene between Meg, Charles Wallace and the IT.

A Wrinkle in Time is now in theaters.

The Brightest Star of 'A Wrinkle in Time'