[This story contains spoilers for Disney’s A Wrinkle in Time.]

It figures that a book advocating nonconformity would, 56 years after its publication, be turned into a movie that refuses to conform to the text.

In spirit, in intention and, yes, in structure and overall plot, Ava DuVernay’s A Wrinkle in Time is recognizable as an adaptation of Madeleine L’Engle’s science-fiction/fantasy/quasi-religious young adult novel. The film follows its source material, staging the search and rescue mission carried out by the Murry siblings, misfit Meg (Storm Reid) and winsome Charles Wallace (Deric McCabe), as they travel the cosmos in search of their long-lost wacky scientist father, Alex (Chris Pine). Along the way they’re aided by three women jointly referred to as “the Mrs. Ws,” Mrs. Whatsit (Reese Witherspoon), Mrs. Who (Mindy Kaling), and Mrs. Which (a 50 foot-tall Oprah Winfrey), and by Calvin (Levi Miller), Meg’s high school classmate who harbors a thoroughly adorable crush on her.

But the similarities mostly end there. L’Engle had her vision for her narrative, and DuVernay has her own vision for that narrative in 2018, mostly scrubbed of its overt liberal Christian allusions, stocked with dazzling wardrobe design, supplemented by seemingly endless costume changes, and awash in a vibrant color scheme that cuts a stark contrast with L’Engle’s decidedly less chromatic palette. If we’re being fair to L’Engle, the written word is severely handicapped in conveying color compared to cinema, so praising DuVernay’s eye for brightly hued backdrops feels awkward, perhaps even anticlimactic. All the same, A Wrinkle in Time ‘18 scintillates with such intensity that the obvious advantage film has over literature in this department is overwhelmed, along with our senses.

Purists might take issue with DuVernay’s approach to turning L’Engle’s words into images, citing workaday complaints about filmmakers taking liberties with beloved childhood classics when shaping those classics into earnest big-screen spectacle. But if there’s any one way to make A Wrinkle in Time into a movie, it’s any way that suits its director’s point of view. A Wrinkle in Time isn’t an insect trapped in amber. Arguably, no book is. Even the most faithful adaptations tinker with the parts of their source materials, from Peter Jackson’s The Lord of the Rings to Gary Ross’ The Hunger Games. But those books aren’t driven by the fight against conformity. In A Wrinkle in Time, that fight acts like gravity. It anchors the story in place. Without it, much of the book’s late stage developments simply wouldn’t stay grounded. 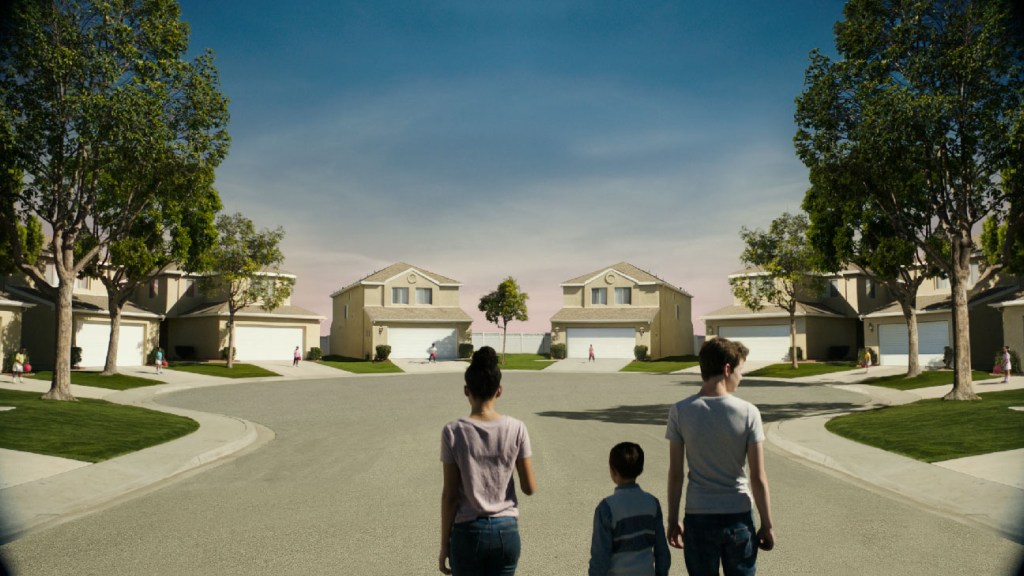 That dynamic is best embodied in the taking of Charles Wallace, possessed partway through the story by IT, a nefarious entity in the guise of an overlarge disembodied brain; in its presence, Meg, Calvin and Alex are subject to telepathic assault, attempts to take over their minds, but it’s Charles Wallace alone who falls under its spell. Once he does, he becomes a spokesperson of a sort for IT, which in this case means “creepy child antagonist,” and preaches the word of his new master. IT, you see, advocates groupthink, and has seized control of the inhabitants of the planet it has made its home, Camazotz; there, IT dominates the minds of all, and all live in lockstep with one another in accordance with IT’s will. Children stand in the driveways of their cookie-cutter suburban dwellings, each bouncing a ball in time with one another before their mothers call them inside for dinner. A Wrinkle in Time is a lovely movie, but Camazotz is made from the stuff of the most hideous nightmares.

DuVernay understands that struggle against conformity on a molecular level, and exceptions aside, she avoids hewing too close to L’Engle’s words. The closest she comes to simply putting the book on celluloid is in her characterization and casting of Meg, and in the sequence where the gang arrives in that suburban horror show on Camazotz. (Noteworthy: Camazotz differs in DuVernay’s film from L’Engle’s book. L’Engle describes it as a planet enslaved by “the Black Thing,” the source of all evil in the universe. In the movie, they’re one and the same.) Everything else is recognizably unrecognizable, familiar to anyone who has read the book but contextualized and presented anew. 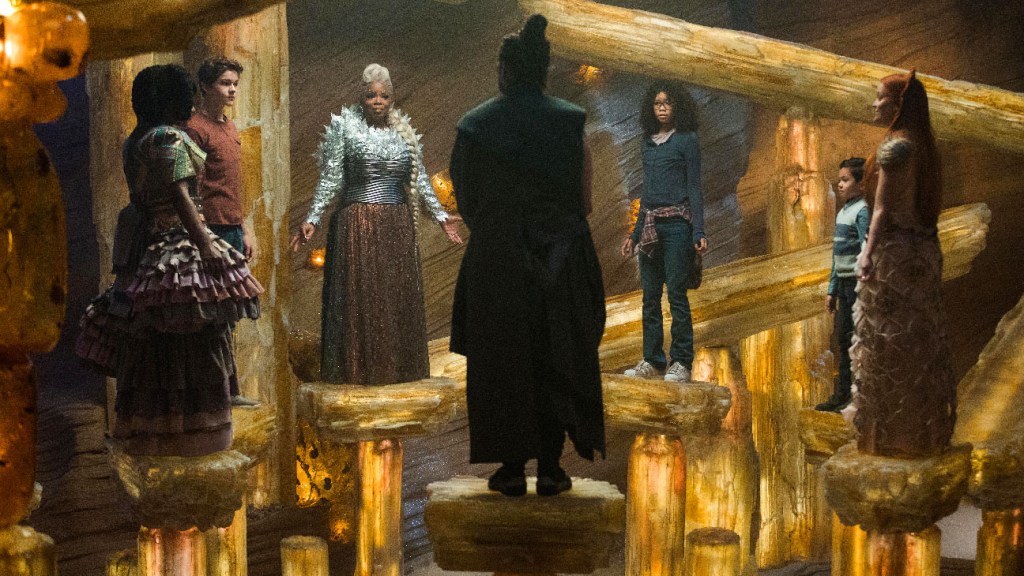 The Mrs. wear outfits ranging from flowing hippie dresses to glamorously adorned armor, rather than the traditional witch’s garb they’re bedecked with in the book. When Meg finds and finally saves her father, he is imprisoned in a corridor of soft orange light instead of impenetrable darkness. Mrs. Whatsit’s true form isn’t the luminous centaurian creature L’Engle sketches out on the page but a verdant being that’s half manta ray and half a leaf on the wind; she feels like she’d be right at home in an Avatar film. Even minor characters like the Happy Medium (Zach Galifianakis) become more substantial in DuVernay’s hands. L’Engle’s Happy Medium is a woman with a crystal ball. DuVernay’s is, well, a Zach Galifianakis character outfitted as a cranky guru type.

If you’re unacquainted with the book, DuVernay’s A Wrinkle in Time will likely strike you as a delightfully bizarre and honestly sentimental blockbusting. If you are acquainted with the book, the film may strike you the exact same way, and that’s a credit to DuVernay. Altering L’Engle’s work ultimately honors its message and its meaning: that we have a right, even a duty, to be ourselves without reservation or apology. If DuVernay communicates that idea well within her movie, she embodies it through her aesthetic.

'A Wrinkle in Time': Film Review