Evan Peters is rejoining the X-Men.

The actor, who played the breakout character Quicksilver in X-Men: Days of Future Past and X-Men: Apocalypse, is reprising his role as the mutant speedster for X-Men: Dark Phoenix.

Also coming on board the movie, which is beginning production in Montreal this week, is Lamar Johnson, one of the stars of the BAFTA Award-winning Canadian show The Next Step.

Dark Phoenix is bringing back the recent mainstays of the X-Men franchise — Jennifer Lawrence, Michael Fassbender, James McAvoy and Nicholas Hoult — as well as reuniting the younger actors of Apocalypse — Sophie Turner, Alexandra Shipp, Tye Sheridan and Kodi Smit-McPhee — as it adapts a key storyline from the X-Men comics.

Longtime X-Men steward Simon Kinberg is writing and making his directorial debut with the movie, which is slated to open Nov. 2, 2018.

Peters’ Quicksilver was not part of the story when it was first told in the comic book medium, but the character has become an audience favorite with his appearances in the two previous X-Men movies.

Johnson’s character is being kept under wraps.

Peters, repped by CAA and Ziffren Brittenham, has starred in multiple seasons of American Horror Story and last year appeared with Michael Shannon in Elvis & Nixon.

Johnson will next appear in the thriller Kings with Daniel Craig and Halle Berry. He is repped by WME, LINK Entertainment, and Jackoway Tyerman. 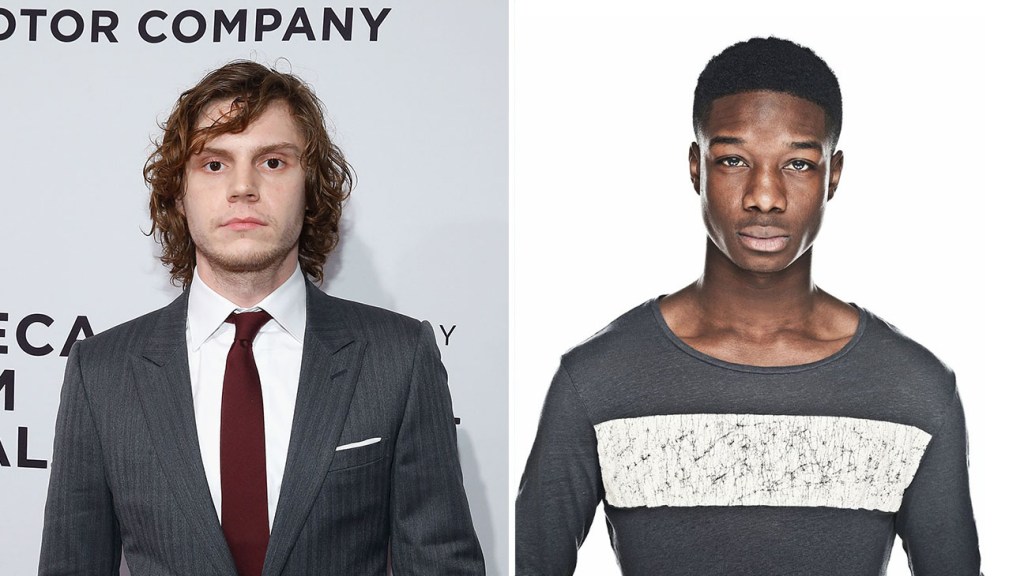