For the pivotal role of Minari‘s unconventional grandmother who shakes up the Yi family in more ways than one, director Lee Isaac Chung turned to Korean screen legend Youn Yuh-jung, who has built a career out of playing daring, unorthodox women. After winning Korea’s Blue Dragon Award for best actress in her film debut as the country girl turned femme fatale in 1971’s Woman of Fire (part of director Kim Ki-young’s iconic Housemaid trilogy), Youn quit acting in her prime to immigrate to the U.S. A decade later, she returned to Korea and mounted a comeback, continuing to shatter conventions and earning acclaim in such films as A Good Lawyer’s Wife, The Taste of Money and The Bacchus Lady. Now 73, Youn finds herself on her biggest stage yet.

Like the family in Minari, you and your former husband actually moved to the U.S. in the 1970s and lived in Florida for about a decade. What was your immigrant experience like?

My husband had a student visa, so we were planning to just study and then come back to Korea. But you know, plans never work out, so we ended up applying for green cards and staying almost 10 years. My two sons were born and raised there. There are lots of [immigrants] from Korea who were well-educated college grads, even with master’s degrees, but because of a lack of English, they couldn’t have a proper job. I’m sure Isaac’s parents were like that, too; they had to work wherever they got the money. That situation makes you feel very, very depressed. “Who am I? What am I doing here?”

Was there a large Korean community in St. Petersburg?

Not at all. That was back in ’74. There was none. So that’s why I had to [learn] English, in order to communicate with American people. And I attended a Southern Baptist church in Florida, so I actually experienced a little bit of everything [in the film].

Your character goes through a dramatic shift in the movie. Was there a certain aspect that was most challenging to film?

Of course physically, the fire was the memorable scene. It was a low-budget movie, so there weren’t many skilled technicians on set. We had to measure how the wind was blowing, but it wasn’t very accurate, so the flames came toward my face. I was struggling because I tried to put out the fire, and I’m a very old-time actress. My principle is that until the director says, “Cut,” I should go on. So I kept trying to put out the fire, and there was no sign to cut. He’s not yelling anything. Finally, some of the crew had us stop. It turns out Isaac forgot to say “cut.” Isaac is a very sweet man, he felt bad about that situation, but we made it OK. (Laughs.)

Are you getting more interest here in the U.S.? What would you like your career to look like next?

With my English, I’m not sure I can get a role for an American movie, but if there’s some role for a Korean immigrant lady who cannot speak fluently, then I could try one more time. (Laughs.)

What is the difference between roles for older women in Korea versus the U.S.?

All the same. I saw Maggie Smith having an interview with some British company. She said, “There is no role for the old lady.” It’s everywhere. It’s the same. 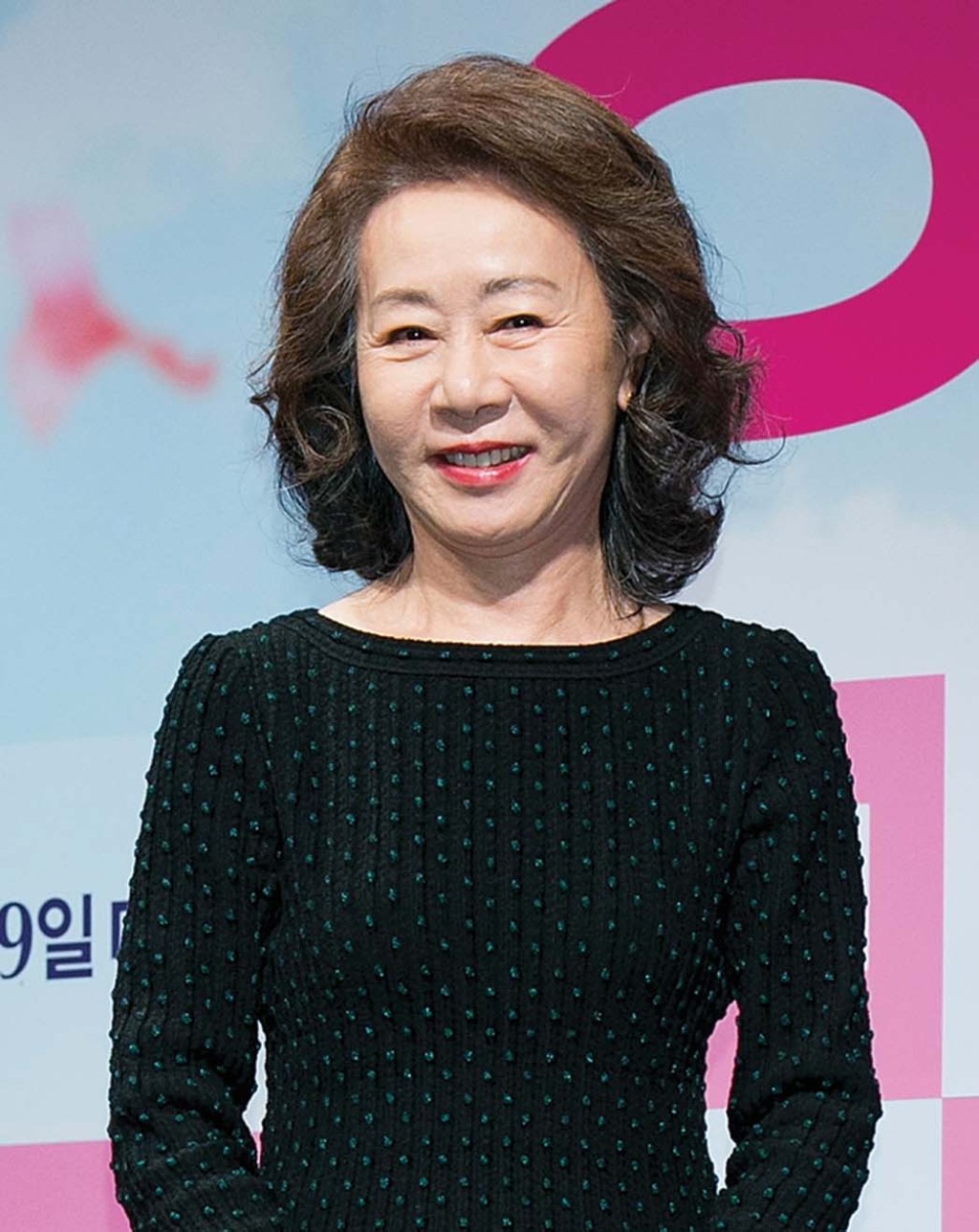