The late Oscar de la Renta may have been famous for dressing the stately and social sets, including every first lady from Jackie Kennedy to Michelle Obama, but his successors Fernando Garcia, 30, and Laura Kim, 35, who made THR’s Top 20 Red-Carpet Designers List for 2017, have reinvigorated the elegant American house with a creative new vision for evening wear that’s resonating with such edgy stars as Big Little Lies’ Zoe Kravitz, who wore a pink-and-black duchess satin gown embroidered with real preserved black roses to the 2017 Met Gala, and calls the new Oscar “the perfect combination between modern and classic.”

Kravitz, Garcia and Kim were photographed for the cover Aug. 2 at an English manor outside of London, where the star, who is the daughter of rocker Lenny Kravitz and actress Lisa Bonet, is filming the sequel to Fantastic Beasts and Where to Find Them.

The last time they had seen each other was on the eve of the Met Gala in May, though the gown had been in the planning stages for months. “It was cool to see how collaborative and involved they were…holding up fabrics, wanting to see what my personality was about and how to make that come through with the dress,” says Kravitz, adding that since she cut her hair into its distinctive crop, she can’t get enough of Oscar de la Renta’s over-the-top earrings. “I’ve been screen-shotting them constantly,” she laughs. 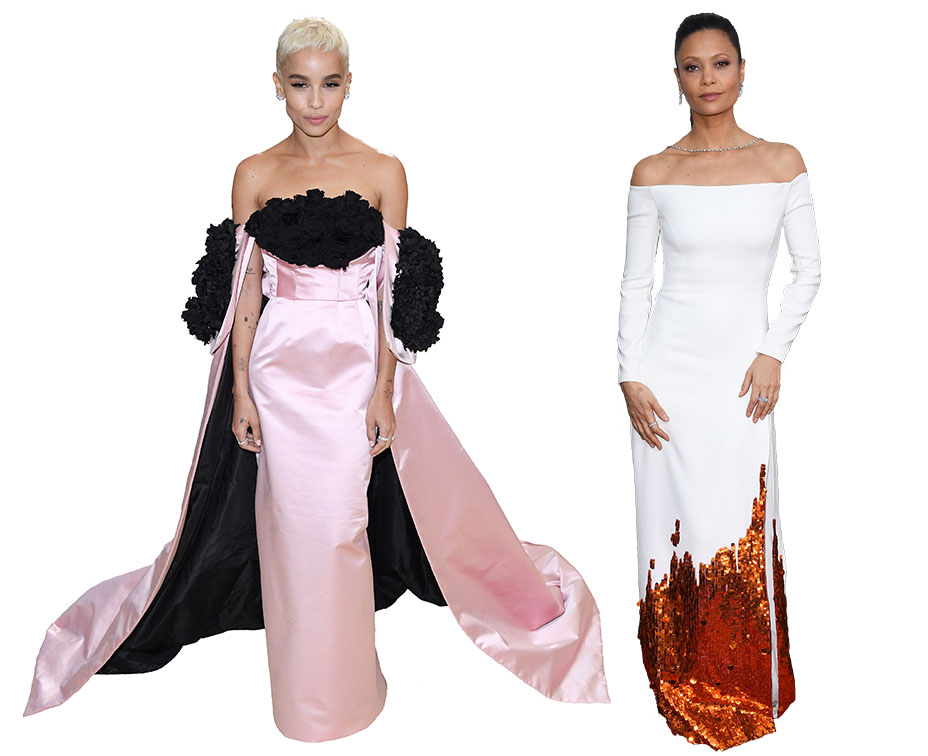 Garcia and Kim also have their own line, Monse, launched in spring 2016 with the concept of “glamour unhinged.” Winning them the 2017 CFDA Swarovski Award for Emerging Talent, Monse has also been worn by a slew of high-wattage celebs, including Sarah Jessica Parker, Diane Kruger, Maggie Gyllenhaal, Yara Shahidi and Westworld’s Thandie Newton, who went with a white Monse off-the-shoulder gown licked with orange flame sequins for the 2017 Golden Globes.

“It’s great to be part of a legacy, but then do your own thing…it’s important to be able to do that as an artist,” Kravitz notes, adding that her favorite flourish from her parents’ lasting style legacies is a collection of feather boas. “My parents were both very into boas for a while,” she laughs. “I don’t wear them, I hang them around my house because they look cool.”

“Yeah, my dad had a lot of boas, too,” jokes Fernando, who grew up in the Dominican Republic and came to fashion through film (The Sound of Music and Secret Garden are favorites) and watching the Oscars red carpet on TV. “I realized that in a way, I can have a film by having a collection. So I started sketching women and that’s how I connected the two.”

“Honestly, it was her idea, and we’re celebrating it in an unabashed way,” says Garcia, giving the Sex and the City actress due credit. “Oscar wasn’t comfortable with it, he didn’t want his name on [the Met Gala dress],” adds Kim, who worked with Oscar for more than a decade before he died in 2014. For further inspiration for their scribble collection motif, they also looked at handwritten notes from such stars as Elle Fanning and Emma Watson, thanking Oscar for dressing them on the red carpet.

Meanwhile, the spring 2018 Monse collection shown Sept. 8 was a pep rally’s worth of red-white-and-blue sportswear celebrating “Americana from a foreigner’s perspective,” says Garcia. (Kim is Canadian-Korean.)  “The two houses are very different and that’s fun — you can be one girl one day, and another the next.” 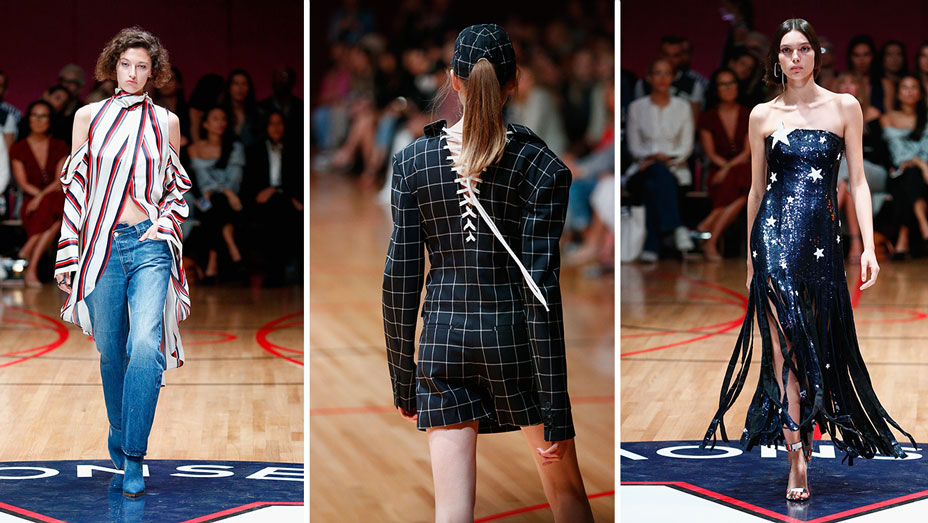 “There’s more openness to young designers being on the red carpet now,” Garcia says, and “so much experimentation being spearheaded by names like Rihanna and Cate Blanchett,” who wore a Monse pantsuit to Comic-Con. Adds Kim: “The morning we saw that, we almost died!”